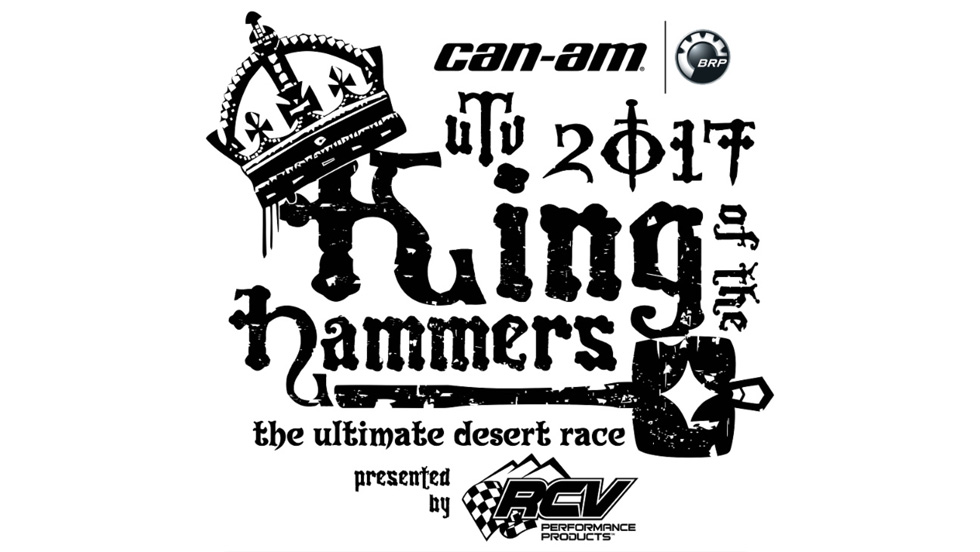 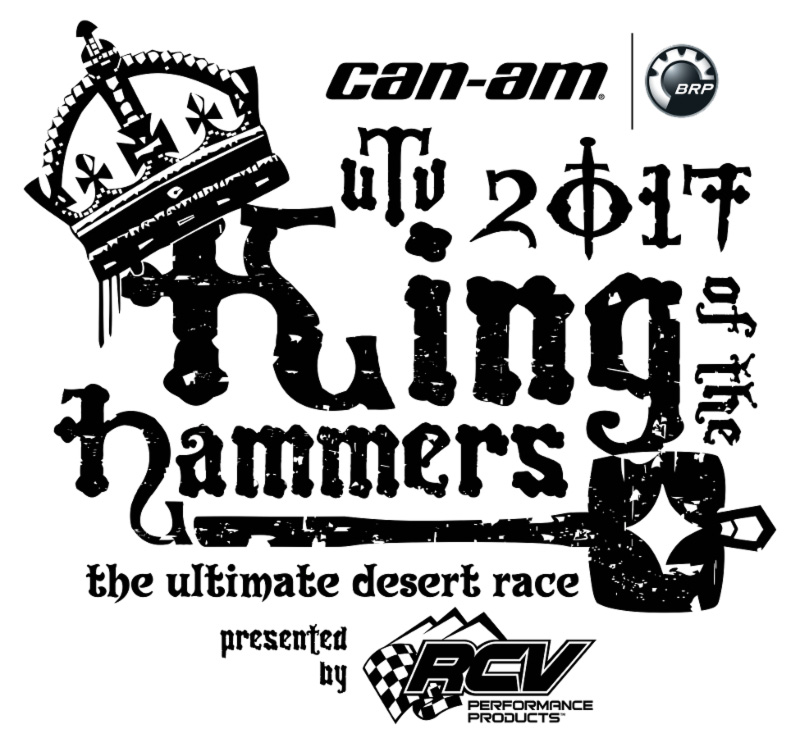 Hammerking Productions, Inc is pleased to announce that BRP’s Can-Am, a leader in the side by side industry, is the Official UTV of ULTRA4 Racing for the 2017 season. The sponsorship also includes title sponsorship of the Can-Am King of the Hammers (KOH) UTV Race.

“We’re excited about partnering with Can-Am,” said King of The Hammers founder Dave Cole. “We’re looking forward to showcasing the unique features of ULTRA4 racing and highlight how Can-Am’s line of UTVs are a great match for the challenges presented by the unique terrain at the Hammers and all of ULTRA4 races in 2017.

This will be the 9th annual UTV race held during King of The Hammers week. The Can-Am King of The Hammers UTV Race will be held on Wednesday, February 8th, 2017 starting at 8AM. 2017 is expected to be the largest side by side race, with more than 70 UTVs expected. The race is widely regarded as the toughest one-day off road race in the world as it combines high-speed desert racing with technical rock crawling utilizing the 4WD capabilities of side-by-sides. Qualifying for UTVs will be held on Saturday, February 4th, 2017. Live coverage of the race will be available at www.ultra4racing.com/live.

The ULTRA4 Season starts February 3rd, 2017 with the opening of Hammertown for KOH Week and consists of 8 races across the US and ends in Reno, NV with the ULTRA4 National Championship. Expect to see Can-Am side by sides not only racing at every ULTRA4 race this season but also as part of the fleet of vehicles that help make all the ULTRA4 races happen throughout the year.

About Can-AM BRP:
BRP is a world leader in the design, manufacturing, distribution, and marketing of motorized recreational vehicles and powersports engines. Built on a 70-year tradition of excellence and headquartered in the Canadian town of Valcourt, Québec, BRP owns manufacturing facilities in Canada, the United States, Mexico, Finland, and Austria, and has a total workforce of more than 7,600 people. BRP products are distributed in over 100 countries by more than 4,200 dealers and distributors. For more information please visit Can-Am.BRP.com.

About ULTRA4 RACING and King of The Hammers
ULTRA4 is a vehicle type, class and series. ULTRA4 Racing was born from the popularity of the annual Nitto King of the Hammers Powered by Optima Batteries, considered to be the toughest one-day off-road race. The vehicles are unlimited four-wheel drive, capable of competing in multiple racing disciplines – extreme rock crawling, high-speed desert racing and short course. In ten years, the sport has grown significantly from the inaugural King of the Hammers to an eight race national series including a National Championship. ULTRA4 Racing is managed by Hammerking Productions located in Temecula, CA. To learn more, log on to www.ultra4racing.com