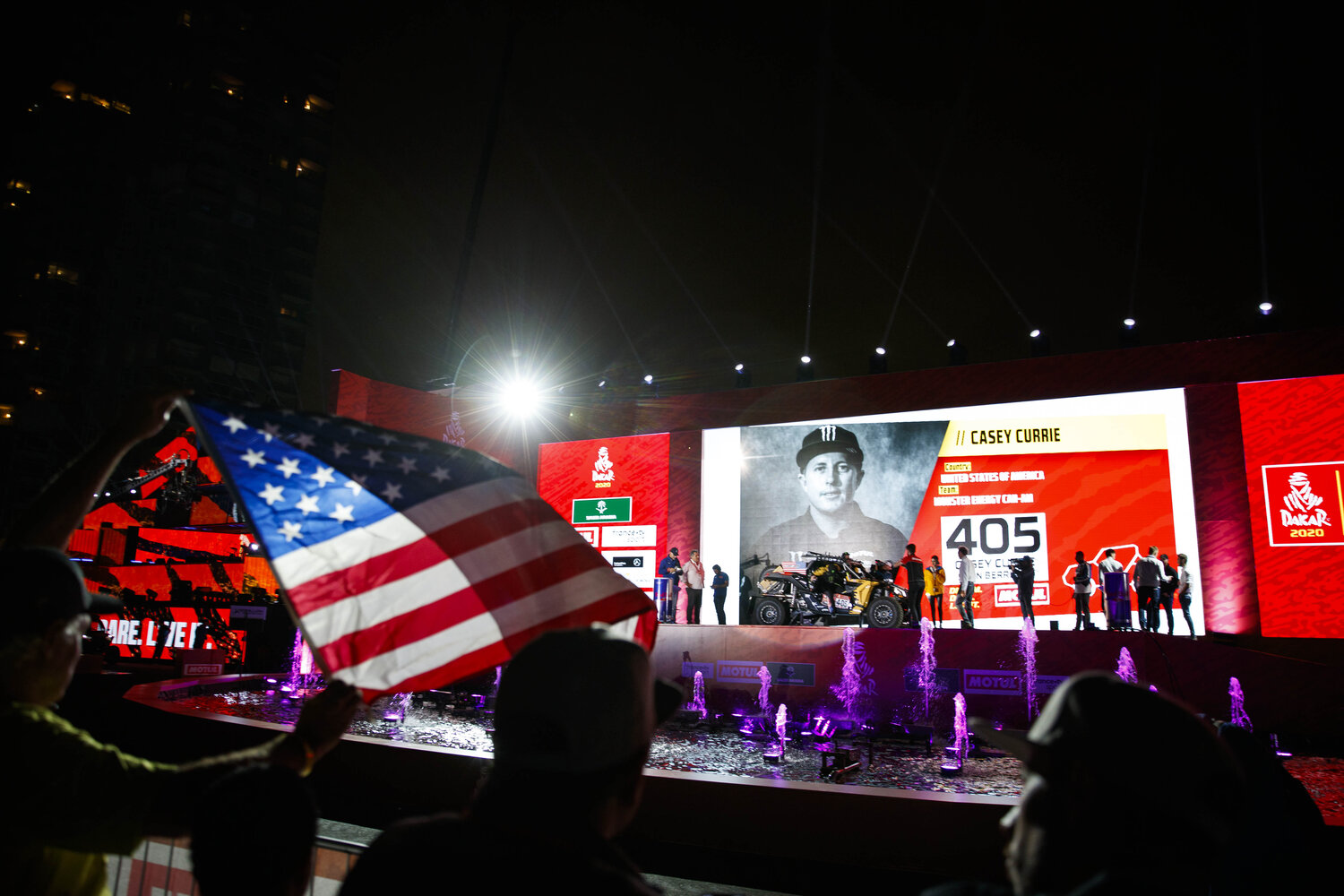 Today is scrutineering and accreditation, so the team will be taking the car over to go through all of the technical specs on the car. Making sure it’s all up to code for ASO standards.

While the crew finalizes the cars before scrutineering Casey heads over to King Abdullah Sports City for accreditation. At accreditation the team has to go through a bunch of steps to get approved for the race. From presenting passports, visas and drivers licenses to getting photos for the tv broadcast. They have to weed through the maze of athletes to find and check off each mark.

Meanwhile the crew has finished up the last checks on the car and have arrived at scrutineering. The final checks are made the King Abdullah Stadium looming in the background. All of the vehicles have to go through this process and if something isn’t up to par they won’t be able to race in the rally. From here the cars will go to Parc Ferme where no one will be allowed to touch the race car before race day. Tomorrow will be podium and the last day before the action begins. 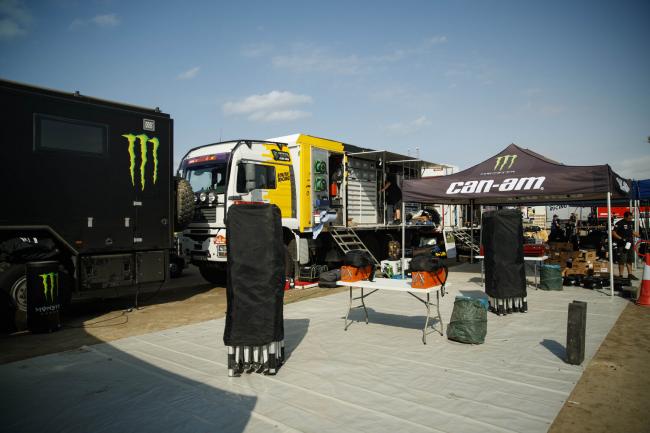 The day of podium is a little mellower for the racers. While the crews pack up all of the assistance vehicles, Casey and Sean dial in their RV. This will be home for the next 2 weeks. So they’re getting everything to be as comfortable as possible for the next few days. Everything from drinks and snacks to bedding and bath supplies. 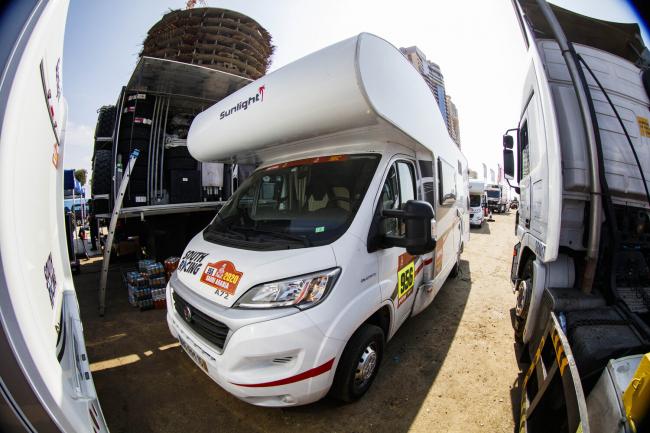 Sean then headed to pick up the road book for Stage 1. Something different for this years Dakar rally is that on 6 of the Stages the navigators will be given the road book the day of the Stage. Instead of the night before where they’re able to mark up the book and make notes. 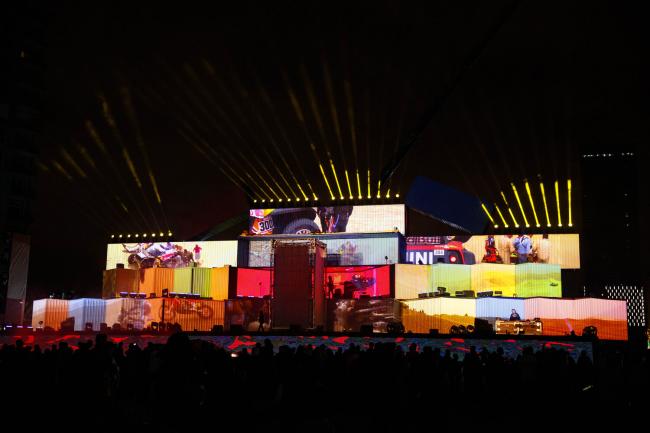 From there the party starts. The podium celebration is a massive festival where the public is able to come and check out all of the drivers and their rigs. It starts at 2pm and goes all the way late into the night. There’s massive performances, this year there was crazy Cirque Du Soleil-esque show complete with dancing bungee jumpers who were adorned with smoke grenades. Casey and Sean went across the stage around 8:45pm to give their last remarks and snag a couple of photos. Then it’s time for one more night of hotel rest before the epic journey. 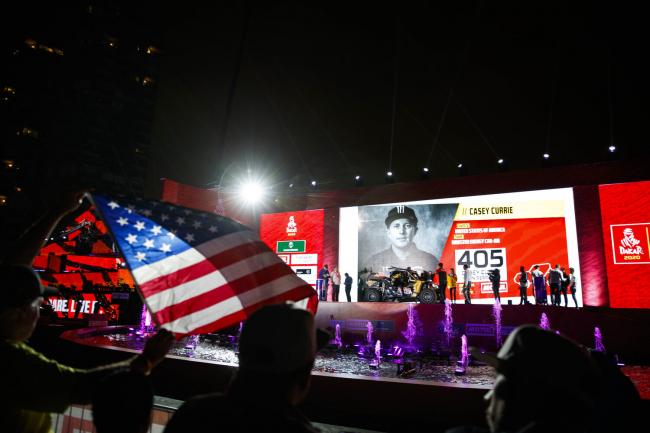 Stage 1 will be 752km long with 319kms being special and will not be a mellow section.