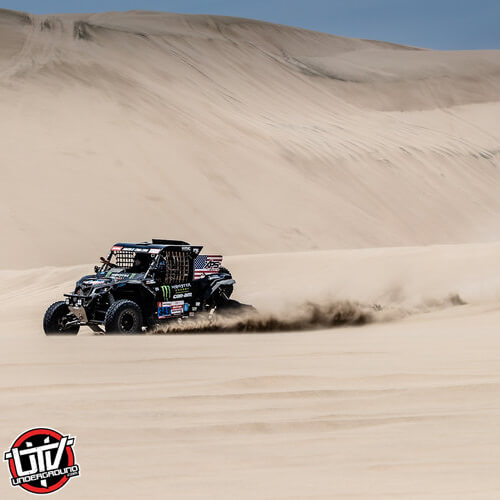 Today started the second half of the rally and in Dakar style it’s the longest stage of the rally. It’s also a double special stage as well giving the competitors a break in the middle to reevaluate the first half of the day. The day began with an early 3am wake up and a 443km drive on the same tight windy cliffside road we drove down a few days earlier.

Arriving up to the start of the first special the wind was howling. A couple last minute checks of the Can-Ams and they were off. Things started very well for Casey as he worked his way through the field of other vehicles. Nearing the end of the special he would get a puncture which would put him down 5 minutes.

Coming out of the special Casey would be in 5th, 00:09:31 behind the stage leader. A quick drive through a local town and a stop for gas and he was back in the desert battling to move ahead.

Todays stage would wind between the inland dunes and coastline sandy beaches. It also had sections the inter weaved with stage 3 making navigation difficult as tracks can be very misleading. Co-drivers must stick to their guns and use the road book to keep themselves on track. As the stage would push on Casey would run into some navigational errors that would leave him short from contending for the stage win. He would finish 3rd on the stage 00:16:56 behind the stage winner. He would also move up in the overall rankings into 5th.

Stage 7 will be the first loop stage of the rally, starting and finishing in San Juan De Marcona. It’ll have a quick 57km liaison to start the day, which leads into a long 323km loop ending in a 6km liaison to the bivouac. The loop will also have the same difficulty of having previous tracks burned in from other stages so navigation will be key. The terrain will feature dunes, gravel, soft terrain, and over half of the stage will be HP. HP is fresh untouched terrain where drivers will be tested to find the safest and quickest route. As the rally nears its final stages, stamina and vehicle preservation will start to play factor in who will come out on top. 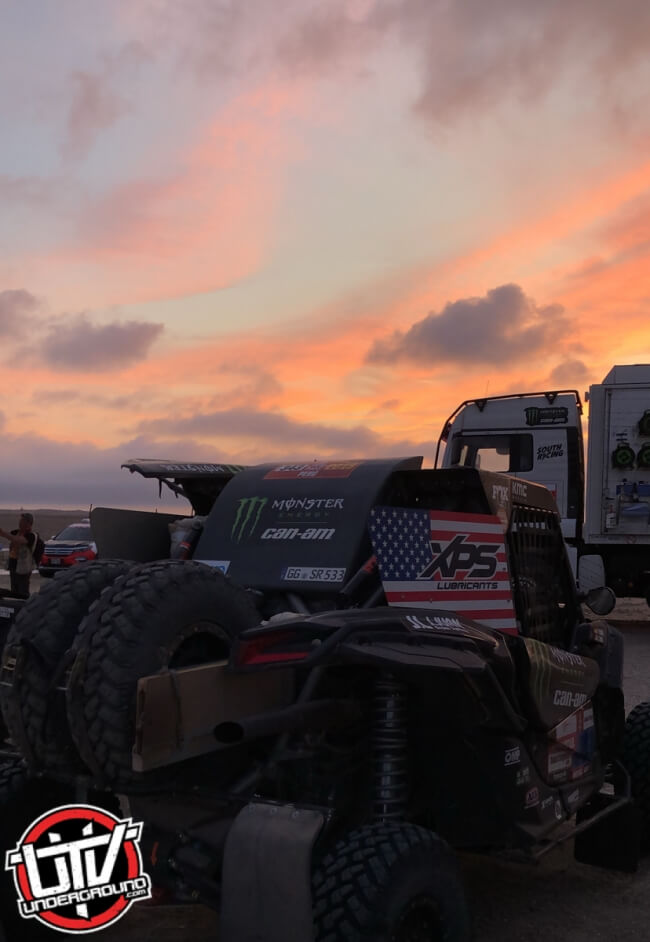