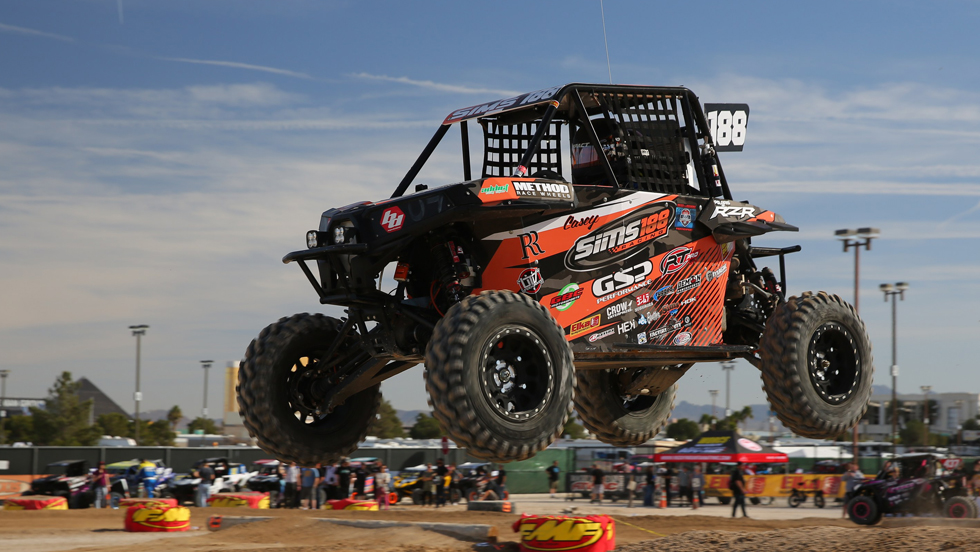 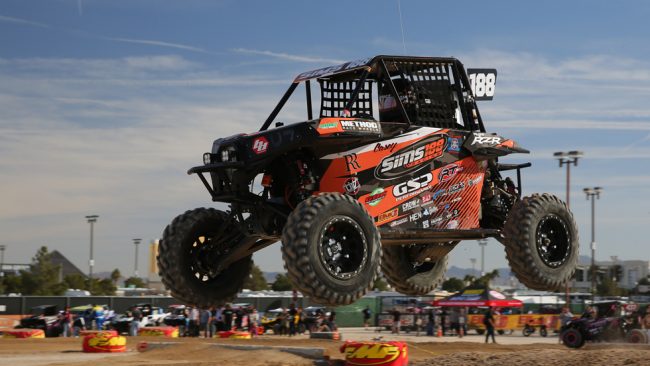 Casey Sims Comes Out Hot at WORCS Round One

February 4, 2018- Las Vegas, NV- The 2018 WORCS season is off to an awesome start! The weekend started off a little rocky, but I have the best team and amazing support! After tons of prep on my car in the weeks prior, everything seemed to be good to go. I was already in Las Vegas at the Orleans Hotel on Friday, and my team had planned to leave that night to meet me there. When they went to load my car, they discovered that I had a blown head gasket. It was too late to try to get parts, so they’d have to wait until the early morning to leave. After many phone calls and creative planning, they were able to get all the parts we needed along the way to Vegas and we fixed my car in the pits on Saturday afternoon. I got to walk the track with the other racers that evening, and I was able to get a good feel for what lines I thought would be best. I was ready to go for the race on Sunday afternoon! 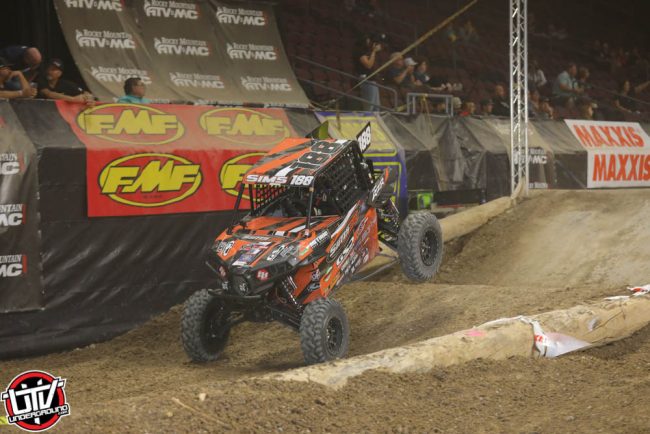 I was up and out at the pits early on Sunday morning. My car was ready to go and so was I even though I was a little nervous. The track was tight so they were starting us two-by-two and we’d be racing the clock. I knew I wanted to be in the first row of my class, so I went to the start line over an hour early and lined up first for the SXS Youth 800 class. We’d also be racing with the SXS Production Turbo 1000 class and the SXS Women’s 1000 class. There were 22 cars in all racing at the same time, and 6 of those cars were in my class. As the turbos took off, they were moving us along and starting each row quickly. Before I knew it I was at the front of the line and the green flag dropped. I took off and was able to get ahead of my competitor by turn one. I settled in and got a good feel for the track on the first lap. The laps were going quick and I was doing them in just under 2 minutes. 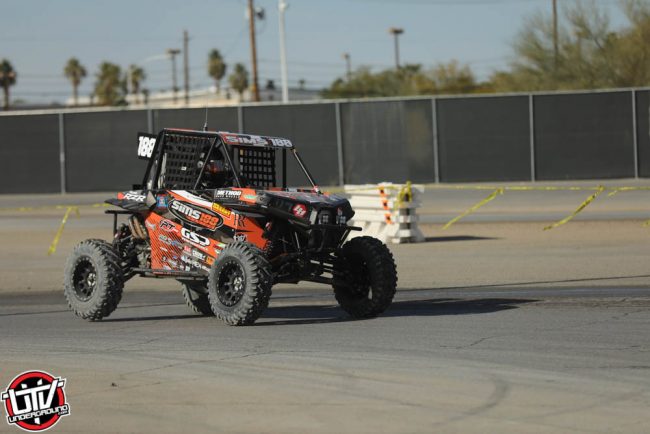 This course was extremely technical and had a dirt and an asphalt section outside, and logs, tires, and an over/under tunnel/jump inside the arena. I was able to get myself into a groove, and for a while, I didn’t have anyone around me which allowed me to keep on the gas and not get hung up in traffic. As I was navigating through the course, I even passed a few 1000’s along the way! I loved this course and drove as hard and fast as I could the entire 30 minute race. I was stoked to cross the finish line in 1st place in my class! I also clocked the fastest lap in the 800 class at 1:55 and I placed 7th overall in all classes! 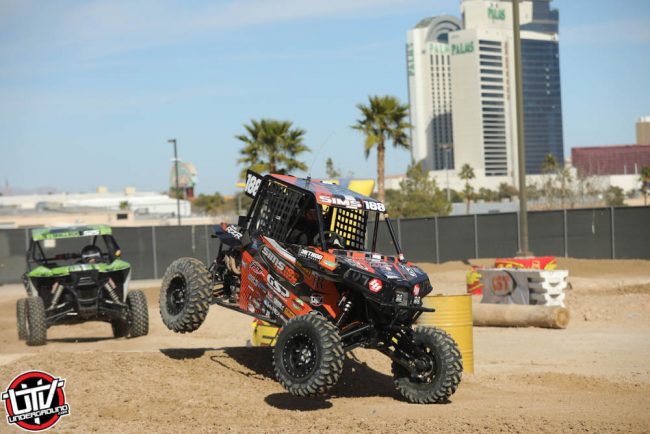 I’ll be racing a double header this weekend at the Quad X & UTV Racing Series round 1 and the DIRT Series round 1 at Glen Helen Raceway. This will be my first race in my RZR XP1000 and I am super excited! 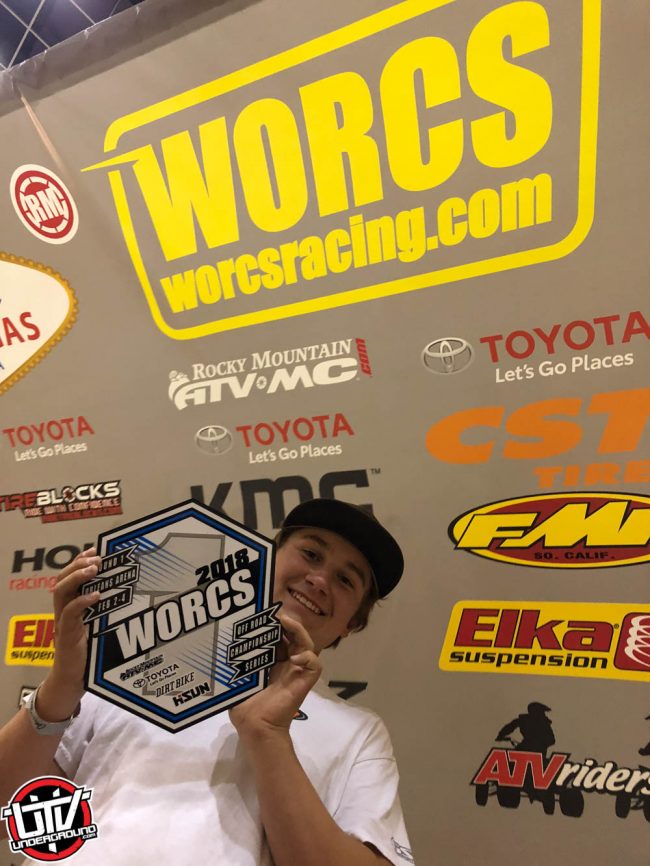 Thanks so much to all of these amazing companies and people that support my program: Got Sand Performance, Addict Racing Engines, Demon Powersports, Method Race Wheels, GBC Motorsports, Crow Enterprizes, Factory UTV, Baja Designs, Gates G-Force, RT Pro, Rugged Radios, Maxima Racing Oils, Crown Performance Products, Elka Suspension, Surface Sun Systems, Butter Supply Co, HOK9, Pavement Recycling Systems, Perrault Motorsports, UTV Underground, and my parents who make this possible for me! Thanks to WORCS for putting on the event and Harlen Foley for the awesome pictures! You can check out the Sims188 Racing team on Instagram @csims188 or on Facebook at www.facebook.com/csims188/.