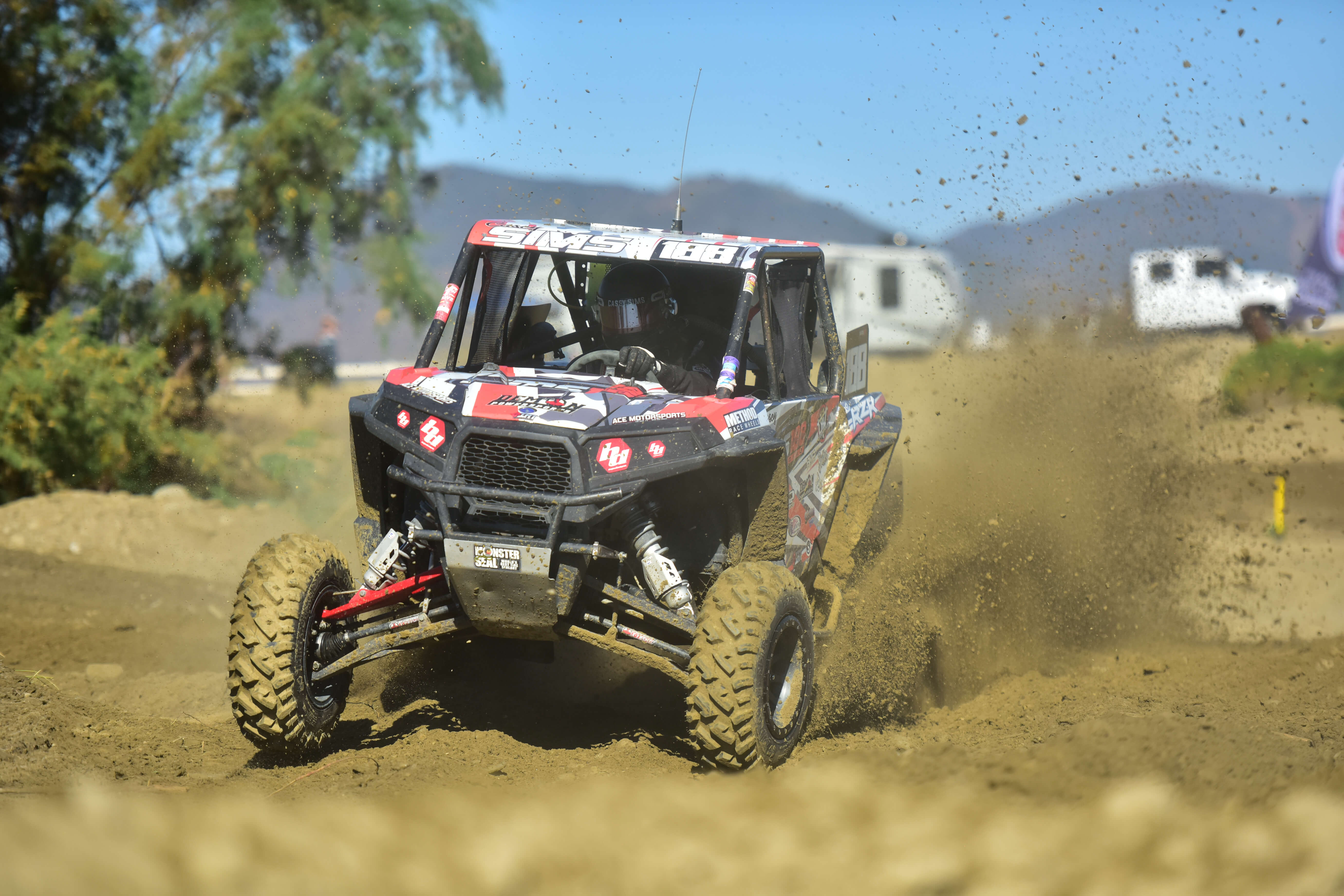 I had another awesome double header race weekend at Fox Raceway, racing the SXS Regionals round 4 on Saturday and the DIRT Series round 7 on Sunday. I was pumped to get back in the driver’s seat of my XP1000! 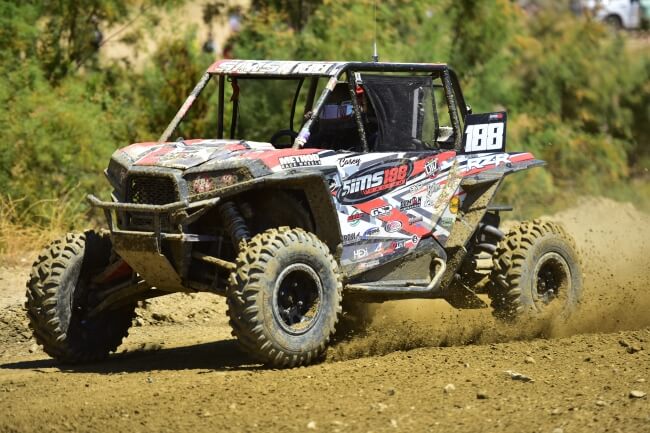 We arrived at the track on Saturday morning in time to run a few practice laps. The car felt great! After practice, I headed to tech and then the driver’s meeting. I raced in the Open 1000 class and we were race number 9 in the line-up for the day. When it was my class’s turn, I headed to the line for moto 1. The flag flew, and we took off! I got the hole shot and rounded turn one! I stayed on the gas as we headed out on to the course and I tried to quickly put a gap between second place and I. With each lap, I gained more of a lead and I stayed focused on the course in front of me. After 7 laps, I crossed the finish line in 1st place!

After going through the line-up once, it was my class’s turn to line up again for moto 2. I picked the same spot on the line and got ready. As the green flew waived, I took off and got the hole shot again as we headed out on to the course! I was able to stay in the lead again for the entire 7 lap race, and crossed the finish line in 1st place. I took home the overall 1st place spot for the day!

On Sunday, we arrived at the track early and I was able to get in a few practice laps. The Dirt Series decided to run the track in the opposite direction from the races the day before. I was stoked because I really like running it backwards. I raced in both the Open 1000 and the Unlimited classes. The Open 1000 class was race 11 in the line-up for the day and when it was my class’s turn, I headed to the line. I lined up in the same spot as the day before and hoped that I could get the hole shot again. The flag flew and we took off. I was third off the line and put the gas pedal to the floor, staying on the car in front of me. I was able to make a pass early in the first lap moving me to second. I caught the car in first and stayed on his bumper going into lap 2. Then, going into a sweeping left turn, I was able to make a pass on the inside moving into the first place spot. For the next four laps, I stayed on the gas, kept focused, and I was able to cross the finish line in 1st place! 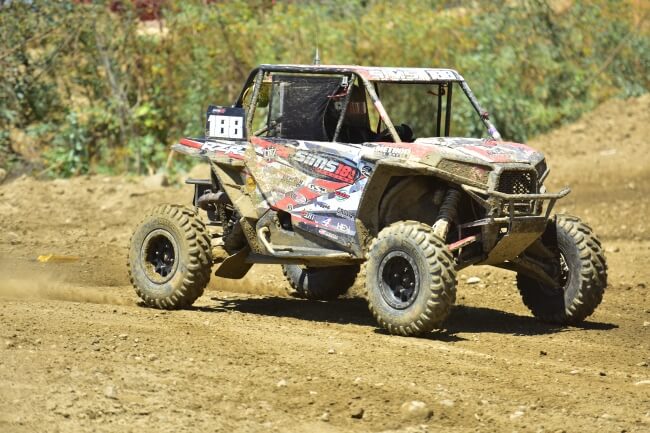 I headed back to my pit briefly before lining up for moto 1 in the Unlimited class, which was race number 14 in the line-up for the day. I decided to line up a little more to the outside this time, and when the flag flew, we took off. I got the hole shot and rounded the first turn! I was able to maintain my first place spot through the entire 6 lap race and crossed the finish line in 1st place! 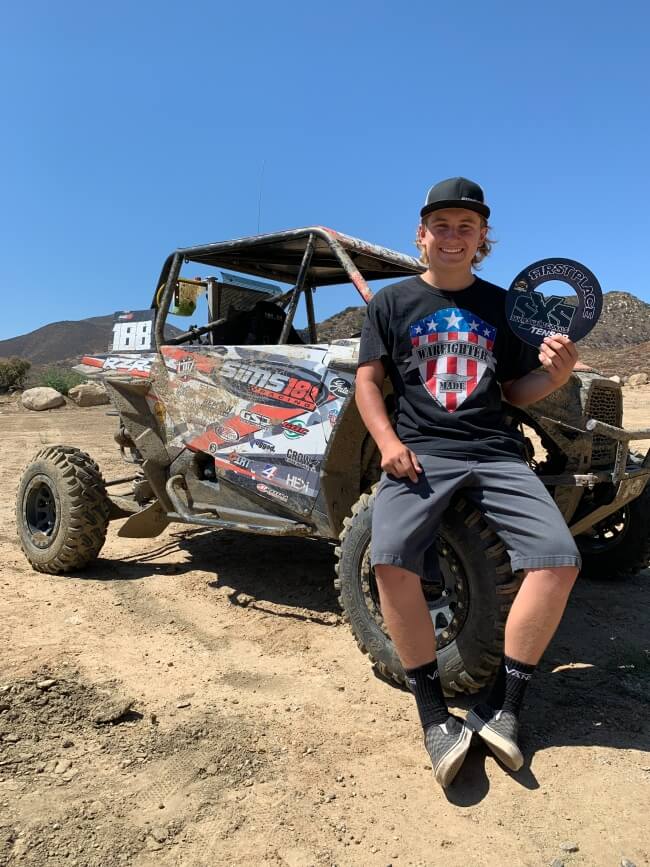 When it was time, I headed back to the line for moto 2 in the Open 1000 class. The flagger made sure we were all ready, the flag flew, and we took off! I was in the third place spot off of the line, but I didn’t waste any time working my way to the front. I quickly made a pass moving into second. Then, I was able to make another quick pass along the back straightaway, moving into first! The ruts in the track were huge from all of the racing that day, so it became more challenging with each lap I ran. In the end, I crossed the finish line in first, taking home the 1st place overall spot in the Open 1000 class!

After a quick splash of fuel in my tank, I headed back to the line for moto 2 in the Unlimited class. We got ready and the flag flew. The cars in my class took off, but I got a bad start and was last off of the line. As I headed out onto the course, I was able to catch the pack and made a pass early on moving me closer to first. I stayed on the gas and moved my way up, eventually taking over the lead! At the end of the 6 lap race, I crossed the finish line in first place, taking home the overall 1st place spot for the day in the Unlimited class! It was an awesome weekend with TONS of racing, and my XP1000 handled it like a champ! 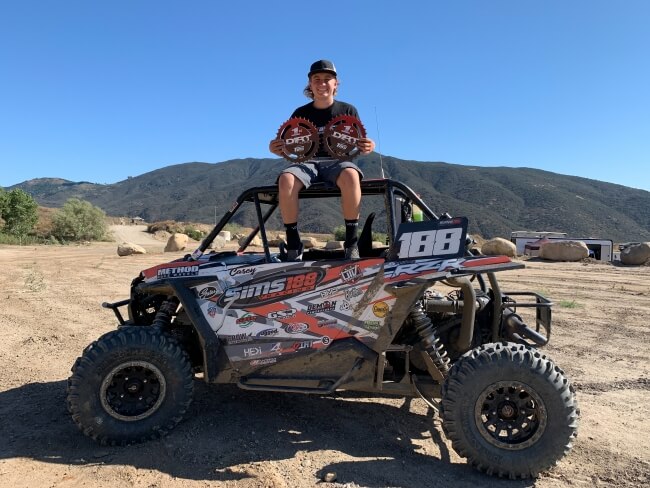 We are busy prepping my RS1 for WORCS round 6 in just a few weeks. We’ll be at Glen Helen Raceway and I can’t wait to be back at it again!