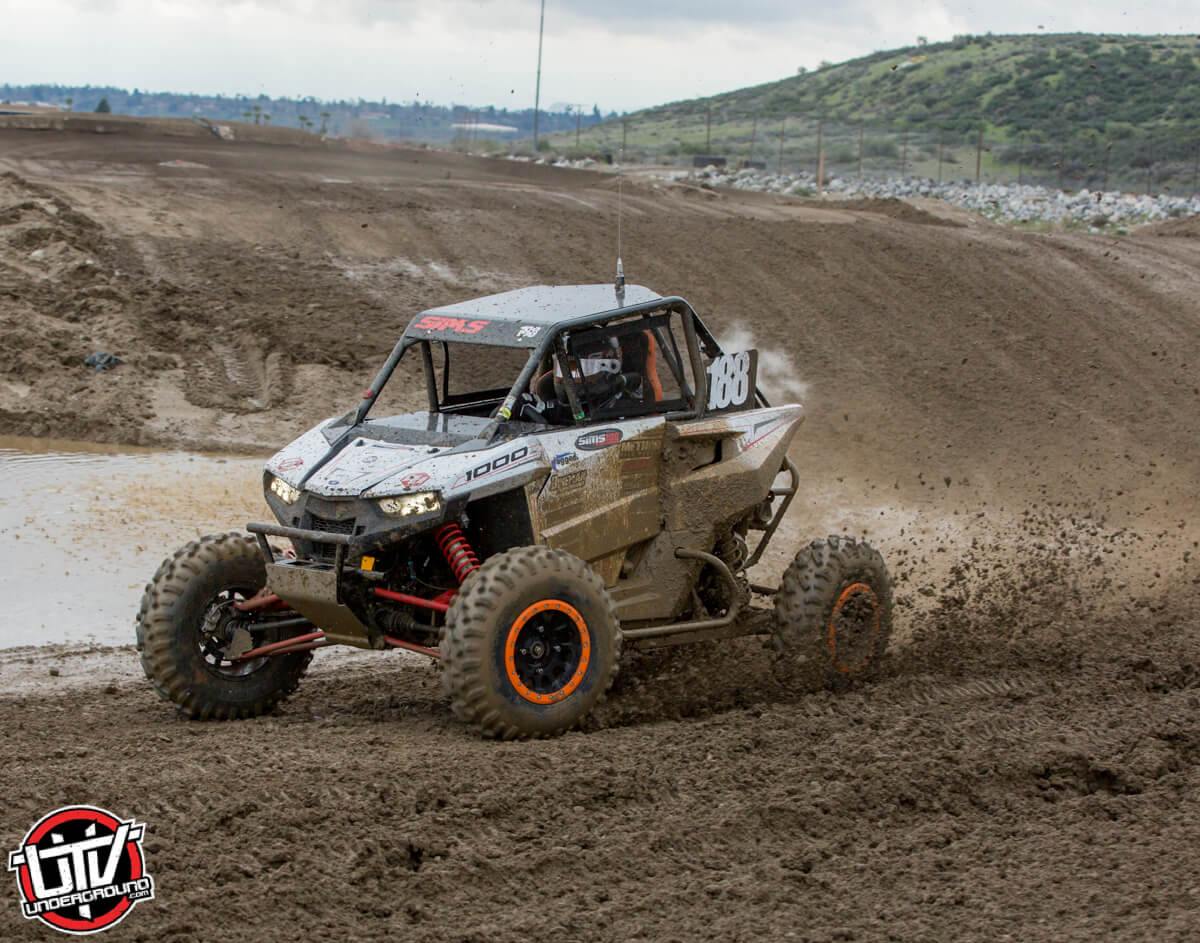 We’re always excited to see how Casey’s racing weekend went, check out Casey Sims report down below about how the race round 1 of the SXS Regional Series went.

I raced a double header last weekend at Glen Helen and it was a mud bog! On Saturday, we headed to the track to race round 1 at the SXS Regionals Series. The SXS Regionals, formerly known as the Quad X Series, is new this year and will focus on SXS racing. We raced on the Lucas Oil track and was pumped! I took my car through tech and went to the drivers meeting where we got the schedule for the day. I was racing in the UTV Production 1000 class and we were race number one in the line-up. 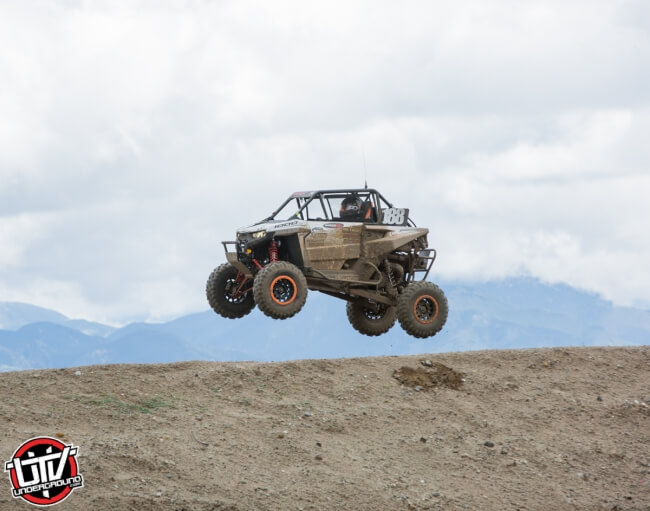 I headed to the line quickly after the drivers meeting to get a good spot. I was in the first row and I got ready for the flag to fly. When the green flag dropped, I hit the gas, and my car died. The other racers all took off from the line and I was trying frantically to get my car started again. After numerous tries, it fired up and I took off. I was last off the line. I hit the gas and focused on the first car in front of me. One-by-one, I passed the cars in my class, until I had reached the 2nd place position. I tried my hardest to catch the 1st place finisher, but I couldn’t get it done. I finished the first moto in 2nd place.

Because my car was running so poorly, we decided not to run the second moto of the day. Instead, we loaded up and headed to Benchmark Performance. Benchmark put my car on the dyno to try to figure out what was going on. After several hours of testing, we felt my car would be good enough to race the next day at round 1 of the Dirt Series.

On Sunday morning, we headed up to Glen Helen in the rain. The temperatures were frigid and the track was muddy, but I was ready to go. I was racing in the UTV Production 1000 class again and my class was race 4 in the line-up for the day. When it was time, I headed to the line. The flag dropped and we all took off. I was running neck in neck with the 1st place finisher as we headed up Talladega hill. I fell into the 2nd place position. I tried time after time to make the pass to take the lead, but I wasn’t able to get around him. I finished the race in 2nd place. 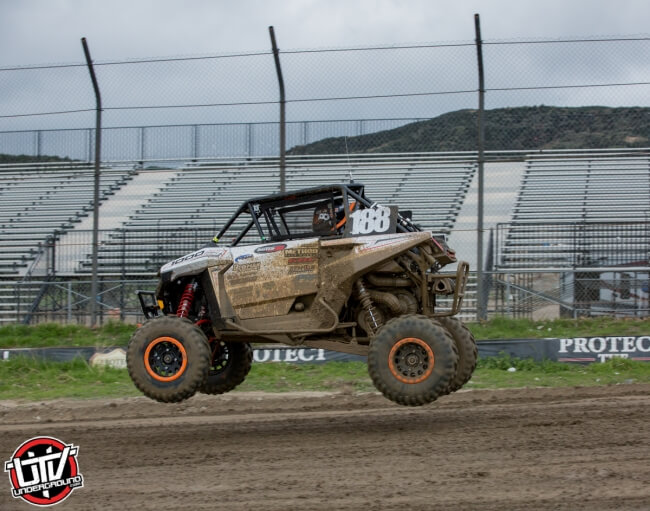 As the day progressed, the weather got worse. By the time we were lining up again, the temperature had dropped and the rain was coming down. The track was a muddy mess, but I was ready. We lined up for moto 2 and took off again as the flag flew. I was running neck in neck again with the 1st place finisher, but once again, I fell into the 2nd place position off the start. As we headed down Talladega hill, I stayed on his bumper and was able to make the pass heading out onto the course! I was stoked! I kept my foot on the gas as I raced through the mud covered jumps, hills, and turns. I stayed in the lead for the first lap and a half, but then a mechanical failure on my car caused me to slow down. During lap 2, I was passed by the 1st place finisher, but did what I could to keep my car in the race. I was able to maintain my position, and crossed the finish line in 2nd place, taking the overall 2nd place spot for the day.

We have been working on my car this week getting it prepped and ready for WORCS round 2 in Lake Havasu next weekend. I am looking forward to it!
Thanks so much to all of these amazing companies and people that support my program: Addict Racing Engines, Benchmark Performance, Demon Powersports, Method Race Wheels, GBC Motorsports, Crow Enterprizes, Energy Coil Racing, Factory UTV, Ace Motorsports, Baja Designs, Gates G-Force, PRP Seats, Rugged Radios, Maxima Racing Oils, Bikeman

Performance, Grounded 4, Tireblocks, Crown Performance Products, Surface Sun Systems, HOK9, Corona Print Shop, Pavement Recycling Systems, Perrault Motorsports, Dirt Rider Designs, UTV Underground, and my parents who make this possible for me! Thanks to Steve for putting on the Dirt Series and SXS Regionals, and Major Impact Photography and K9 Hero Photography for the amazing pictures! You can check out the Sims188 Racing team on Instagram @csims188 or on Facebook at www.facebook.com/csims188/. 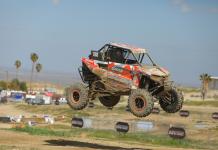