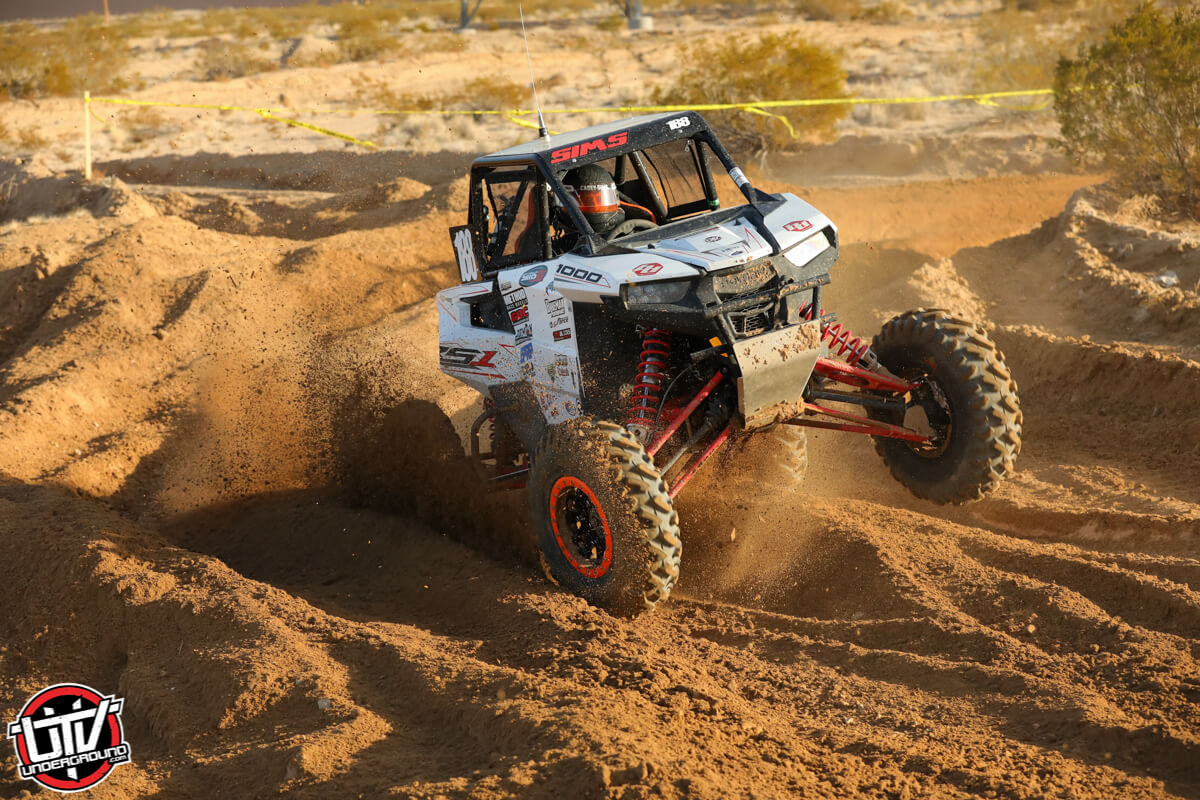 Round 1 of the 2019 WORCS Racing Series was so much fun! My team and I headed out on Friday evening and arrived at Buffalo Bills in Primm, NV around 12:30 a.m. At 6:00 a.m. when the gate opened, we headed in and got our pit and camp set-up. I got checked in at registration and took my new RZR RS1 to tech. After tech, I headed to the driver’s meeting and then we lined up for our controlled speed site lap. The site lap is something new that WORCS is offering this year, and I couldn’t be happier about it! I almost never make it to practice for WORCS races because practice runs on the Friday before racing, and I do not like to miss school. I have gotten used to running WORCS races blind, but with the site lap on Saturday, it will give me a chance to drive the course before racing it. 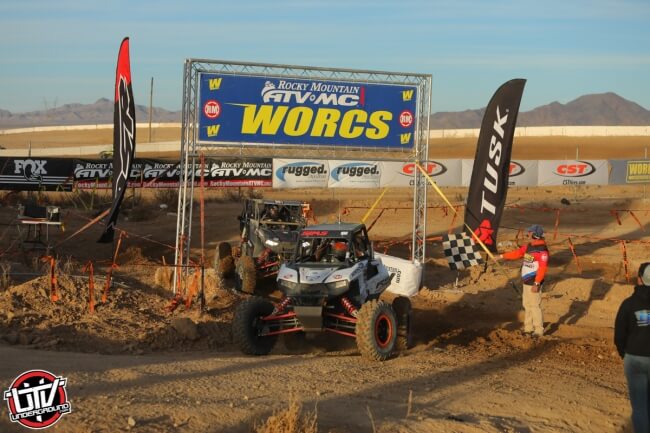 I decided to make the move up in class this year at the WORCS Series. I am now racing in the SXS 1000 Stock class. They lined us up according to points in the class from last year, so that meant I’d be starting in the back of the pack. I got to staging early any way and waited for my number to be called. The SXS Pro Stock class lined up first, taking up rows 1-3. They finally called my number and told me to line up in row 7 (row 4 of my class). After lining us up, we got ready to take off. My class was stacked with 6 rows and 38 cars total. I was in the middle of them all. The rows took off one-by-one, and then it was my time to go.

The green flag flew and we took off! I got the hole shot in my row and I floored it as we headed out into the desert. I had no idea what position I was running in for the first two laps, but I was passing every car that was in front of me as fast as I could. Then on lap three, my pit crew radioed and told me I was running in 6th place. They were watching the live timing and I appreciated knowing where I was. I picked up the pace where I could and continued to pass car after car on the course. This was my first race in my RS1 and it was handling great! After another lap, my pit crew radioed and told me I had moved into the 4th place position. I was stoked and continued to drive hard and fast, passing the cars in front of me. On lap 5, they told me that I had moved into the 3rd place position and that I was going into my last lap, as time was going to expire. I gave it everything I had and pushed my car through lap 6. I crossed the finish line in 2nd place! After the final results were posted, I realized that I missed the 1st place mark by just under 2 seconds.