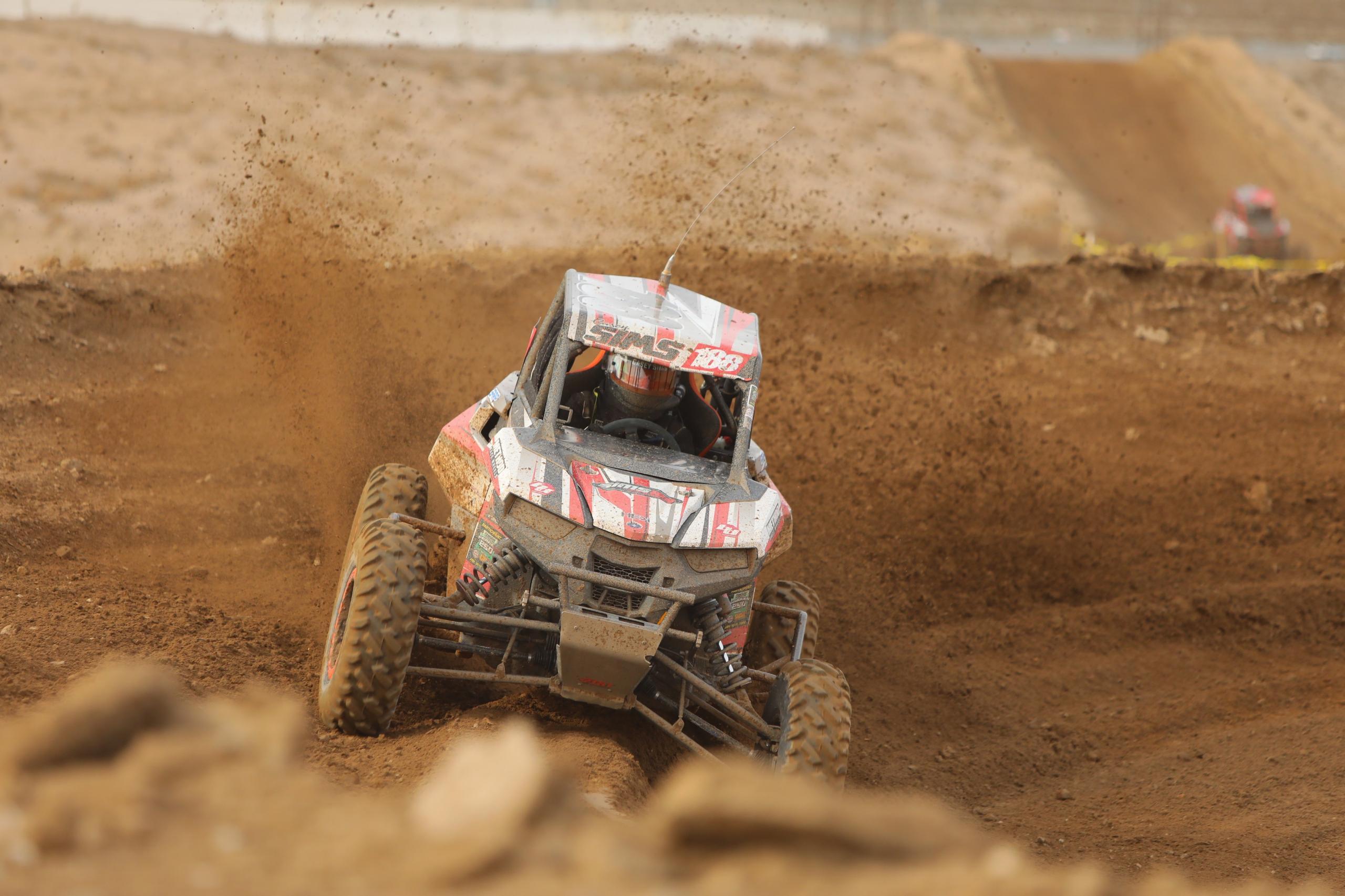 Round 1 of the 2020 WORCS racing season stung a little after Saturday’s race, but I was able to recover quickly on Sunday.

My team and I headed out to Primm, NV on Friday after school. After a very long drive with tons of traffic, we made it to the gate at 10:01 pm, just in time to get through. We parked and headed to the hotel for the night.

After getting up early, running both of my RS1’s through tech and registration, I headed to the driver’s meeting. My crew fueled my car while I checked the tire pressure and I was ready to race.

On Saturday, I raced in the SXS 1000 Production class. We lined up that afternoon and I started on row 2. Row 1 took off and I got ready. The flag flew and we took off! I was second off the line as we headed out into the desert. WORCS changed up the course and I was running blind because I did not make it to practice the day before. I focused on lap 1 so I could get a good feel for the course. After running the first lap, I felt great and my car was handling well. I continued to put pressure on the car in front of me and we were quickly gaining on the first row. By the end of lap 2, I was holding the second place position. During lap 3, I lost my brakes so I had to slow down a little to compensate. I was able to stay in the second place position through laps 3 & 4. Going into the 5th and final lap, something didn’t feel quite right with my car. I felt like I had lost a little power, but I was still giving it everything I had. About a quarter of the way into lap 5, I was coming through a sweeping turn and my car completely lost power and stopped. I got out and quickly realized that a part in the primary clutch had failed. I was out of the race. Because of the amount of time that had elapsed, WORCS awarded me finishing points. I placed 14th out of 30 cars. I was super bummed, but picked my head up and got ready to race on Sunday.

On Sunday, I headed down to the course and made sure everything was ready to go on my new RS1. After a quick once-over, I was ready to go. When it was time, I went to line up with the 30 other cars in the SXS 1000 Stock class. I started in row 1, and when the flag flew, we took off!

I was second off the line again, but stayed right on the car in front of me. I knew the course and I was determined to have a great race. Early in lap 1, I was able to make a pass on the car in front of me through a long sweeping turn. I wanted to put as much distance as I could between us quickly. The second place finisher stayed on my bumper and as we completed lap after lap, there was no room for error. I stayed focused and by lap 4 I had put some good distance between us. As I raced through the course, I hit lapped traffic, but I was able to make quick, clean passes so it didn’t slow me down much. After 5 laps, I crossed the finish line in 1st place! It was amazing!

My team and I are prepping my cars to race at round 1 of the GBC Stadium Series at Glen Helen Raceway on February 8th. Then, we will be back for WORCS round 2 in Taft, CA on February 29th.

Thanks to WORCS for putting on the series and Harlen Foley for the amazing pictures! You can check out the Sims188 Racing team on Instagram @csims188 or on Facebook at www.facebook.com/csims188/.