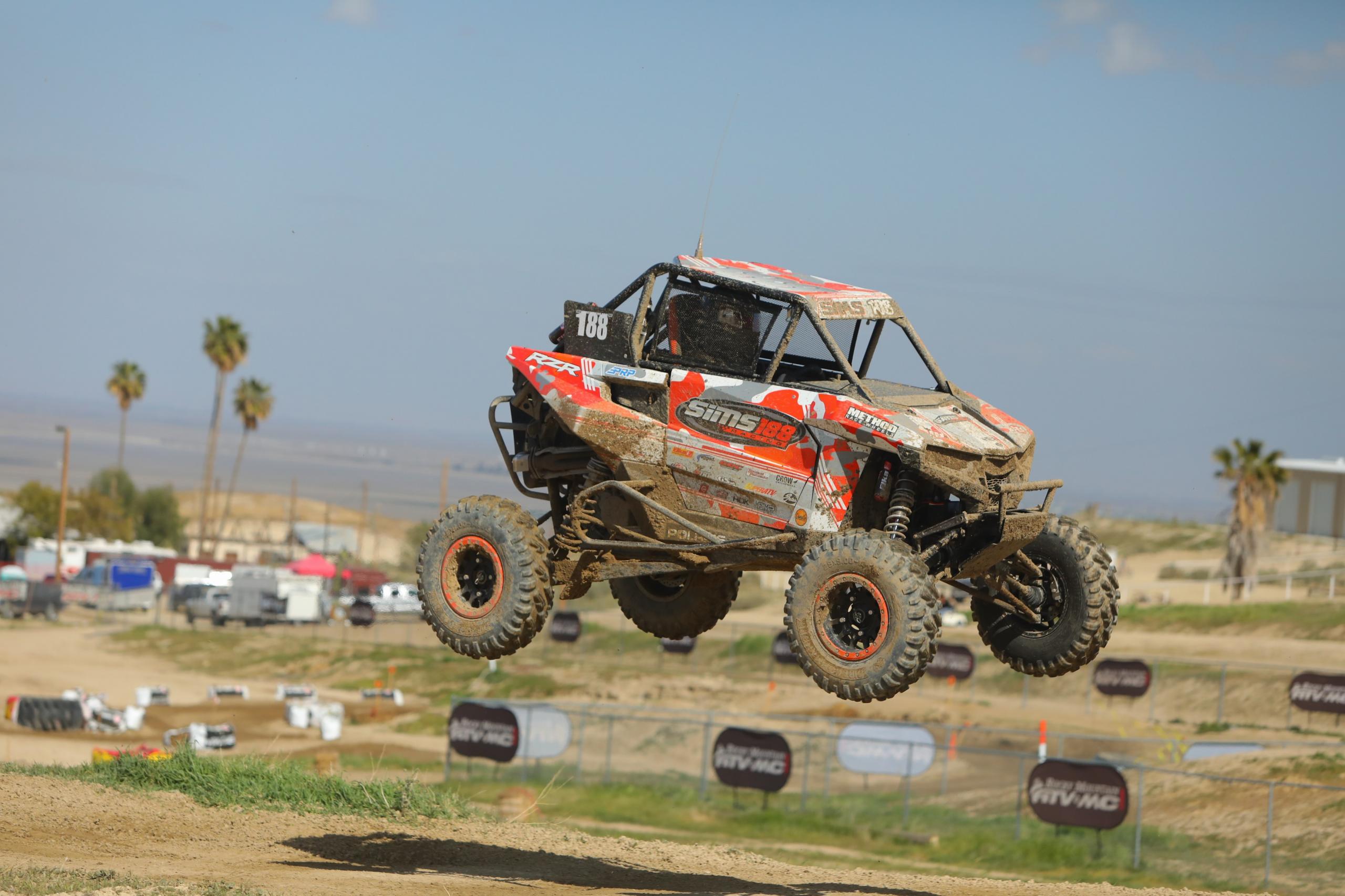 It was an awesome weekend of racing at Honolulu Hills Raceway! My team and I headed to Taft, CA on Friday afternoon. We hit some traffic through the Los Angeles area, but made it to the track before the gate closed. We set-up our pit and then headed to the hotel for the night.

On Saturday, we were up early and headed right to the track. I checked in at registration, ran both of my cars through tech, and then went to the driver’s meeting. I watched as many races as I could before mine because I wasn’t able to make it to practice on Friday. I also talked to some of the other racers to try to get a feel for the course. When it was time that afternoon, I headed to the line.

I raced in the SXS 1000 Production class on Saturday. I started on row 2 and there were 22 cars in the class. The first flag flew, and row 1 took off. Then, I got ready to go. The green flag flew and we took off! I got the hole shot on my row, and hit the gas heading out onto the course. I was running the course blind, so I had to pay close attention to the course markings on the first lap. I was able to quickly put a decent gap between myself and the rest of my row. I stayed focused and was determined to catch row 1.

By lap 2, I had caught the first row and starting making passes on the cars in front of me. One- by-one, with each pass I made, I only focused on the next one in front of me to chase down. By lap 3, I was leading the race on time, and I had passed everyone except for the physical leader. I stayed on the gas and lead for both laps 3 and 4. Going into lap 5, my car starting bogging out and wasn’t running quite right. I kept pushing but lost a little time. In the end, I crossed the finish line in 2nd place. I was stoked! We celebrated with an awesome dinner at a local restaurant and then turned in for the night.

On Sunday, we headed to the track early again. We wanted to make sure everything was ready to go on my stock car. After fueling and checking the tire pressure, I was ready to go. The SXS 1000 Stock class was the second to last race of the day, and when it was time, I went to the line.

I started on row 1 and there were 18 cars in my class. I wasn’t as nervous because I had already run the course the day before. The green flag flew and I hit the gas! I was second off the line but was right on the bumper of the car in front of me. We hit the in-field jumps and headed out on to the course. Somewhere on the back side of the course, I was able to make a pass and took over the lead. I knew I had to stay focused and on the gas to stay ahead both physically and on time. With each lap, I increased my lead a little bit, and in the end I crossed the finish line in 1st place! It was an awesome day, and I was stoked to come home with two podium finishes from the weekend!

We are currently prepping both cars for the WORCS double header next weekend in Lake Havasu City, AZ. We’ve got round 3 on Saturday, March 14 and round 4 on Sunday, March 15 .

It’s going to be a crazy weekend of racing, and I am looking forward to it!