What a weekend we had racing at WORCS round 7! We headed up to Glen Helen Raceway on Sunday morning and got ready for my races that were scheduled in the afternoon. I was pumped to get back in my RZR 800, and I would also be racing my first WORCS race in my RZR 1000. We got to the track, got checked in, and took the cars to tech. After some minor last minute prep, I was ready to race. The races were scheduled back-to-back, so I was mentally preparing myself for a long and hot afternoon in the cars.

The 800 class was scheduled first, and when it was time, I headed to the line. We were racing with the Women’s 1000 class, the 900 class, and the Sport class. There were 5 cars in my class and we were the third row to start. The green flag flew and we took off. I was third off of the line, but was able to make a pass in the first turn to move to the second place position. I then focused on chasing down the first place spot. I stayed on it and was able to make a pass in the first lap taking the lead! I navigated through traffic and stayed on the gas throughout the entire 45 minute race, and crossed the finish line in 1st place! The car ran great and had zero issues!

I jumped out of my RZR 800 and only had a few minutes to get settled in to my RZR 1000. We switched out my radio and I got strapped in to my car. Racing in this class is a lot different. There were 23 cars in my class and I was in the last row to start. When it was time, the green flag flew and I took off. I was second off of the line and took off on the course. I was doing well in the first two laps, but then on lap three, I lost my brakes. I radioed to my pit crew that I was coming into the pits so they could take a quick look at my car. When I got to the pits, there was no fast fix for my brakes, so I headed back out onto the course. I slowed down to compensate for my brake failure and in the end, I crossed the finish line in 15th place. I was hoping for a better result, but I was happy to have finished the race. 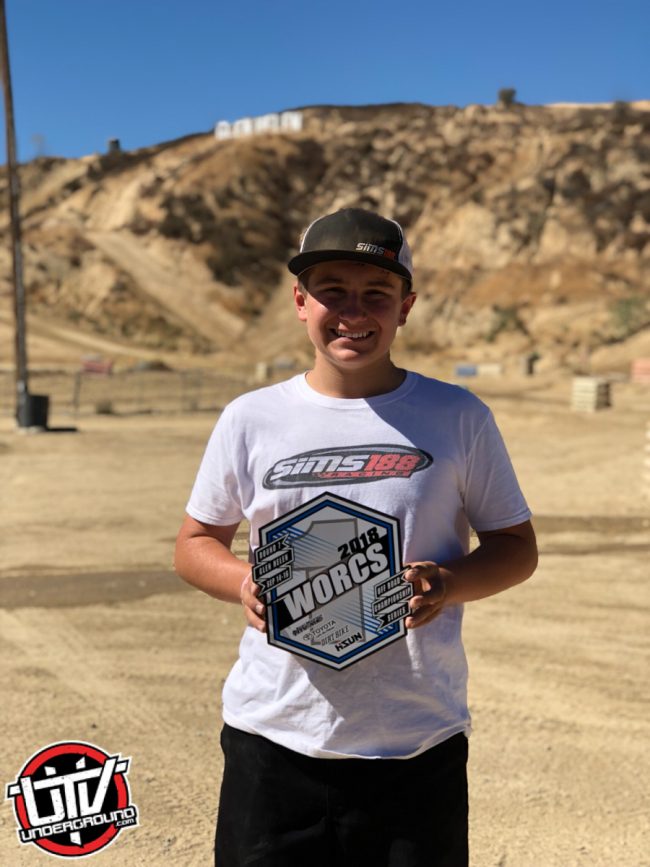 We’re prepping my RZR 1000 for next weekend to race at DIRT Series round 8. I am looking forward to it! 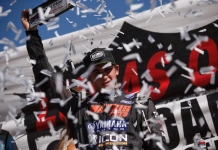