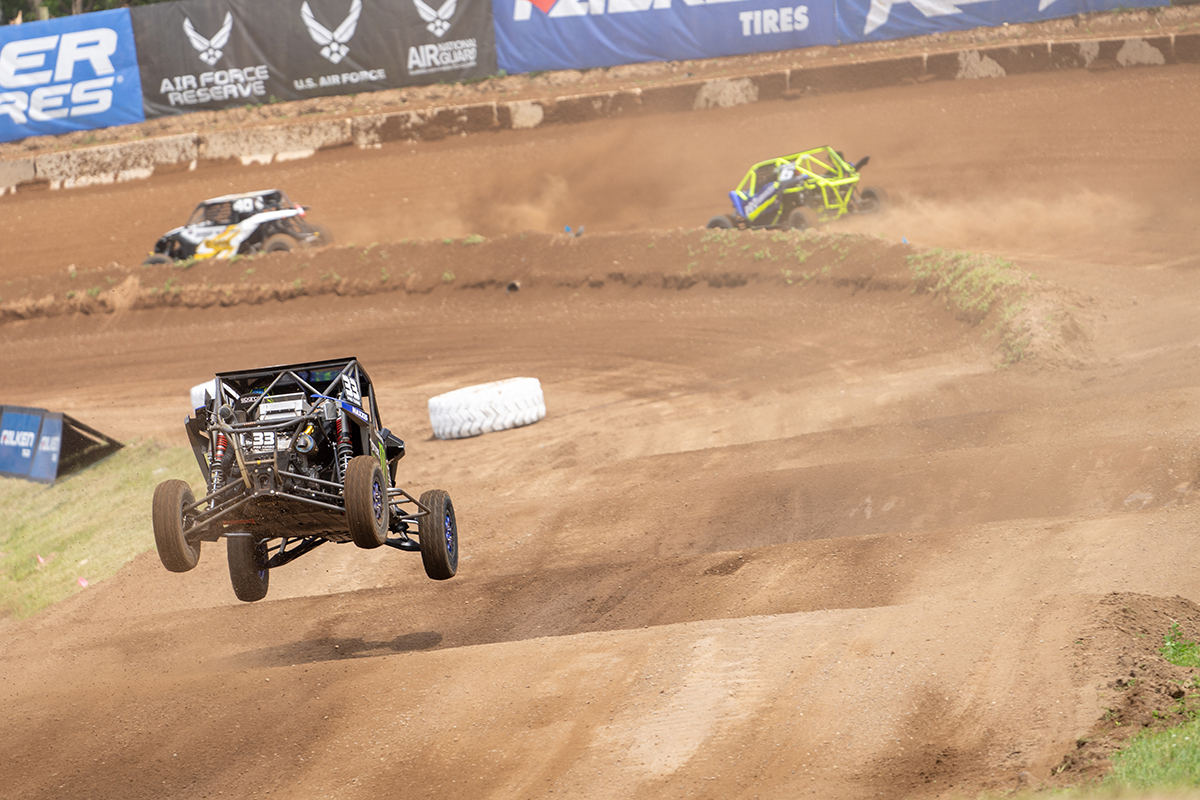 The 2022 Championship Off-Road season continues today and tomorrow with a return to ERX Motor Park for the ERX Off-Road National. Friday and Saturday’s race action, comprising the fifth and sixth rounds of this year’s championship, will see half a dozen pro, sportsman, and youth side-by-side classes take on a refreshed track in Elk River, Minnesota, which counts new clay and bigger jumps among its sea of improvements for the event.

One thing that hasn’t changed, though, is the group of racers who are expected to contend for the Pro victories. The Pro Stock SXS has long served as a battleground for Brock Heger and CJ Greaves, but after multiple years of sharing factory attention from Yamaha, Greaves made the switch to Polaris RZR this year. The adjustment period hasn’t kept him down too much, but a flat tire in the second race from last month’s Crandon Brush Run has allowed Heger to extend a 38-point gap coming into this weekend’s action. Jake Kosmecki, Dallas Nord, and Owen VanEperen complete the current top five in points.

In Pro Turbo, meanwhile, the battle looks to come down to the Yamaha-backed father-son duo of Rodney and Owen VanEperen against Can-Am’s Kyle Chaney. The VanEperens sit first and second in the standings on consistency, but Chaney has roared back since taking a DNF in the season opener from Antigo by winning the past three races. He’s now just five points back of Owen VanEperen for second and 22 behind Rodney’s overall lead. New Zealand’s Hamish Kelsey has proven to be an early-season revelation at fourth in points, while Greaves matches Owen VanEperen by running second in the standings in one Pro class and fifth in the other.

In Thursday qualifying, Greaves topped both divisions, becoming the only driver to crack the 56-second barrier in Pro Turbo and beating Heger by just under two tenths of a second in Pro Stock. The two divisions will combine for more than 40 entries on the weekend.

In the other four divisions, Colin Kernz leads the Pro Am SXS class with a two point advantage over Bill Berger coming into ERX, while Jacob Blemke carries 16 points over Riley Marquardt in the Sportsman SXS division. Ethan Dresel leads Ryker Remington and Chase Braun by just seven and eighth points, respectively, in the 570 class, while Wyatt Olson and Greyson Arneson are also separated by just seven points atop the 170 standings.

Race times will be consistent on both days for all classes this weekend:

In addition, the Pro Stock and Pro Turbo SXS drivers will be signing autographs on site from 1:30-2:30PM on Saturday. For those who can’t attend the race, live streaming will be available all weekend long via FloRacing. Following ERX, the Championship Off-Road season continues on July 30-31 at Dirt City Motorplex in Lena, Wisconsin.