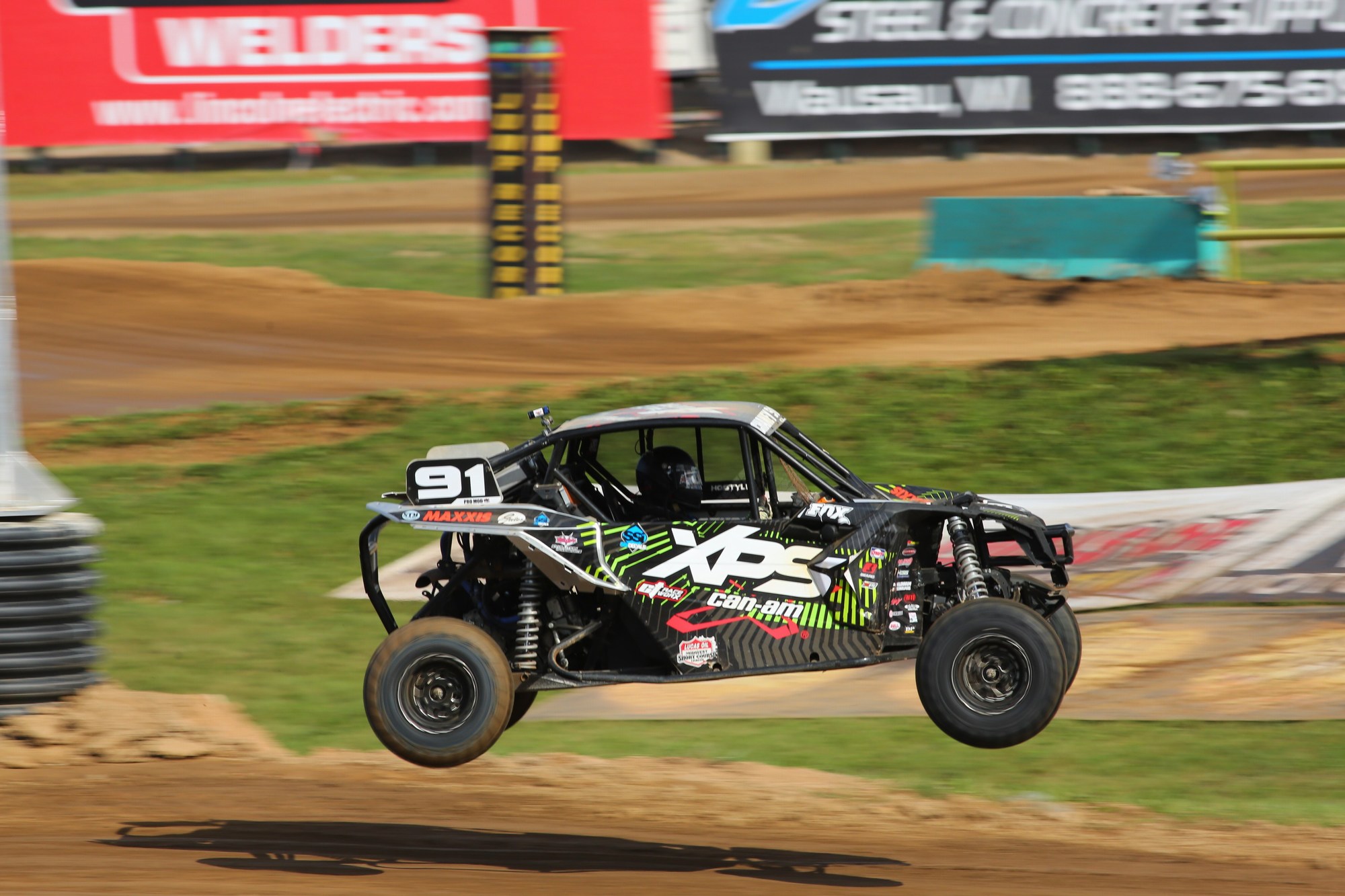 The events were held on Crandon’s legendary short course. They featured land rush style starts in three rows, making the first turn tumultuous at the start of the 12-lap contests.

In Pro Modified, Chaney took the holeshot in his Can-Am Maverick X3 and led every lap. Chaney finished ahead of Tim Farr and 16-year-old Tyler Livingston making for Can-Am podium sweep. Though Chaney did everything he could to clinch the title, winning four of the last five races, he just missed it. That may not matter to Chaney, though, as he looks to move into the Lucas Oil truck series next season in Pro 4.

“My Can-Am was awesome today,” said Chaney. “Can-Ams took the top three spots today so it is definitely the car to be in. I have to give it up to Rod. He ran a solid season and was definitely the man to beat.” 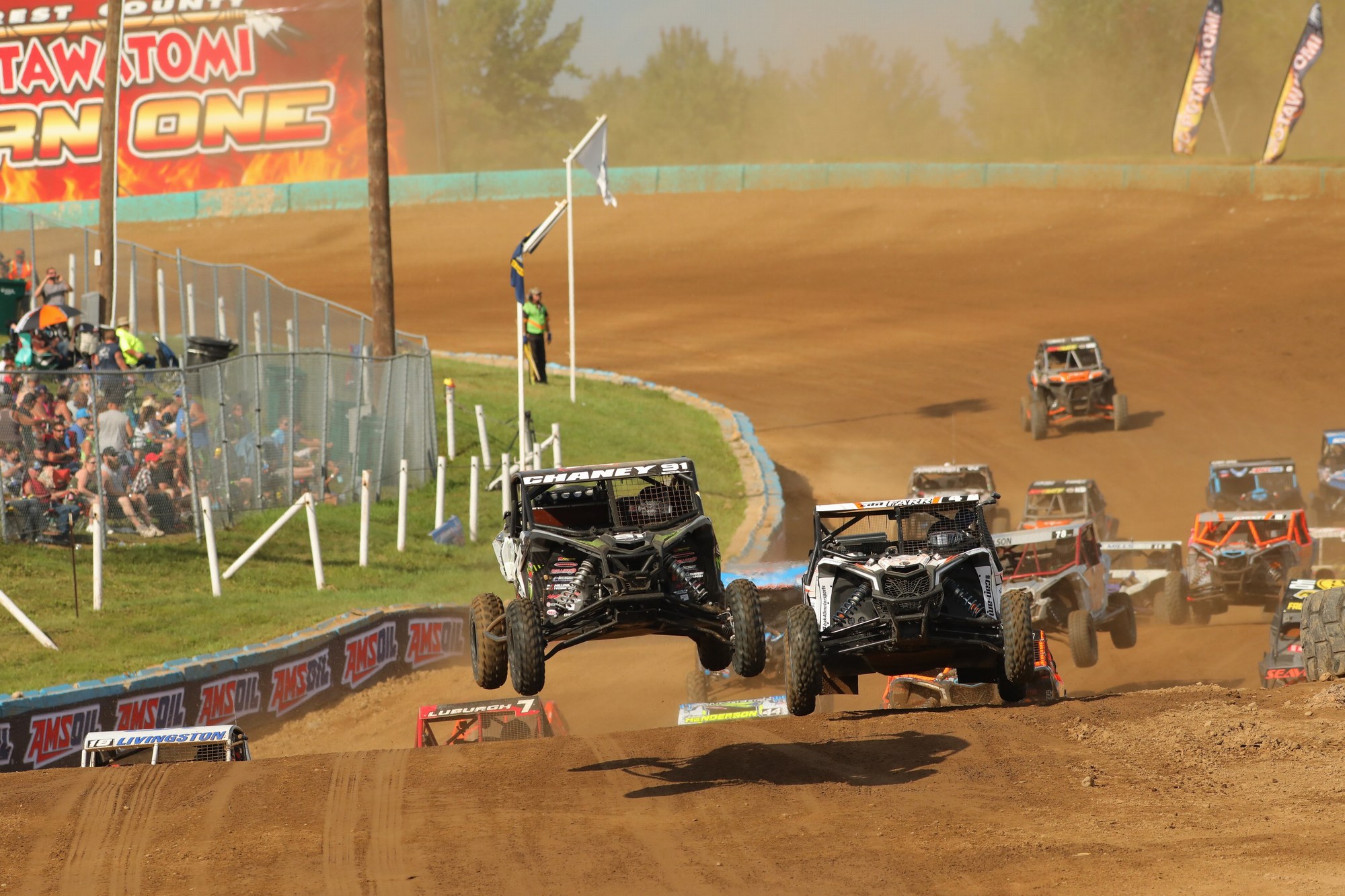 Farr followed Chaney for much of the first half of the race. After the mid-race competition caution, he gained on Chaney, but didn’t muster enough horsepower to challenge for the lead. The finish marked Farr’s fourth podium of the season.

“We’ve been playing with a lot of stuff this weekend on our Can-Am and some demons came with it, but we made it better and it was fast today,” said Farr. “Kyle was on rails. We stayed with him in the second half, but he checked out on me at the beginning. Kyle just drove a great race.”

At just 16, Livingston was likely the youngest competitor in the Pro field this weekend, but he drove like a true veteran. Running the inside line, while the rest of the field stuck to the outside cushion, Livingston made it to third on the second lap and challenged Farr several times in the closing laps.

“I didn’t get a very good start, but the car was good,” said Livingston, who is obviously a man of few words. “It was good.” 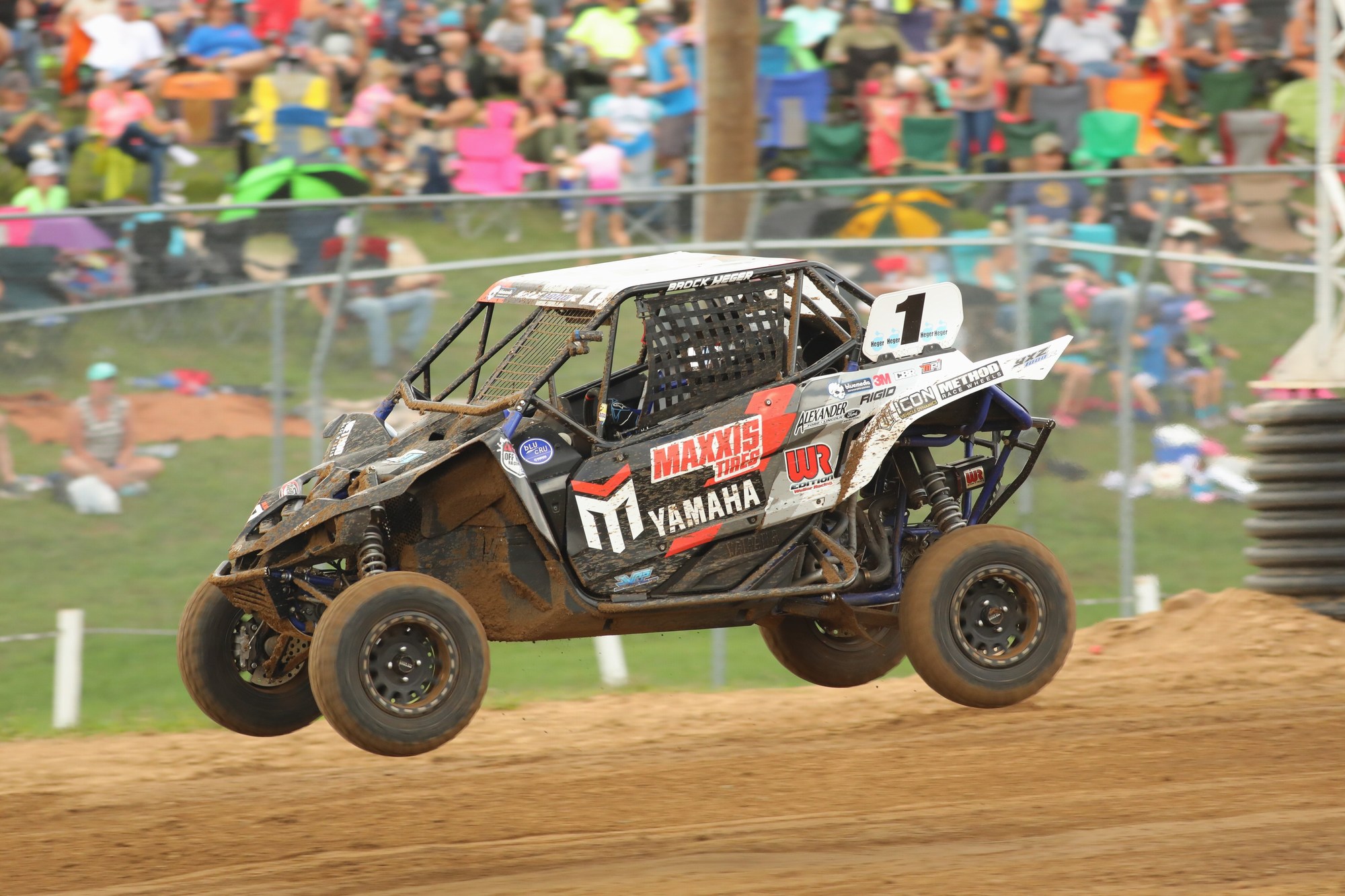 VanEperen finished fourth in his Yamaha YXZ 1000R. Consistency was key to success in the short seven-race season, and VanEperen’s two wins and four podiums handed him the championship and a $15,000 bonus from Yamaha.

“That race was the most stress I’ve gone through in a long time,” said VanEperen. “I have to throw my hat off for my crew. Those guys worked so hard this year. The guys in the race department had my back. Yamaha Motor Corp is building these SXSs and they are giving back to the race community. They build an unbelievable car.”

In Pro Stock, Lucas Oil West Coast races came to play spoiler and they did. While Brad Minerick took the holeshot, Heger took the lead on the first lap in his Yamaha and began to set sail. That is, until the restart following the competition coaster when fellow left coast racer Myles Cheek caught him in his Polaris.

For two laps, Cheek tried seemingly every line on the track, but just fell short at the end, finishing second. CJ Greaves was third in a Yamaha. Heger was happy to bring his West Coast rivalry with Cheek to the Midwest. 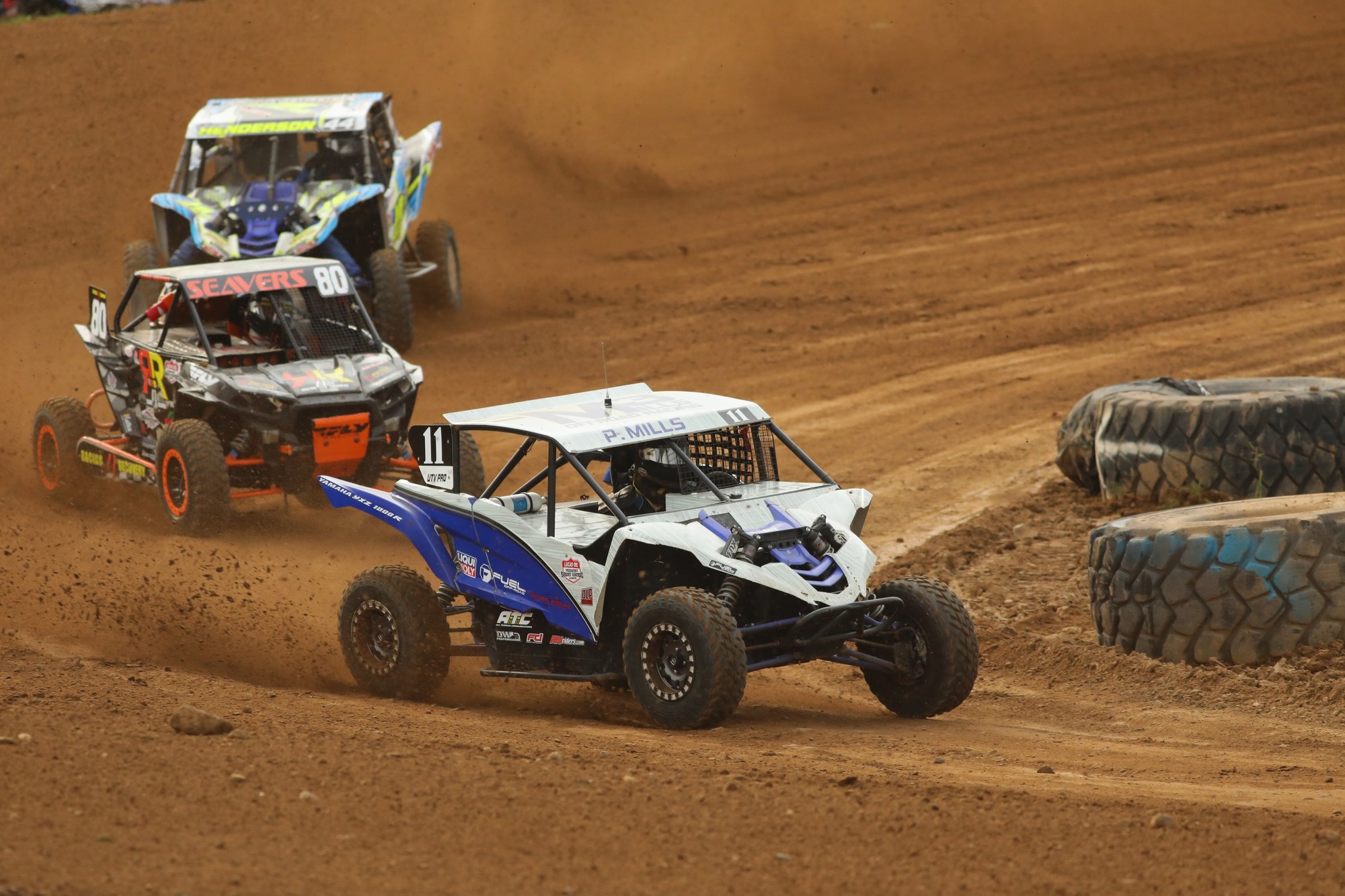 “My spotter said that Myles was coming,” said Heger. “It was run racing him and I’m pumped that I got Myles this time because he got me last weekend. Where I gained some speed on him, he would lose some and vice versa.”

While displacing the Midwest racers on the podium, Cheek was pleased to interrupt Yamaha’s podium dominance this season with his runner-up finish. Yamahas have swept the podiums in all six races prior to this weekend. 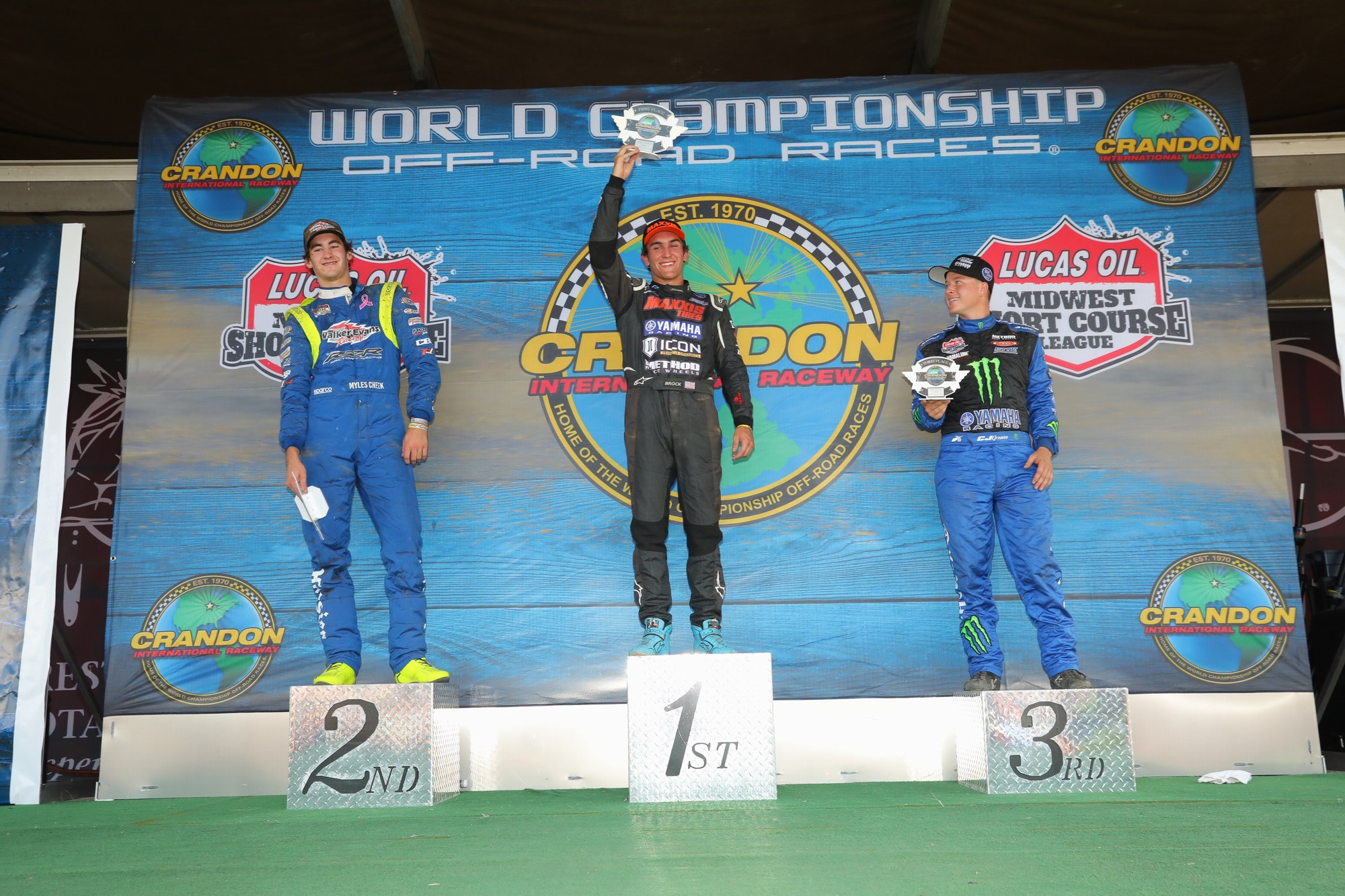 “That was the most aggressive I’ve ever had to drive to get through the pack on the start,” said Cheek. “Brock just killed it today. I tried a couple of different things, but he had an answer for all of it. He’s got those Maxxis tires so he can run the cushion and with the Hoosiers I can run the dry slick. I tried to go the shortest way around the track, but he had speed on me.” 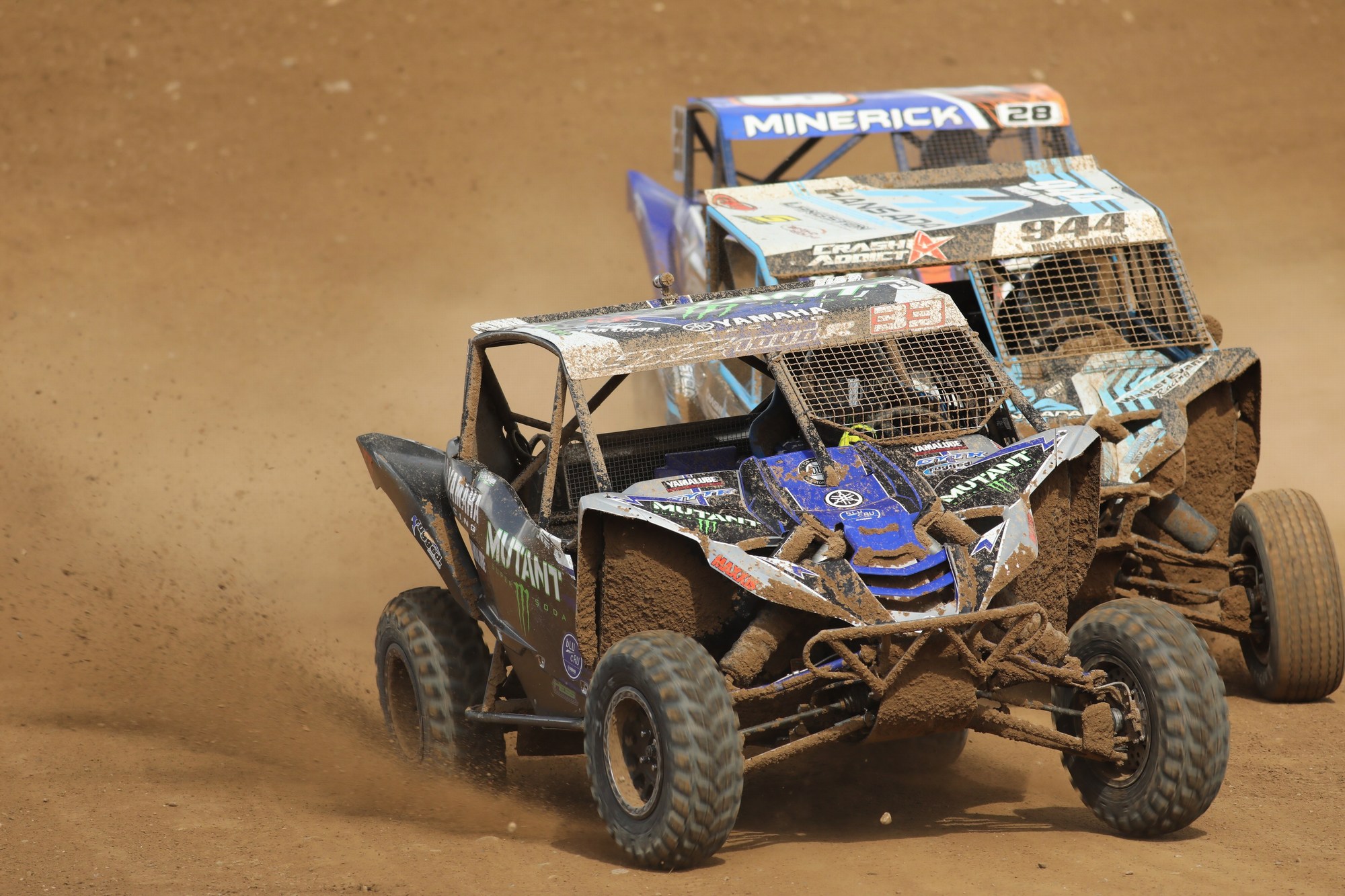 Greaves was an early favorite to win the title after he nearly swept every race in 2017. Issues early in the season stymied him, though he did win three races and finished on the podium once.

“We just didn’t have the raw speed these guys had today,” said Greaves. “We’re going to go back and get it up to speed for tomorrow. We did the best we could for the year we had. My hat is off to Ryan and his crew. They had a great year.”

While Greaves had difficulties early on, Mulder was beginning to put together a consistent run to the title. He finished third in the first two races, won two more and then finished seventh here, clinching the championship. He also pocketed a Yamaha check for $15,000.

“Everything really worked out,” said Mulder. “We were looking for CJ in the race because we knew he’d be fast, but we really just played it safe. We weren’t going to do anything extravagant because I didn’t even care about the podium. I wanted this championship. The Yamaha YXZ 1000R put us there. All season it was durable and it is the one to have right now.”