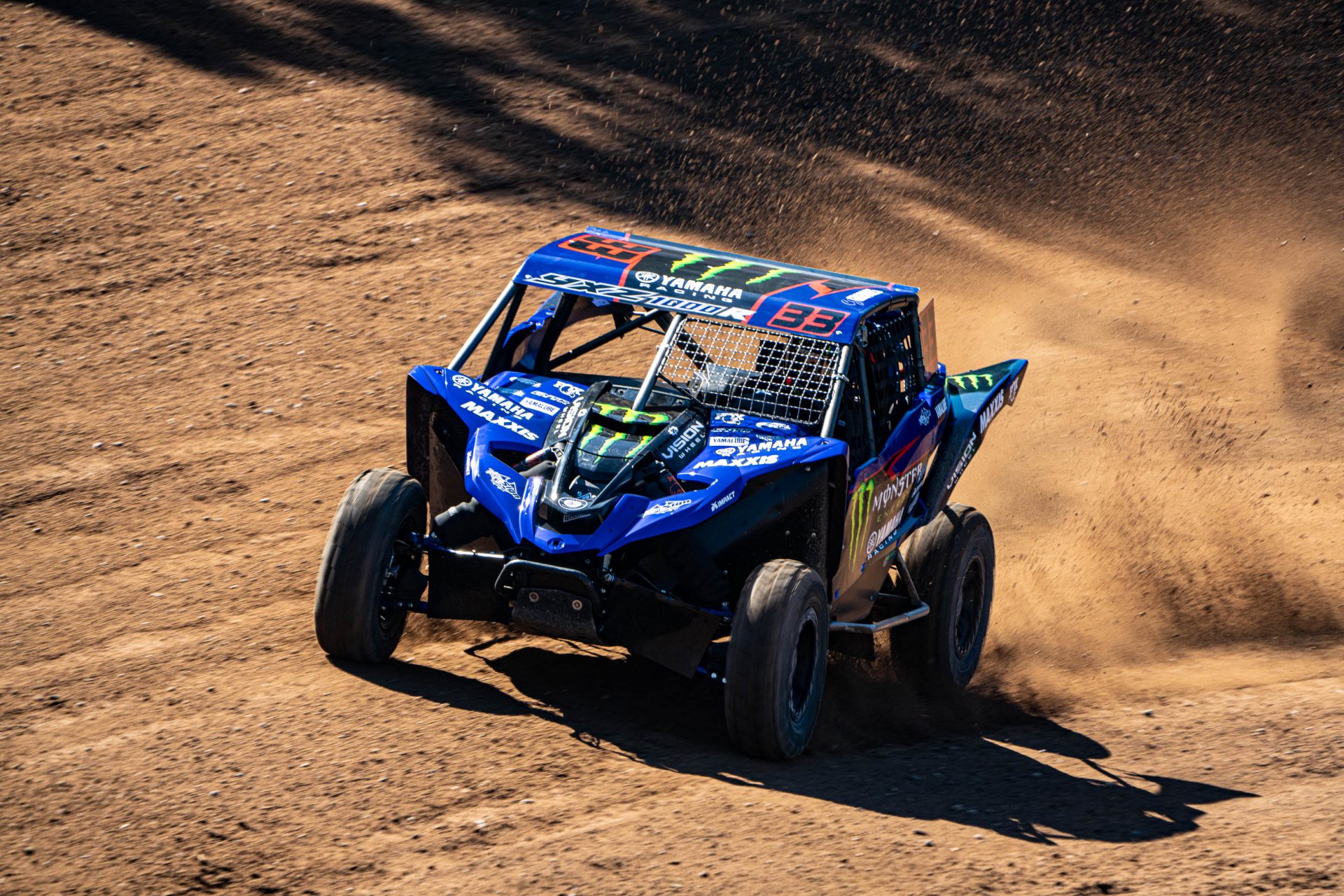 CJ Greaves’ quest for another Pro 4 championship may not have opened the way he wanted it to, but three wins in four Pro SXS races established him as the driver to beat in side-by-side action from the ERX Off-Road National at ERX Motor Park on Friday and Saturday. After adding a Pro Mod SXS program to his existing Pro 4 and Pro Stock efforts, Greaves impressed out of the box by taking on defending champion Kyle Chaney and winning both times in the Championship Off-Road opener.

The event marked COR’s first since taking over sanctioning of top-tier midwest short course racing, and the premier classes came out to play with healthy entry lists. 17 Pro Mod entries lined up during the weekend, while the Pro Stock class boasted a healthy 25. And in both classes, manufacturer parity was the name of the game, as no manufacturer was able to lock out a podium on either day.

That said, the top three drivers in Pro Mod were the same on both days, as Rodney VanEperen joined Greaves and Chaney on the box in third each day. Nathan Wolff and Jason Luburgh were fourth and fifth in Friday’s race, while Elliot Burns and Erik Schwartz completed the top five on Saturday.

The story was a little different in Pro Stock. Jeremy Houle crossed the line first on Friday, but after failing post-race inspection, Greaves was promoted to the new winner, with Robert Loire and Luburgh comprising the new podium behind him. Loire made it one better on Saturday, with Houle redeeming himself for second place and Greaves holding off Zac Zakowski for the final podium spot.

The side-by-side class count rose from three to four this year, as the 170 SXS class for youth racers joined the Sportsman SXS class for the first time. Tim Christensen and Dylan Marquardt split the two Sportsman victories, while Kody Krantz took the first-ever 170 win on Friday and Carson Greco earned the Saturday victory.

Full results from the Pro classes in the ERX Off-Road National were as follows:

The Championship Off-Road season continues on July 25-26 at Dirt City Motorplex, which moves up to full national event status in 2020 after hosting sportsman racing last year. Many of COR’s top racers visited Dirt City at the end of June with SXS Sports’ King of the Elements series, where Jimmy Henderson (Pro Mod) and Rodney VanEperen (Pro Stock) took victories.