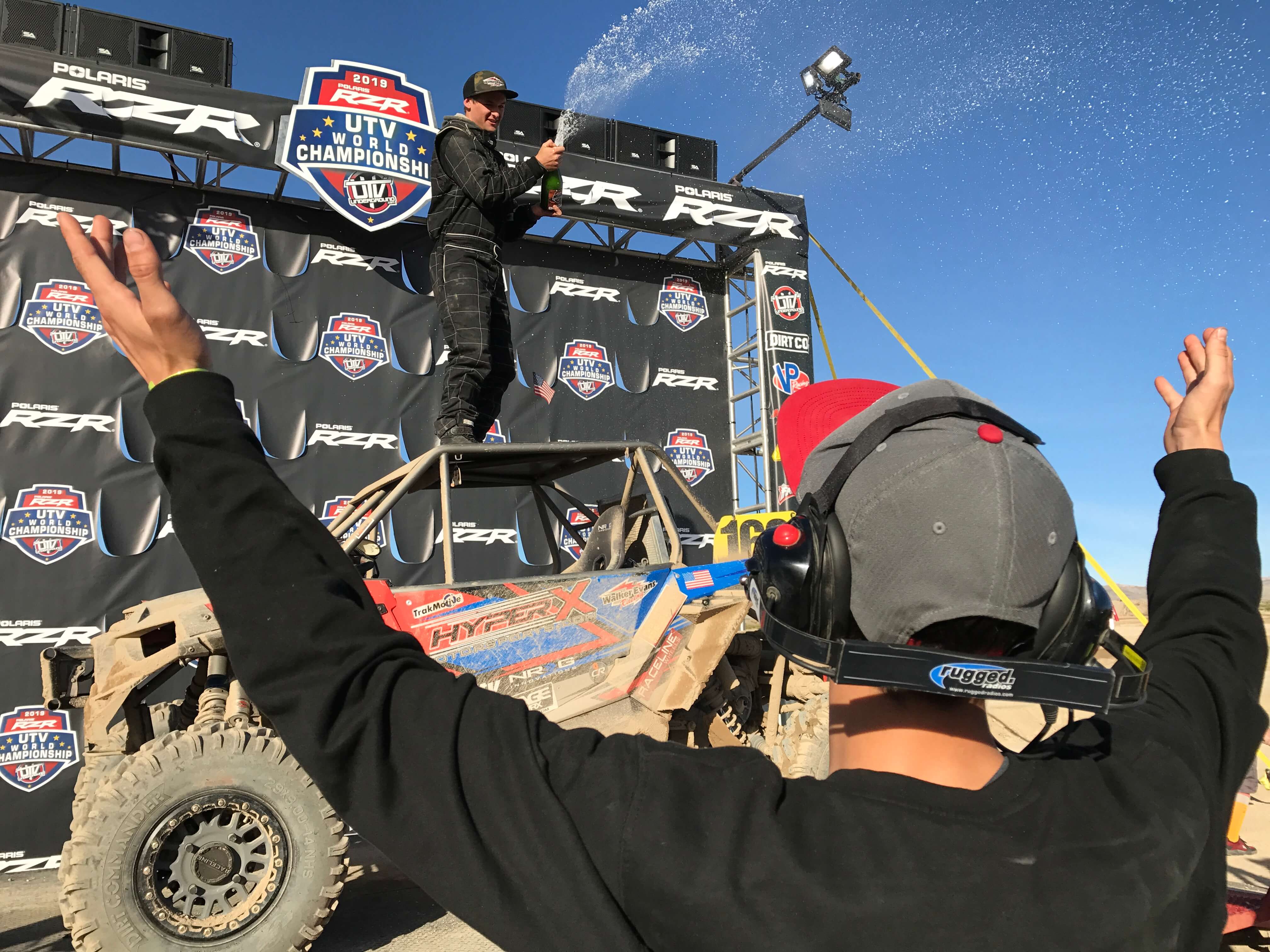 The 2019 Polaris RZR UTV World Championship will go down as a weekend to remember for Colby Wemple. On Saturday afternoon, Wemple co-drove for Seth Quintero on the way to a dominant UTV Naturally Aspirated victory; on Sunday morning, Wemple bested the field of 1000 class racers in the first short course race of the day.

“It was really muddy out there, that was the hard part,” Wemple said from the podium. “I just worked my way up and stayed consistent, and we’re up here now. I was trying to get behind people and wait for a good time to pass, because I thought I had a good start. My spotter told me we were good on corrected time, so we went from there.” 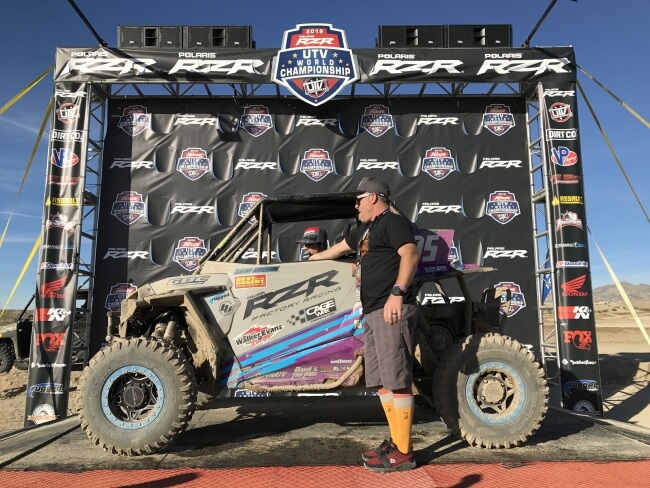 The race saw a number of position changes among the front-runners. Jacob Spitz took an early on-track lead over Shawn Hess and Larry Heidler, but Wemple posted a faster pace and led most of the event on corrected time despite drawing the 22nd starting spot. In the end, though, Shelby Anderson and Sierra Romo would complete the podium, marking the first time in this year’s event that two women drivers of record would finish in the top three in class.

“It was a tough race,” Anderson admitted. “Having a bunch of other cars in our class, it was hard to get around them sometimes. It was muddy—I know a lot of people ran out of tear-offs on the first lap. It’s not a first, but it’s a second, and I’ll take that. This track was fun, so thanks to the Martelli brothers and everybody for putting this on. I can’t wait for next year!”

“It was gnarly!” Romo added. “It was super muddy, and there was traffic everywhere. I’m just so glad to be up on the box.”

The 1000, 900, 800, and 700 classes were the second groups to take on the seven-mile short course this weekend, following the inaugural Youth 570 race on Friday afternoon. This morning’s race featured eight laps of action, with nearly 50 competitors taking to the Laughlin desert.

The short course action wraps up this morning with the UTV Production Turbo class, which features more than 50 entries and many of the same racers who competed in yesterday’s desert action. Follow along with all of the top stories from the 2019 Polaris RZR UTV World Championship at www.utvworldchampionship.com, and follow @UTVWorldChampionship on Facebook and Instagram for updates from throughout the event.