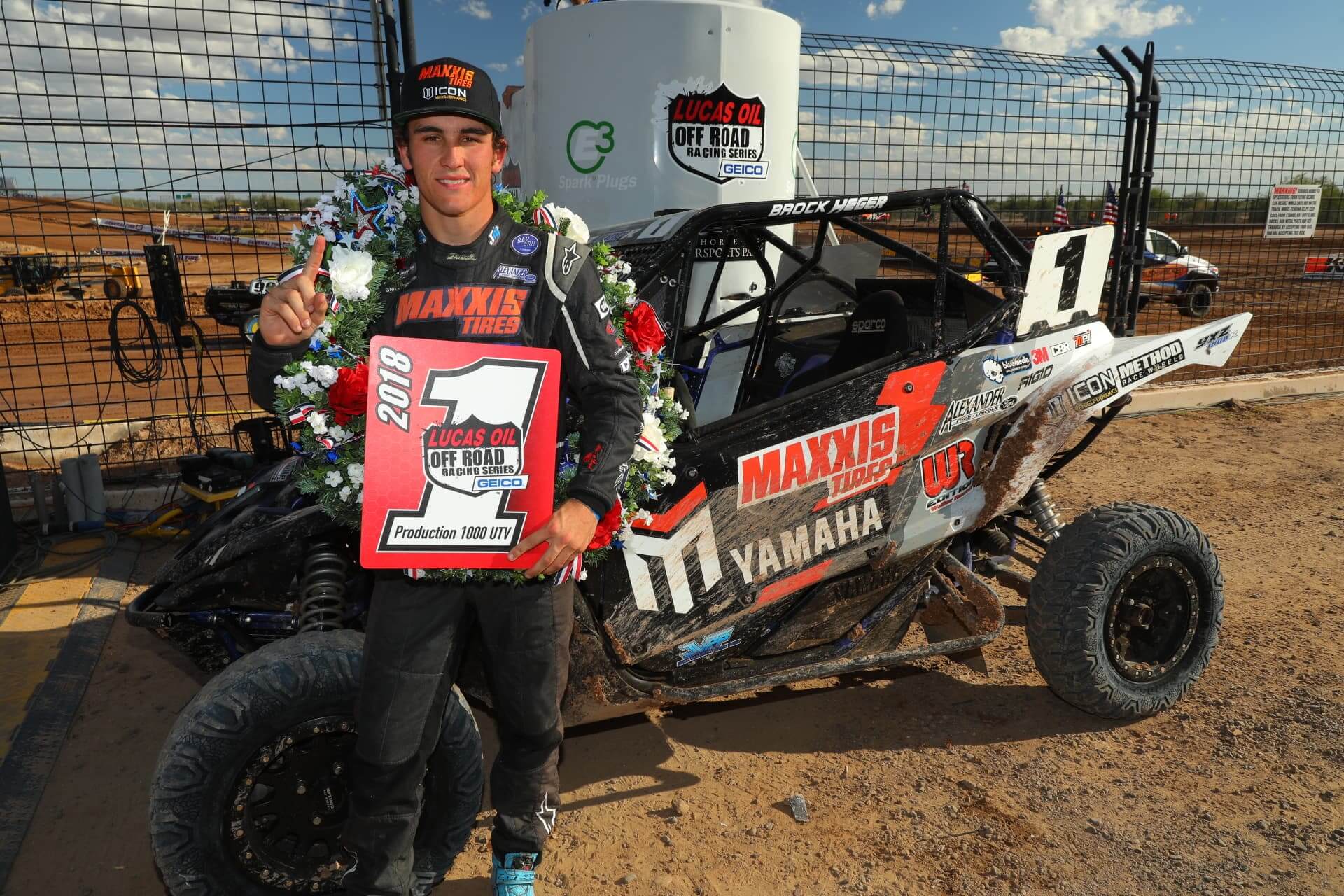 Brock Heger (Production 1000) and Corry Weller (Turbo) locked up the 2018 Lucas Oil Off Road Racing Series UTV championships during Saturday’s Bushwacker Off Road Nationals at Wild Horse Pass Motorsports Park. The event, the 11th and final points-paying round of the season, saw competitors return to the Arizona-based course for the first time since the 2018 season opener in April.

Weller entered the inaugural Turbo UTV season finale with a 25-point advantage over Weller Racing teammate Paul O’Brien, and managed to hold onto that advantage by scoring her sixth victory of the season. O’Brien took an early lead, but Weller was able to get past early in the event and never looked back.

O’Brien held on for second, and Eliott Watson completed the podium, just as they completed the top three spots in the championship. Robert Van Beekum, coming off a UTV Production class win at the Best in the Desert Laughlin Desert Classic, had to pull off in the final stages with mechanical problems while holding third. 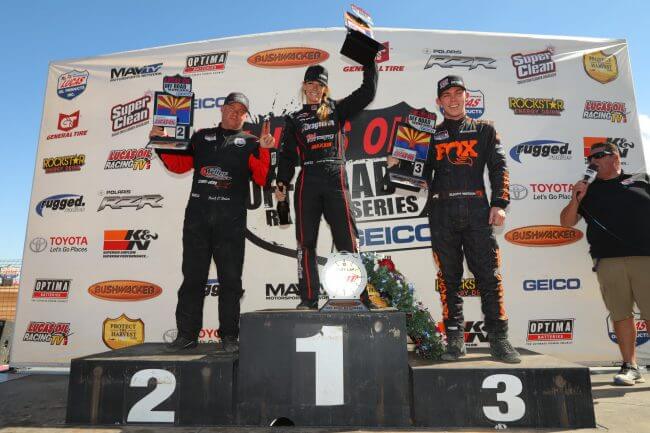 “You can’t have a better season than what we had,” Weller said after clinching the championship. “Our season started out a little rough at the first round here, but it just went up from there. This win is a team effort, and this championship—you can’t ask for anything better for our team, Weller Racing. And Paul is a really big part of this championship, because he shared so much information, so thank you, Paul!”

The P1000 title chase effectively ended on the fifth of 12 laps when second-place Myles Cheek ended up on his roof after trying to pass Jason Weller, who had gotten on two wheels. Weller straightened out before both machines took the jump, but the two drivers then made contact and Cheek flipped. It marked the end of a frustrating day for Cheek, who had already overrotated off of the track in the Turbo race with battling Van Beekum and missed a possible podium.

But Heger wouldn’t complete the season with a victory the way that Weller did. Although Heger led most of the event and would claim his 10th podium in 11 starts by finishing third, it was Jeremy Houle who instead would take his first career LOORRS victory over class Rookie of the Year Robert Stout.

“I knew I had a lot on the line, and the points were kind of close to Myles, so the whole day I was just trying to stay out of trouble,” Heger admitted. “I told myself that I had to start points racing sooner or later, and all year people had been asking when I was going to. Today I realized that I can’t win them all, and I was fine with not being on the podium today because I was going for the championship, but here we are!” 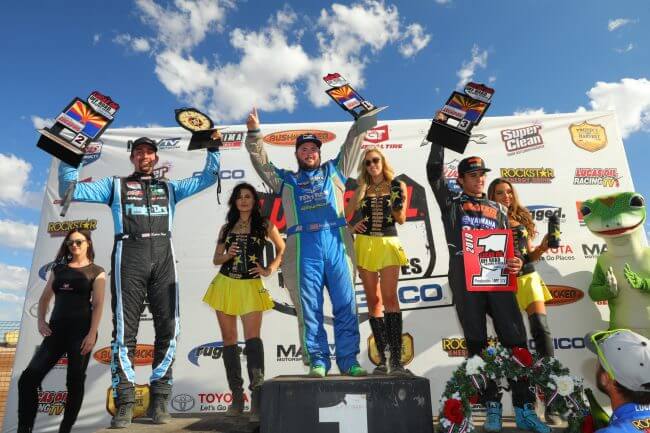 Houle, who had previously appeared at both Lucas Oil Speedway and Glen Helen Raceway, mostly competed in the Lucas Oil Midwest Short Course league this season, where he finished 15th in points. He capitalized on Heger briefly getting on two wheels, leading Stout by and taking the victory by just under a second. Stout, meanwhile, posted the UTV Underground Fast Lap of the event.

“I’m kind of speechless,” Houle said atop the podium. “This is a pretty big deal for a lot of people involved. This new Wildcat is inspired by desert stuff, but it’s going to make one hell of a short course racecar, too. Congratulations to the rest of these guys out here, and we’re going to have some fun tonight!”

While the championships are settled, there’s still one more day of racing to go for LOORRS UTV competitors. Sunday’s Lucas Oil Challenge Cup will see racers competing for cash prizes and bragging rights before the start of the offseason. Live streaming kicks off on Sunday afternoon at 5PM ET/2PM PT on Lucas Oil Racing TV.