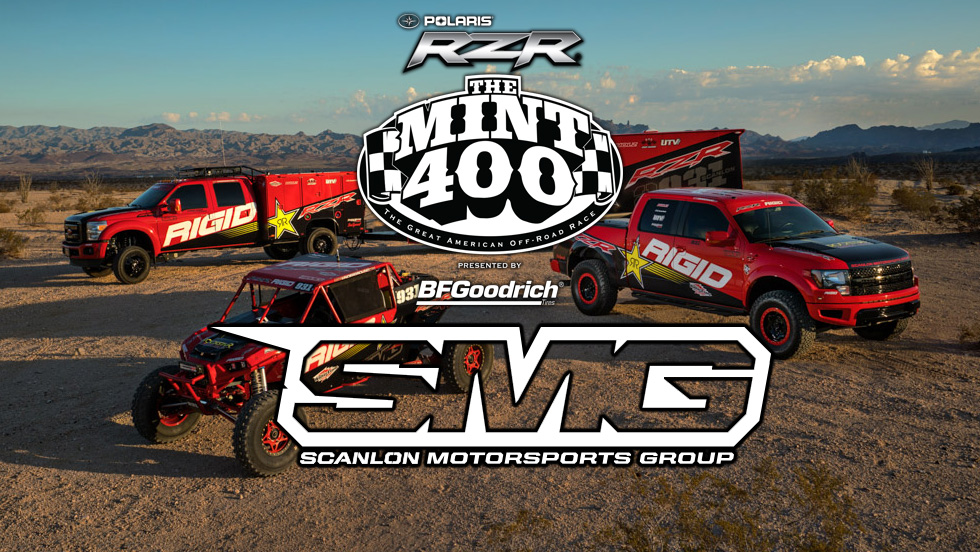 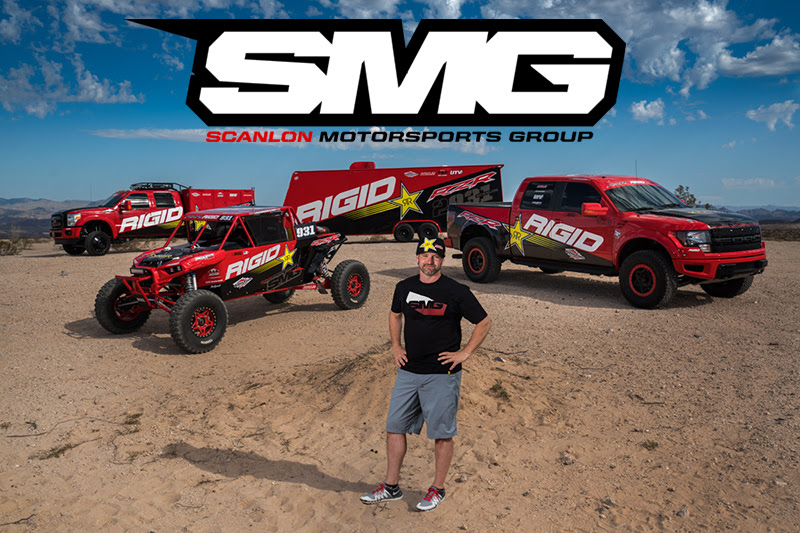 Minneapolis, MN 2/27/17 – With the 2017 Best In The Desert (BITD) race season in full swing, the Scanlon Motorsports Group (SMG) racing program is set to head to Las Vegas, NV to take on the 2017 Polaris RZR Mint 400 Presented by BFGoodrich Tires. Team owner & driver Craig Scanlon, has spent a lot of time with his SMG team since opening the year up in Parker, AZ. The team left Parker with a 14th place class finish after running in the top group for most of the race. It left SMG hungry for the second race of the year, the coveted Mint 400.

SMG looks at The Mint 400 as an opportunity to not only compete for their first win as a team, but also represent the program and its sponsors during the high profile event. SMG will display their #931 RIGID / Rockstar Energy / Polaris RZR XP Turbo during the famed Mint 400 Contingency held on Fremont St. in the RIGID Industries booth. This will give fans a chance to see the highly advanced #931 race RZR up close and get a chance to meet Scanlon and the rest of the SMG team.

“The Mint 400 is one of the most iconic race events in the off-road industry. I have raced the Mint 400 many times since they began allowing UTVs in 2012 and each time we arrive in Las Vegas during Mint week we are reminded just how special this race is. Beyond competing in the #931 RIGID / Rockstar Energy / Polaris RZR is the chance to showcase the machine to the thousands of fans and racers who will attend and compete alongside of us. Our team has worked tirelessly to prepare for this years Mint and we look forward to getting back in the dirt and giving it all we got to get on that podium” stated Craig Scanlon, Owner / Driver Scanlon Motorsports Group. 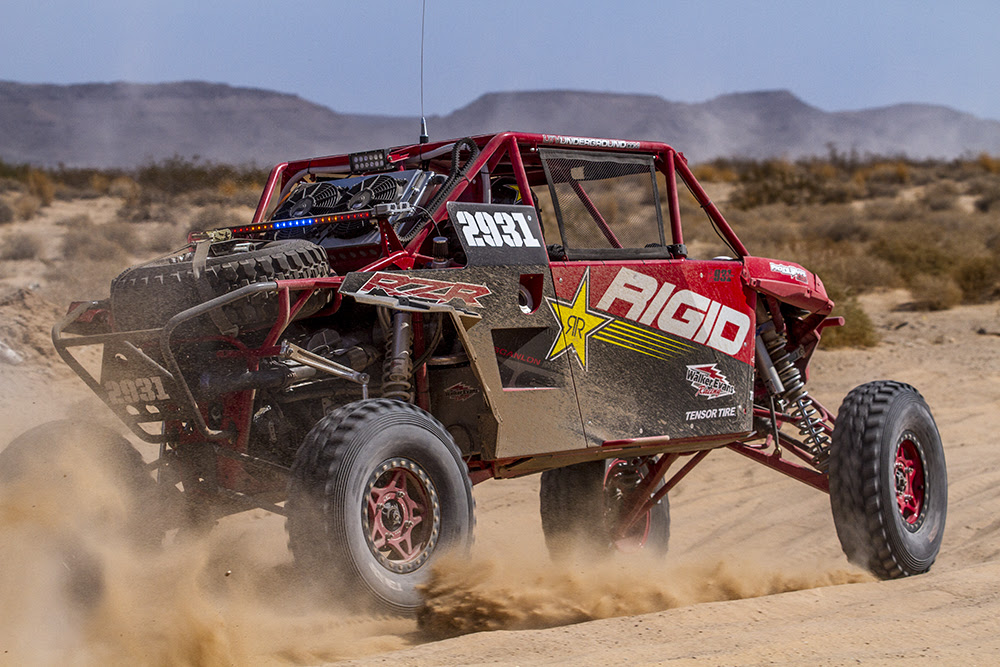 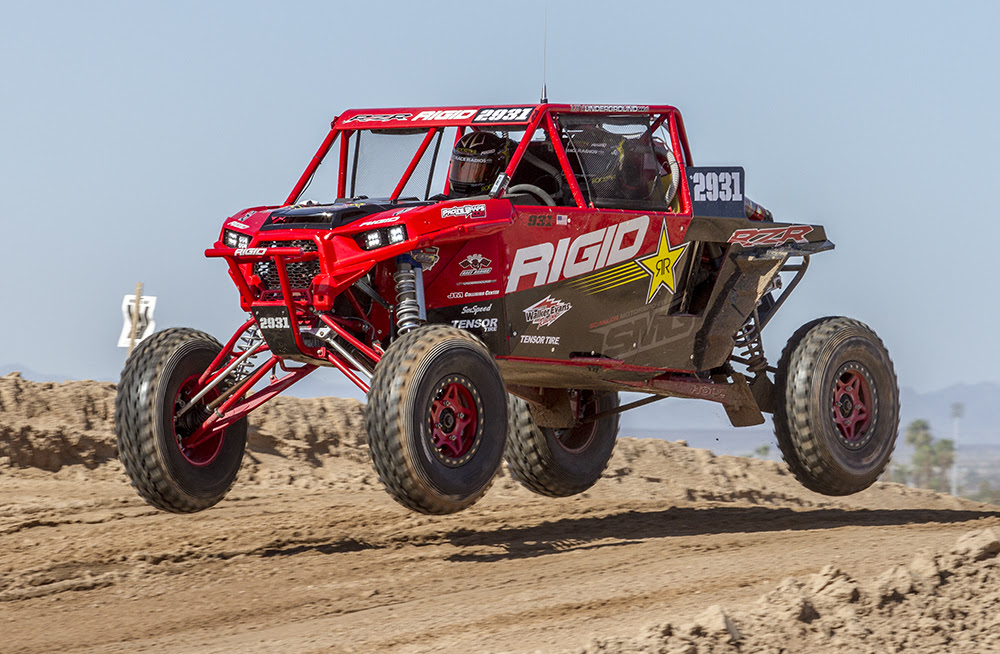 Craig Scanlon will add another driver to the roster for the first time since unveiling the new SMG program in late 2016. Fellow Polaris RZR / Rockstar Energy teammate RJ Anderson will join Scanlon in wheeling the #931 at the 2017 Mint 400. RJ Anderson is known as the face of Polaris RZR due to his multiple RZR racing championships and iconic XP1K viral video series. Anderson also holds 6 off-road racing championships which include a Baja 1000 race win as part of Scott Kiger’s Coastal Racing / Polaris RZR team back in 2013. Anderson joined forces with Kiger again in 2015 to take on The Mint 400 where he would lead the team to a second place podium finish, narrowly missing the win by minutes.

“I’ve been racing with Polaris RZR for 10 years now and Craig Scanlon has been a part of every season and effort I have put in. To team up with him this year to take on The Mint 400 is extremely exciting for me. Not only do I get to race with Craig and the SMG team, I get to wheel what I feel is the most sophisticated race RZR ever built. Mark Holz really went above and beyond when he designed the #931 and it works as good as it looks. I’ve had the opportunity to test with the SMG team and now I’m looking forward to racing for a win at the 2017 Polaris RZR Mint 400 and capturing the win I missed on back in 2015″ – stated RJ Anderson, Factory Polaris RZR Athlete. 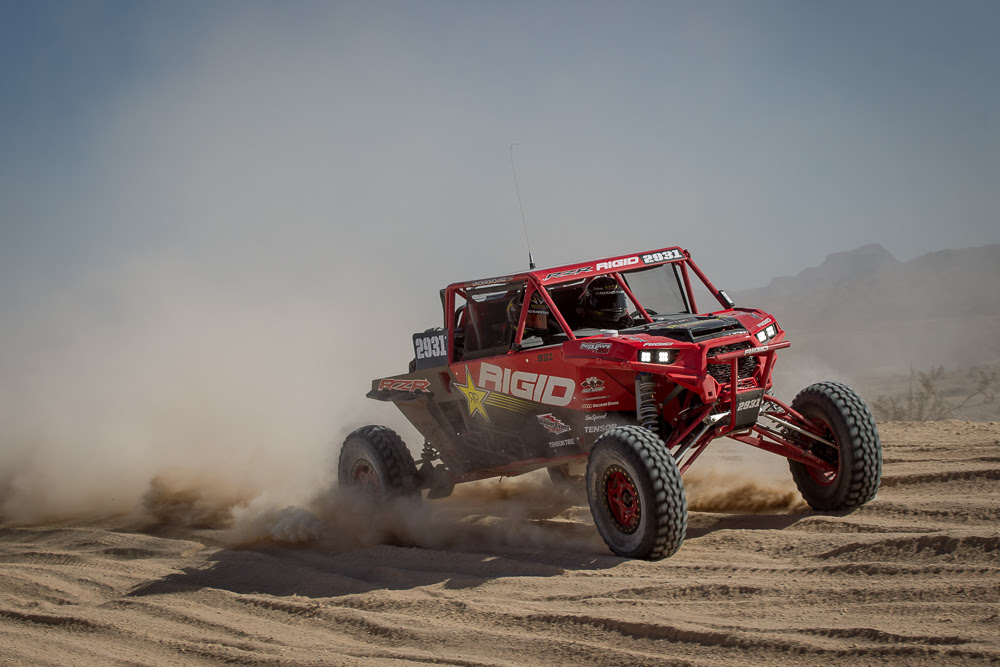 You can find the SMG team in Las Vegas starting at Tech & Contingency on Friday during the event where the #931 will be on display in the RIGID Industries booth on Fremont St. From there the team will begin its race at day break on Saturday where they will start mid-pack amongst over 100 UTVs. The SMG team competes in the Pro Turbo UTV class and you can follow the team on Instagram & Facebook all week long for updates and highlights. 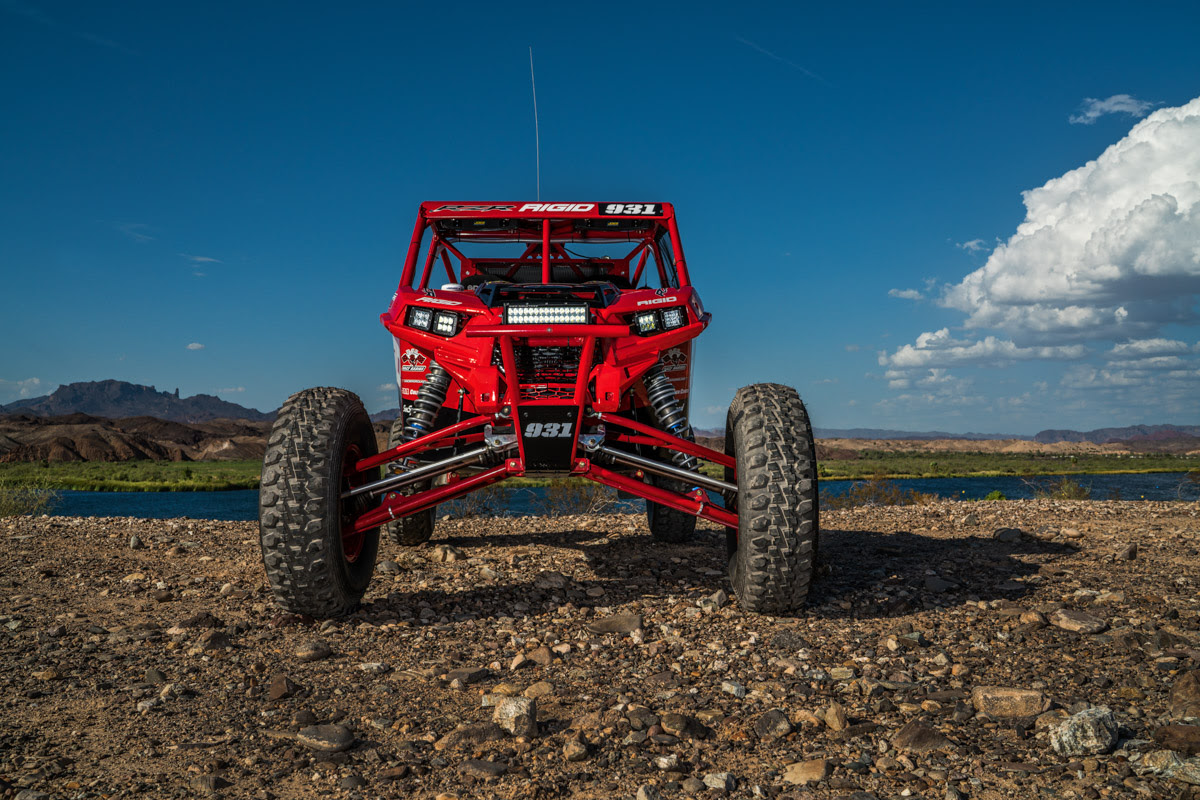 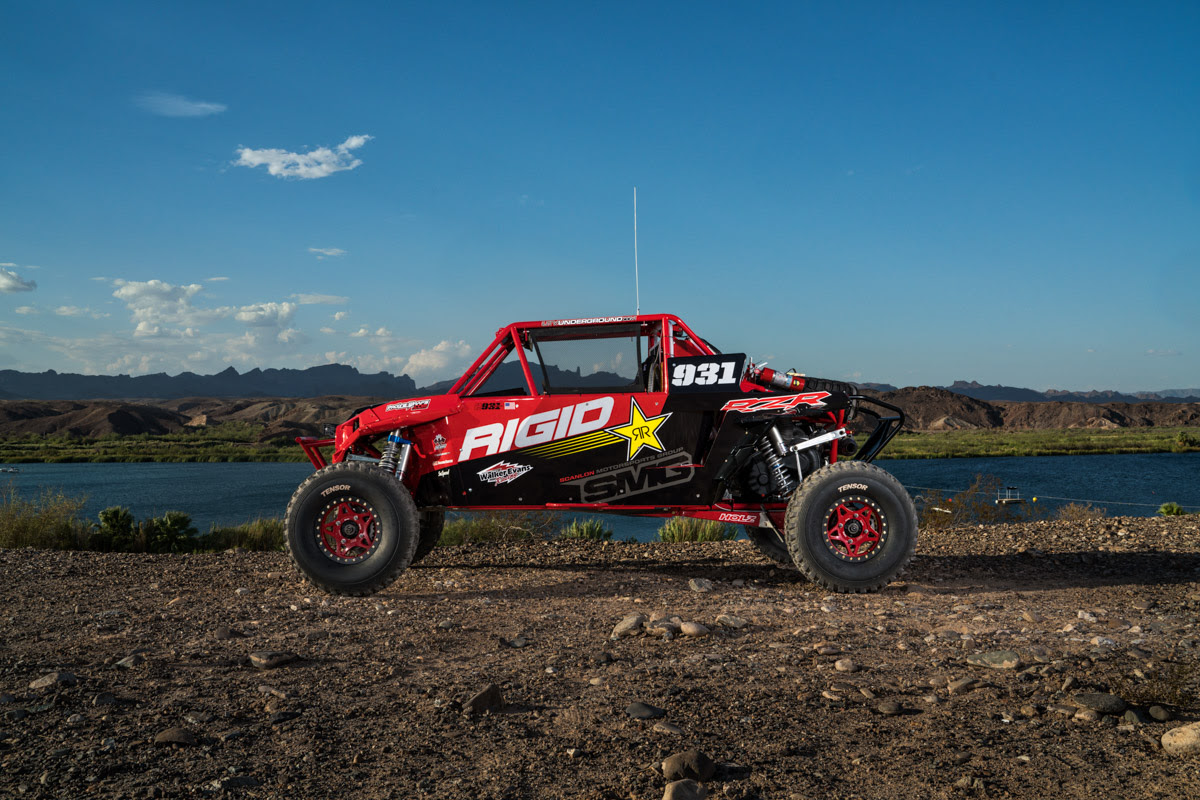 The RIGID Industries / Rockstar Energy / Polaris RZR will also continue to compete in the full season at BITD which includes the famous Mint 400, the largest UTV race in the world at the Polaris RZR UTV World Championship and the longest race in the United States, the Vegas-To-Reno.  The team will also take on the prestigious SCORE BAJA 500 & BAJA 1000 in 2017. 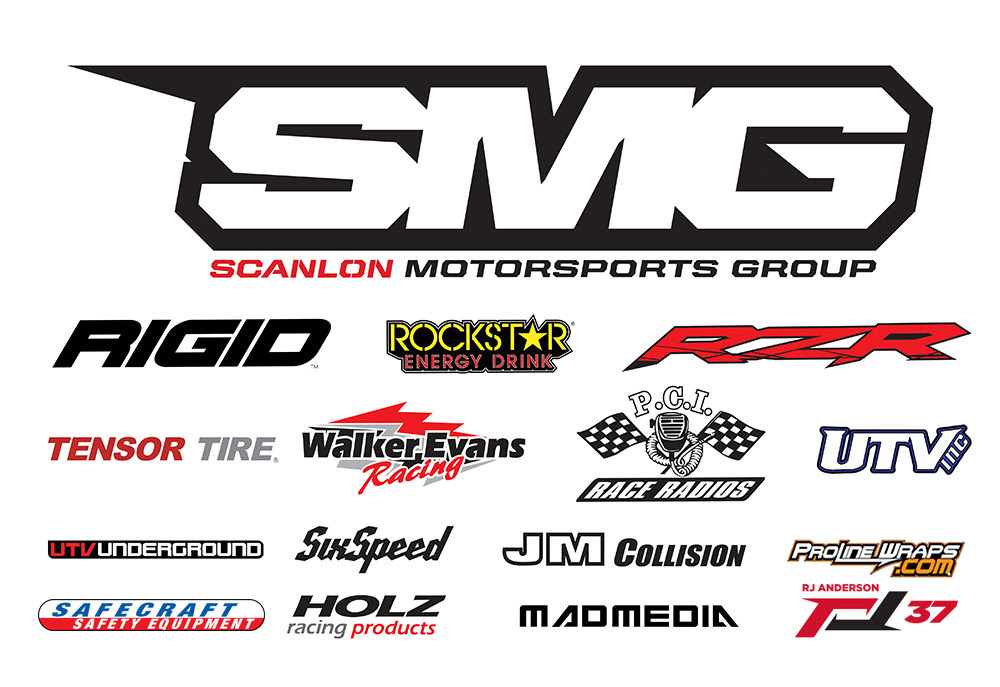 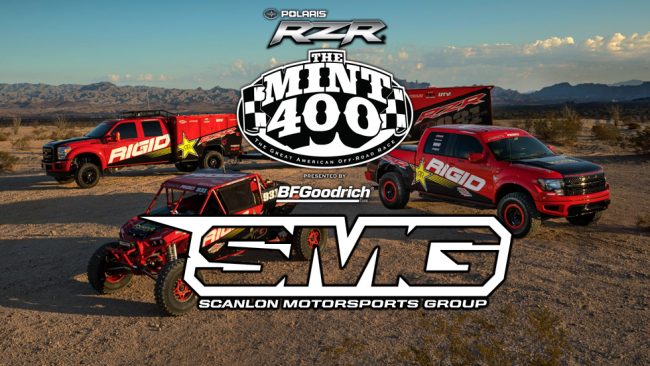 About UTVUnderground.com
The worlds fastest growing all inclusive UTV site contributed to by both enthusiasts and manufacturers alike. UTVUnderground is the go-to site for fresh, original content and is known for its dedication to hosting all of the latest news and insight surrounding the UTV industry. Thousands of monthly visitors from over 100 different countries around the world go to UTVUnderground.com for their daily dose of UTV news and information.

About RIGID
Due to its unparalleled patented optics and torture-tested housings, RIGID is a world leader in forward-projecting LED lighting. RIGID LED lighting products are used in agriculture, construction, police, fire, rescue, industrial, marine, military, mining, off-road and power sports. Known for its rugged, durable products, and backed by a world-renowned warranty program, RIGID is committed to providing innovative technologies, and guarantees a quality product designed, engineered and assembled in the US. For more information, visit www.rigidindustries.com.

About ROCKSTAR
Rockstar Energy Drink is designed for those who lead active lifestyles — from athletes to rockstars. Available in over 25 flavors at convenience and grocery outlets in more than 30 countries, Rockstar supports the rockstar lifestyle across the globe through action sports, motor sports, and live music. More at www.RockstarEnergy.com