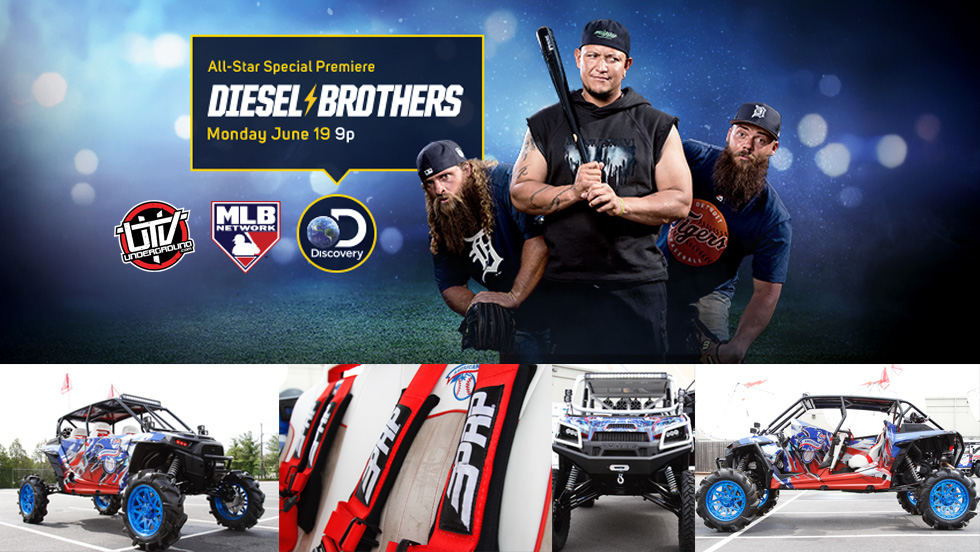 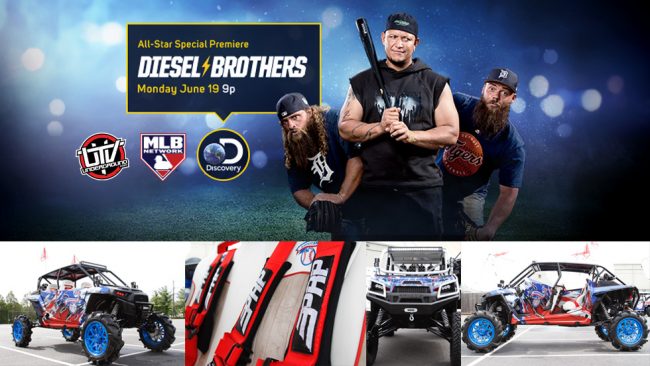 The Diesel Brothers & Joey D. of UTVUnderground partnered up to build out two over-the-top custom Polaris machines for the MLB American & National League as part of two 2-hour episodes which premier starting TONIGHT Monday 6/19 at 9pm on the Discovery Channel. The second episode of the DOUBLEHEADER drops Thursday 6/22 at 9pm also on Discovery Channel!