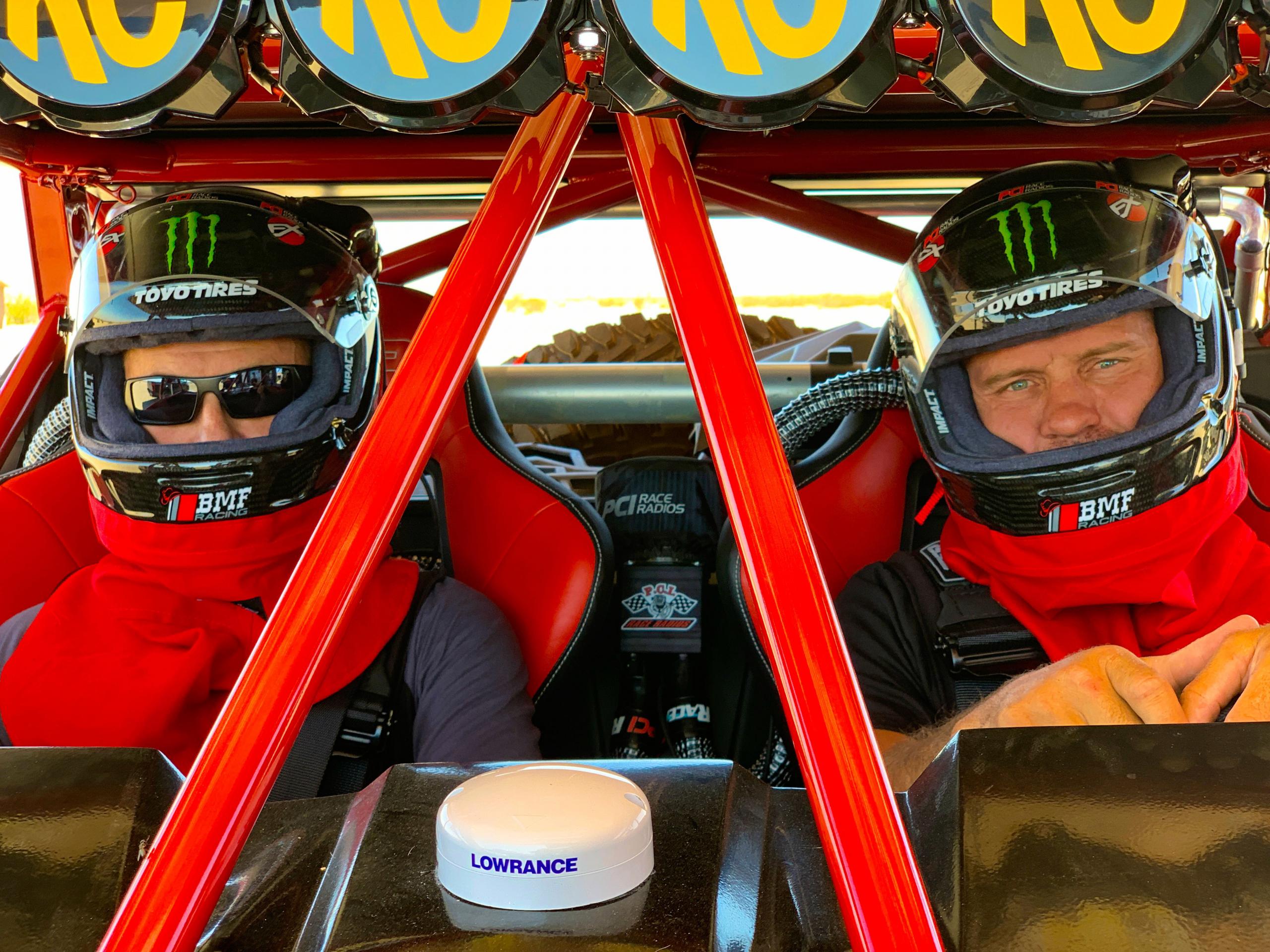 Earlier this year I invited Donald “Cowboy” Cerrone to race in the Zero One celebrity car at the BFGoodrich Tires Mint 400. He drove one lap of the race with his good friend Eric Bohnenkamp. He split driving duties with UFC fighters Brian “T City” Ortega, Yair “Pantera” Rodríguez, and rock and roller Jesse Hughes the lead singer of Eagles of Death Metal. Like the great off-road race promoters before me such as Mikey Thompson, a Sal Fish I am going to do everything in my power to expose the values of off-road racing to the world and throughout the history of off-road celebrities have been a powerful force in exposing off-road racing to the mainstream. James Garner, Steve McQueen, Patrick Dempsey, Dax Shepard, Ted Nuget, Caitlyn Jenner, Stephen Moyer, are just a few of the celebrities that have race off-road. After his lap at The Mint 400 Donald did not want to get out of the car. Smiling from ear to ear he passionately described his race to me including nerfing a few other competitors who were holding him up.

I knew right then we got him hook, line and sinker. Off-Road racing is such an undeniable visceral experience I know once I get people into the seat it’s over. They will be lifers and continue to race with us and promote off-road racing. A few days later Donald was calling me asking “Okay, How do I do this?” I tried to guide him to rent a vehicle and work with a team, but anybody who knows Donald knows he has one speed. Before I knew it Donald had purchased a UTV and dropped it off at Long Travel Industries to be built into a Pro Turbo race car, the most competitive class in all of the off-road racing with the largest field, not exactly trying it. Donald jumped right into the deep end.

Here is his experience at The UTV World Championship presented by Polaris RZR in a multi-part video series.

The Best Kinetic Recovery Rope on the Planet!