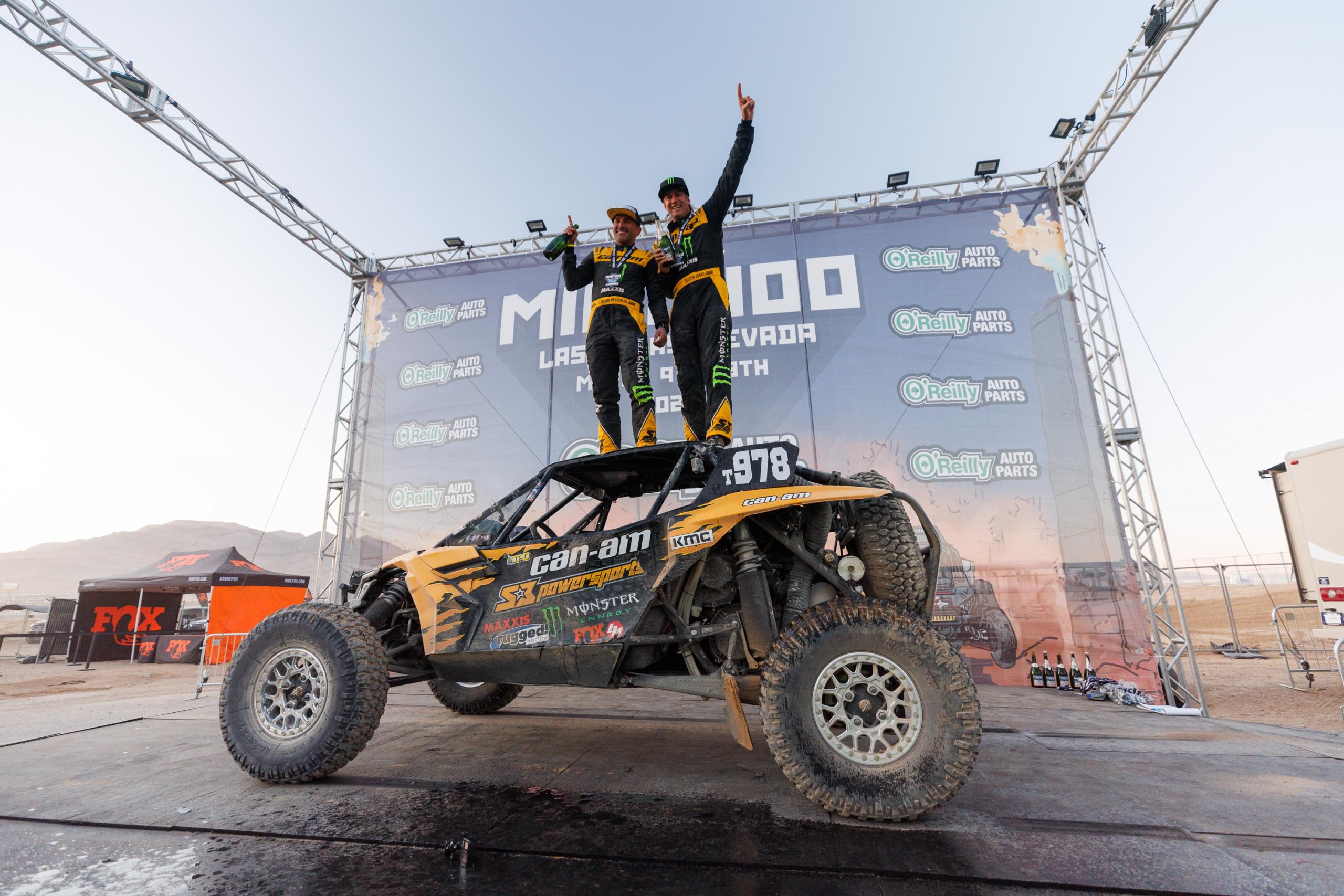 After winning his first BFGoodrich Tires Mint 400 in the UTV Turbo class in 2015, it took S3 Powersports driver Dustin Jones another six years to add a second triumph in the O’Reilly Auto Parts Limited Race. It would take him just over three months to add his third.

Jones and co-driver Dustin Henderson teamed up to win their second straight Mint 400 on Friday afternoon, piling onto an epic winter that has included multiple triumphs in some of the biggest races in the sport. Outlasting some of the biggest names in the sport as they faced attrition and mechanical gremlins, Jones’ unofficial margin of victory was more than 21 minutes over second place finisher Randy Romo. 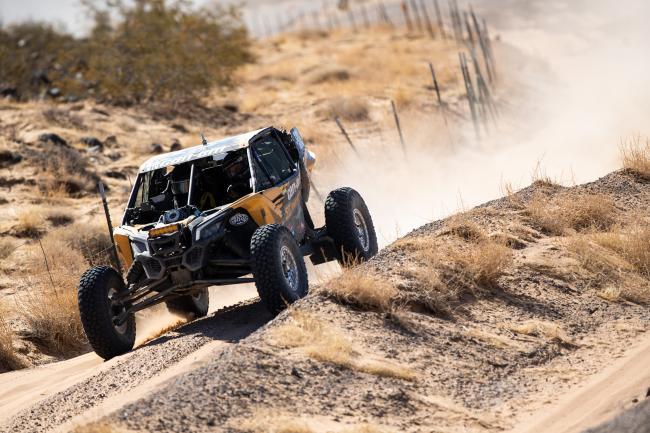 “It’s crazy—they truly make this one of the roughest off-road races that we run all year,” Jones said atop the podium. “It was crazy, but it was a fun course and it was a rough course. We had a little wind in the morning, so we were able to make some good time. We had a strategy and we stuck to it, and somehow, it ended up working out!” 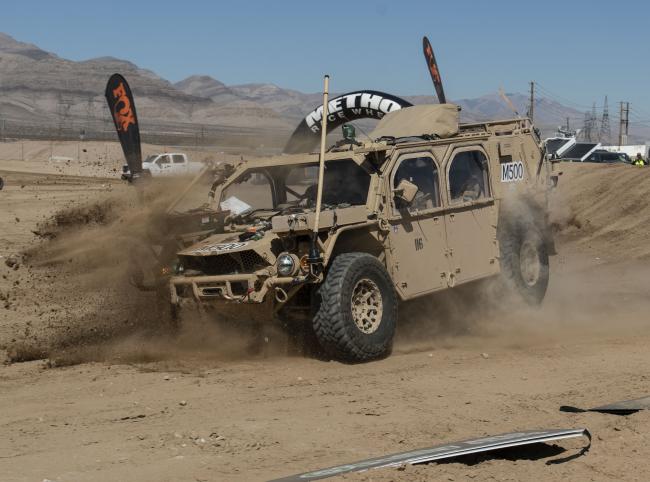 Jones’ unofficial winning time of 7:54:22 was a record for this year’s course loop, which ran in the reverse direction from December’s previous edition of the Great American Off-Road Race. Despite the dominant gap, though, the Louisiana native was by no means out front all day; this year’s Limited Race was full of lead changes, and Jones didn’t take over the top spot for good until the final lap. 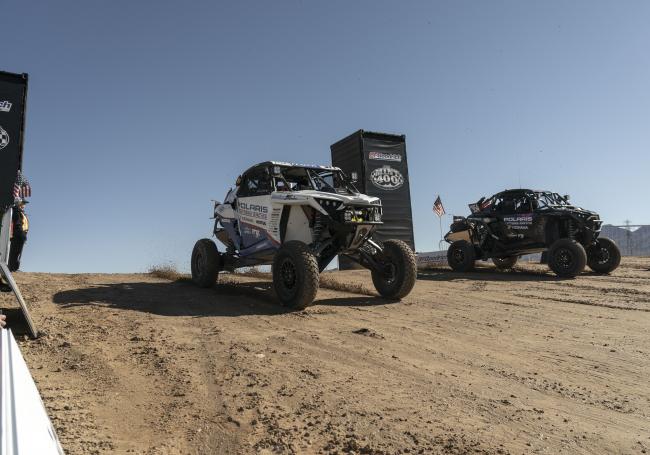 Kristen and Wayne Matlock would lead the early charge in a pair of Polaris RZR Pro Rs, with Kristen leading the first lap of the race, while Branden Sims would also spend time at the front of the field during the day, but mechanical issues would take each out of the podium hunt to different degrees. Even the final lap would prove unfriendly to drivers like Ronnie Anderson and Cody Bradbury, who found themselves sniffing the podium before unlucky breaks that knocked them to the edge of the top 10. 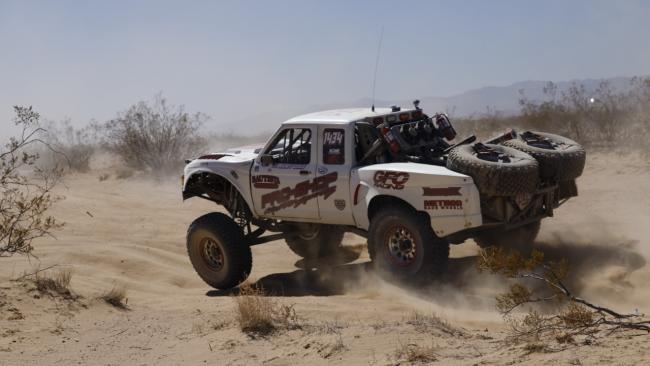 The Dirt Design Steel Cab Series also kicked off its season for 1450 and 2000 class vehicles in the Limited Race, with Joey Diaz topping the charts in the 1450 division. His winning time of 8:28:03 was good for sixth overall, and 25 minutes clear of second place finisher Roy Tomkins, who drove three of the race’s four laps pulling a hand throttle cable. 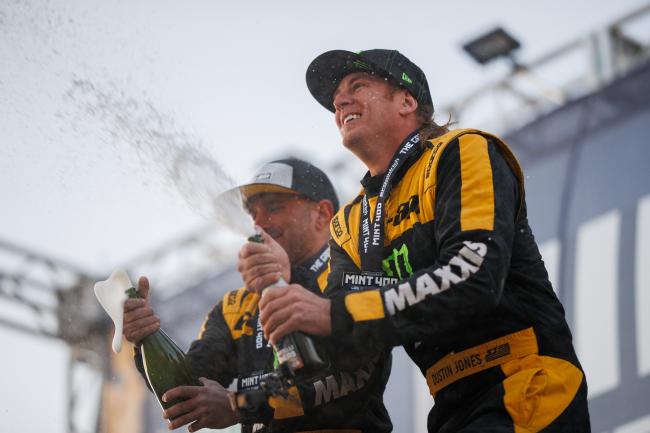 The unofficial top five finishers of the O’Reilly Auto Parts Limited Race at the 2022 BFGoodrich Tires Mint 400 are as follows:

Full live timing and scoring, as well as livestream and Weatherman radio coverage, can be found at live.themint400.com. Saturday’s action starts bright and early, with the Motorcycle Race kicking off at 8AM PT, Unlimited Race beginning at 10AM, and Youth Races going green at 1PM. Live streaming coverage will resume at 8:30AM PT and run throughout the day’s events. 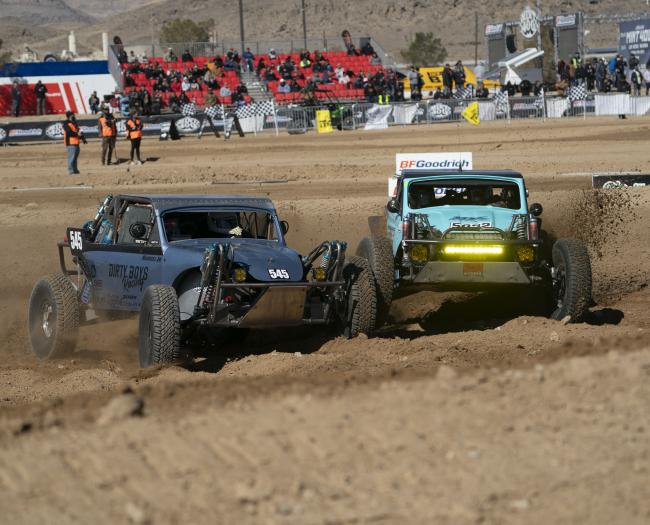 The Mint 400 has held the title of the toughest, most spectacular off-road race in North America since 1968 when it was first run. Initially, the race was a public relations event promoting the Mint Hotel’s annual deer hunt, but what started out as a hotel promotion soon grew into a legitimate desert race. Since its 2008 revival, “The Great American Off-Road Race” has only gotten bigger and more prestigious, and deeper fields every year only make it tougher to win.