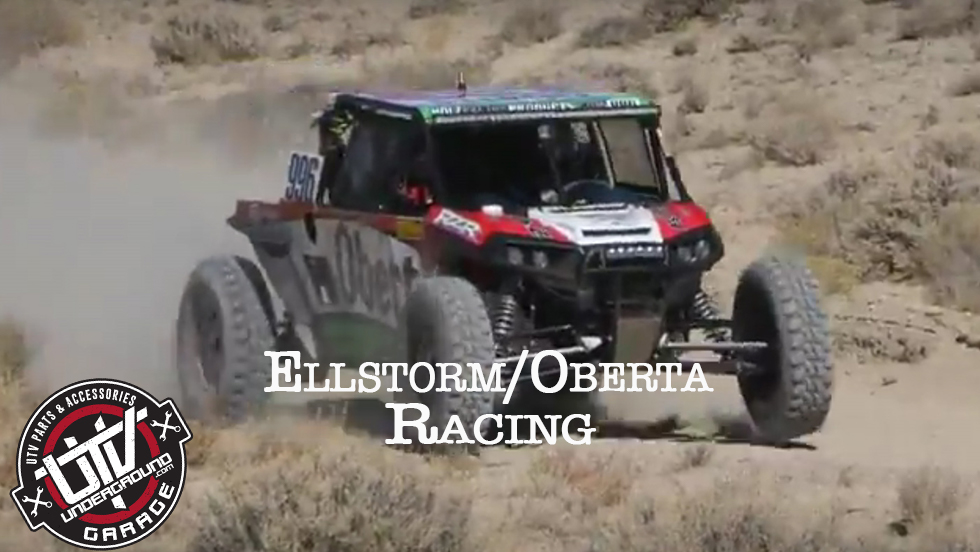 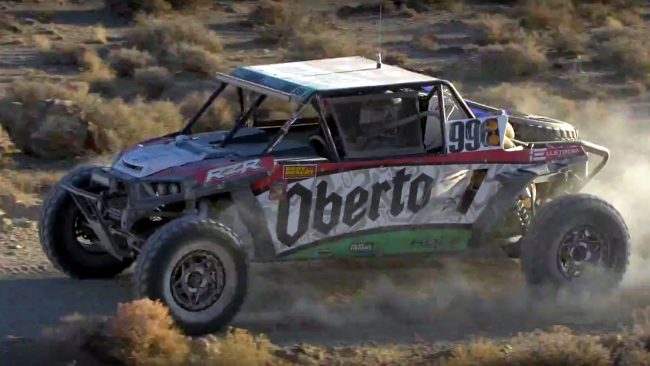 SEATTLE, November 20, 2017 – In December of 2016, rookie driver Sven Ellstrom served notice that his team would be a contender in the 2017 Best In The Desert Racing Series by scoring an impressive class victory at the Pahrump 250.
A year later, team owner Erick Ellstrom is hoping to end the season with another win in Pahrump and put an exclamation point on the Ellstrom/Oberto team’s very successful 2017 season. It will be the young team’s first opportunity to race on a course where they have some familiarity.
A series of strong runs and podium finishes and a victory in the Silver State 150 in Caliente established the team’s status as a front runner in the very competitive Pro Turbo class.
Team owner Erick Ellstrom says, “I couldn’t be prouder of what we accomplished in our first year in the sport, and we certainly would not be where we are without the support we have received from Mark and Ryan Holz at Holz Racing as well as Walker Evans, Tensor Tires, VisionX and our title sponsor Oberto Beef Jerky. They have all been great to work with and very instrumental in our success.”
Veteran racers who have watched 19 year old Sven Ellstrom develop quickly into one of the top drivers in the desert have called him a “natural” and the results bear that out. Erick Ellstrom says, “Watching Sven grow up, we always thought he would be good at something like this, but he has gone way beyond my wildest expectations. Needless to say, I’m a very proud dad.”
Sven Ellstrom says he has been surprised by the team’s early success, adding, “We planned on a year of testing and learning before we tried to run with the top guys. But after a couple of races we realized we could be a force to be reckoned with. I just wish we had been at the first race of the season because we would be in the hunt for the series championship. We will set up to go for it in 2018.” 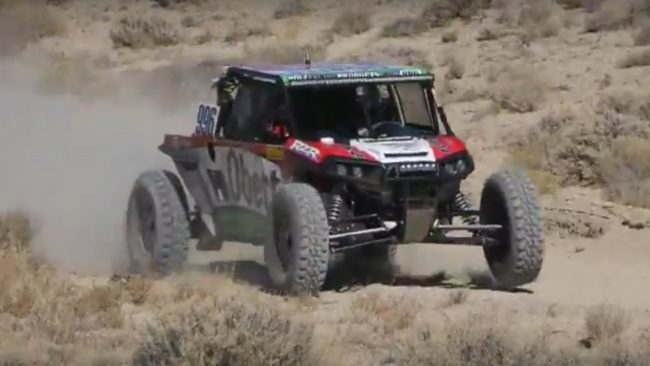 As the team’s Polaris UTV is prepped for the December 2nd race in Pahrump, it is being tuned at Holz Racing using information gained throughout the season. New parts and pieces from Walker Evans and Tensor tires will be part of the setup getting a test run before the 2018 season opener in Parker, Arizona in January.
Erick Ellstrom added, “Our family has a long history in racing with many records and major victories along the way. Since going off-road, we have had the honor and pleasure of racing with and against some of the finest, most professional people and racers we have ever seen. We hope we are gaining their respect as well as we represent Oberto and our other sponsors in the best way possible.”