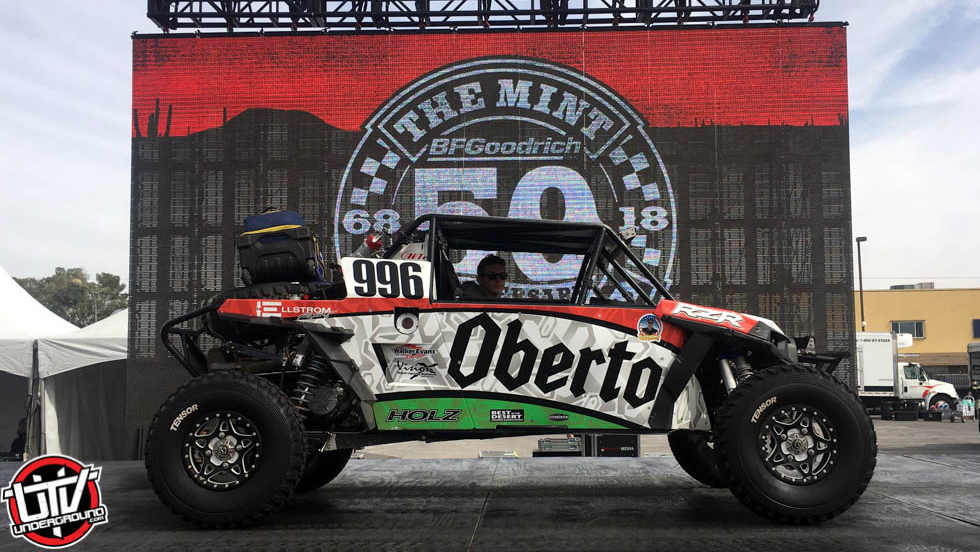 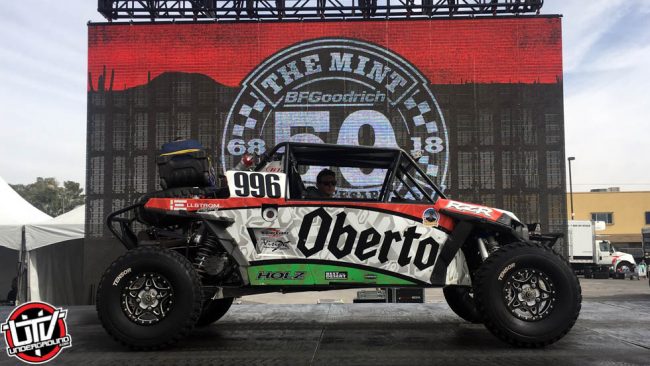 LAS VEGAS- March 12, 2018 When you start 56th on the grid in a field of 63 racers, you know you are in for a busy day. There will be a lot of traffic to deal with. On the positive side, there will be a lot of opportunities for passing – something Sven Ellstrom does a lot of.

On the way to a Top 10 finish in the Mint 400 outside of Las Vegas on Saturday, the 19 year-old driver of Ellstrom/Oberto Racing’s entry in the Pro Turbo UTV Class and co-driver Chazz Arenidas worked their way up through the field and were in position to challenge for a podium finish until a shredded clutch belt at the start of the final lap forced them to settle for 7th. 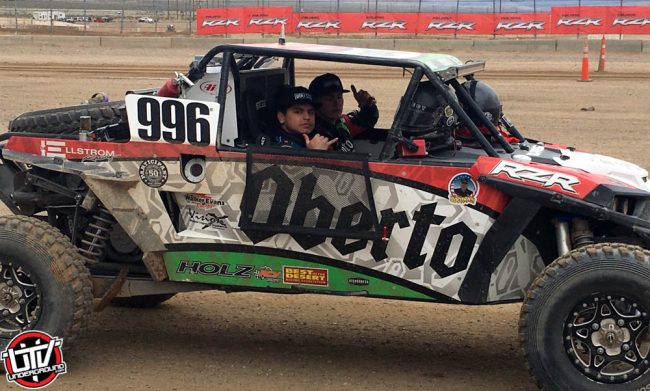 The traffic took a toll on the team, causing Ellstrom to say, “We must have passed about 50 cars. Some guys are pretty good about letting you get by but you get held up for 15 or 20 seconds here and there and it adds up on your time.”

Ellstrom said the first 2/3 of the race went according to plan. “We wanted to get into striking distance on the first two laps and then put the hammer down on the last lap for a shot at the podium.”

The plan almost worked. Ellstrom and Arenidas were in 4th place and gaining on the leaders when they left the pit area at the start of the final lap. That’s when the belt went and the team had to stop for repairs. 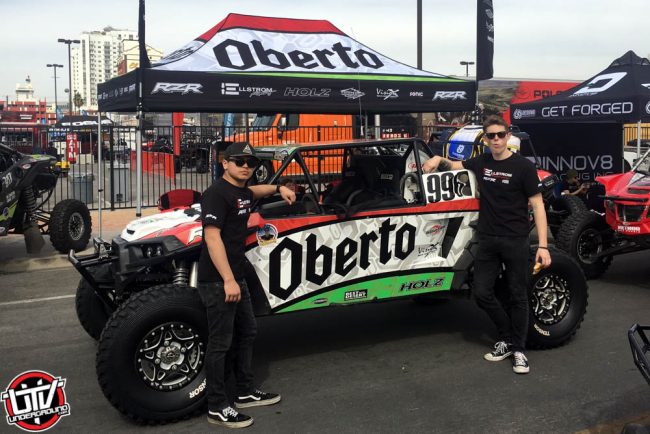 “It was a mess,” said Ellstrom. “When the belt shredded it wrapped the clutch and everything around it in debris. It took a while to get it cleaned up and replaced.”

Team owner Erick Ellstrom was impressed with the performance of his driver and co-driver, saying, “Sven and Chazz did a great job to get the car back on the course and finish in the Top 10 after a failure like that.”

Only 30 of the 63 racers who started the grueling seven hour event finished the race, billed as the “Great American Off-Road Race.”

Erick added, “Overall it was a great week for us and our sponsors. Our Oberto display at Tech and Contingency on Thursday and Friday went really well. I was very happy with the way we represented our primary sponsor. We got great performance from our Tensor Tires as well and our Sonic Tools came in very handy.”

Ellstrom concluded, “Again, it was a pleasure and an honor to race with the great people and teams we have met in this series. Congratulations to Justin Lambert on a great win and to Phil Blurton for another strong run. Our friends and partners Mark and Ryan Holz had a great day with a podium finish. We should have something for them in Laughlin.”

Next event for the Ellstrom/Oberto Race Team will be the Polaris RZR UTV World Championship April 6 & 7 in Laughlin, Nevada. 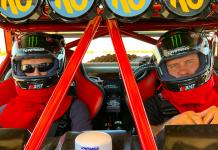