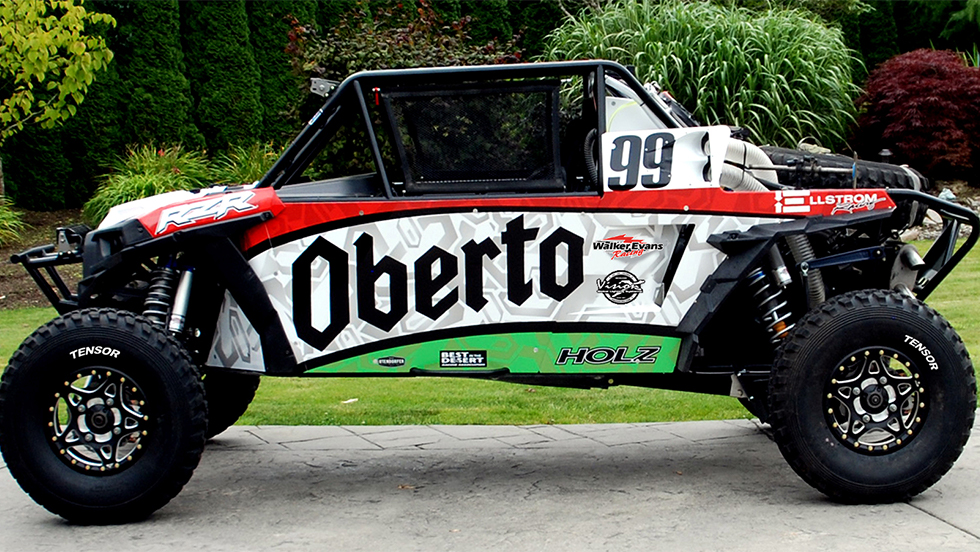 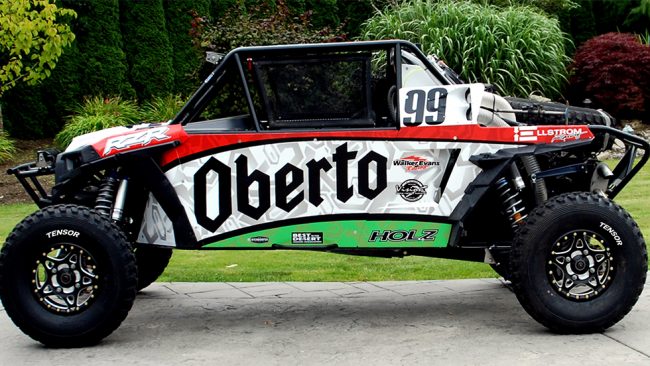 KENT, WASHINGTON, January 2, 2018 – Ellstrom Racing owner Erick Ellstrom and Oberto Brands President/CEO Tom Hernquist have announced a sponsorship agreement which will return the familiar red, green and white Oberto Beef Jerky livery to Ellstrom Racing’s entry in the Turbo UTV Class of the Best In The Desert Off-Road Racing Series in 2018.
In making the announcement, Hernquist commented, “We are so excited to partner with Ellstrom Racing for another year of off-road UTV racing.  The effort and determination to succeed in this growing sport is personified by the Ellstrom team and mirrors the work we put into making the best meat snacks in the world.”

Erick Ellstrom added, “We are very proud to be representing Google Brands and Seattle’s Oberto family again in 2018. Special thanks to Tom Hernquist and everyone at Oberto for the support we receive from their great company. We will be working hard to Oberto and our other sponsors a series championship in 2018.”
After an impressive rookie season in the BITD series, 19 year-old driver Sven Ellstrom will also have the backing of associate sponsors including Holz Racing Products, Walker Evans Racing, Tensor Tires and Vision X Off-Road Lighting.
​
In February of 2016, Sven and classmate/co-driver Matt Rutz made an impressive debut at the Ultra4 “King of the Hammers” event in Johnson Valley, California. The new team showed speed and toughness, advancing through the field until a broken clutch belt ended their debut in the off-road world

Just a few months later, in December of 2016, Ellstrom Racing raised eyebrows with a first place finish in the UTV Unlimited class at the “Best In The Desert Pahrump Nugget 250.” Sven was on his way to establishing a reputation as one of the top drivers in UTV off-road  racing.
​
Moving to Best In The Desert’s very competitive TURBO UTV Class in 2017, Sven and co-drivers scored podium finishes at the Mint 400 in March and the prestigious Las Vegas to Reno race in August. Then in September, it all came together in the Silver State 150 in Caliente, California. Sven proved to be the class of the large field, scoring an impressive 1st Place finish and a trip to the top of the podium.​

Sven Ellstrom concluded, “2017 was definitely a learning experience for the entire team. My co-driver in the last race of the season at Pahrump, Chazz Arenibas, will be with me for the entire 2018 season. We are excited to put everything we learned in our first season in the Best In The Desert Series to work in the new season. With the support we have from Oberto and our other sponsors, we plan to make a strong run at the series championship In 2018.”
The 2018 Best In The Desert Series season opens with the GMZ UTV Winter Nationals Casey Folks Parker 250 in Parker, Arizona on January 6. 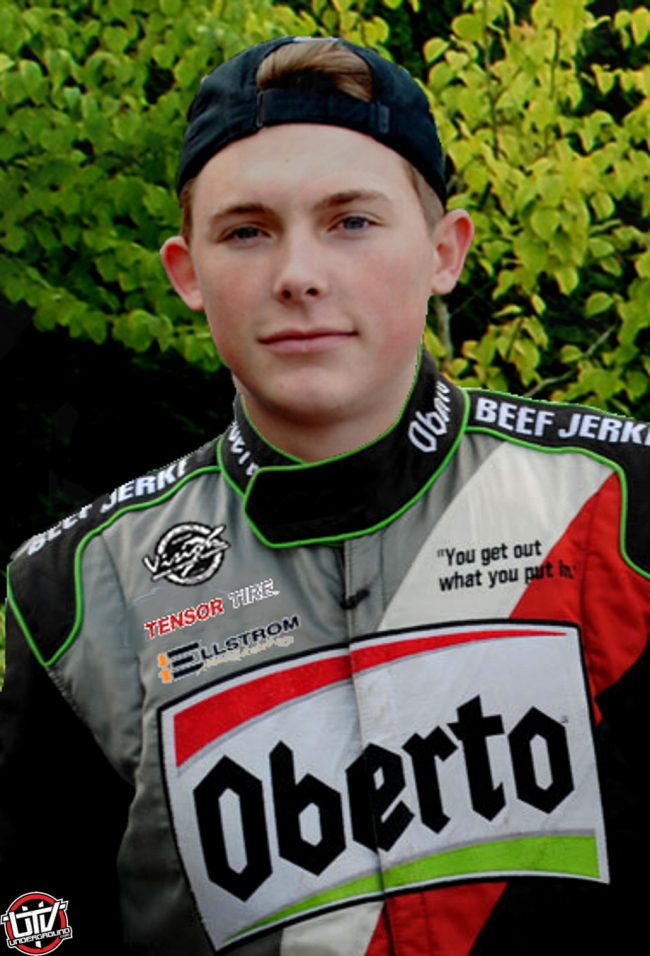