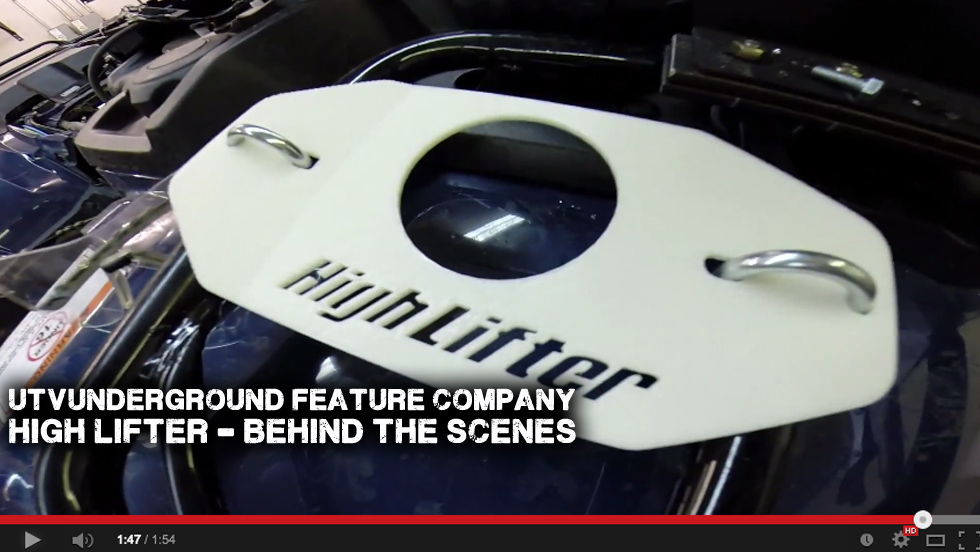 UTVUnderground.com is a HUGE fan of High Lifter Products. High Lifter, from top to bottom is the kind of company you as a consumer want to do work with. Like us, the folks at High Lifter are pure enthusiasts. They aren’t faking this whole thing just to sell products, rather, they live the lifestyle!

We have had the opportunity more then a couple of times to ride and hang with the gang at High Lifter. UTVUnderground.com has made the trip to Texas 2 times to attend the annual High Lifter Mud Nationals and we have even got to party down with their crew on our turf at Camp RZR in Glamis. Right away, you can’t help but like what Scott and his team are all about. They use what they build and they lean upon their day to day experiences to help develop and improve products they sell. Known for supplying the “MUDDERS” market with lift kits, chassis products, and every accessory you can think of, High Lifter is the go to company for all things related to the “MUDDERS” lifestyle as it pertains to ATV & UTV.

If you play in the mud then chances are you already know what High Lifter is all about. If not, then I recommend you check them out and if you like doing business with good people then you won’t go wrong spending your hard earned money with High Lifter. 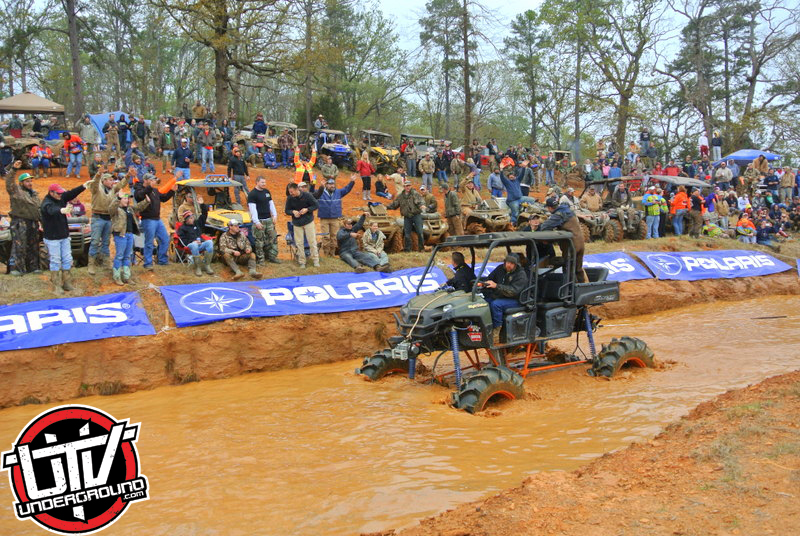 High Lifter Products, Inc. has been developing and marketing unique, after-market accessories for utility, 4-wheel drive ATVs, UTVs, and RUVs since 1996. In this short time, the company has grown from a one-man, backyard hobby into a 35 employee, multi-million dollar corporation.

Business operations are carried out at our 28,000 square foot location in Shreveport, Louisiana. This building includes a retail showroom, a performance shop, executive offices, and is surrounded by 3 large warehouses. We also operate through our main website, www.highlifter.com, which is visited by millions of unique visitors per month, and includes a full product catalog, a chat room and forum, games, an online ATV magazine, and many, many more informative and entertaining features. 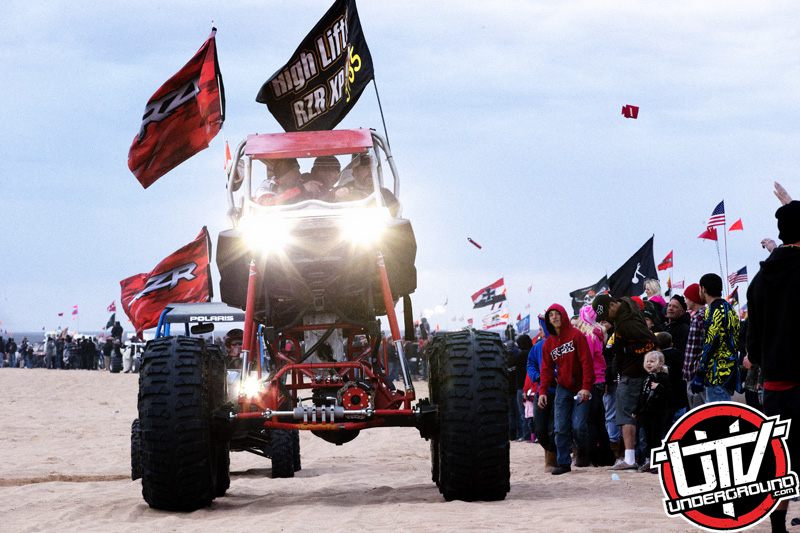 How it Began – The Lift Kit

Scott’s father, current High Lifter General Manager Mike Smith, was the mastermind behind High Lifter’s first product – the lift kit. Mike had seen homemade lifts for ATVs, and wanted one. Because Scott was more “construction minded” (he was already co-owner of a local construction company), Mike asked him to make one for his 1996 Honda 400 Foreman so he could run larger tires and achieve more ground clearance. Scott and Mike soon realized that this was both a great and badly needed product, but also realized that it could never be sold and marketed in its current configuration as a weld-on accessory. Over the next few months, work began on developing the bolt-on lift kit. In the early days, there was plenty of outside help to get this project going. “We designed dozens of bolt-on kits before arriving at the finished product, a front lift for a Honda 400,” says Mike.

Since Mike had a full time job working for Caddo Parish, he realized that his “real” job did not allow the flexibility to pursue completing the lift and then marketing it. Rather than see this much needed accessory go by the way side, Scott and Mike both decided that Scott would take over and make the High Lifter lift kit a reality.
Once the front lift for the Honda 400 was completed, Scott began to run test ads in the local Thrifty Nickel. This generated enough interest in the lift that more ads were run in Thrifty Nickels in 10 other southern cities. Within a few months, High Lifter was spending more on Thrifty Nickel ads than the first Dirt Wheels ad cost and was not getting near as much exposure.

Scott knew he needed a “shop” to work out of. He borrowed some money to buy some basic equipment and built a small workshop behind his house. Scott spent his nights after work building and selling the kits. “All inventory was kept in a small plastic dish-sized tub,” jokes Scott. The next order of business would be a name. Again, Mike came through. “The name High Lifter was selected as being reasonably indicative of what the product is – a lift that makes ATVs higher,” says Mike. 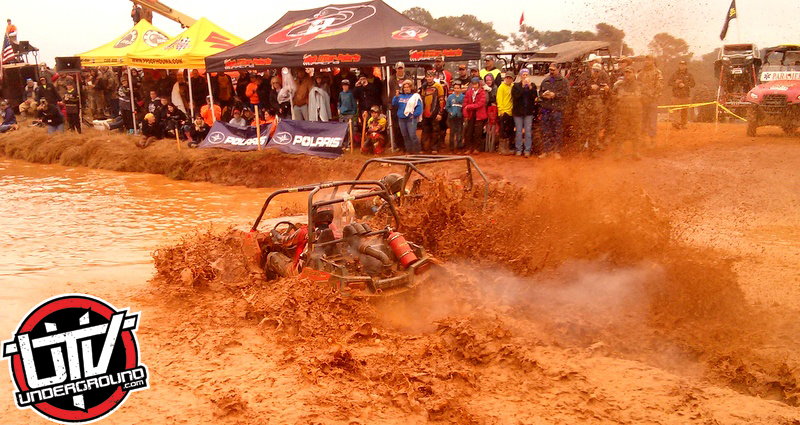 In 2003, we wanted to get some friends, customers, and ATV enthusiasts together for a weekend of fun, while showcasing products and sharing ideas, and as a result the High Lifter ATV Mud Nationals was born. Now this once a year event has become the largest Utility ATV event in the world, boasting more than 14,000 attendees (and growing each year), where ATV enthusiasts and riders from across the US and Canada come together for a weeklong extravaganza of mudding fun and racing action.

In 2007, High Lifter announced a collaboration with Polaris to create high performance modifications and accessories for the newly-announced 2008 RANGER RZR. Shortly thereafter, Team High Lifter-Polaris Racing was formed. This team partnered the most experienced riders, fabricators and mechanics with world-class engineers at Polaris to create a racing machine that won nine trophies in their first two outings. The team continues to dominate the ATV mud racing scene. Near the end of that same year, building on the success and popularity of High Lifter events like Mud Nationals, we announced the beginning of construction of a brand new off-road racing park located on 574 acres of land in Keithville, Louisiana.
Now as more and more serious racing teams form, attracting national media attention and major industry sponsors, ATV mud racing has become a highly competitive sporting and racing industry. Plans for professional ATV racing, that will attract thousands more spectators and competitors from across the nation, have been set into motion. The ATV industry is evolving and High Lifter couldn’t be prouder to be at the forefront of that change.

High Lifter was proud to announce the beginning of what we believe is the birth of a new era in the ATV industry and enthusiast community with the inception of the “High Lifter Pro Series Racing” professional ATV mud racing points system. The HLPSR was formed to organize, promote, and bring national awareness and recognition to ATV Mud Racing as a sport.

In 2008, High Lifter was named Small Business of the Year by the Greater Shreveport Chamber of Commerce and The Forum News. This award honors the achievements, sustainability, productivity and contributions to the community of area businesses. The entrepreneurial skills of Scott Smith, along with an outstanding support staff of employees have made High Lifter Products one of the leading ATV aftermarket businesses in the nation.

Everything you want to know about High Lifter and their products can be seen at www.HighLifter.com