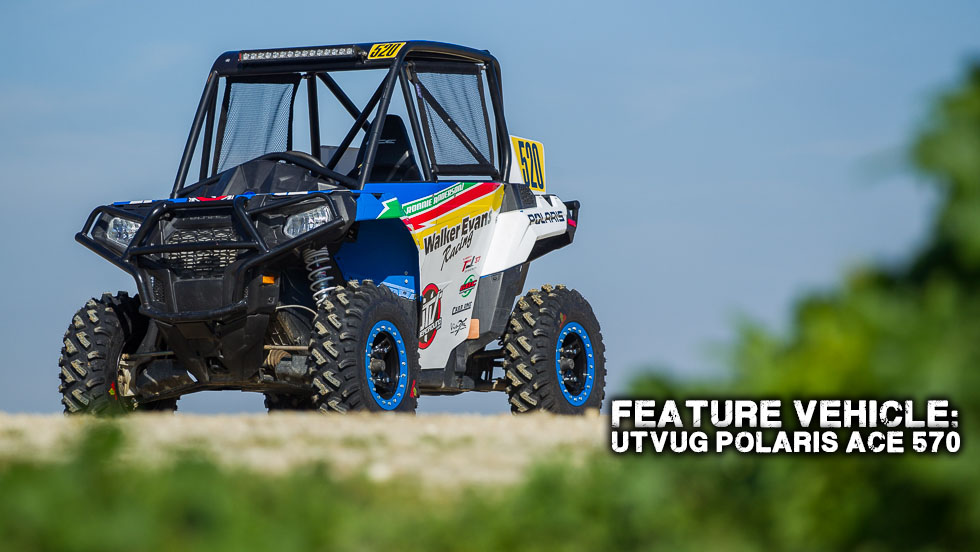 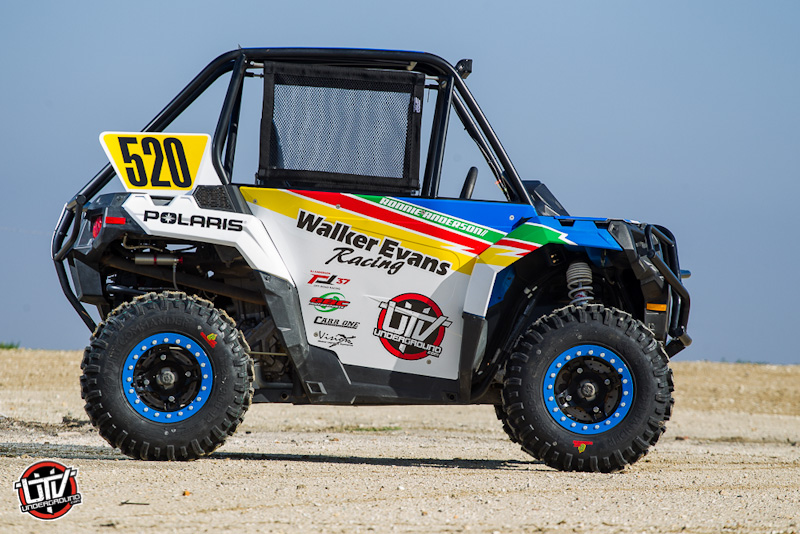 When we first decided to build our 2015 Polaris ACE 570, we were going for a play vehicle design. We never intended on racing it. If anything it would be a fun camp cruiser and / or machine for us to get around race pits with. We even took it with us to film XP1K2 and used it as a chase car with a camera mounted to it. Then someone told us they were thinking of racing these at the WORCS series and our wheels began to turn. Next thing you know Polaris was giving us their blessing to support us with a factory backed effort and we were working a deal to sign Ronnie Anderson, younger brother of XP1K star RJ Anderson, to be our driver. A couple quick calls to Randy Anderson at Walker Evans Racing and we had a full on Polaris Ace 570 race car ready to run at the 2015 WORCS Racing Season.

Carr-One had already done the fab work, Walker Evans had already dialed us in with shocks and wheels and so all we needed were a few small things and we were all set to race. The platform and class was perfect for Ronnie because he is also racing his RZR Xp1000 at the series so the Ace gives him a chance to compete in a class that races before his 1000 class runs thus allowing him some additional seat time on the track. It also allows for Walker Evans Racing to work on their shock package for the Ace which now they have perfected.

While we don’t really need a light bar for racing at WORCS, Vision X had already hooked us up so we decided to leave it on so Ronnie could blind the competition for fun! haha

Ronnie is sponsored by GBC Motorsports so they also dialed in our Ace with a fresh set of 25″ Dirt Commander tires which work perfectly for racing the Ace in all conditions.

Power wise we are still stock, we have played with clutching a little and are now looking to start adding some power adders to the little engine that could. Don’t be fooled by this little machine, once its hammered down she can run and Ronnie has proven that by hole-shotting almost every race so far this season. 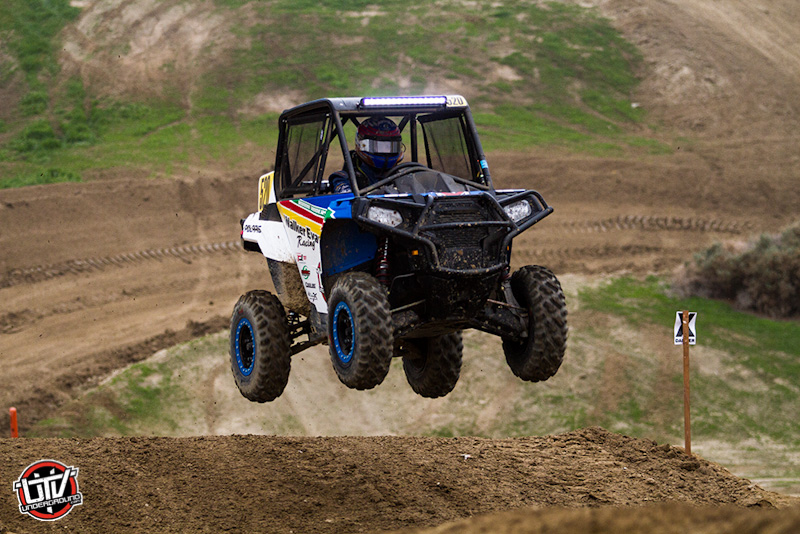 The Ace is a perfect machine for youth drivers or the new driver to the sport. Priced under $10K its also an affordable option for anyone looking to get into the UTV game without breaking the bank. We love this little Ace and we think this new platform is only going to get bigger in popularity. I suspect it won’t be long before other OEMs start playing with the concept and introducing single seat vehicles of their own. 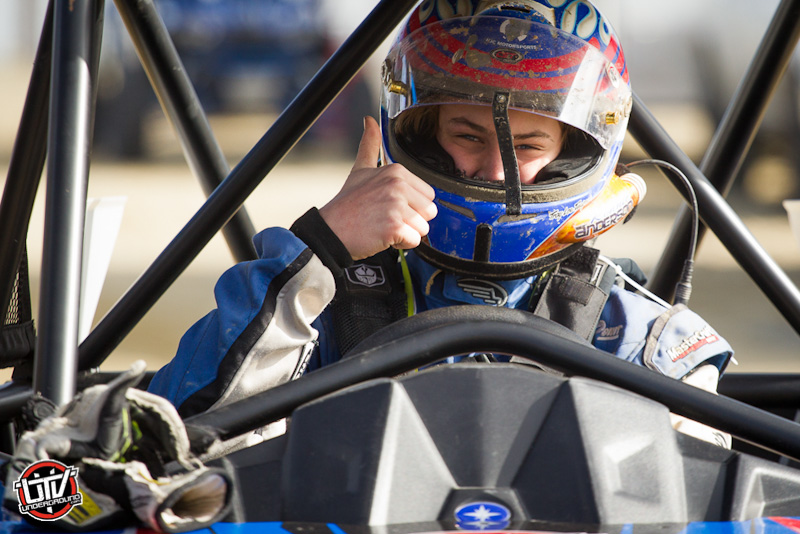