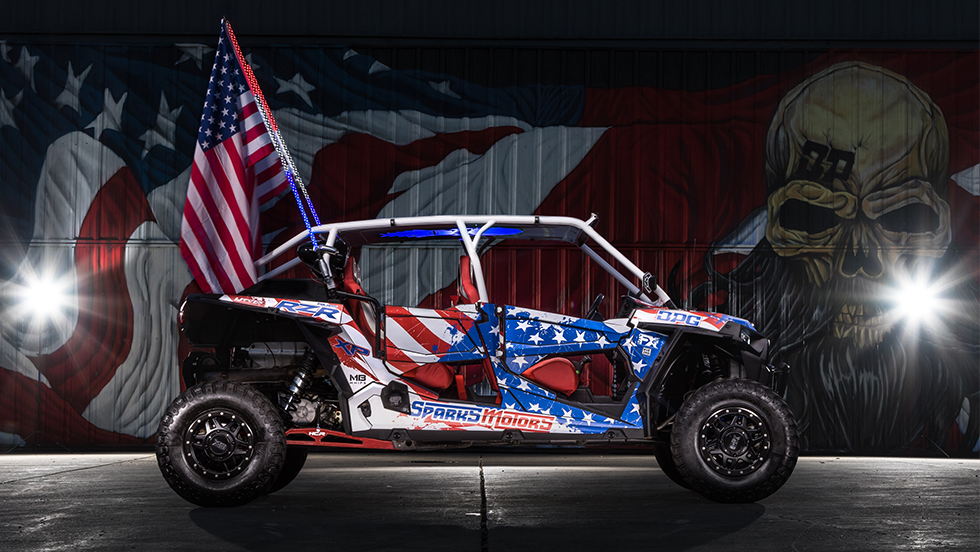 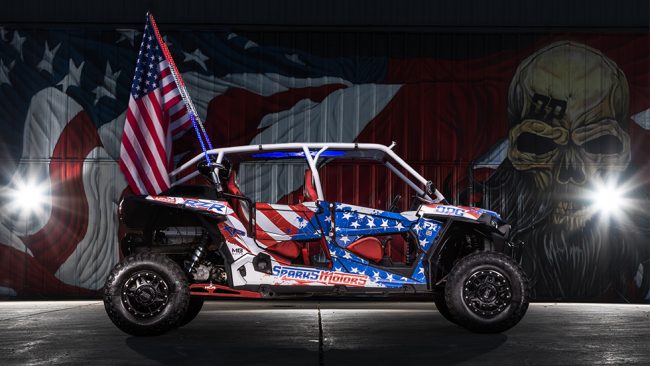 America, F*** Yeah! I couldn’t help it. Those were the first words out of my mouth when I first laid eyes on Diesel Dave Kiley’s Polaris RZR. For those who live under a rock, Dave Kiley AKA Diesel Dave is arguably one of the most popular men on cable television. Kiley is pat of Discovery Channel’s hit TV show, The Diesel Brothers, and co-stars with best friend Dave “Heavy D” Sparks. We have worked close with both Heavy & Diesel over the past year, assisting in builds for the TV show as well as simply doing things together as friends. Their popularity has grown tremendously over their 3 seasons of television and their love for RZR’s has also grown! 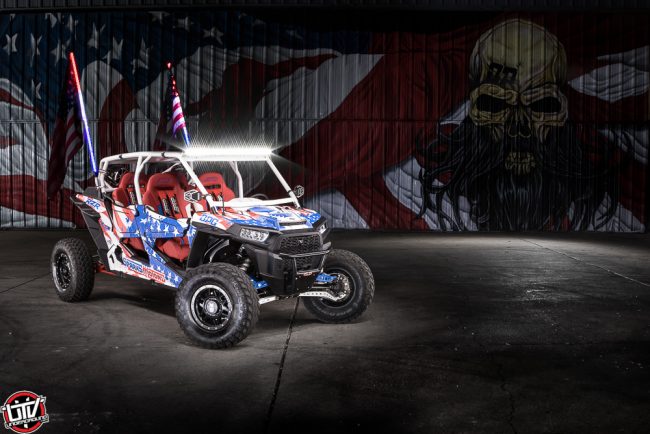 This 2017 Polaris RZR XP4 TURBO is decked out head to toe in the best color combination known to man. RED, WHITE, and BLUE. Dave Kiley calls it “The Patriot” and jokingly states “The Patriot will always STAND for the National Anthem.” For Dave it wasn’t even a choice when it came down to picking a color scheme for his new RZR build but when asked just “Why?” his reply was “The Flag represents Freedom, America, Friends and Family, Countless individuals who have given their lives for me to enjoy my freedoms, and most of all it represents the HOME that I love.” Seems fitting enough for a vehicle that allows you so much freedom, fun, and lasting memories with friends and family. 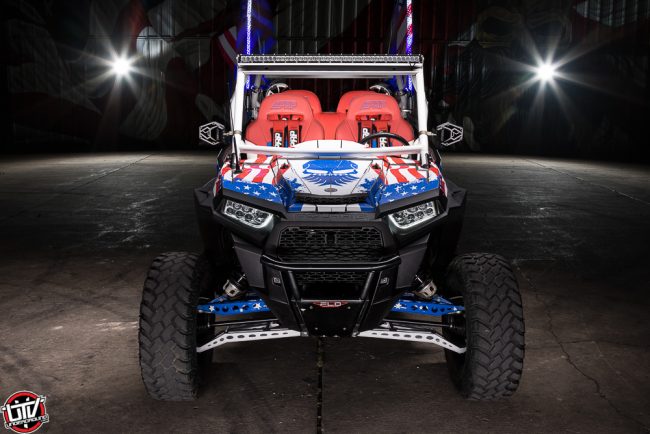 Built with the help of friends at both Sparks Motors and Never Second, this build features an HCR XP1000 ELITE OEM Stock Replacement Kit with custom stars on the front A-arms and a powder coating finish that matches the ArcticFX Vinyl Wrap – Red, White, and Blue.

Keeping those in the car safe, FLO-Engineered came through with a super sleek custom built cage that features a color changing LED backlit “Diesel Power Gear Skull” in the headliner. Color matched PRP suspension seats with 5-point harnesses keep you in place and the built-in hydration packs offer a new level of comfort on the trail.  With seating for 5 thanks to the rear PRP bench The Patriot is ready to make some epic memories. Now, we know this machine looks pretty, but don’t get it twisted. Dave has already put both the cage and suspension to the test, trust us, everything works! 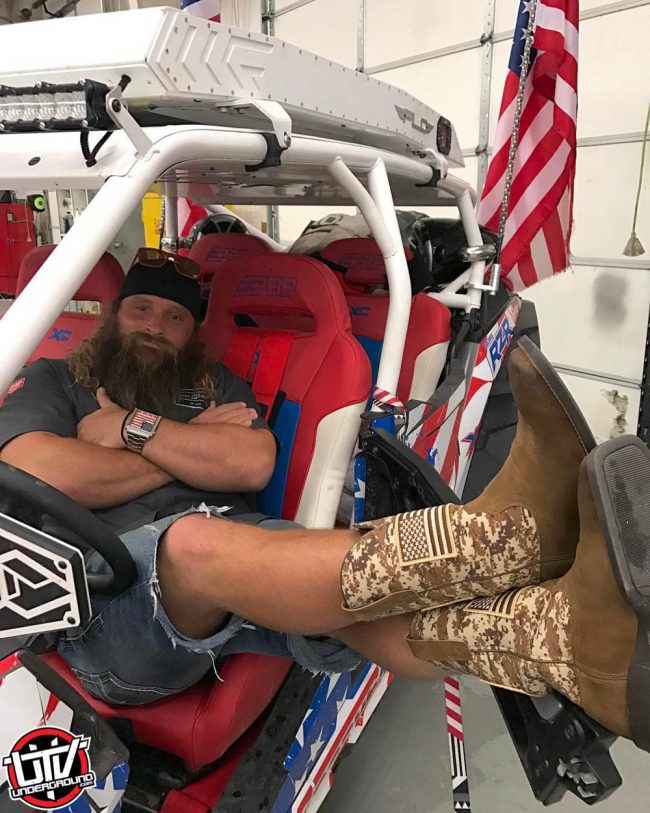 Dave is a loud and proud guy, if you watch the show then you know that. It wouldn’t have been a proper Diesel Dave build without a thumping stereo so he called on WetSounds to help him bring the party where ever he goes. New 15″ KMC Machete Wheels and 30″ EFX MotoHammer tires keep the RZR rolling and looking tough. Lighting by Heretic Studio and accessories by Assault Industries helped finish the build off.

Diesel Dave is one of the most genuine individuals you will ever meet. The persona he carries on TV is actually exactly who Dave is in real life. He’s a true American that will give you the shirt off his back and we are proud to feature his awesome 2017 Polaris RZR! 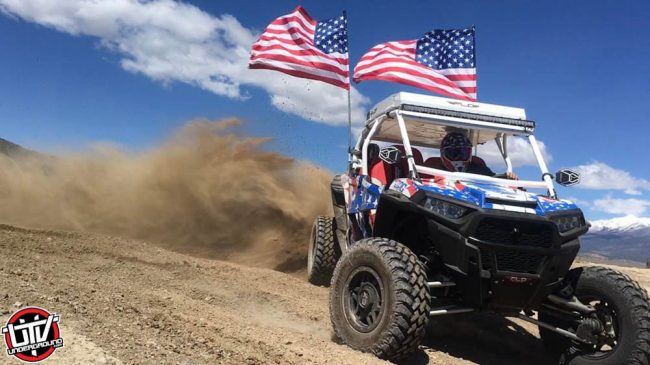