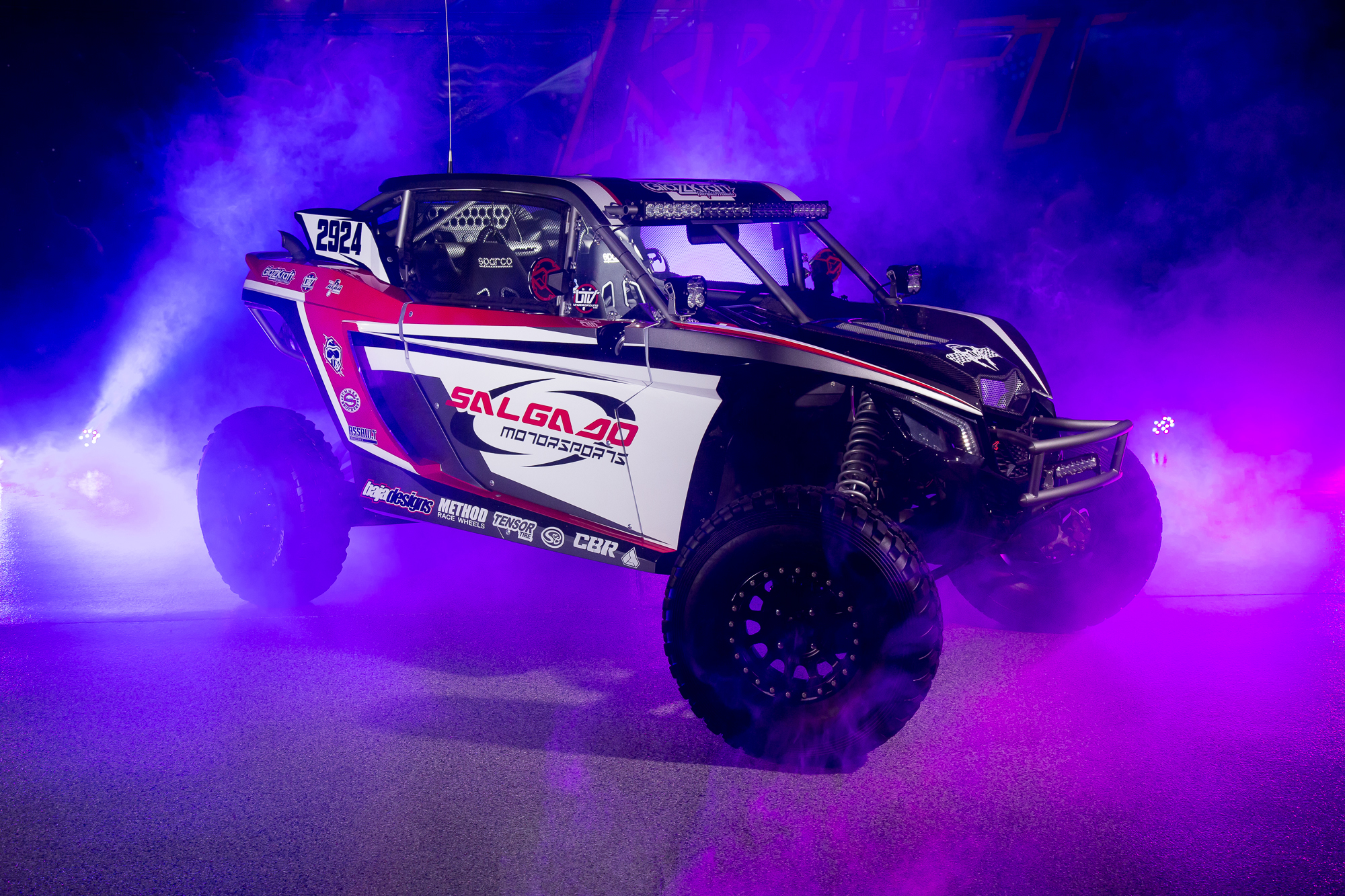 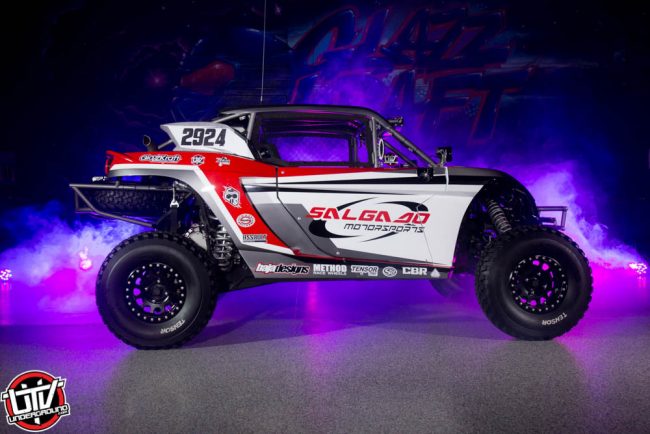 If you have followed UTVUnderground over the years then you have learned plenty about the quality builds coming out of Baja California Mexico by Hector Jimenez and his team at GLAZZKRAFT. We have been honored to be an exclusive media partner for Hector and his team, unveiling their amazing fiberglass and carbon fiber body and interior pieces as well as their full turn key builds.

Over the years GLAZZKRAFT has produced game changing dash, console and exterior body panels that have given builders, racers and enthusiasts around the world a way to truly customize and improve the look and function of their UTVs. While their parts are what many may know them for, we recognize them as one of the best kept secrets in the sport when it comes to advanced and detailed complete race & play cars. Its hard to comprehend that such talent could fly so far off the radar, but their secret is slowly getting out. 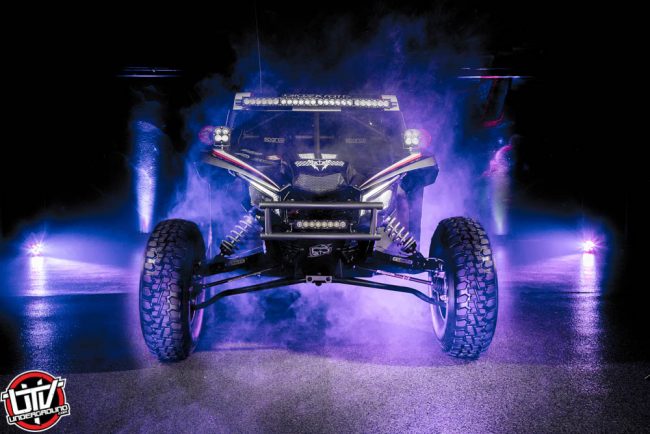 What we have today is one of the cleanest and best looking Can-Am Maverick X3 Xrs Turbo’s to have ever been built for competition. The machine was built and is owned by the father & son team of Martin & Alejandro Salgado. Youngest son Rodrigo is also involved and will support his brother and father as co-driver of the all-new #2924 race machine. 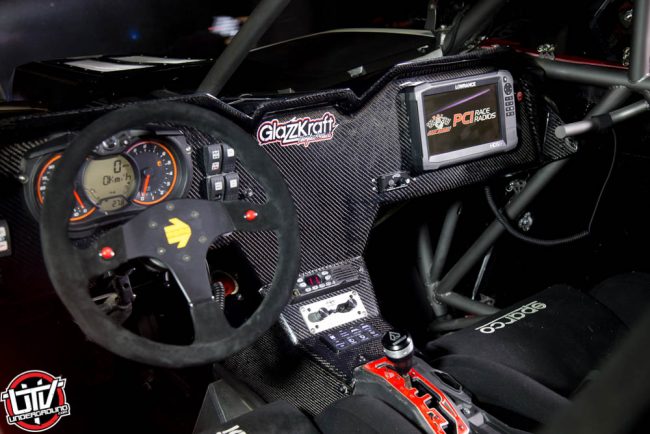 A 32 gallon PYROTECT fuel cell is cleanly tucked under the seat to give the Maverick X3 plenty of gas and a CBR performance radiator was installed to ensure it stays cool over those long hot pulls. 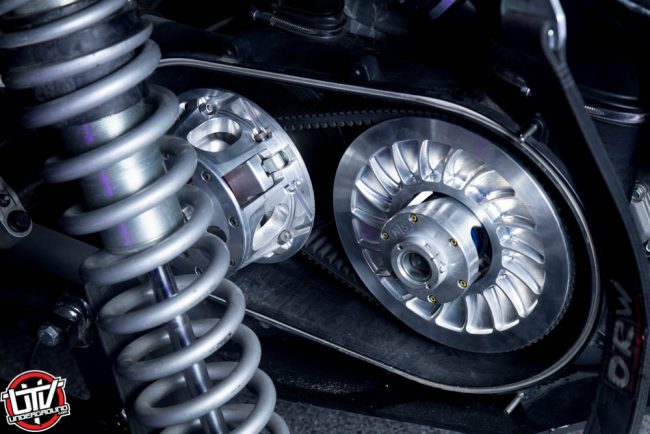 But what stands out the most on this amazing build is the quality fabrication performed by the fab division at GLAZZKRAFT. A full 4130 chromoly roll cage was tig welded to perfection and their amazing X3 custom fiber body kit & carbon fiber dash and hood really set this build off to the next level. They even performed the custom paint in house proving that GLAZZKRAFT isn’t your typical UTV custom fab shop. Hector has an eye for not only making a machine completely functional but also makes it look unique & fast just sitting there!

This is the second Maverick X3 to have this Body kit and it is now available to the public for purchase! It works for race & play machines and like all GLAZZKRAFT products is the best and one of the only body kits available on the market. 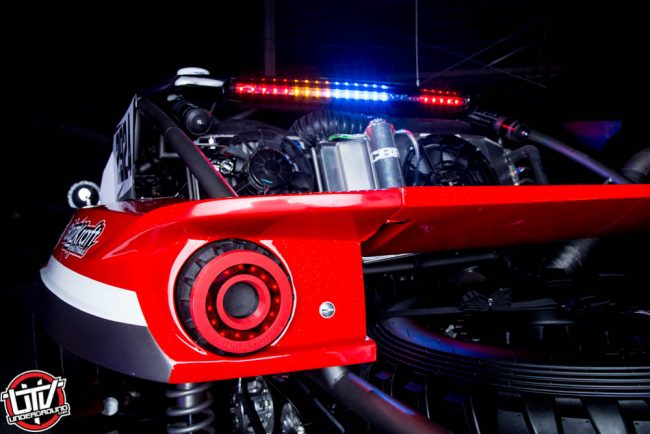 The Salgado’s plan to race the new build in Baja Sur, BC. at local short tracks & desert Racing series like the Famous “Dos Mares 500”, “Coyote 300” and others.
Plans also include racing some SCORE series events like the Baja 250 & Baja 500 in 2019. 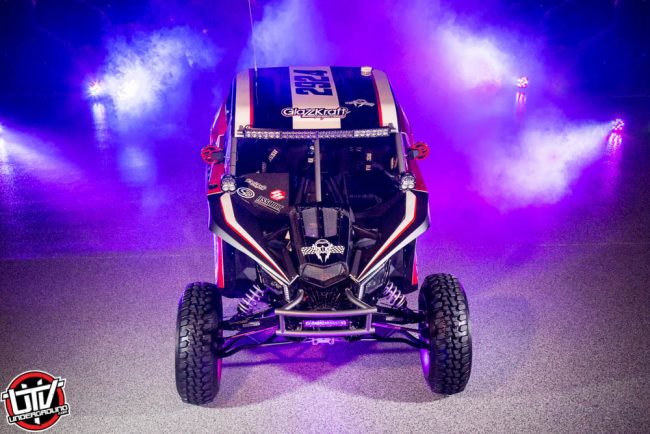 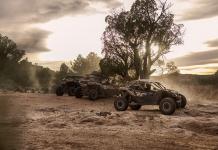 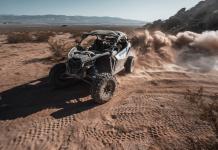