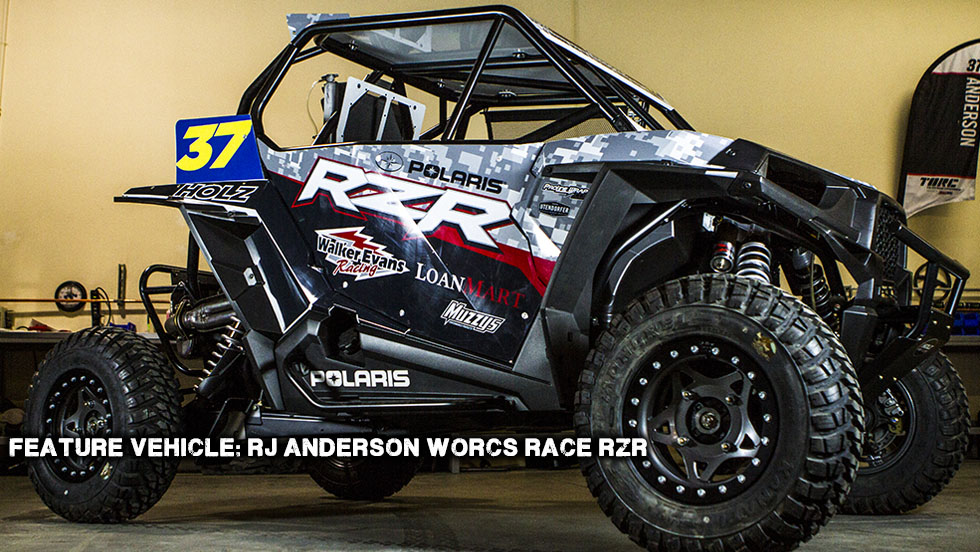 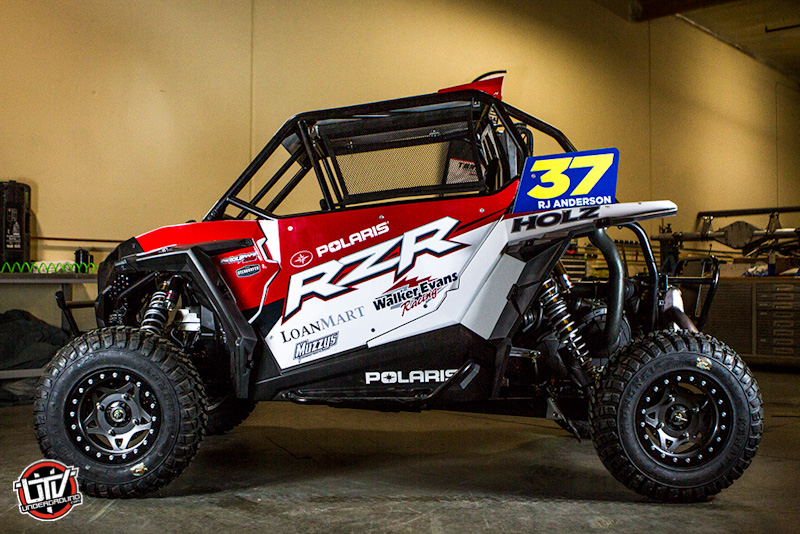 By now, if you don’t know who RJ Anderson is then you probably live under a rock. The 22 year old off-road racing phenom is no stranger to custom RZR builds. He has been the longest standing Polaris RZR sponsored driver since the inception of RZR, he has a Lucas Oil Off-Road Racing Pro UTV championship under his belt, has won more UTV races then one can count and is the star of his own viral film series simply known as XP1K. Simply put, RJ Anderson is the face of Polaris RZR.

Despite competing full time in 2 truck racing classes at the Lucas Oil Off-Road Racing Series, RJ still puts in time as a professional UTV racer at the WORCS and Terracross Racing Series’. He also competed in the inaugural UTV World Championship this year competing in the car we are featuring here, as well as a driver in the desert race in the Coastal Racing Polaris RZR. RJ loves to race, he loves his RZRs and when he set out with builder Mark Holz of Holz Racing Products for his 2015 race RZR build he once again spared no expense.

Holz Racing Products has perfected the art of constructing full tilt race RZRs. Whats amazing is they create a look that makes you believe the entire chassis has been reconstructed when in reality it is 100% all bolted on. From the custom dash to the reworked shift linkage, everything on RJs race RZR was bolted on by him and his team at the RJ37 race shop. Much of what you see on RJ’s race RZR was developed during the building of our XP1K video machines thus making RJ even more familiar with how the machine goes together and drives.

Mark Holz built the cage and suspension all out of chromolly. The custom shocks were designed by RJ’s father Randy Anderson at Walker Evans Racing and were made specifically to RJ’s specifications. The 2.5″ Needle shocks have a nitrate shock shaft and a special RJ37 Gold Edition finish. The shocks were topped off with a Eibach spring package that was set for the vehicles weight and stance. Most everything else was designed by Holz Racing Products from the sway bar to the mud flaps.

RJ runs a 14″  Walker Evans Racing bead-lock wheel wrapped with a 28″ GBC Mongrel tire. Its a solid combination, one that RJ has rarely had trouble with. To keep RJ safe and comfortable he opted for a SPARCO Evo seat and set of 5 point Mastercraft harnesses. His choice for steering wheel is a suede MOMO race wheel.

To finish off the machine, RJ got with Robert Utendorfer at Utendorfer designs to create this one of a kind, dual look graphic scheme. One side has a digi-camo inspired look but then flip around to the driver side and you have a red background theme giving the vehicle a look of 2 machines in one. Andrew at ProLine Wraps cut the graphics out and the RJ37 team installed it. What resulted was one of the coolest looking and best working race RZRs ever built. Its lightweight and functional and with RJ behind the wheel its always a favorite to win any race it enters! 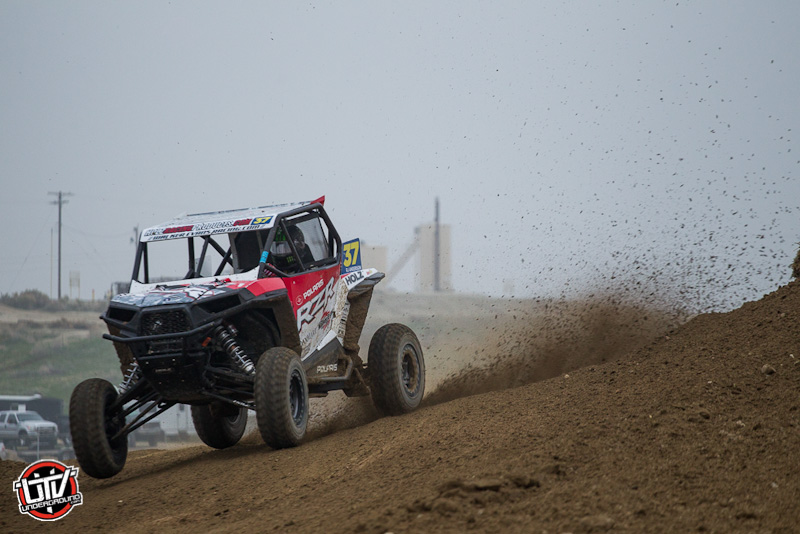