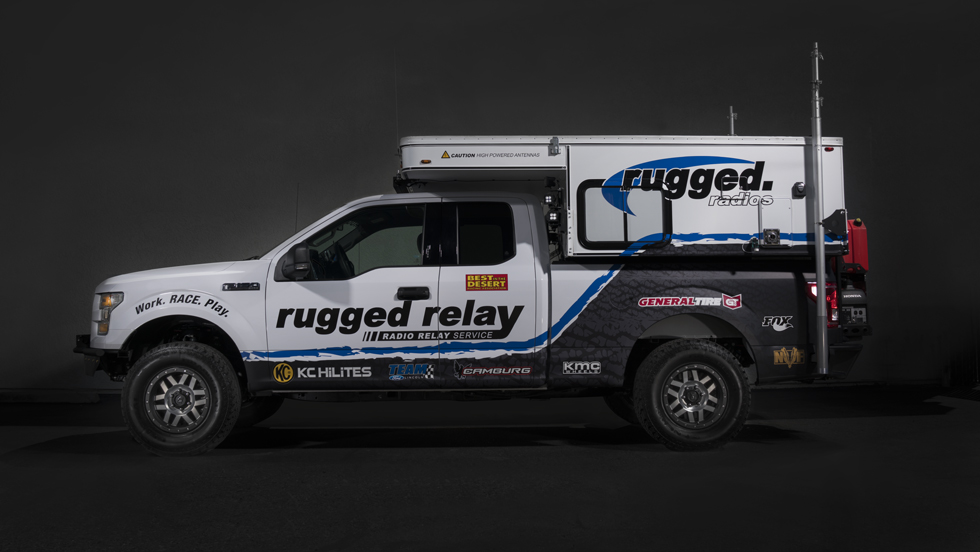 Few companies in off-road have made the level of commitment as Rugged Radios. A constant supporter of teams, drivers, and the entire off-road industry, Rugged announced earlier this year that they are stepping up to help support Best in The Desert by taking on the radio relay responsibilities that are critical to driver safety. 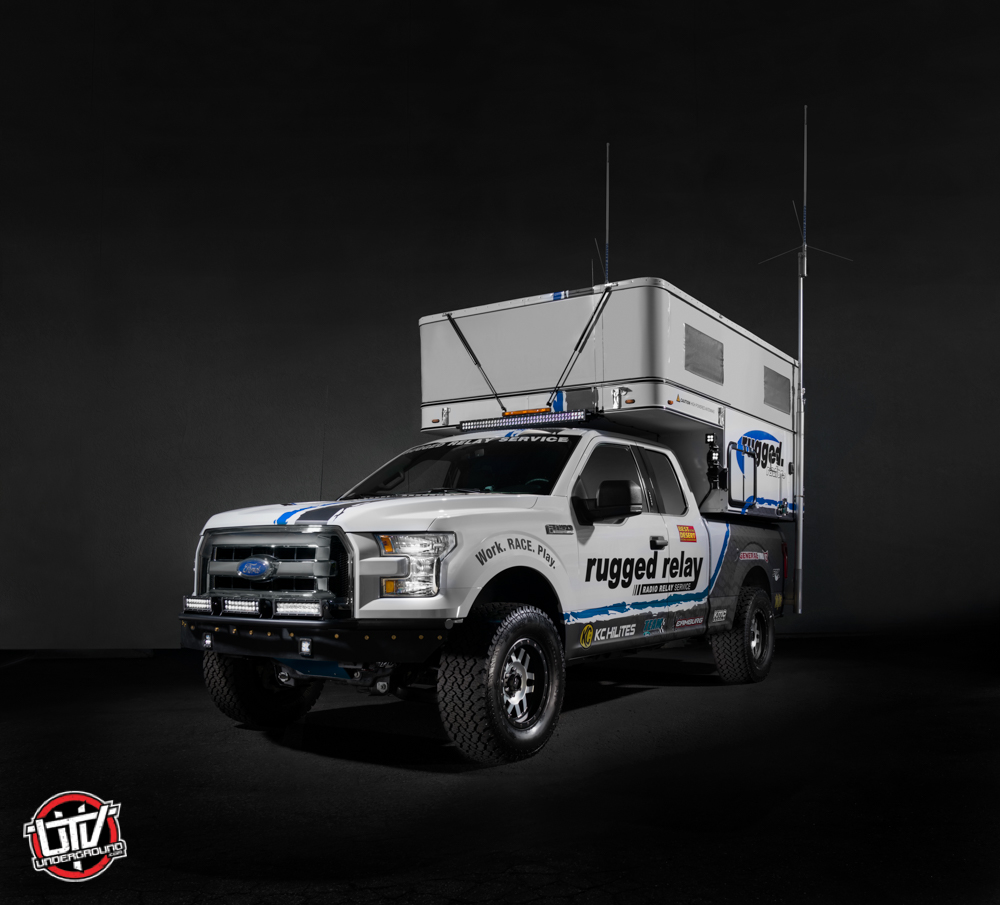 Rugged made an $80,000+ investment in a custom radio relay vehicle that is capable of relaying info via the high powered Vertex VX6000 radios, satellite internet service, and cell phone amplifier. The vehicle will also be manned by Rugged Radio staff who will essentially live in the vehicle in remote locations for multiple days during each race, providing 24/7 race relay support. 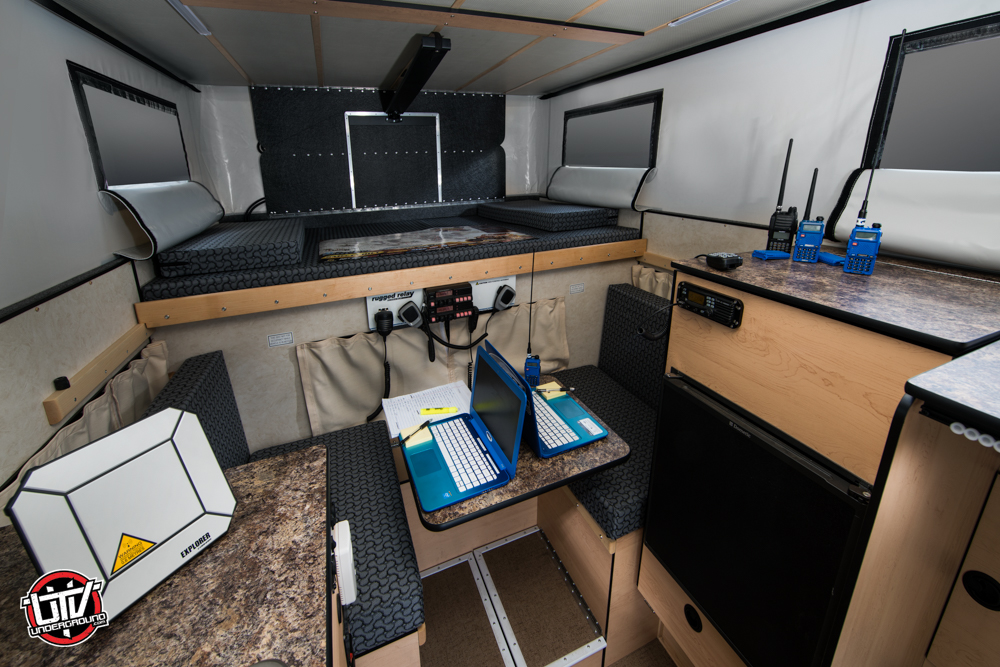 “We want to show our commitment to off-road racing by making it a better, safer experience. The Rugged Radios Relay Vehicle is our way of paying back to racers and the offroad community. We are here for the long haul,” stated Rugged CEO, Greg Cottrell. 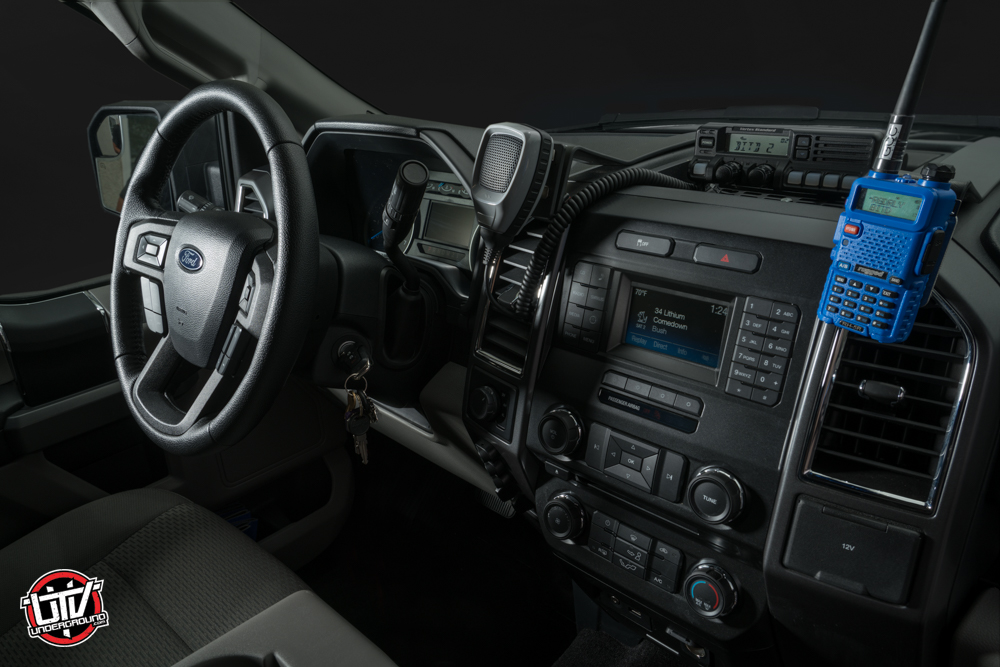 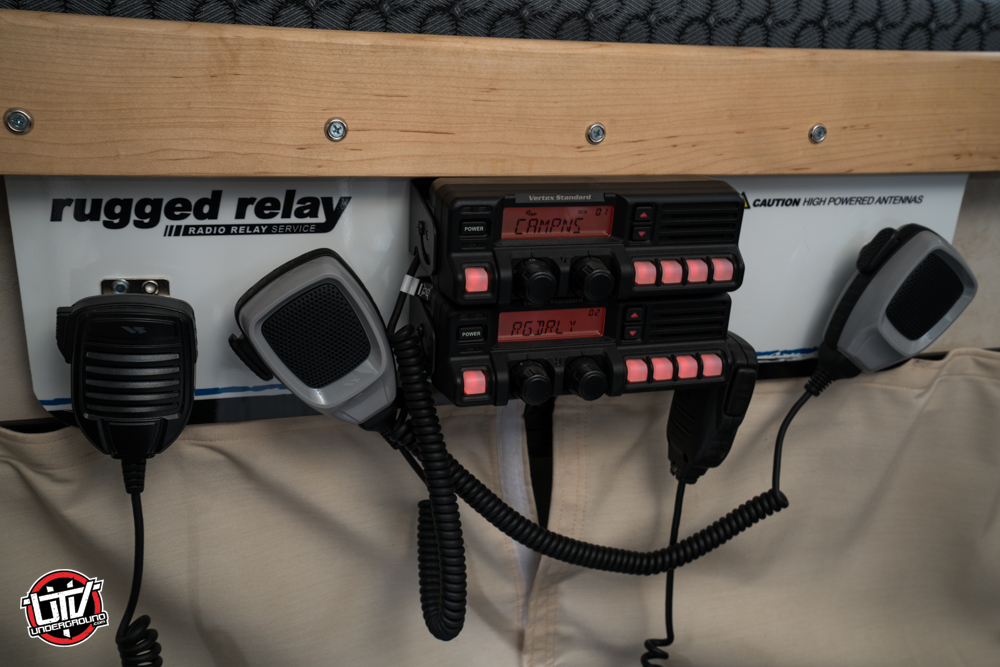 “Rugged Radios has stepped up to help make racing the Best in The Desert series a better and safer experience. It speaks to the character of the people in this company who are willing to spend valuable time and money contributing to the overall health and safety of desert off-road racing. Support them by using their product and services. Support the brands that support off-road,” stated Best in the Desert Director, Casey Folks. 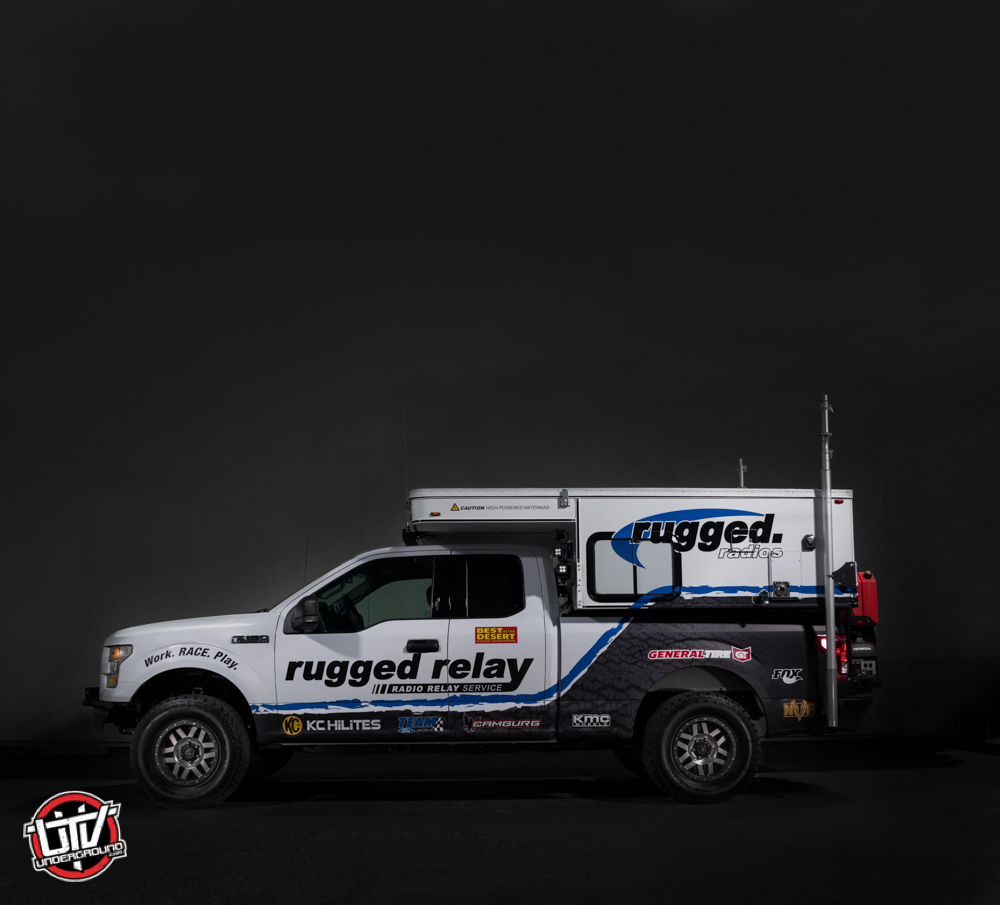 The Rugged Radios Relay Vehicle is built on an all new aluminum Ford F150 4-Wheel Drive Extra Cab body from Team Ford in Las Vegas. Outfitted with a custom built pop-up camper from 4-Wheel Campers, it is the ultimate platform for traveling to remote locations and providing comfort while on a mountain top or the middle of the desert. 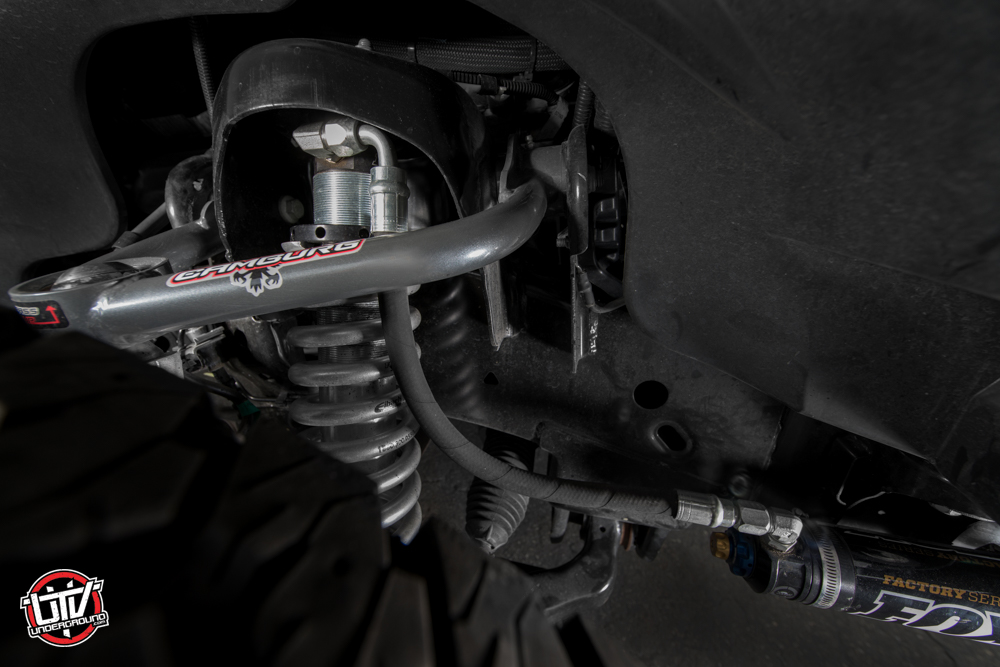 Camburg Engineering outfitted the Rugged Radios Relay Vehicle with an innovative Uniball A-Arm system with Fox Bypass Shocks to increase its off-road performance. Not only does the Camburg system increase travel, it eliminates the weak point in the suspension critical for off-roading with a heavy load. For wheels and tires, the Rugged Radios Relay Vehicle features KMC Machete’s wrapped with General Tire Grabbers for increased stability and traction. NV Fab fabricated custom built bumpers featuring dual swing outs for a generator and spare tire rack. For staff safety, external lighting by KC-HiLITES provides ample illumination at night around the relay vehicle. 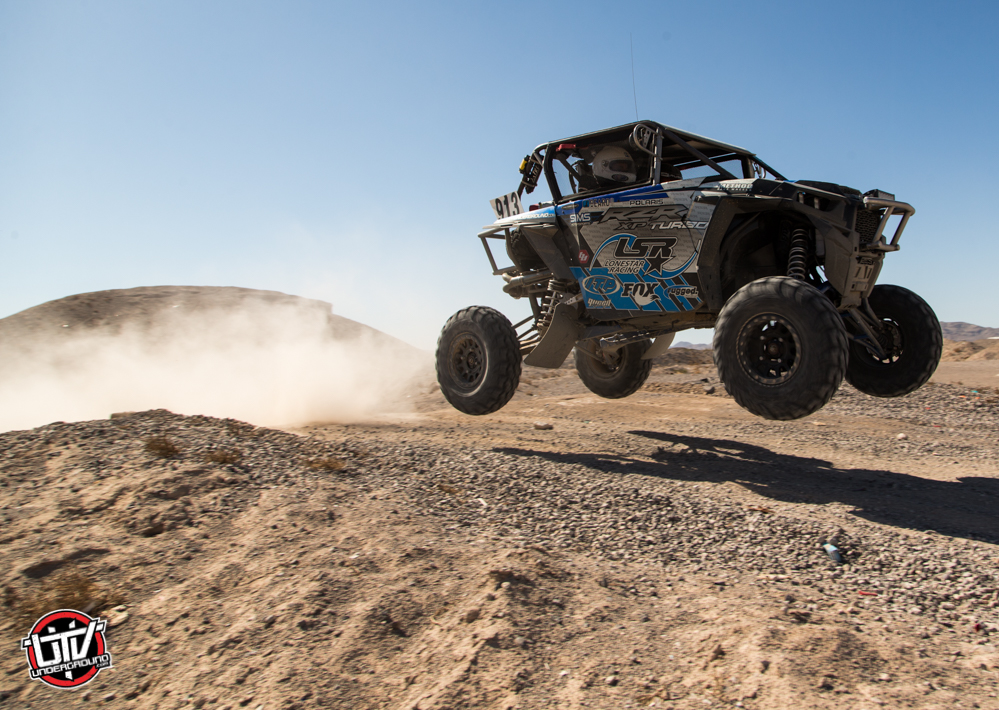 In addition to handling radio relay responsibilities, Rugged Radios supports multiple top teams including defending Best in the Desert Champion, Jason Voss.  “I think it’s great what they are doing to support Best in the Desert and all the racers. Rugged has not only been a sponsor of ours but a key component in race communications,” commented Voss.

For the upcoming Vegas to Reno race August 17th-20th, the two man crew will be living in the vehicle for nearly 3 days providing non-stop support. Check out the full vehicle feature below and be sure to see it in person at contingency at General Tire “Vegas To Reno” The Long Way Presented By FOX.