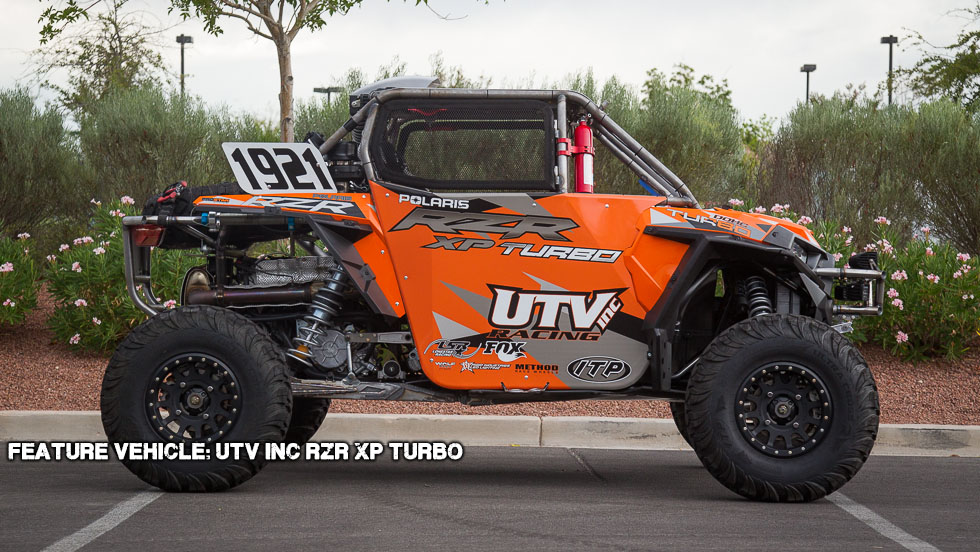 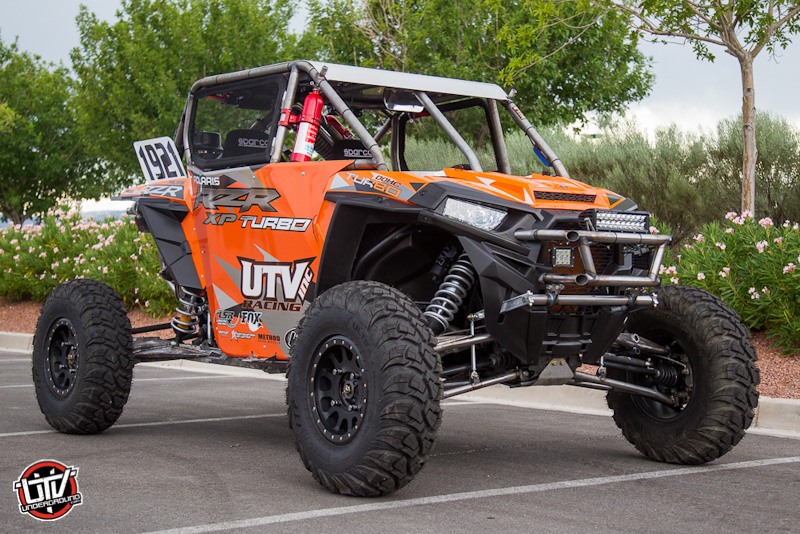 Johnny Angal and his team at UTV INC wasted no time getting their new 2016 Polaris RZR XP Turbo ready to race! If you would have told me this machine took 4 months to build I wouldn’t have questioned you, but like most in this sport we followed along as Johnny and his team built this amazing vehicle in less than 15 days!! We were stoked to get to see this vehicle up close and personal before it hit the dirt prior to the start of the Vegas To Reno race. We got our boy Ernesto Araiza on it to take some photos of this brand new race machine!!

The custom BITD & SCORE legal chassis was built entirely in house at UTV INC and includes custom hand formed aluminum, bumpers, plumbing and wiring. The team left the power stock but everything else was prepped for race!! UTV INC tig welded every bit of the chromoly tube chassis and went above and beyond as it pertained to the details of the car. From a custom CVT roof scoop to a dash / hood piece that really finished off the front of the car, UTV INC did a fantastic job in a really small amount of time!

UTV INC has utilized what they consider the best suspension components in the industry on the new Polaris RZR XP Turbo. They stuck with the race proven LoneStar Racing MTS +3.5” long travel kit with custom LoneStar axles. A full set of FOX IBP 2.5” (front) & 3.0” (rear) shocks provide all the cushion over the bumps and jumps. A UTV INC front sway bar kit mated to the custom UTV INC front bumper which also houses 2) Rigid Industries Dually D2 lights as well as Rigid Industries E Series 10” light bar was also installed! a Custom Kevlar intercool and radiator shield was also installed in the front end. A lot of teams have went to this front sway bar design which helps keeps all 4 tires planted meaning more power hitting the dirt!

Johnny went with black Method Race Wheels 14” 401 beadlocks wrapped in a set of ITP Ultracross R Spec 30” tires. They finished the car off with matching graphics by Wolf Designs! When looking at the car sitting it looks fast. There are a lot of good functional race cars but to make it look this clean and sexy makes it one of our favorite machines in the desert lineup today!

Overall it was impressive to see this machine in person. They cut no corners despite getting it done so quickly. We are sure by its next race it will be even more dialed in and we can’t wait to see how it continues to transform!!

Below is a race report written by Johnny following its first time in the dirt at last weeks BITD Vegas To Reno Race. Enjoy…. 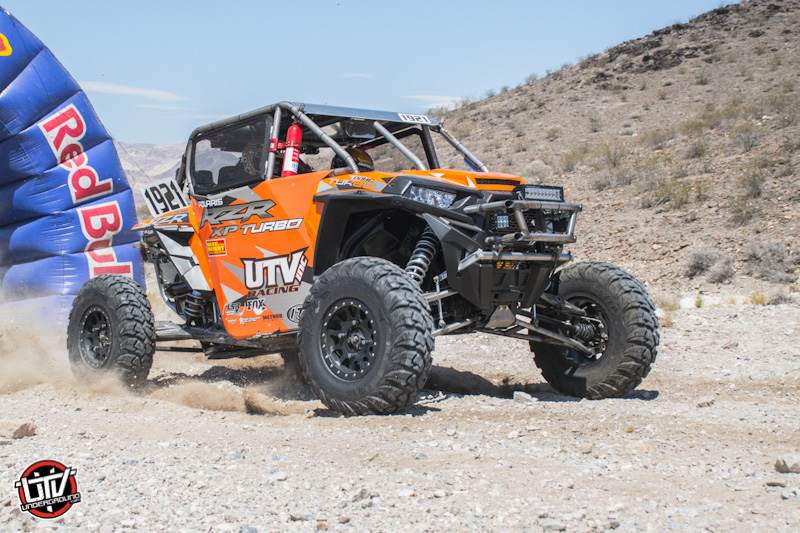 As I sit here less than 2 days after a none stop storm tryin to turn a 2016 Polaris RZR Turbo in to a off road race car my neck is sore, my stomach, back, arms, shoulders, teeth, jaw, hands well you get the Idea but let me tell you not just me but after the race when you see all your fellow racers slowly climbing out of their race cars after 10 12 15 hours of getting tossed around in the race car, sweeting, you have a death grip on the steering wheel as the car gets bashed, you bottom out in large washes and the g-forces pound your spine and every joint and muscle in your body and after the first 100 miles you asking your self what the hell was I thinking ? what am I doing here ?

Well this race was a pretty special race for me and my Team after winning the Baja 1000 last year Polaris Industries sponsored my team, ya that’s what I was thinking why the hell would you put your faith, your Company name and everything you built behind Me a 50 year old guy that has never really raced anything ? well they did and when they released the 2016 Polaris RZR XP Turbo they Invited me to the release in Las Vegas and asked me If I wanted one to race ? how freaking special is that ? now you guys have to understand im 99.99999% sure they didn’t think I was stupid enough to Risk a season of racing and Being the Current 1900 Pro UTV Class points leader on a new untested as far as Racing is concerned machine as we all know that taking anything and Driving it as fast and as hard as you can none stop 545 Miles thru the most brutal terrain in Nevada will break anything and everything it can… Can you say Death Valley, Area 51, miles of burning hot, desolate Valleys, sand washes and barren waste land that is so remote they tested the first atomic bombs in the area because they knew nobody was stupid enough to ever journey into the area.

As we started the build and posting up a few pictures of our progress I was expecting a call from somebody at Polaris asking me what the hell I was doing and why would I risk everything on a new untested machine ? but that call never came and all I could think about was the new turbo machine was faster and I wanted to go faster. I also knew it was the next step of progress of all that they had learned thru the years and not JUST a faster more powerful machine but a complete upgrade of all the systems in the RZR that made it better, Better transmission, better brakes, clutchs, engine, the whole package 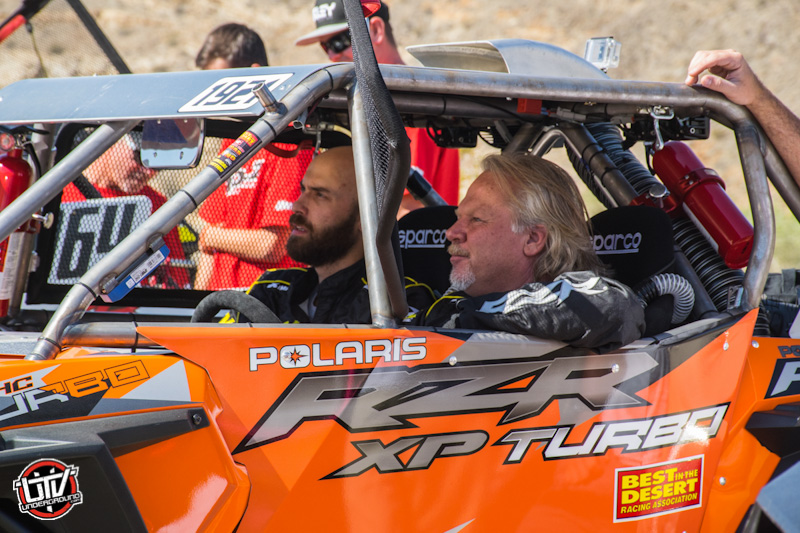 So anyhow I asked my two main fabrication guys Eric “Boner” Ringler and Craig Hammar if they could get it done ? really I told them here its is and I want it done in 10 Days and after getting the machine at 4:30 Pm they had it tore down into piles of parts scattered about our shop floor the first night, the next day I started making Phone calls to all the people that support our Team, Like Dan Fisher from lonestar racing asking him if he could build me custom axles in a week and if he had a spare racing fuel tank laying around and he said yes yes and yes, my guy from Fox Racing Shox Yes Yes and Yes, my guy from Rigid Industries LED Lighting Yes Yes and Yes, Method Wheels, ITP Tires, Wolf Designs, Crow Racing Harnesses, Impact Racing, PCI Race Radios, UPR racing supplies, SDHQ, everybody I called was there for us Making it happen it was The Team making it happen not me but the amazing people we work with making our problem there problems and getting it done for us. Thank You all so Much

The next morning is Race Day and Im thinking we will be off the starting line around 11:30 am but they want us to line up at 8:30 am lol so we can sit in the sun and cook in our full Fire race suits and knowing better I pull over to the staging area around 10 am and yep you guessed it sit in the sun cooking and sweeting till we leave the starting line right around 11:30

Yes we are off and running and the new car hauls ass we pass 2 or 3 cars in the first 10 miles and then our first problem is realized I had the guys set up the ride height a little lower for this race as last year it wasn’t to ruff but this year 250 other race cars and trucks started ahead of us and have worn huge deep rutts in the race course so our car is dragging it belly and bottoming out all over the place I tell Boner he needs to call the chase truck in Pit 1 and tell them they need to jack up the car and adjust the shocks so the car rides higher and he does, well about the time he gets done with that the car engine has overheated and we have to pull over to let it cool down, you see when we built the race car we had to modify the cooling lines and added a front bumper and lights to the front of the car in front of the radiator and turbo intercooler thus slowing down air flow to and thru the radiators so I also tell him to call to the pits and tell them to pull off the front lightbar hoping that would help it was 110 degrees out in the shade and we had to keep pulling over to let the car cool down and as we set on the side of the race course watching all the other racers drive by us we knew the mistakes we had made pretty quick

Our chase pit crew was on the spot getting everything fixed as fast as they could while fueling our car with gas, fixing problem, feeding us and giving us drinks at the pits

In all reality How cool is even finishing a 545 Brutal off road race that rattles, shakes, pounds, and beets to death over half of the machines that start the race !!!!!!!!!

Congrats to all the racers and teams that took on the Vegas To Reno!

Thank You Polaris RZR, UTV INC, Lone Star Racing, Method Wheels, ITP Tires, Wolf Designs, Rigid Lights, UTV Underground, Mad Media and everybody else that plays the tiniest part in our race program. Without you we wouldn’t be racing! 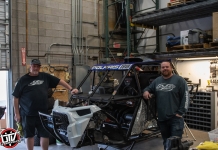 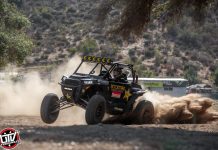 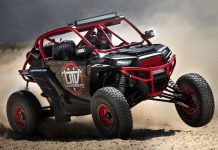