UTVUnderground.com is thrilled to announce that Magnum Offroad has signed on to support and sponsor the 2016 Polaris RZR UTV World Championship Powered By Monster Energy. The long time UTV company specializing in custom fabrication, parts & accessories will title sponsor the Magnum Offroad Youth Championship races. The Polaris RZR UTV World Championship is the largest UTV race in the world and is the premier event where the industries top brands, racers, fans and enthusiasts unite to celebrate UTV racing and culture.

“Magnum Offroad has been a supporter of UTVUnderground.com since day one. To have them step up and join us in Laughlin, NV for the 2016 UTV World Championship is extremely exciting for us. Bigger than that is our excitement in having Magnum title sponsor the Youth Championship races which stole the show last year. Magnum Offroad shares our commitment in growing youth UTV racing which we believe is an integral part in the overall growth of our sport,” stated UTVUnderground.com CEO & Founder, Joey DiGiovanni. 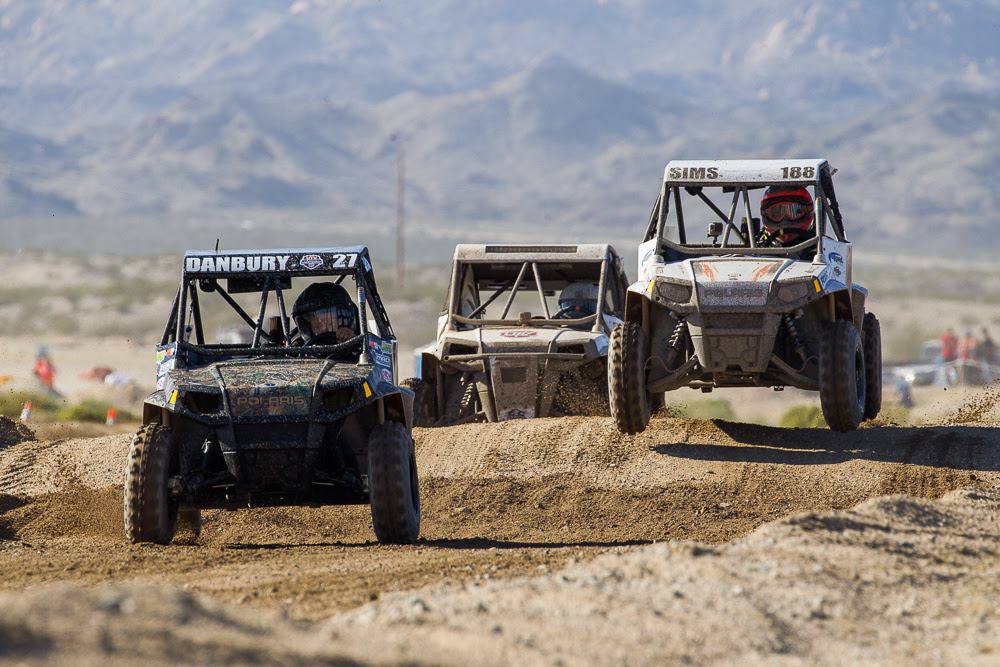 Magnum Offroad has been a driving force in the Polaris RZR 170 aftermarket, developing race winning RZR 170 builds and products for the past two years. In addition to sponsoring the Youth Championship races, Magnum Offroad will also be putting up prizes and awards for the young competitors competing in the event.

“All of us at Magnum Offroad are very happy to announce our participation and title sponsorship of the Polaris RZR UTV World Championship RZR 170 & 250 classes. For the past two years we have worked very hard to foster the growth of the RZR 170 race classes, and to give the younger drivers a place to begin racing RZRs and a good starting point to grow into the sport of off-road. After competing at last year’s UTV World Championship event and having great success as a team with multiple class wins and podium finishes, we felt that it was only right to give back and support both the event and the young racers that made last year’s event such a pleasure to be a part of. We look forward to continuing our involvement in growing the RZR 170 youth race classes and further developing our RZR 170 product line,” stated President of Magnum Offroad, Danny Rosenzweig. 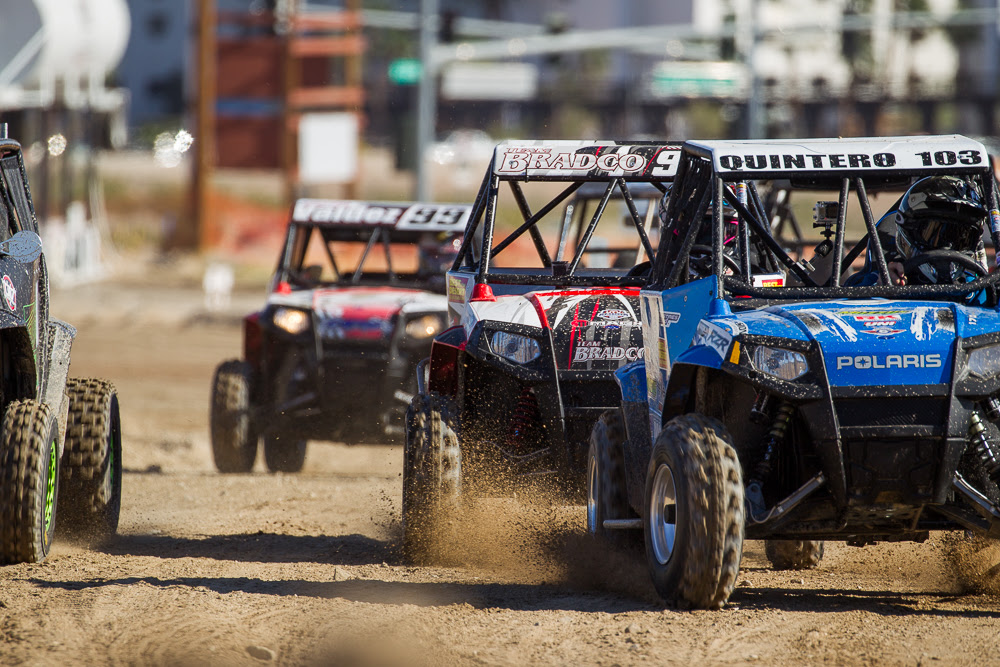 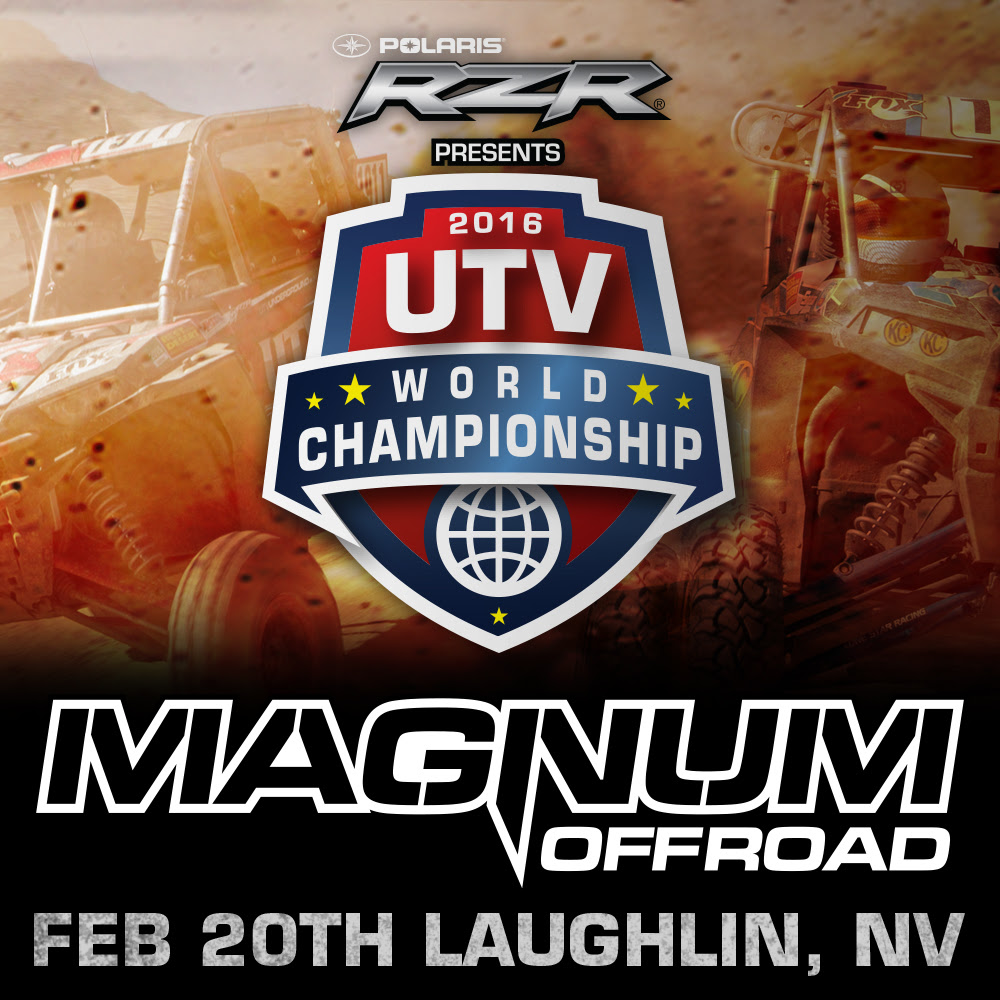 About UTVUnderground.com
The world’s fastest growing all inclusive UTV site contributed to by both enthusiasts and manufacturers alike. UTVUnderground is the go-to site for fresh, original content and is known for its dedication to hosting all of the latest news and insight surrounding the UTV industry. Thousands of monthly visitors from over 100 different countries around the world go to UTVUnderground.com for their daily dose of UTV news and information.
S

Just got back from Laughlin...Two Semi's from Polaris and another from Superatv already parked in the parking lot! Going to be another great weekend of racing.
Reactions: JoeyD23

Can't wait!! Race week is finally here. Not going to lie, being a race promotor sucks! lol Glad this sport supports the event because if they didn't I would be OUT! lol Its a lot of work. I can't wait to see the racing this week. 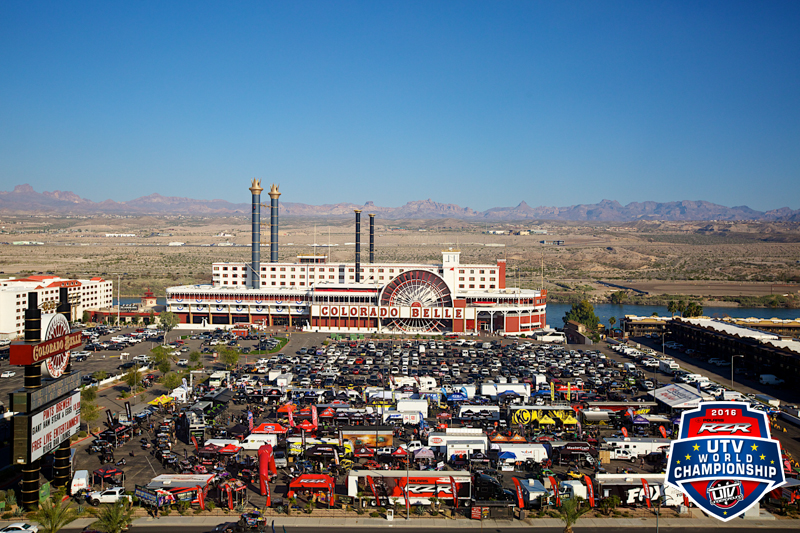 The 2016 Polaris RZR UTV World Championship powered by Monster Energy took over Laughlin, NV today. Final numbers amount to 76 motorcycles and quads, 212 UTVs (24 Youth) and 450+ total banded racers to amass the largest UTV race in the world. After an impressive Tech & Contingency, only race day remains at the biggest UTV gathering of the year. 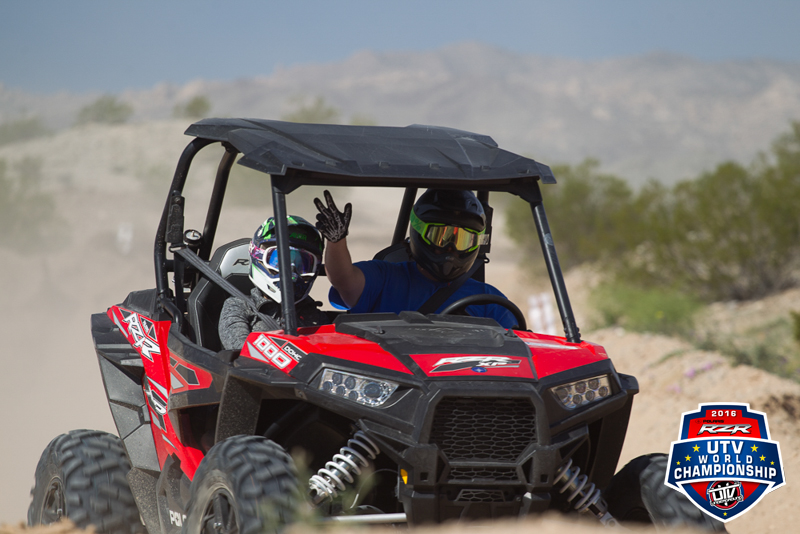 The day kicked off with over 150 racers, sponsors and general enthusiasts getting their hand at the 14 mile UTV World Championship loop in the 2nd annual Poker Run. The Poker Run allowed both racers and fans alike to pre-run the exact same course that is home to tomorrow’s championship race. Participants competed for numerous prizes dished out by sponsors and contingency vendors and #108 Nick Romero won 1st place, followed by #132 Kyle Melville and #48 Mark Montoga. 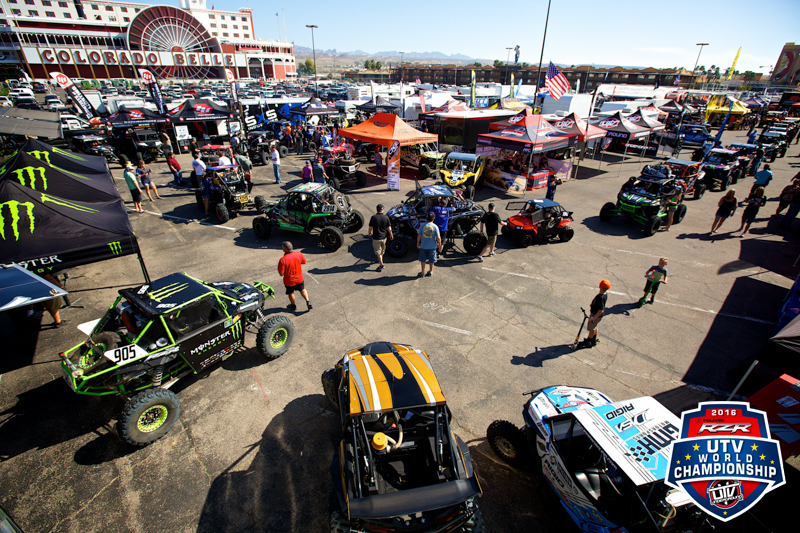 Over 80 UTV manufactures, aftermarket companies and industry leaders took over to fill the parking lot of the Colorado Belle Hotel & Casino for Tech & Contingency. Thousands of fans wound through Contingency, scoping out all the latest parts, products and accessories in the UTV Industry.

“We knew we were putting on the worlds largest UTV race event, but to see 212 UTV teams come out to compete totally exceeded our expectations. We can’t thank BITD, Polaris RZR and each and every team, racer, fan and sponsor for making this event happen!” commented UTVUnderground CEO, Joey DiGiovanni.