Guthrie Racing Doubles Down At 2018 King Of The Hammers 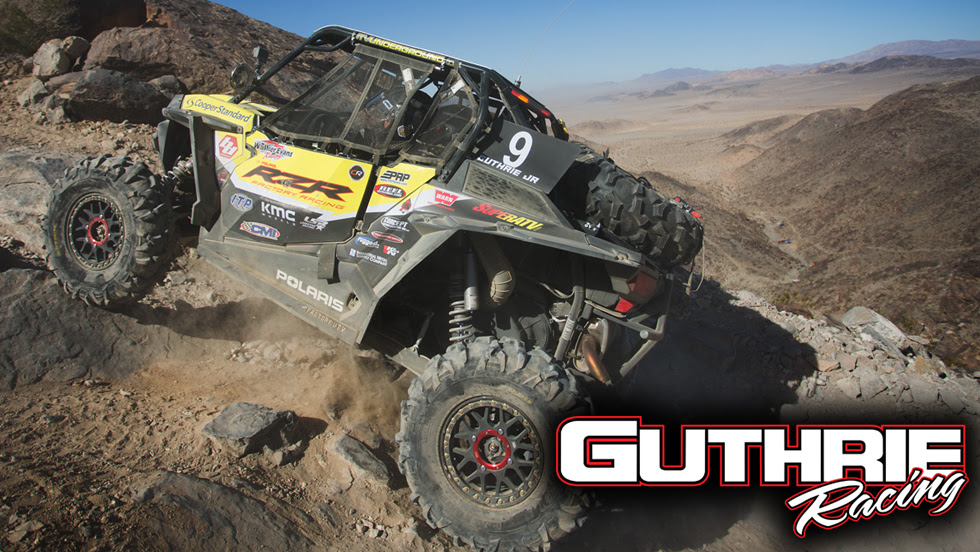 Glendora, CA (2/8/2017) – Polaris RZR Turbo driver Mitch Guthrie, Jr. carried on the family name in style by winning his first King of the Hammers title in Johnson Valley, CA. Guthrie, Jr. won just ahead of his father, Mitch Guthrie, Sr., who finished third in another RZR Turbo. The effort marked the 10th-straight year a Polaris RZR has won the race. 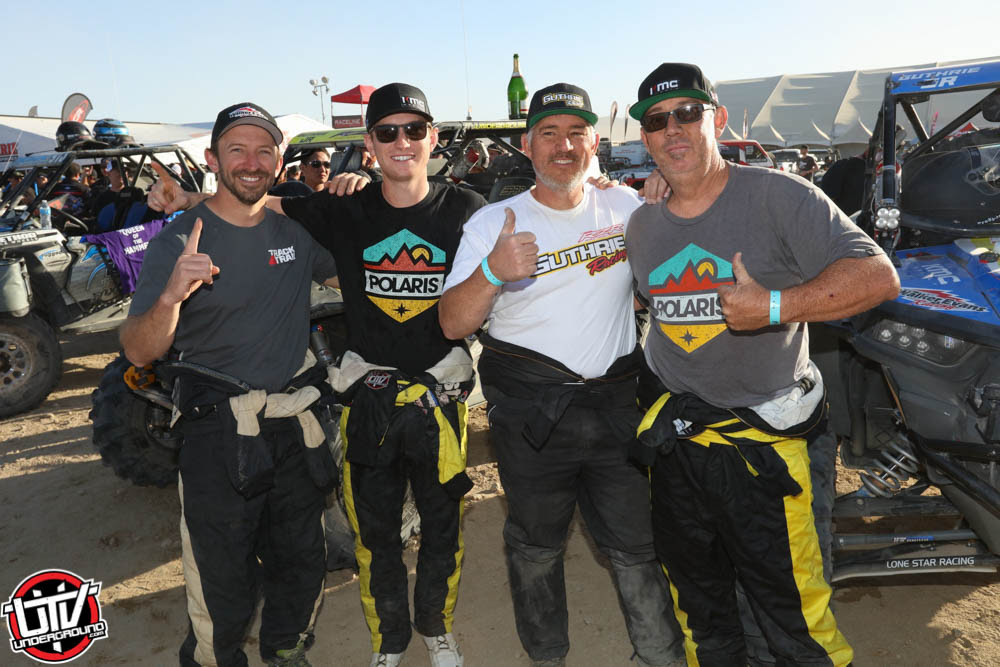 One of the most grueling off-road races on the calendar, the King of the Hammers combines an 80-mile desert racing course with several rock crawl sections. A test of both man and machine, both racer and UTV have to be perfect to win.


Guthrie, Jr. spent a good deal of his young life co-driving for his father in the storied event and was a big part of the elder Guthrie’s record six victories in the UTV class. For the Guthries, racing is a family sport. They wrench together and they race together. 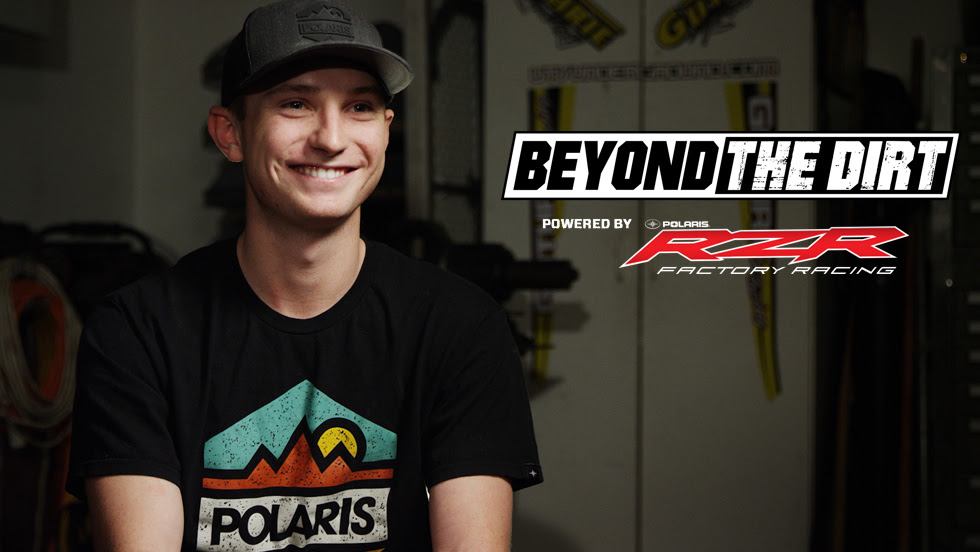 “I co-drove for three years with my dad and that was huge,” said Guthrie, Jr. “It was really fun getting a lot of wins with him. I have to give it to my dad. He helps me on my car and it’s a whole family thing. It was really cool to get the win and have my dad finish third. It goes to show how much work we put in. We put a lot of preparation into our cars and it paid off.”

After qualifying fifth, Guthrie, Jr. made quick work getting to the front, finally taking the lead for good in the Sledgehammer section. The car held up perfectly and expert driving made sure they didn’t have to get out and winch. 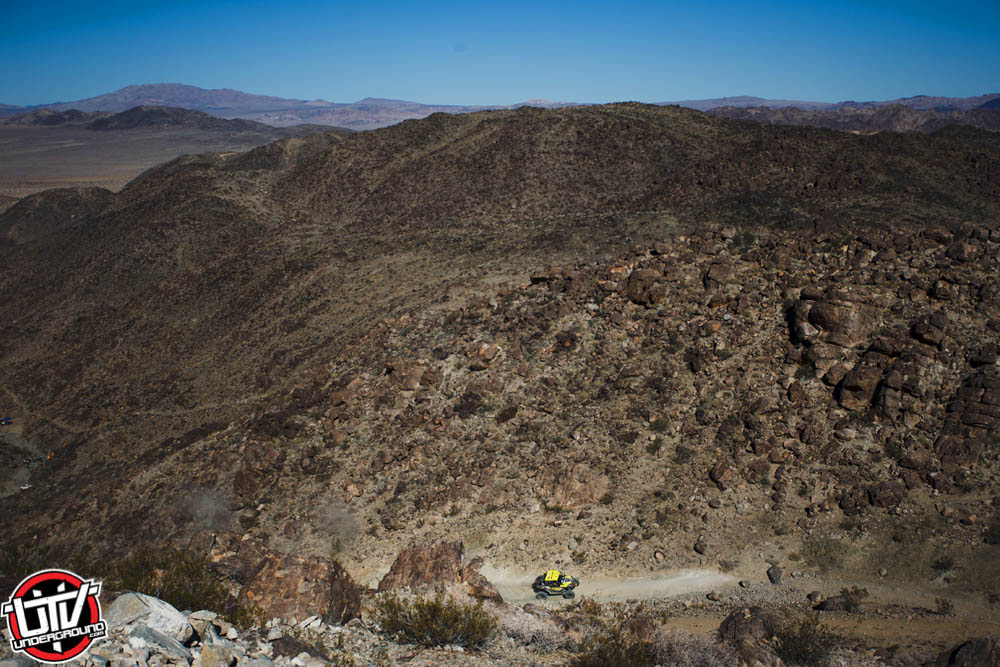 “It was a pretty crazy race and we had a lot of battles,” said Guthrie, Jr. “We ended up getting by a couple of people by Jackhammer. In Sledgehammer CJ was rolled over so we had to make a sketchy move to get around him. From there, it was our race.”

The Guthries have been running Polaris RZRs pretty much from the beginning. Guthrie, Jr. said the RZR Turbo combines the best of everything for the KOH course. 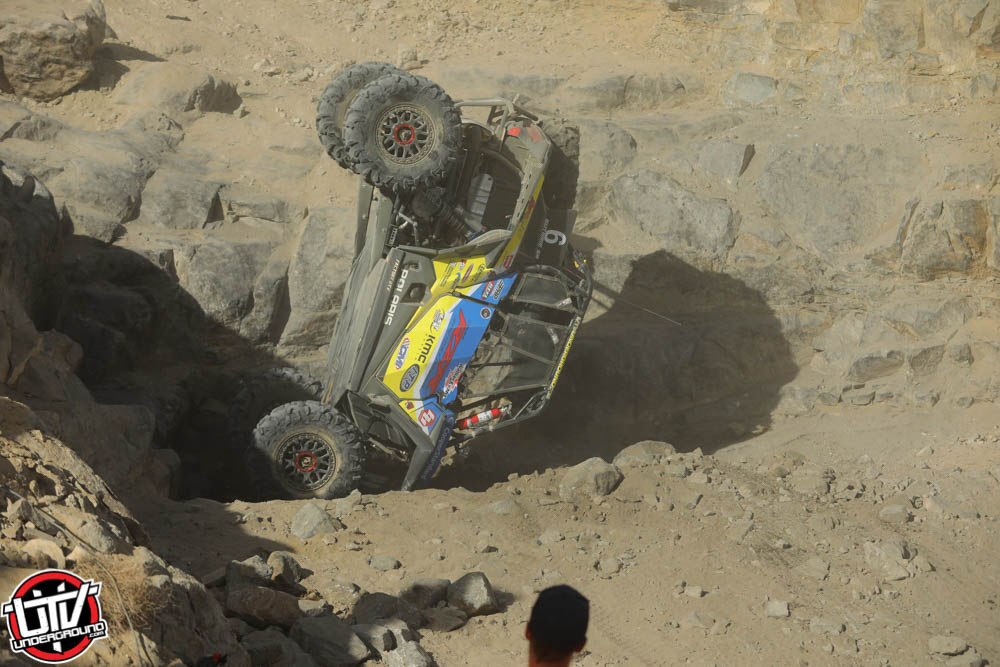 “The car has the perfect setup,” said Guthrie, Jr. “It’s narrow to help you get through the rocks and it’s nimble with all of the power and suspension you need.”


A lot of people shrugged when Guthrie, Jr. showed up to the race with a set of ITP Blackwaters on KMC wheels. The tires, designed as a mud tire, showed up the naysayers as provided great traction in both the desert and the rocks. 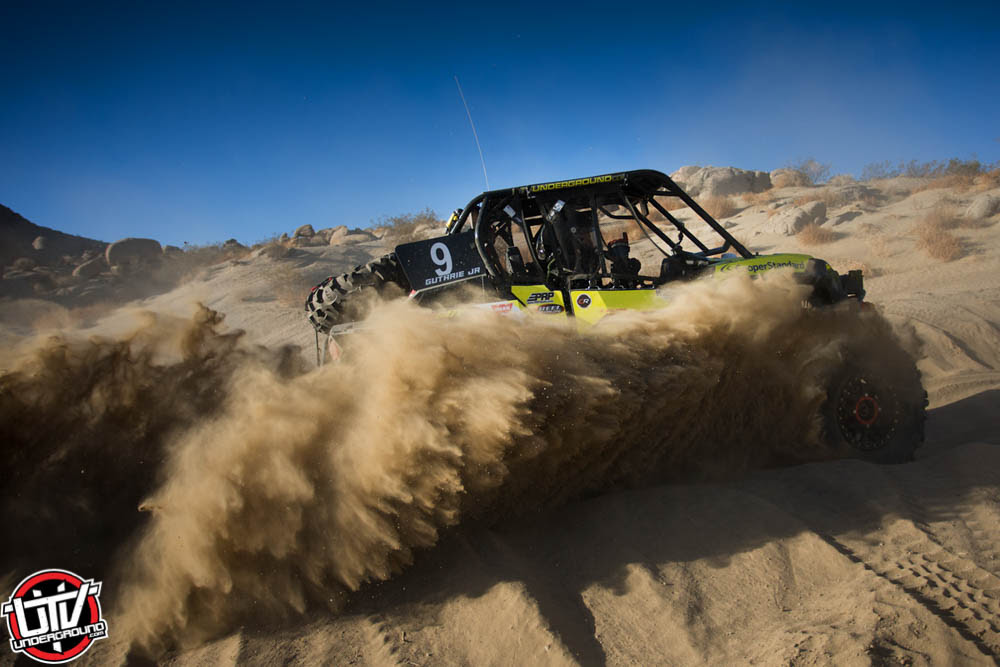 “The ITP Blackwaters were awesome for climbing the rocks and they had a ton of traction,” said Guthrie, Jr. “We never really wrenched, so that just shows how good the tires were. People have been telling us that these are mud tires, but they were perfect in the rocks. You just have to try them. They are awesome tires.”

Guthrie, Jr. was also running a new set of KMC wheels here. Narrower in profile and super durable, the KMCs carried the day through the race with no failures. 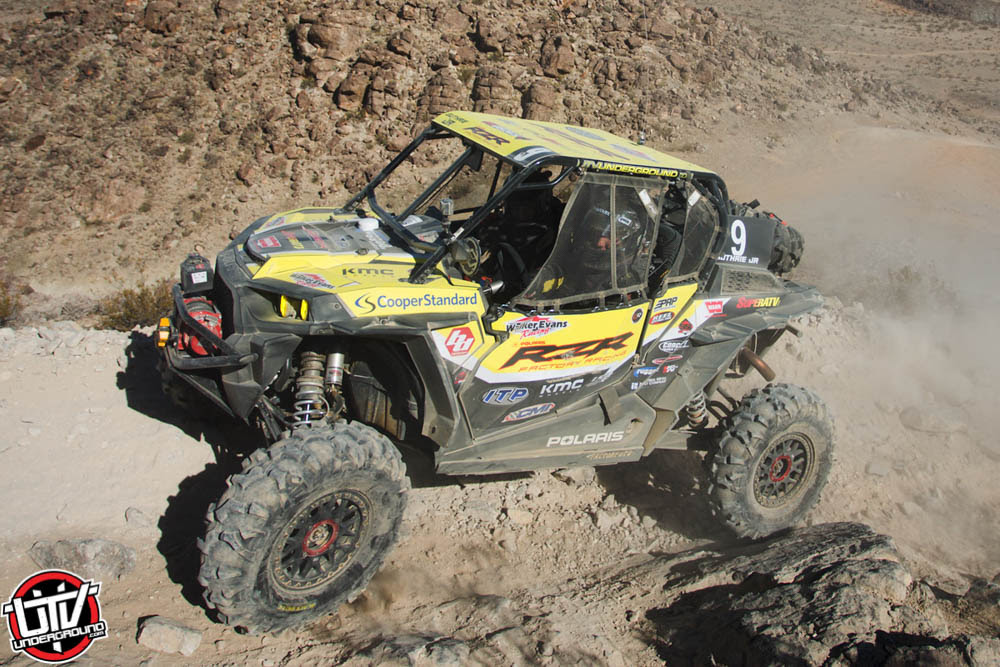 “They are a little narrower, so they really helped us get through the rocks,” said Guthrie, Jr. “There were a lot of broken wheels out here, and the KMCs held up great. Getting through without a flat or a broken wheel is what wins races.”

Lonestar Suspension and Walker Evans Shocks combined to make sure his ride stayed together and handled the varied terrain. Shock testing prior to the event gave Guthrie, Jr. the perfect setup 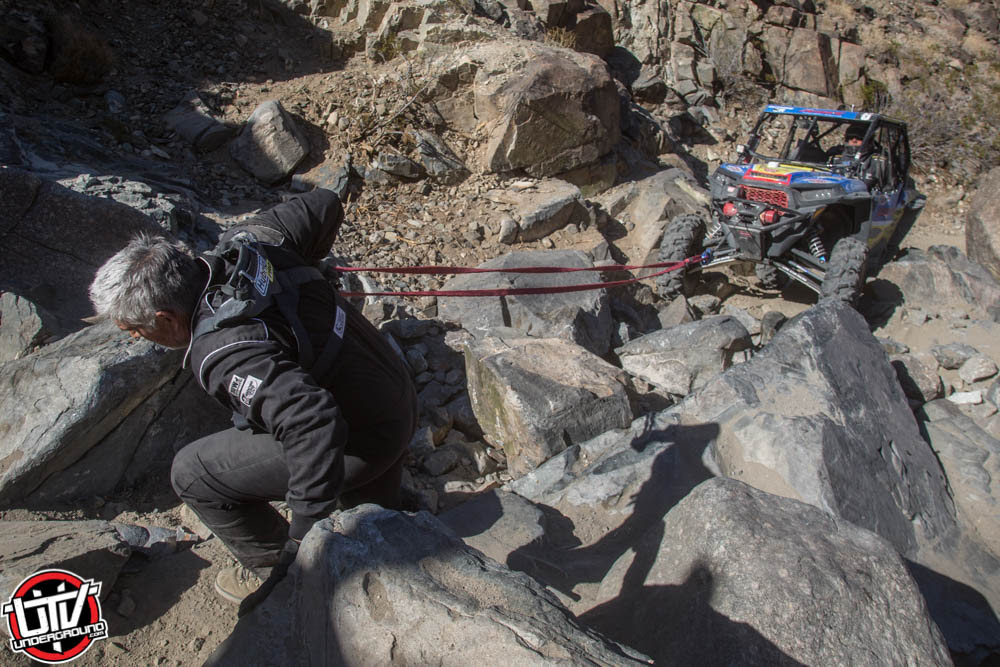 “We run all of Lonestar’s suspension and cage; they are an awesome sponsor that have great products,” said Guthrie, Jr. “This course had a lot of whooped-out stuff, so we did a lot of testing with Walker Evans prior to the race. It paid off. We were able to hit a lot of stuff that other people couldn’t and that made a huge difference for us.”

Factory UTV provided half-inch UHMW skid plates and Super ATVs axles never gave up. Though they didn’t need it, Guthrie, Jr. was glad to know he had a WARN winch. 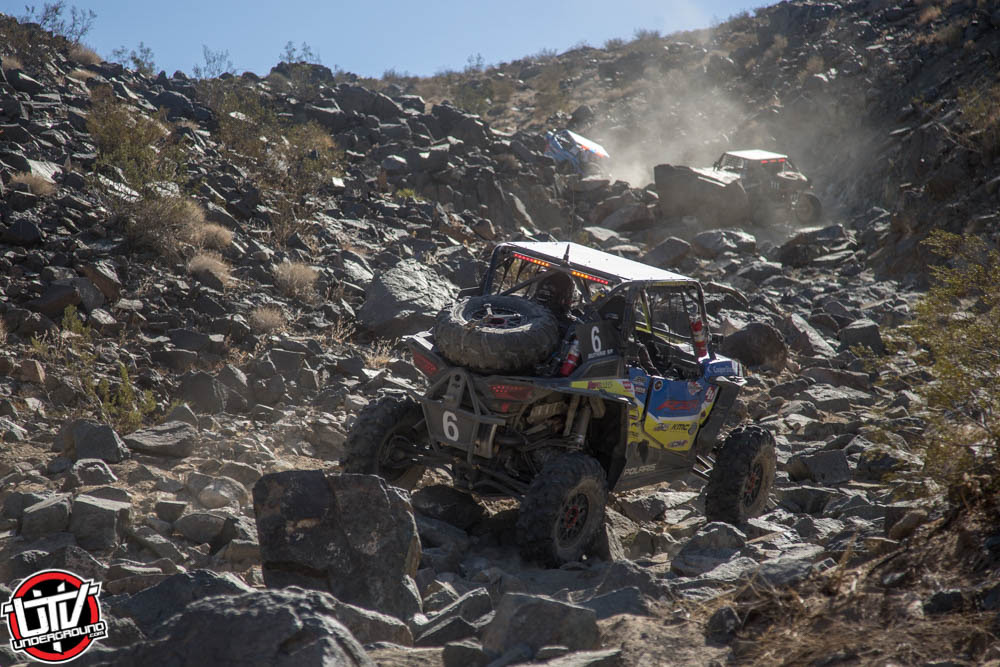 “We were running over giant boulders and the car doesn’t even know it because of the skid plates,” said Guthrie, Jr. “We had no issues with our Super ATV axles. That’s a big thing because we put so much stress on these axles and they held up perfectly. Fortunately we didn’t need our winch much this year, but Warn makes the best winches out there. When we needed it, we knew it was there.”

Guthrie, Jr. will return to the Best in the Desert Series for the Mint 400. That race is scheduled for March 8-11 in Las Vegas. 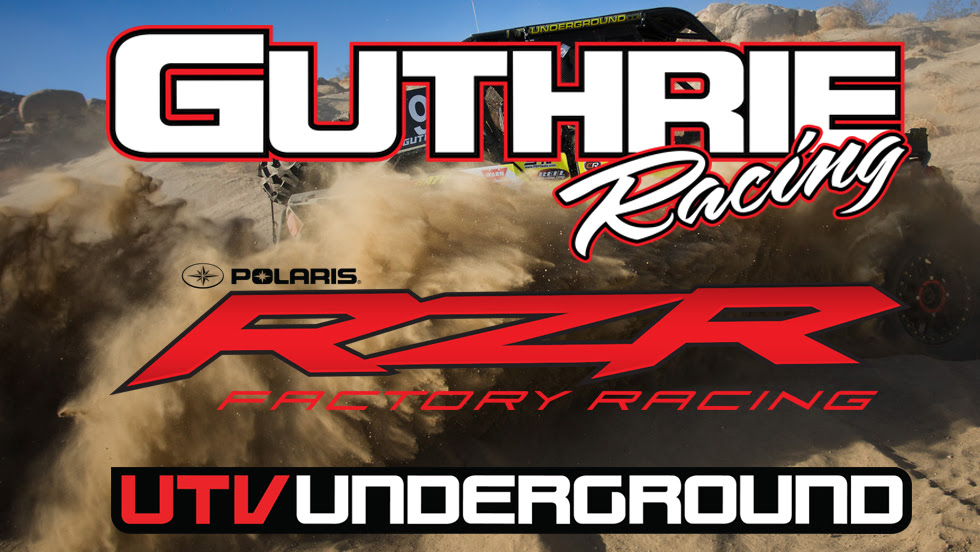 About UTVUnderground.com
The world's fastest growing all inclusive UTV site contributed to by both enthusiasts and manufacturers alike. UTVUnderground is the go-to site for fresh, original content and is known for its dedication to hosting all of the latest news and insight surrounding the UTV industry. Thousands of monthly visitors from over 100 different countries around the world go to UTVUnderground.com for their daily dose of UTV news and information.
Reactions: RuggedRadios
Show hidden low quality content
You must log in or register to reply here.
Share:
Facebook Twitter Reddit WhatsApp Email Link