LAKE ELSINORE, California (April 10, 2018) - Motocross and UTV champion Sara Price made it to the finish line of her first Baja race this weekend as she and navigator Erica Sacks opened the SCORE International season with a competitive charge on the rough and challenging San Felipe 250.

Driving an RPM Offroad Trophy Truck Spec machine, Price and Sacks set a strong pace on their debut Mexican outing until an electrical issue emerged that dogged them to the end.

The duo recorded an official finish with a time of 15 hours, 8 minutes and 3.5 seconds and collected valuable championship points toward Price's full-season SCORE International campaign. Price said her debut race behind the wheel in Mexico was a fantastic learning experience.

"Before our electrical problem, that truck was so dialled I couldn't believe it," said
Price. "King Shocks put in a lot of time with us to develop our setup and I've never looked forward to a whoops section like I did this weekend. Our truck soaked up everything we threw at it and it handled like a dream. I'm really excited for the Baja 500 next month."

The 315-mile San Felipe contest ran April 4-8, starting and ending on the Malecon beach in San Felipe on the Sea of Cortez, some 125 miles south of the U.S. border. Price was joined on the team by drivers Clyde Stacy/Armin Schwartz, Justin Matney, Carlos 'Apdaly' Lopez, Derek Fletcher and Juan C. Lopez.

The competition this weekend followed an intensive pre-running session that saw Price join her RPM Offroad teammates to cover 650 miles in her SuperATV Polaris RZR XP 1000.

"I'm so impressed with the UTV. We drove 650 miles on the RZR on the roughest course there is," she said. "And even after all the abuse we put it through at King of the Hammers earlier this year, it still didn't have any major issues."

Four of the five RPM vehicles entered in the Baja 250 achieved a finish -- an impressive record in a brutal motorsport. Since 2006, Team RPM has collected championships and race wins in series including SCORE and Best in the Desert. Team principals Clyde Stacy and Matney have captured 11 SCORE season class point titles between them as key drivers.

The team scored an historic win in 2017 at the 50th anniversary Baja 1000 with Mexican driver Carlos "Apdaly" Lopez. He also won the SCORE International Trophy Truck championship in 2015 and 2016. The team earned their first Baja 1000 Class 1 victory in 2014.

Price is set to race the full SCORE International season with Team RPM this season in Trophy Truck Spec, a regulated class that showcases driver talent above all else. Class vehicles are equally matched, with rules specifying engine, suspension and wheel and tire size. Up next in the series is the Baja 500, May 30 to June 3.

Price will also add competition dates to her schedule as opportunities arise. She opened the season at King of the Hammers in the UTV category. Her adventures all season will be extensively documented on her social channels.

In 2017, Price's calendar included a diverse array of events including a select series of off-road races for RPM Offroad in Trophy Truck Spec class in the Best In The Desert series, with a best finish of sixth. She also won the Next Female Hoonigan contest to earn a chance to drive a factory backed Fiat Rally Car in a pair of hill climbs, seizing second-place result at the San Pedro Martir Hill Climb in Mexico.

About Sara Price
Named the 2016 Off-Road Motorsports Hall of Fame Rising Star, Sara Price's racing career started on dirt and she went on to join Kawasaki as the first factory-supported female racer. She began racing dirtbikes at the age of eight and collected 19 amateur titles and medaled in Women's Super X at the 2010 X Games. She holds the record as the most winning female amateur to date.

The versatile competitor also raced UTVs and in 2013 campaigned the WORCS series. She moved on to the Lucas Oil Regional Series in 2015 to grab second-place overall in the production side-by-side championship. She finished the Terracross Championship undefeated to take the women's title that same year. In 2016, Price took on six races in Robby Gordon Stadium SUPER Truck Series and became the first woman ever to lead laps in that championship. When she isn't racing, Price works as a stunt professional, performing on motorcycles, and on four wheels and as a precision driver for television and film.

About RPM Offroad
Established in 2006, RPM Offroad is located in Bristol, Tennessee. Its mission is to provide excellent service, support and product knowledge to customers while maintaining competitive pricing. RPM Offroad offers a wide selection of diesel, gas and off-road performance accessories. Many of the products they sell are not only tested in the most extreme conditions in the desert and also in their backyard of the Great Smokey Mountains. The RPM Offroad motorsport team is co-owned by Justin Matney and Clyde Stacy, and operated with the support of Phoenix, Arizona, based Geiser Bros Design and Development.
About SCORE International
SCORE International sanctions a series of desert races in Mexico on the Baja California Peninsula. The 2018 season includes the 2018 San Felipe 250, the Baja 500, the Tijuana Desert Challenge, and the Baja 1000. Founded by Mickey Thompson in 1973, SCORE International continues today under the current presidency of Roger Norman, who purchased the rights from Sal Fish in 2012. 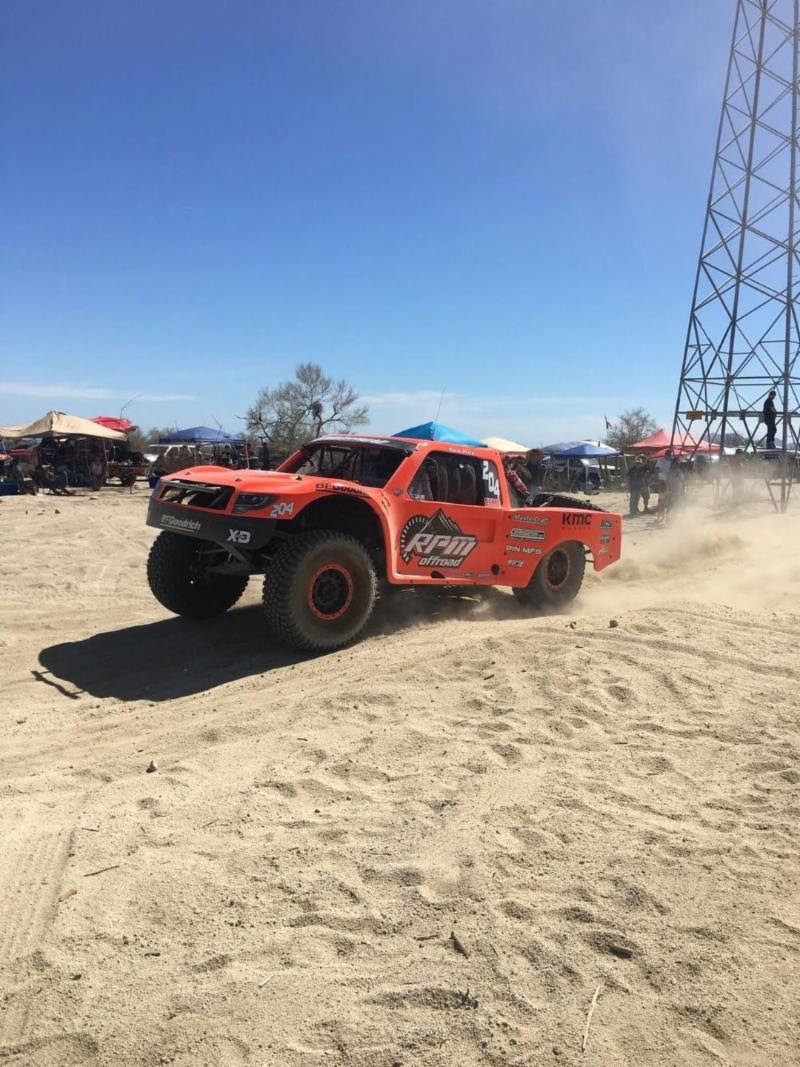