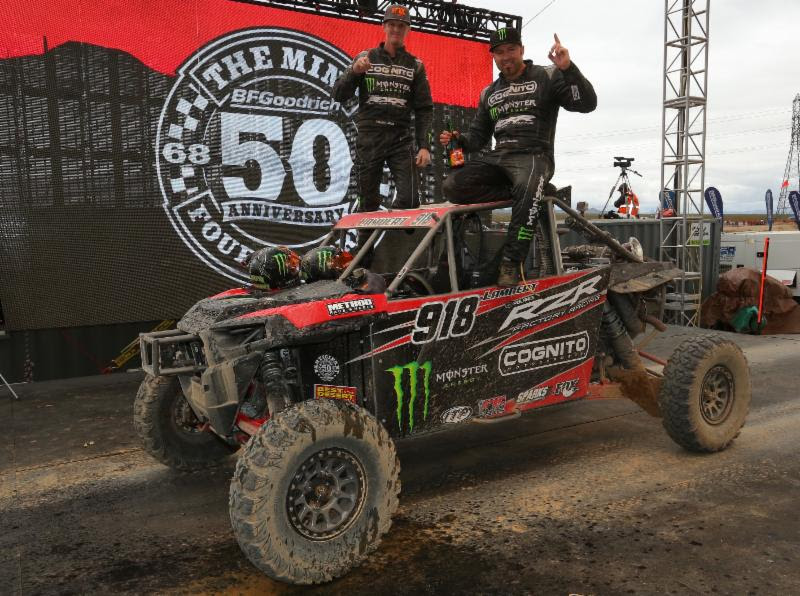 The 50th Mint 400 race will go down in history as one of the most grueling BITD courses ever, as well as having the most side-by-side vehicle entries to date. Despite the gnarly conditions and shear number of competitors on the course, Lambert put in an epic performance on his way to victory. He started the race in 59th but passed almost half of the cars ahead of him by the end of lap one. Two laps later and many hours behind the wheel, Lambert had moved into a podium position, taking over third place. From there, the Bakersfield, Calif., racer mashed the throttle all the way to the finish, earning first overall by roughly 50 seconds.

"The Mint 400 was the roughest I have ever been in. I say that every year and it just keeps getting rougher," stated Lambert in his Cognito Motorsports newsletter. "We simply had to run it as hard as we could. It was a flat-out dogfight to the finish, where we would overtake the lead on corrected time and win the Mint 400 by only 50 seconds!" 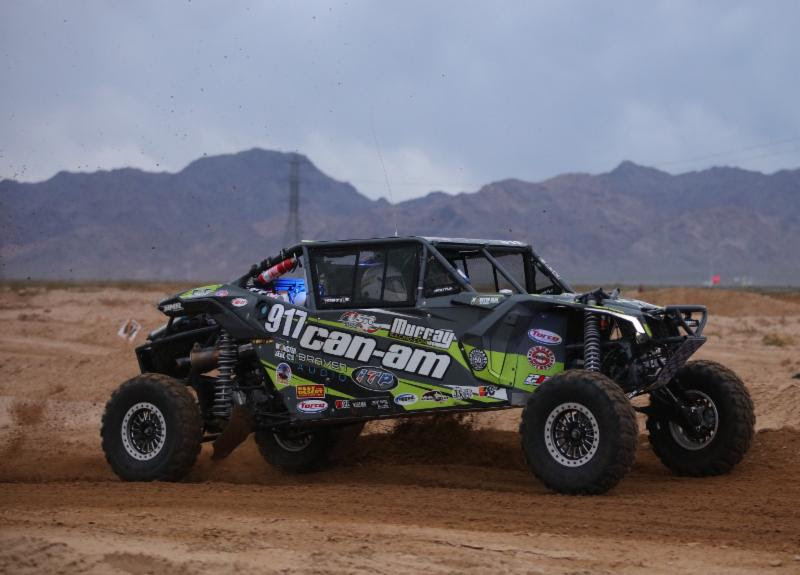 The Murray Racing team, outfitted its Maverick X3 MAX with 32-inch ITP Ultra Cross tires, was at the front of the pack the entire race. The squad even held the lead heading into the final lap, but ended up just narrowly missing a podium finish. However, a top-four finish in BITD competition is crucial when you are on course for a season title.

"We had a few second lead going into the final lap, but unfortunately had a driver error and smashed a rock in the soft silt," the Murrays stated in their post-race report. "The down time set us back a bit. When the dust settled, we ended up with a fourth-place finish." 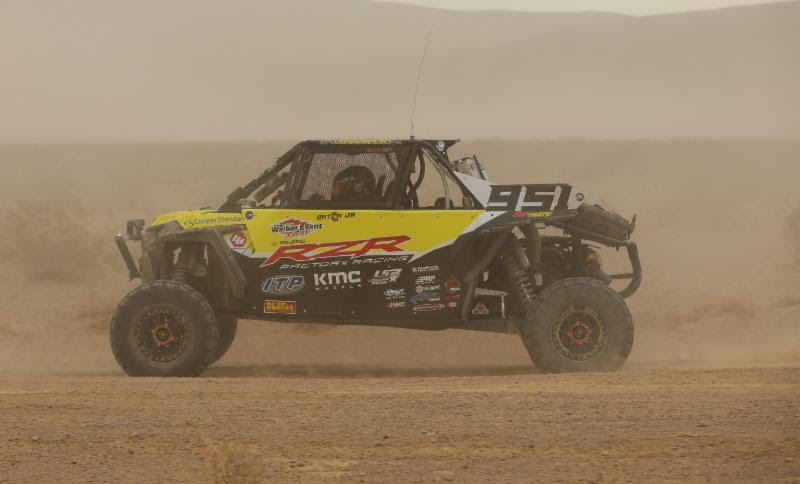 Coming off his stellar win at the King of the Hammers race, Polaris/ITP racer Mitch Guthrie Jr., showcased his all-around skills by earning fifth in the Pro UTV Turbo ranks. (Photo by Harlen Foley)

Rounding out the top five in the UTV Pro Turbo class was Mitch Guthrie Jr., who continues to impress behind the wheel of his Polaris RZR. The young driver, coming off of his stellar victory at the King of the Hammers race, is one of the most polished and consistent racers in the desert no matter the conditions, number of competitors or challenges. Guthrie selected the race-ready 31-inch Ultra Cross R Spec tires for the Mint 400 and was rewarded with a solid fifth-place finish.

"These desert races continue to evolve into some of the most difficult courses in the world, where rocks, ruts, thick dust and an expanding field of UTVs challenge your every decision. That's why selecting the appropriate tire is so very important, especially when you consider the course gets tougher and tougher with each passing lap," said Rhett Turpin, Head of ITP Sales. "The Ultra Cross tire is such a well-designed, versatile tire for this type of off-road riding. The proof is Justin Lambert's awesome win and the fact that we had numerous sponsored riders in contention for the win." 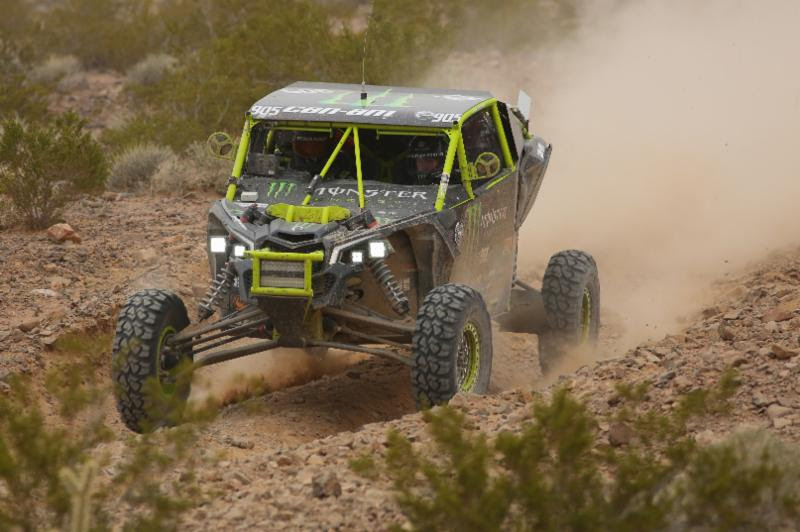 Marc Burnett (Can-Am / Monster Energy / MB Motorsports) had a great race, finishing second physically the 2018 event. However, after time adjustments were made and two penalties assessed, he fell to sixth in the final standings. (Photo by Harlen Foley)

About ITP
Since 1982, ITP has been the world's #1 ATV/UTV aftermarket tire and wheel source. The premier ITP products are developed utilizing an experienced staff of engineers, designers and technicians at its two American tire facilities in Clinton, Tennessee, and Jackson, Tennessee, to develop award-winning tire-and-wheel designs for virtually all ATVs and side-by-side vehicles. Numerous outlets distribute ITP tires across the United States and in more than 25 countries worldwide. ITP is a registered trademark of The Carlstar Group, LLC. For a free, full-color ITP catalog, call toll-free: 1-800-889-7367. Tech questions call: 1-909-390-1905. Visit: www.itptires.com