UTV Wolfpack Road To The Mint 400 Presented by SCOSCHE

RACE TO THE MINT

The Merrell Brothers knew that in order to compete with the top teams in the Pro Turbo class they would have to go back to the drawing board and develop a competitive race RZR from the ground up!

Step one: Began with the most reliable machine on the market a Polaris RZR 4 Seat Turbo

Step two: Tear the development of an all new race RZR built from the ground up.

The road less traveled will not be smooth and is full of dust, rocks, silt, whoops and several danger signs ahead. The alternative is a crowded roadway or smooth highways which will never satisfy the Brother’s thirst for the unknown.

"The Build"
2018 Polaris RZR Turbo 4 seat: "Out of the box, we developed a brand new car that we CAD Designed in house at our facility in Santa Ana, California. The new chassis was CNC cut on our Bend Tech Dragon Machine and bent with our JD squared bender in the same location."

"Our chassis was built and assembled by our crew of hard working individuals, welders, fabricators and engineers. The vehicle also features our +3 Long Travel kit along with HD Tie Rods, radius rods, stainless steel bushings, steering wheel and many other Wolfpack Parts that are all built in house." - Jason Merrell 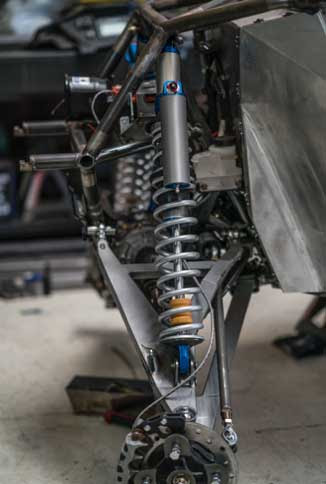 
"Testing"
Countless days went into making this event a reality, from many testing days in Barstow with Walker Evans Racing, to driving to Queen Racing in Havasu.
Merrell recounts, "The Day Before Race day is "Tech and Contingency" where we get to show off our new build and also display our Wolfpack and Sponsored product offerings. The following day is race day." 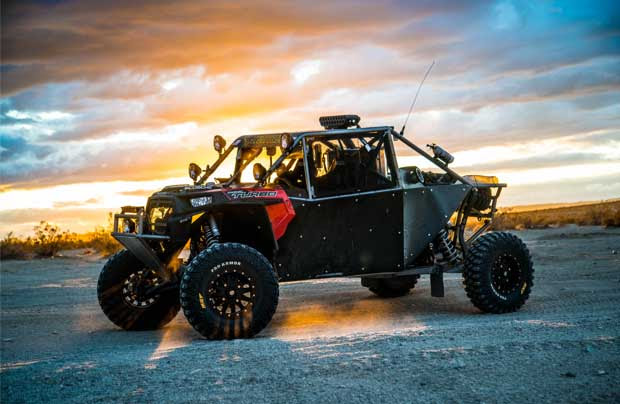 "Race Day"
The team sets off in the dark to set up the pits, Chase 1 leaves at 4:30am and Chase 2 is not far behind heading out to pits A and B. The crew knew they had to have flawless pits as they were starting 65th off the line in their Polaris RZR/Scosche Industries/Rockstar Energy race vehicle.

"As we pull up to the line and wait for the green light, adrenaline is rushing through your body... and then boom, the green light" recalls Jason. "Next thing you know, the Prostar engine roars, the turbo spools up and slingshots us into the dirt. We take off and rip through the short course section and fly out into the desert."

"While carving our way into the rocky portion of the desert leg, our car loses power. We pull over to see if something came loose but found no issues. We started her back up and she ran fine for another 10 minutes before having the same power issue."

"We realize the car needs to just cruise at a decent speed and we wanted to carry momentum into the corners with the car only doing a range of 30-45MPH. As we make our way on lap 1, we make smart passes pushing closer to the front. Lap 1 is down with no issues other than the power loss." 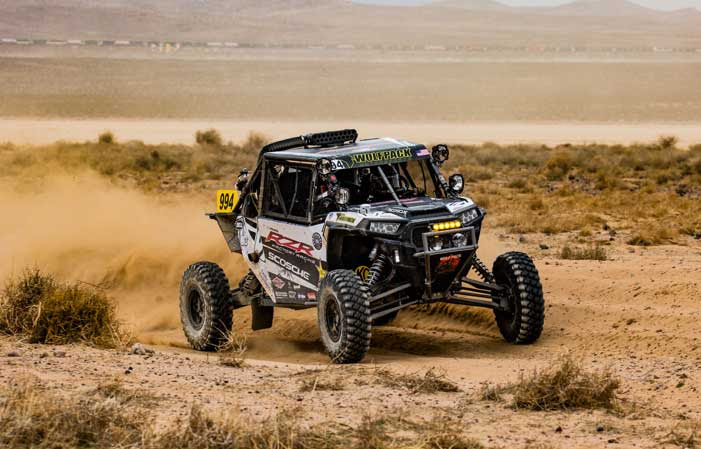 "As we go into lap 2 and 3, we encountered more of the same. Our speed would randomly pickup and at times, we are able to hit the 60mph mark. As we went into the rock quarry, the car was moving smooth."
"Our team radios to us "Trophy Trucks just left the line", knowing this we picked up speed. On the last section we hit a steep back step, we lost one tire. We decided to get out and make a fast tire change. Got that done and back on the trail."

"As we came into pit B, we swapped the spare... under 30 seconds for a tire swap, our pit crew was on point! As we left the pit, we knew we had to keep the momentum going and keep the car running as fast as possible."
"It wasn’t long before the first big truck came up on us fast!!! Harley Letner in the TT destroyer came up quick and gave us a siren we moved over and let him pass, just glad he did not bump us to move! It took 10 minutes for the next Trophy Truck to come up and followed every 60 seconds thereafter."
"Once we hit mile 97, we were able to keep a distance from any more TT catching us. We came into the infield and finished our race for the day. After the battles with power issues a few pit stops we finished 22nd from starting in the 65th position."

The Merrell Brothers have attained several goals in racing, which include racing at a professional level and finishing The Mint 400. 2018 will mark the year that both of these goals have been accomplished, by way of racing as a Factory Polaris team and successfully completing the Mint 400. 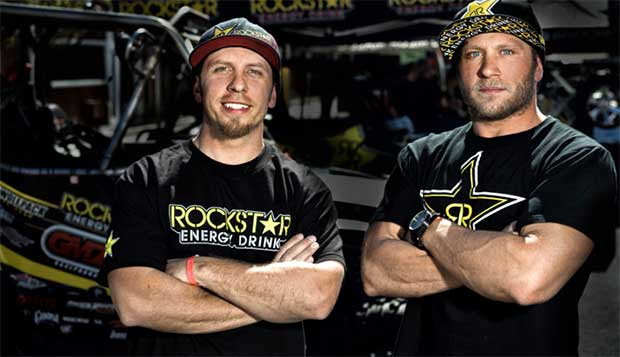 "Finishing The Mint 400 is a dream come true for us as a team. I don’t think anyone but racers realize the countless weeks, months and even years that go into the preparation of showing up to compete in a race like the Mint. Wolfpack would like to take the time to Thank their Sponsors, Teammates and Fans for their support and hard work, because without them, they would not be able to do what they do!