UTVUnderground heads to PISMO for the 4th of July! **Pics**

The 4th of July to me is the best holiday of the year. It's sort of like the coming out party for summer and at the same time its this great nations birthday. Usually my 4th of July is spent close to home, BBQing with friends, and topping the evening off with a grand fireworks display somewhere local to our home in San Diego. Well this year we decided to mix it up a bit. I rounded up my wife and kids, hooked up with our good family friends the Fernandez's and headed on up to Pismo Beach, CA (Oceano Sand Dunes State vehicluar Off Road Park) for some off road fun on the sandy beaches of California.

I was a bit skeptical of Pismo Beach for the last couple of years. Its a good 5hr drive for us coming up from Southern California and people have told me that the riding isn't all that great. Then again I have had plenty of people tell me that Pismo is awesome and although the Dunes are not large like Glamis it is still pretty epic to be duning on the beach! SO with that said I decided it was time to make up my own conclusion to what i thought of Pismo Beach and the Oceano Dune's. For the trip I brought along our Polaris Ranger RZR4 Robby Gordon Edition which I had just added a new Pro Armor front bumper and a pair of Baja Designs Soltek Fuego HID's. I had just taken it to Glamis for some night riding but now was excited to get to put a whole weekends worth of dune miles on what I already think is an awesome machine.

I cant even describe the excitement I felt when we finally rolled onto the beach of Pismo on Friday morning. It just felt awesome to actually be driving on the shore of this amazing coastline knowing that in just a few minutes I would be ripping up the dunes while watching the waves break! After putting the truck in 4wd and airing down the UTVUnderground tow rig to 15lbs of air in each tire we crawled onto the soft sand to the spot where we would make camp for the next few days. My one recommendation to anyone who heads to Pismo is to make sure you have 4wd! I cant begin to tell you how many people we saw buried to the frames in 2wd cars, vans, and trucks. The sand is soft and the tide comes in quick so be prepared and be smart.

The riding in Pismo was a blast. The sand is soft and the ocean backdrop is just amazing. The dunes themselves are not that large and you can cover the entire riding area in a day but one thing no one told me before is that Pismo is a jumpers paradise. What I mean is everywhere you look is a lip to boost off of and that's exactly what we did. We found some fun hills to play on and overall I thought the riding was awesome. Sure it would be nice if it was larger or if the closed sections were open but considering we were on the beach in 75 degree weather and not riding in 110 degree weather it made it all that much better.

In between riding we took the kids to the shore, in the RZR4 of course, and looked for sand crabs and clams. The kids played in the water while the adults enjoyed beverages and snacks. The evenings were filled with BBQing and of course FIREWORKS! I really enjoyed Pismo, it is a place I plan to attend at minimum once a summer. Next time I hope we bring a convoy of UTVUnderground UTV's to run around in!! 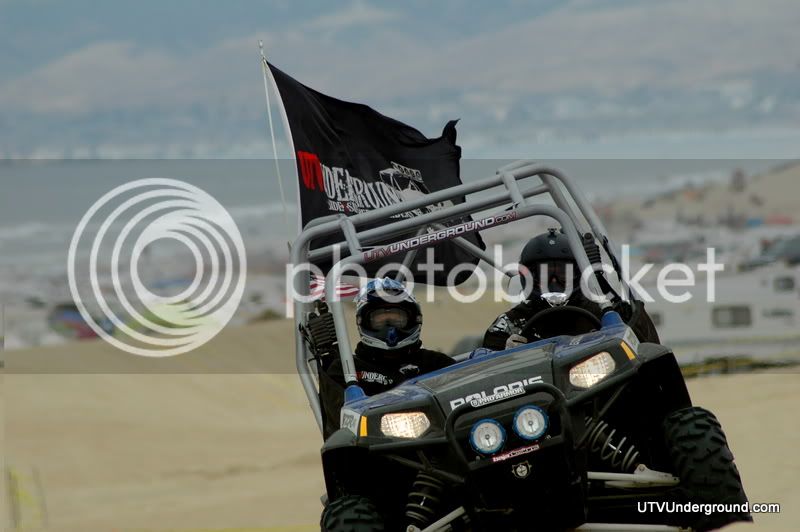 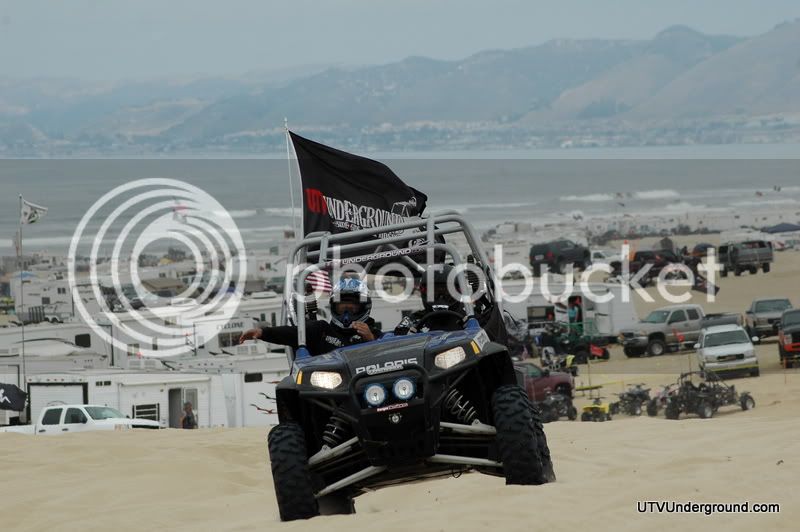 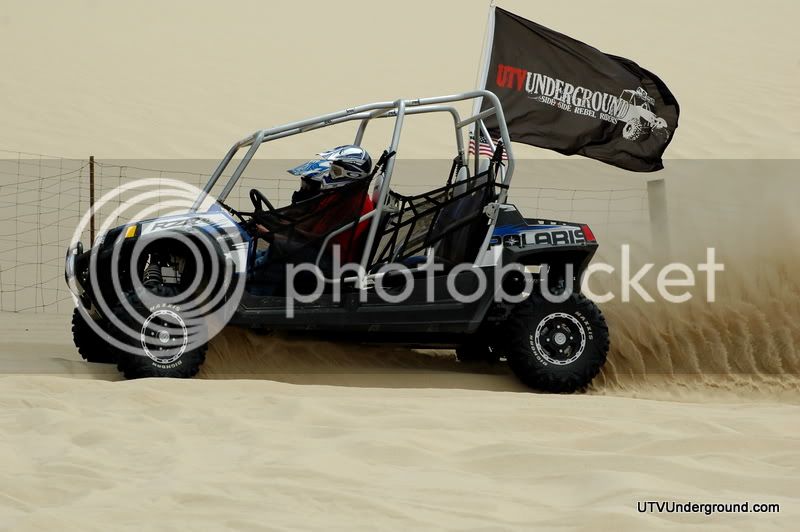 Nice shots JD... Was it windy as hell or did ya luck out? My annual Pismo trip is supposed to be July 19-23 but it looks like this year will be cancelled and replaced with Mammoth/Glass Creek. Your photos do make me think about reconsidering though... did ya de-salt everything?
T

sorry we could go out with you guys we trued one time to catch you but we had a quad go off a razor back and stayed with him till the ranger showed to help him he was messed up bad.....glad you all had fun lost my camera had some great pic.s of your kids on quads
T

heres some pic.s we took

Awesome pics Terry! Sorry we didnt get to ride much but we did appreciate your hospitality. Thanks for loaning us that cable to lock up the toys!!!!
T

anytime joey did you guys do the poker run
S

great pics Joey ! Whish I could of got reservations for that weekend. I'll be out there this Thurs night thru Sunday instead.

Nice pics Joey, thanks for postin

Pismo is such a great place to go. I'm glad you had a great time. Perfect way to sum up a trip. The ocean back drop makes it a perfect summer time get away. For me and the family it's a great way to escape the summer heat of Vegas and head to Pismo. We try to go once a summer. When it's 110 out here Pismo has great temps. I love when we have to pack hoodies and ugg boots.
T

one last pic. this is good times