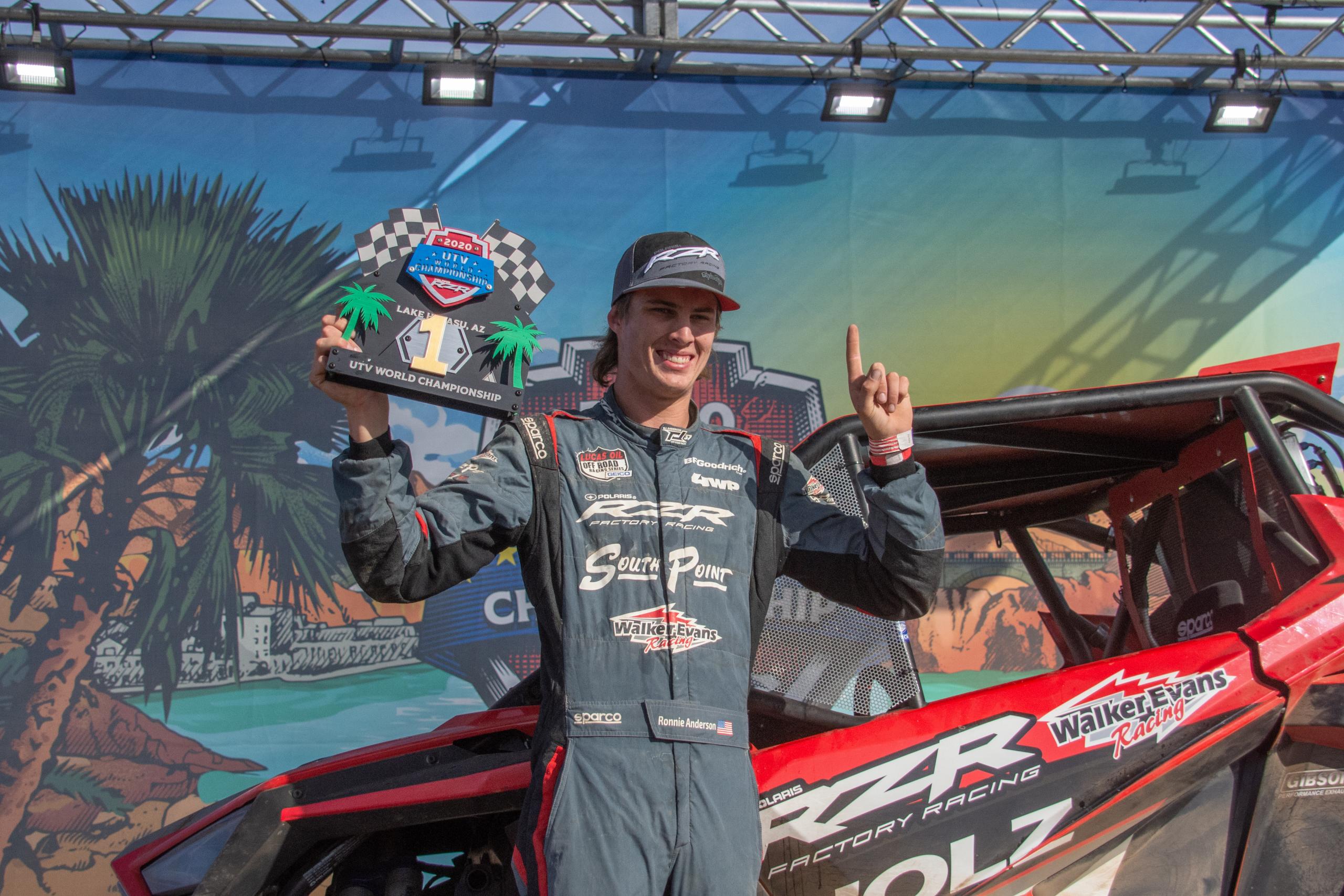 As the sun creeped over the Arizona Mountain top, the short course drivers took their positions.  At 7:00 A.M. the green flag dropped.  Ronnie Anderson started in the front of the pack, and held the position until the end winning the Short course 1st place trophy.

Later in the morning the Youth 570 Class took to the course. Lucas Regionals, and WORCS Champion Ethan groom came out to win, and that he did Winning the top spot.  Dallas Gonzalez continued adding to his winning record by taking the top spot in the Youth 1000 Class.

Then came the N/A Class, with father and son Macy and Dodge Poelman at the head of the pack from Team Ready Gunner.  It was the longest race of the day, coming to an end just before 7:00 P.M. Dodge Poelman who started first was able to hold it out and take the win finishing the action packed day 1 of racing.

Tomorrow’s second day of racing once again kicks off with staging of the Desert UTV Rally, Sportsman & Pro RS1 lining up at 6:00 A.M.  See tomorrow’s schedule of events below:

Be sure to watch the live action at live.UTVWorldChampionship.com