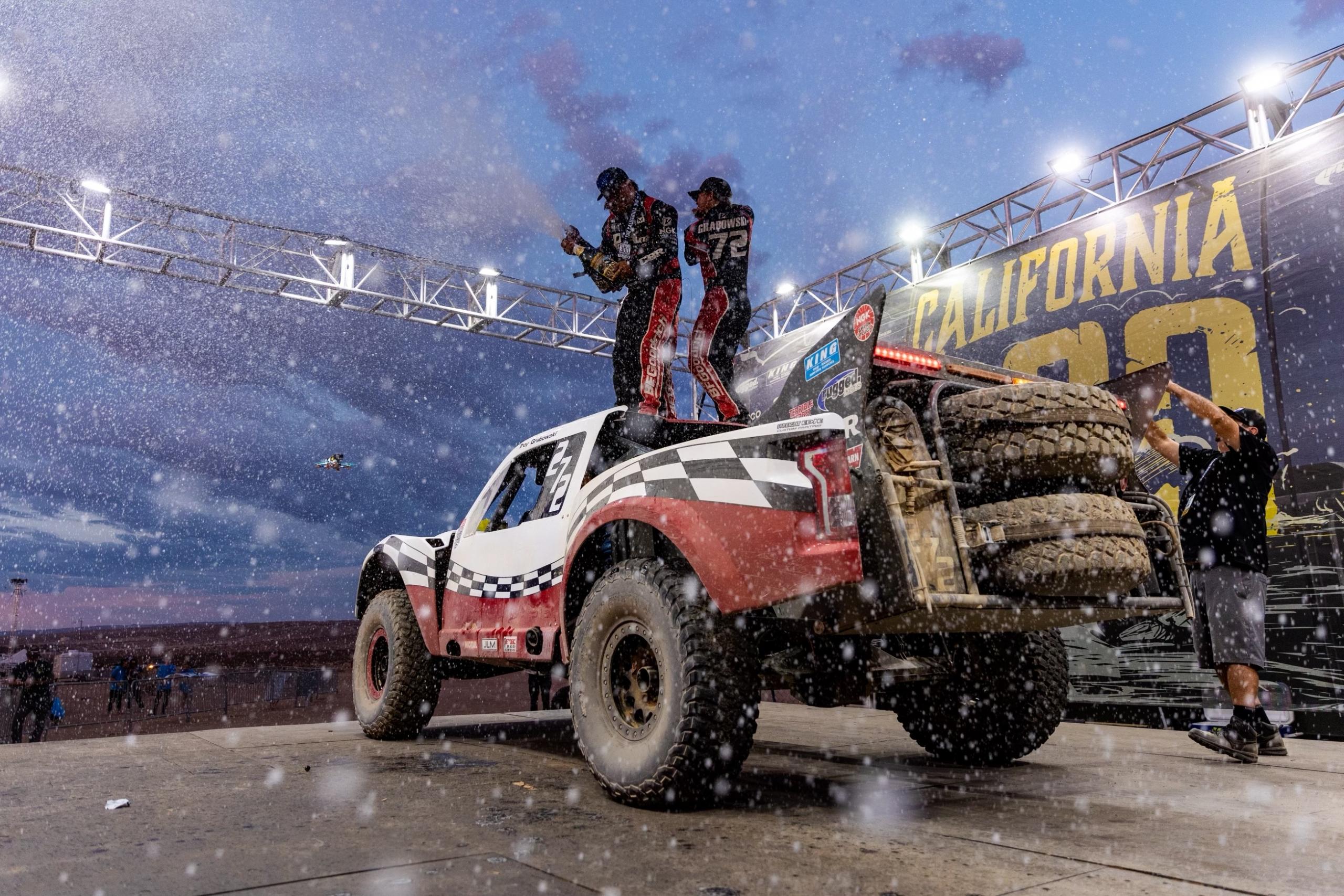 After an intense battle with Cayden MacCachren throughout race day, the Grabowski Brothers Racing team scored the overall Unlimited Race victory in the inaugural California 300 on Saturday afternoon. When all was said and done, Dustin and Troy Grabowski drove the #272 Unlimited Truck Spec to a four-lap finishing time of 5:44:23, just over two and a half minutes faster than MacCachren, driving his first race in his legendary father Rob’s #1 Unlimited Truck. 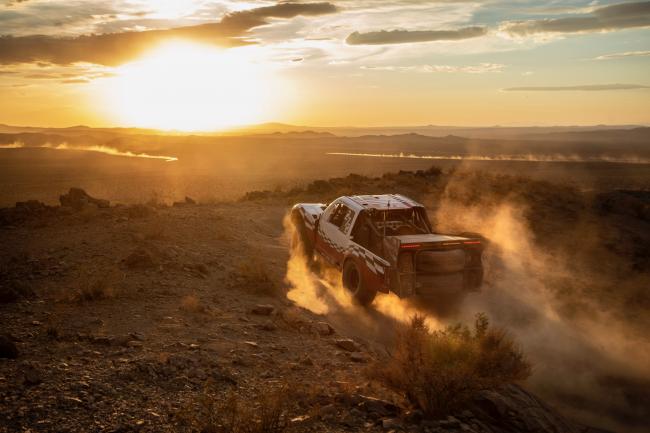 “It’s cool to finally have a first overall in the Spec truck!” said Dustin Grabowski, who drove the first two laps. “Maybe by mile five, we had a slow leaker, a right rear tire. We were able to push it to about mile 50 before it finally exploded, so we had to get out and change it, and it was stuck bent around the wheel so we had to get it off. On the second lap, we had a good lap until about 15 miles to the finish, when we had a left rear flat, so we had to pull over and change that. Then I pulled over and handed it off to my little brother—it was his first time racing the truck, he had maybe 50 to 75 miles testing before we came out here, but he had a flawless run.” 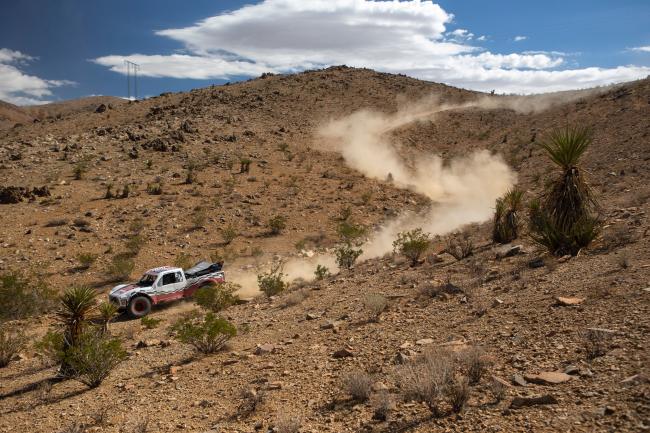 “I was going to take my time, drive what I could see, and not push hard,” admitted Troy Grabowski. “It ended up working out for me. I got no flats, and it was just a solid cruise. I wasn’t expecting much—I just came out here to cruise, I wasn’t going to push for an overall, I never thought that was in the picture. But it was a blast!” 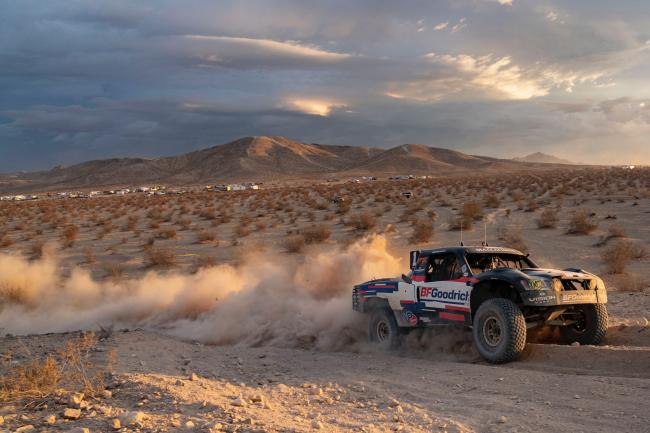 The 70-mile Barstow loop was as unforgiving as it was impressive, with drivers throughout the field fighting a challenging course and even facing tire wear during the day. Drivers like Eric Hardin and Steve Olliges laid down impressive early lap times, ensuring that the fight would remain close with MacCachren, but both would retire early from the action, opening the door for Spec trucks to close in on MacCachren—both on the course itself and on corrected time. In the end, the final lap made the difference; Troy Grabowski turned the #272’s best lap of the day, a 1:22:52, compared to MacCachren’s 1:29:17. 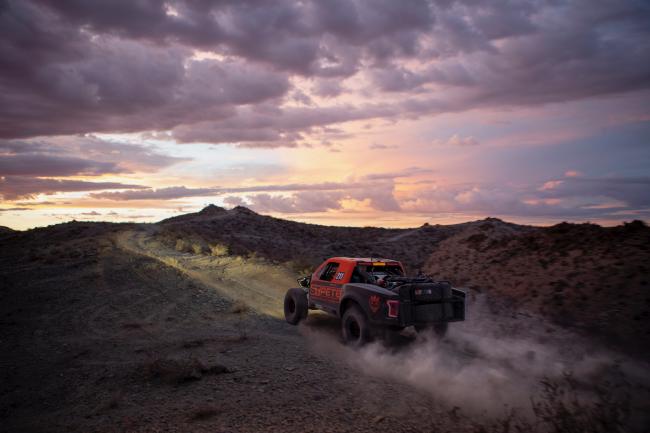 Thomas St. Peter would complete the overall podium as the second Spec truck with a time of 6:01:46, while Will Heaton (6:11:34) would complete the Spec class podium in fourth and Johnny McCall (6:12:36) was the top Class 1 finisher at fifth overall.

“Congratulations to the Grabowski brothers for winning the inaugural California 300 Unlimited Race!” Said California 300 CEO Matt Martelli. “Off-road racing has always been a family sport, and it was amazing to see two families that have done so much for the sport represented in first and second. Dustin and Troy drove a terrific race, and Cayden MacCachren impressed us all stepping into his dad’s truck and fighting for the win all day long. What started out as a battle of attrition turned into an epic fight—and we already can’t wait to do it again next year!” 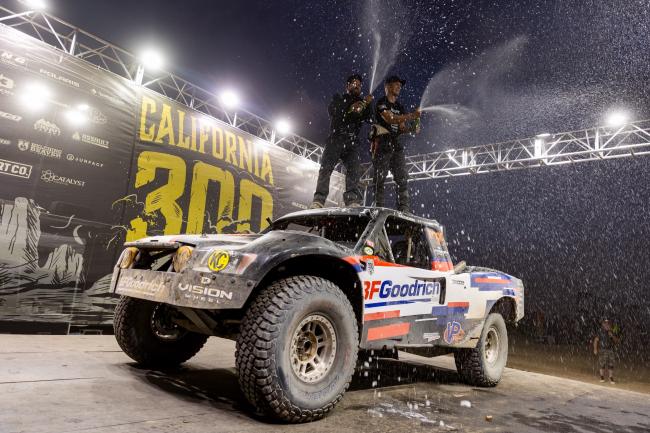 Live coverage of the California 300 is available all weekend long at live.thecalifornia300.com. The site includes live timing and tracking, results from completed races, PCI Race Radios’ Weatherman feed, and much more.