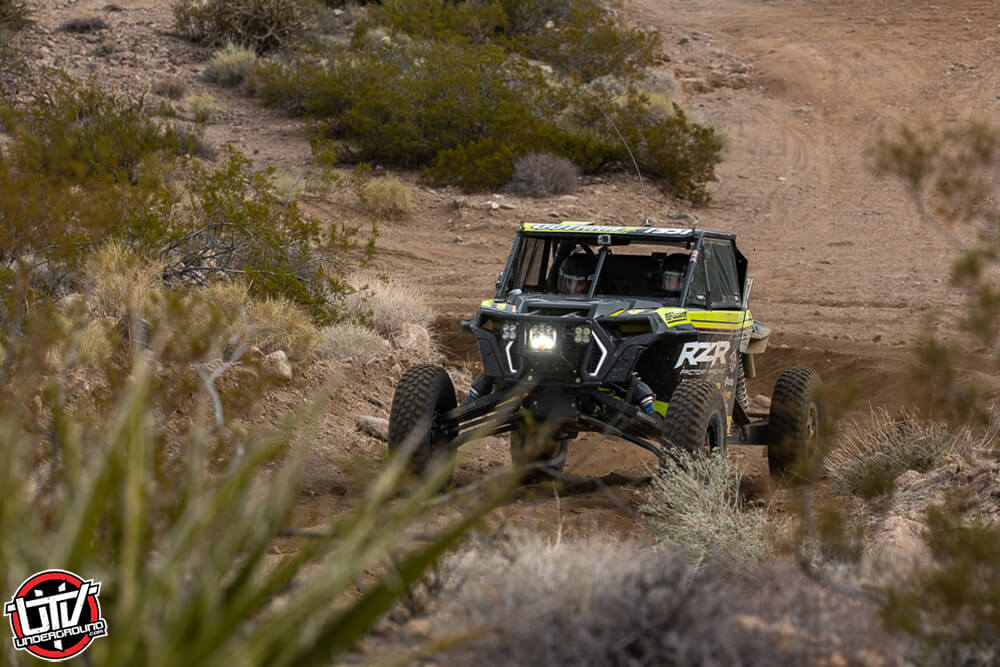 The young guns of UTV racing were out in full force in Las Vegas this weekend for the BFGoodrich Tires Mint 400, the second round of the 2019 Best in the Desert season and one of the biggest events in the sport. Fresh off a victory at King of the Hammers, Mitch Guthrie Jr. took home the UTV Turbo victory, while Seth Quintero celebrated atop the box as this weekend’s UTV NA winner.

UTVs made up the largest group of entries for this year’s Great American Off-Road Race, with the UTV Turbos making up the biggest individual class at 77 starters. With five different classes in action, UTVs competed on both days of racing, with the brand new UTV Rally class competing alongside UTV Unlimited on Saturday and UTV Turbo, UTV NA, and UTV Sportsman running on Sunday. 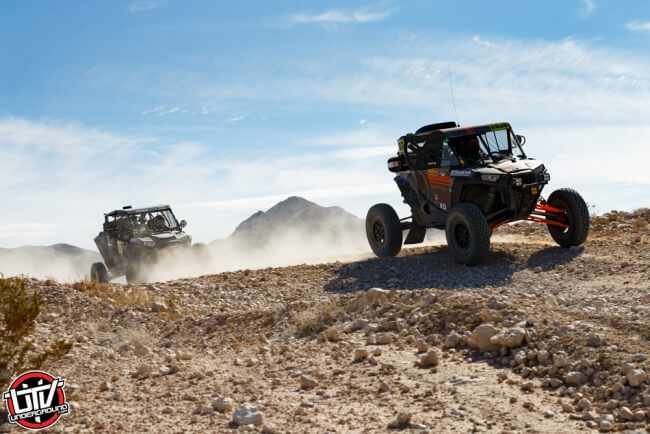 San Clemente, California’s Darren Rude led the UTV Rally class with a time of 5:27:22.853 on Saturday, with Ray Hanke and Jack Olliges completing the podium. The class attracted a unique mix of newcomers and top professionals looking to scout the course for Sunday, as Trick Truck drivers from McMillin Racing and Youtheory Racing were among those to join the class. Nathan Thomas’ 6:15:01.370 was best in the UTV Sportsman class, with Kenny Gorman the only other finisher.

Sunday’s UTV Turbo battle, meanwhile, was one of the best of the entire event. The race started with Dustin Jones and Austin Weiland the two front-runners, while Guthrie trailed in third. As the race went on, however, the gap between trio continued to shrink, with Weiland eventually getting past Jones and Guthrie claiming the lead for good in the second half of the race. Phil Blurton claimed second on corrected time, bumping Weiland back to third, while Jason Murray and Jones completed the top five.

“The Mint 400 is becoming the race for sure,” said Guthrie. “Winning this is big for me, and I’m definitely happy to be here. It’s pretty insane seeing all the spectators and how the fans get to do this, because it’s pretty fun out there. Seeing these things in person is really what it’s all about.” 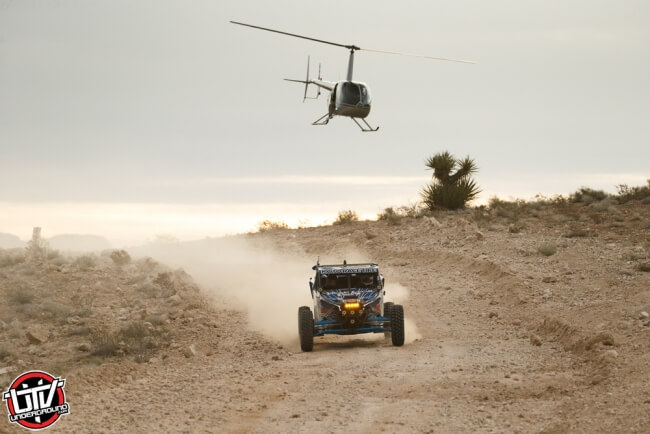 On the UTV NA front, Quintero started first in the morning and never really looked back, despite battling with second place Bret Ward at various points in the event. The 16-year-old, who plans to run the full Best in the Desert season with hopes of moving up to UTV Turbo and running short course in the future, estimated that he and Ward traded the first spot on the road about 10 times during the event. John Estrada completed the podium.

“Being 16 and winning the Mint 400 is definitely something I never expected to do,” said Quintero. “There were a few ruts that I was dragging my skidplate through, and going through the power lines, we were digging them up really badly. I had a couple of mistakes—I found myself blowing out corners, which was weird, and I locked up in a couple of turns. But we had no flats, and luckily enough, I was able to hop on top of the ruts and get away from the rocks.”

The next event on the Best in the Desert calendar is the 2019 Polaris RZR UTV World Championship presented by UTV Underground. More information is available at www.utvworldchampionship.com.

Check out our gallery from the 2019 BFGoodrich Tires Mint 400 below!