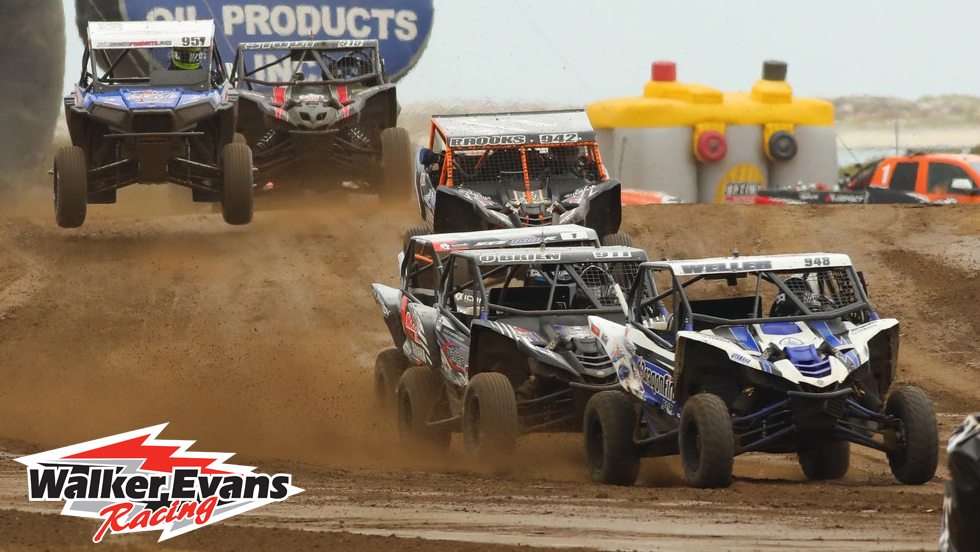 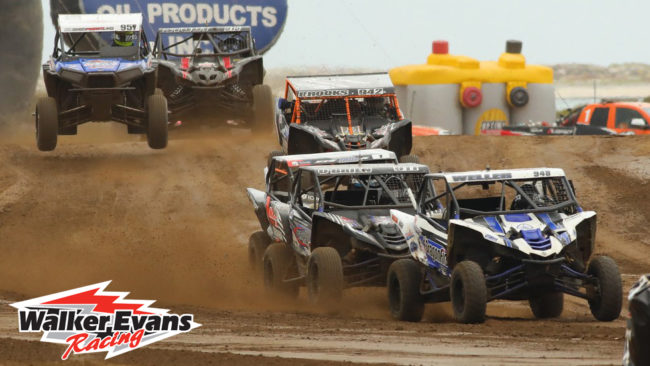 The events were held over the weekend at the notoriously technical and challenging Estero course. While the jumps tend be flatter here, the sandy racing surface quickly rutted up and passing opportunities quickly became few during the races. 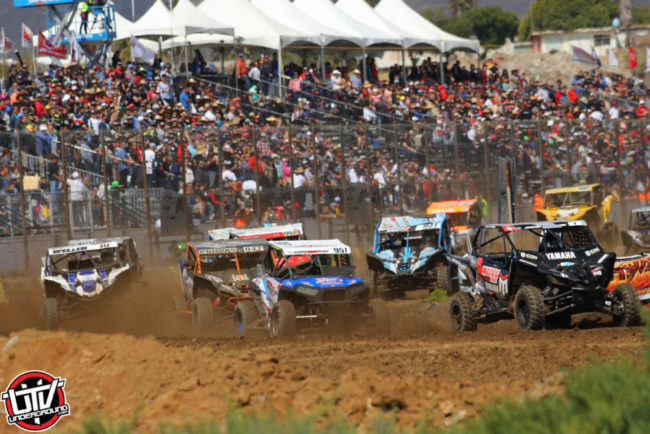 Navigating a tricky rhythm section was key to success here. The long straightaways allowed for high speeds. Possibly the most enthusiastic fan base on the tour comes out for this event and made for an exciting and fun weekend.

In Saturday’s UTV Production race, Heger came out victorious after winning a three-car battle with Cheek and Ronnie Anderson. After Cheek passed Heger for the lead in the rhythm section, Heger quickly regrouped in his Yamaha and retook the position to score his first victory of the season. Cheek was second, followed by Anderson.

“It’s always fun racing with Myles and I saw Ronnie pop in there, so I knew it would be interesting,” said Heger. “I knew he was going to go for it, so once I saw him go I set up for it. I snuck on the inside and got back past him. The track is more of like a motocross track. It’s single line and gets super rough.” 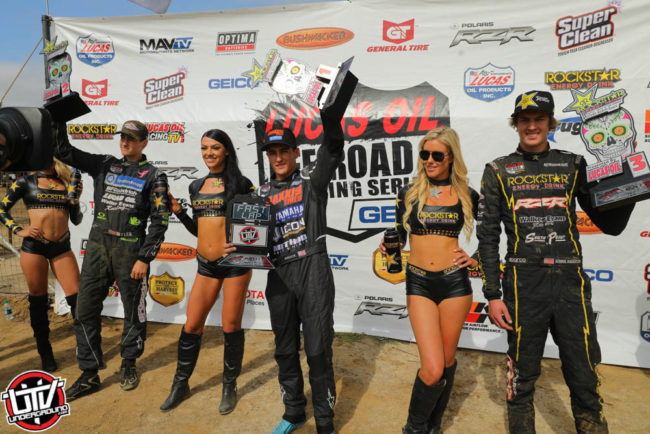 Cheek did everything he could in his Polaris to try to pass Heger. Though he got close several times, he couldn’t make a pass hold up and he finished second.

“I tried everything I had for Heger, it just wasn’t my day today,” said Cheek. “I started sixth and made it third on the first lap. I got behind Heger and just didn’t have enough to get past him.”

Anderson started second in his Polaris. Though he had difficulties with the track’s rhythm section, he managed to stay smooth and consistent and finished third. 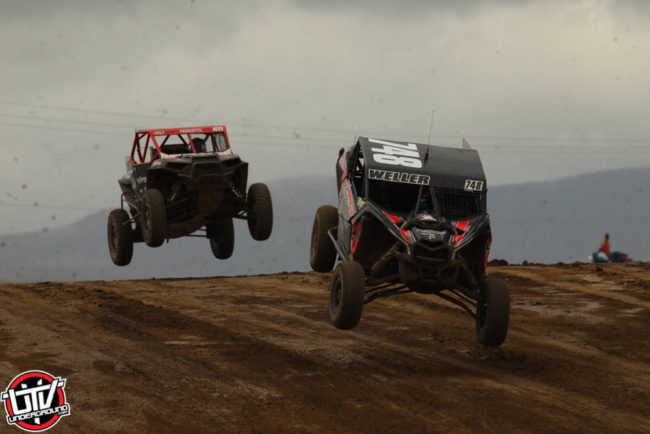 “The whoops section had me puckered every single lap, so I was stoked to get through there clean,” said Anderson. “The Polaris is the perfect platform out here. It kept me smooth and consistent and I can’t wait to see what tomorrow brings.”

In Saturday’s UTV Production Turbo race, Weller and her teammate O’Brien spent the second half of the race trading the top spot in their Can-Ams. On the final lap, Weller made a pass stick and held on for her first victory of the season. O’Brien was second, ahead of the Polaris of Robert VanBeekum.

“Paul and I trust each other so I’m not going to force a door open, but I will take an opening; I just happened to get the last door opened and I took it,” said Weller. “I had never raced on this track, but we picked up a ton of time from yesterday to today so I felt really fast. I had a good Maxxis tire package and the car was great. The Can-Am has been a lot of fun with the turbo. You can really feel it kick in on these long straights.” 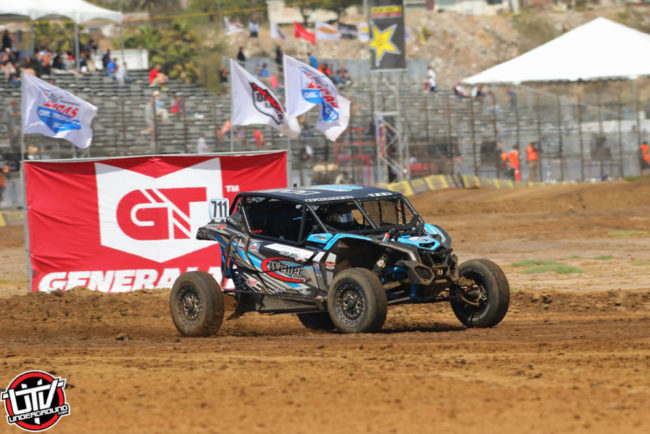 O’Brien started on the outside of the second row and got a great start. However, he slowed in the rhythm section and had to make it through the entire field to set up the final battle with Weller.

“I had a pretty clear track at the start, came around in the rollers, checked up and everyone went by,” said O’Brien. “So I had my work cut out for me and fought back to second for the restart. Corry and I battled from there. Corry and I really respect each other and it was really fun battling.” 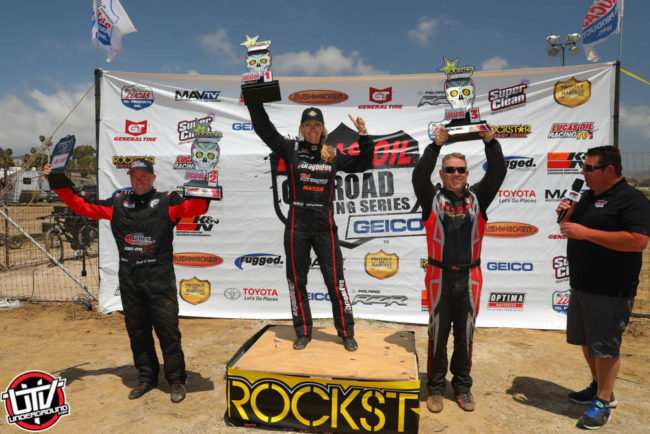 VanBeekum overcame changing track conditions to score the final spot on the podium. He ran a consistent pace in his Polaris to finish third, marking his first podium of the season in the class.

“I gave the old Polaris all she could handle,” said VanBeekum. “It’s crazy how much this track changes, but we just paced it forward. On the restart, the car had enough power to get past Brooks and I kept it in third place.”

While Saturday’s races were somewhat tame, Sunday’s events took a trip down carnage lane. In the UTV Production race, Cheek survived to score his second victory of the season in his Polaris, after taking the lead for good from Jason Weller late in the race. Jason Weller finished second in his Yamaha, followed by Heger.

“I’m super pumped on the win today,” said Cheek. “Heger got it yesterday and I can’t let him beat me two days in a row. With the inversion, we had to start in the back, and it got a little hairy on the first lap in the rhythm section, but it worked out.” 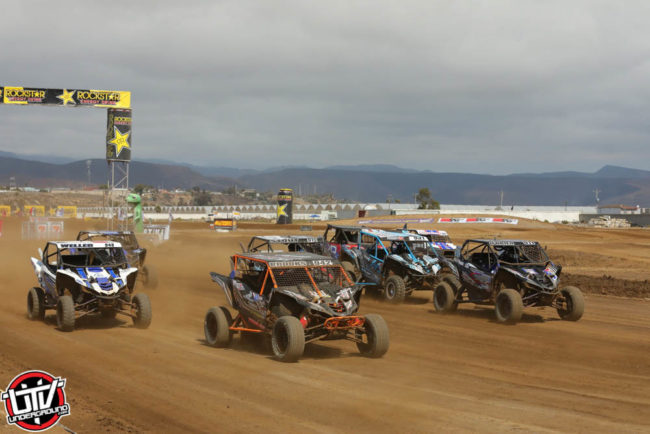 Jason Weller started on the front row in his Yamaha and made the most of it. He took the lead at the start and charged hard into the rhythm section and that secured the podium for him.

“I knew starting on the front row if I went for it in the whoops I had a chance at a podium,” explained Jason Weller. “So I had to commit and run my lines. Last year, I was 10th and eighth so to come out and get a fifth and a second in awesome for me.”

Heger had to make his way through the carnage to finish third. After starting sixth, Heger overcame several mechanical issues to secure the podium, his third in three races. 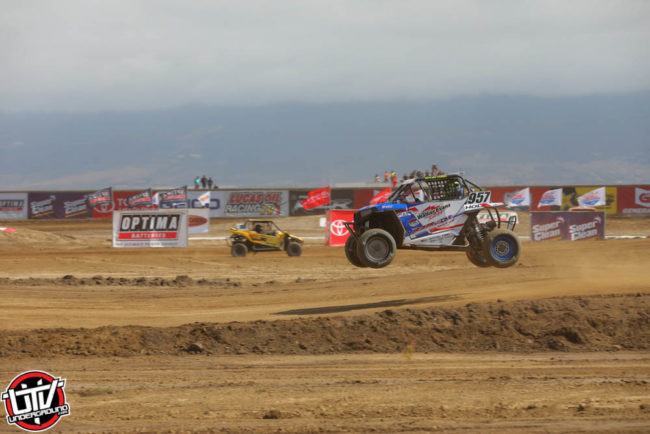 “This was probably one of my worst races this year, but all in all it was fun,” explained Heger. “I got caught in some carnage early, I had a vibration, and the car was getting hot. It was smoking and blowing water out at the end so I’m just stoked to get the finish.”

In Sunday’s UTV Production Turbo Class, mechanical problems and crashes took out nearly the entire field. Eight cars started the event and only three finished. O’Brien won the race, ahead of Corry Weller, and Elliott Watson in an all-Can-Am podium.

“I got the monkey off my back,” said O’Brien. “Corry and I are so close in speed; every time I go faster, she goes faster and every time she goes faster, I go faster. This is great for Can-Am. Polaris has dominated this series for so long and now Can-Am has a presence here. The cars are great.” 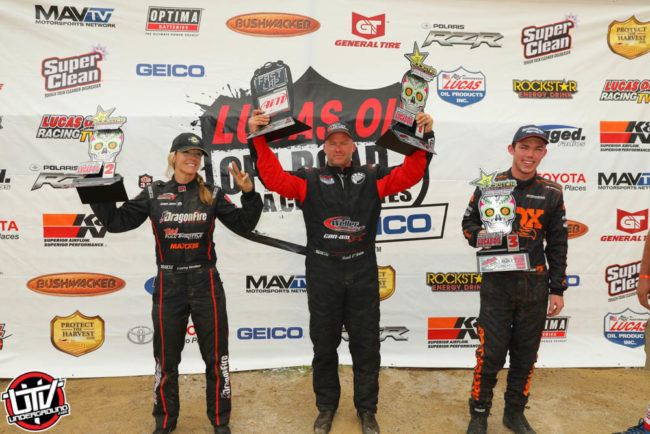 O’Brien and Corry Weller were duking it out early in the event before Weller’s Can-Am had a front axle problem. She hung on for second, scoring her second podium of the weekend.

“I lost a front axle, so from there we just tried to hold the position and not lose any points,” said Weller. “I couldn’t get the drive in the rhythm section I needed, so I just tried to stay ahead of Elliott.” 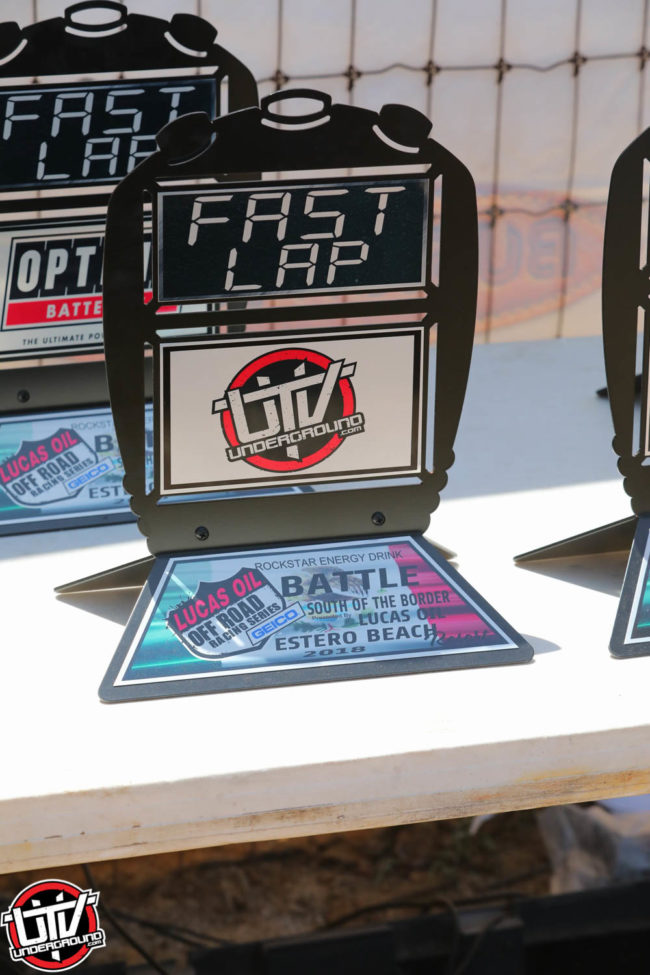 Watson has fought issues in his Can-Am in the last two races, so he was pleased to get the finish. The podium was his first this season.

“We’ve been struggling with the Can-Am with some computer issues,” said Watson. “We got it figured out and I was having a blast driving this car today. A couple of guys had some issues today and that landed me up on the box. Hopefully we can capitalize on this and use it as some momentum.” 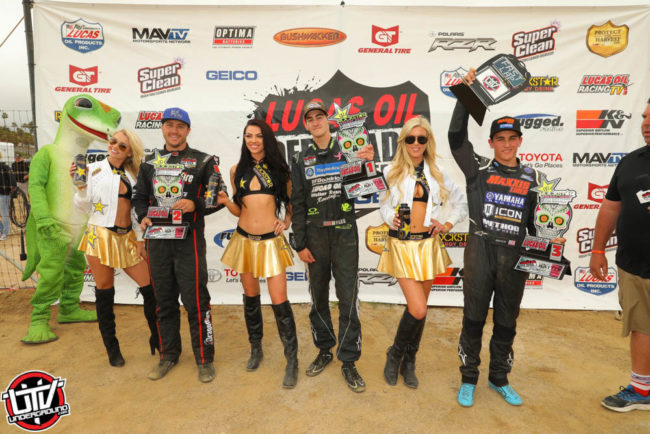 LOORRS heads to the Midwest and its longest track on the circuit when it visits Lucas Oil Speedway in Wheatland, MO for another doubleheader weekend June 23-24. 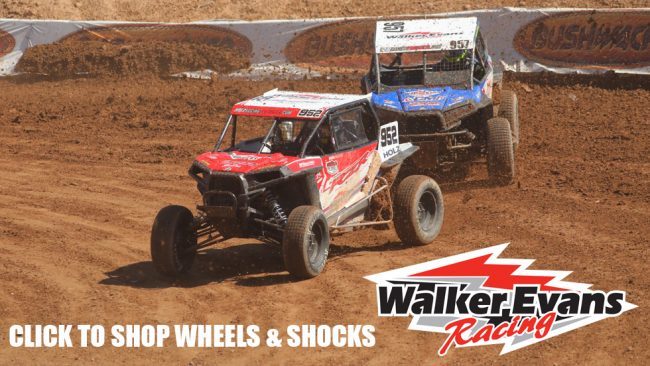