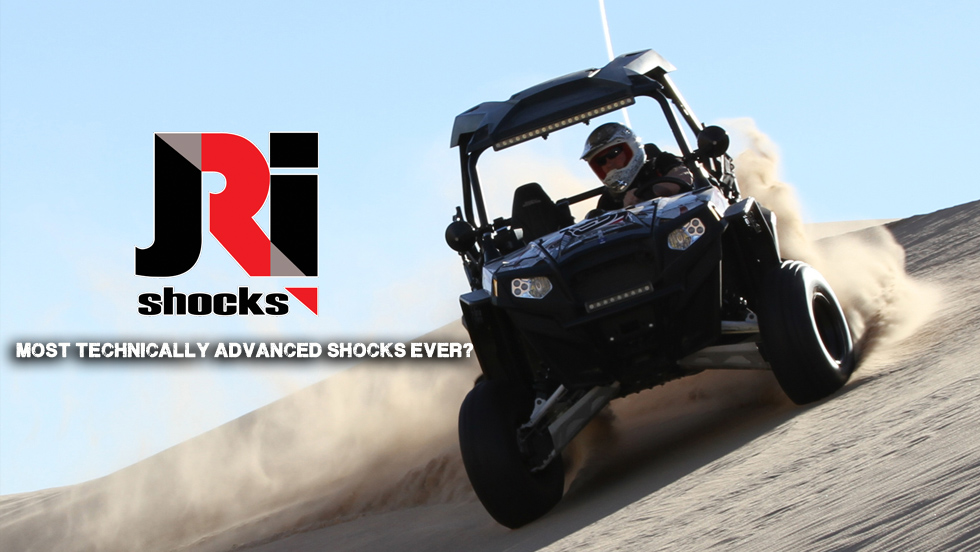 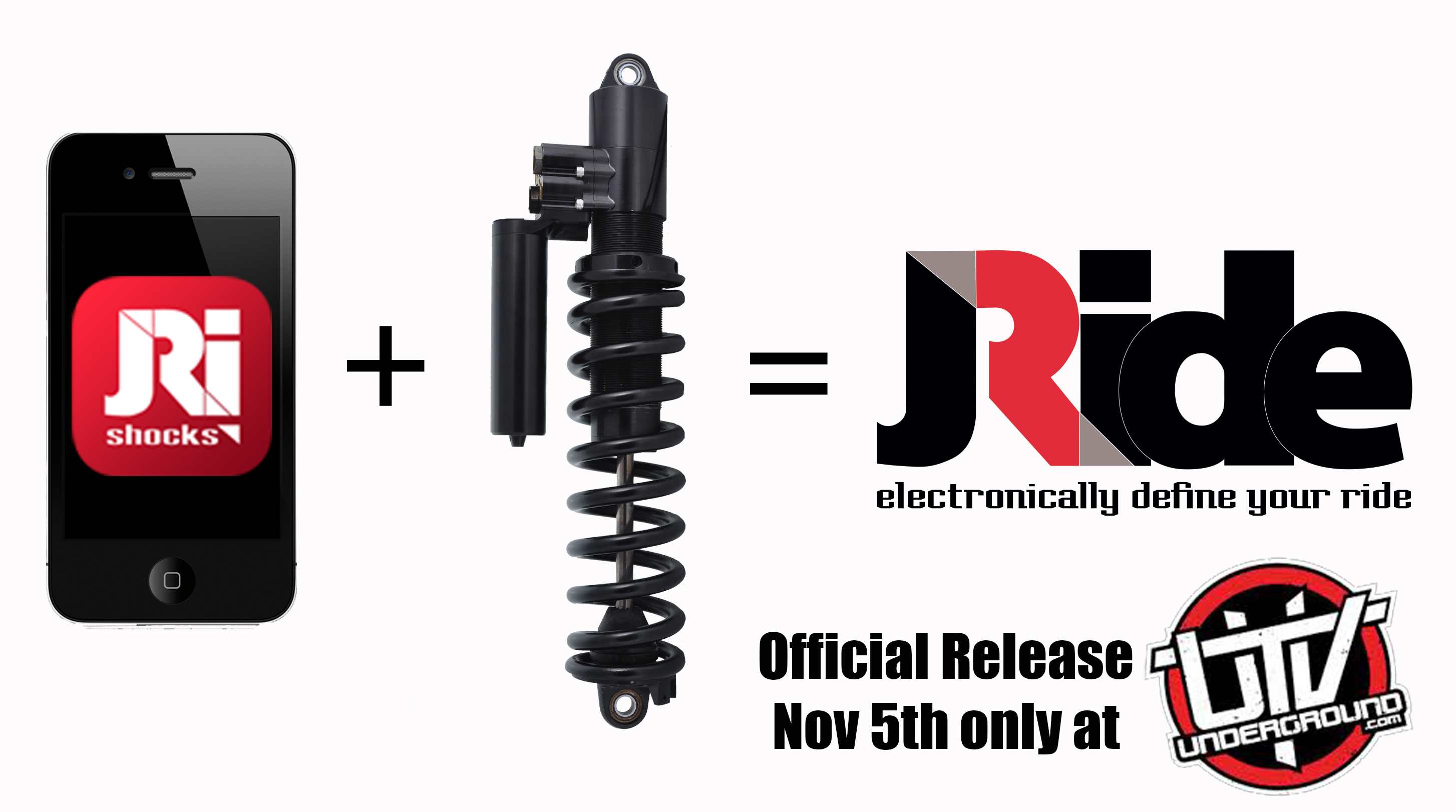 It seems there is no limit to the level of performance and innovation we’re seeing enter the UTV market these days and JRi Shocks, a relatively new name to the UTV industry, is coming out swinging.

With the present obsession of everything “mobile,” there’s almost no limit to the level of control one can have from their smart phone.  We can start our cars, unlock our houses…even keep track of our kids.

While that’s all fine and good, the idea that you could tune the performance of your UTV from your cell phone seems a bit radical.   Although remote technology has been around for a while, very few have tried to develop it into a working system for the off-road world.

In terms of suspension, the idea that you could remotely adjust the compression or rebound on one, two or all four of your shocks without ever leaving the drivers seat seems almost too good to be true. 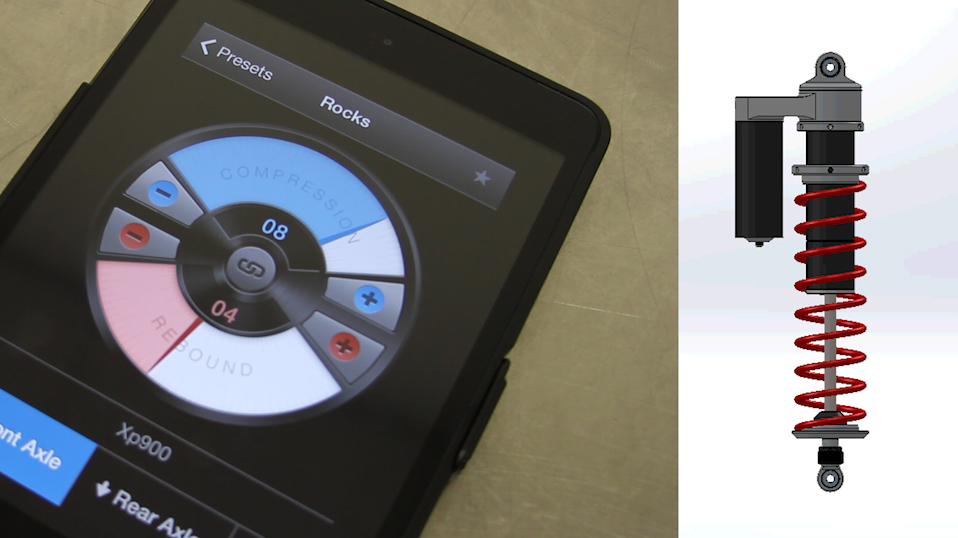 JRi Shocks is a relatively new name in the off-road world but it’s quickly making strides as one of the leading innovators in the UTV market.  While the company is only 7 years old, the minds behind the madness have a much longer history in both the off-road world and motorsports in general.

Jeff Ryan was among the first employees hired by Bob Fox back in the late 1970’s, and cut his teeth developing motocross shocks for the off-road industry.  After eight years with Fox, Ryan made the switch to asphalt and went to work for an Indy car team in New Mexico as one of the racing industry’s first shock technicians.  The racing world began taking notice and Penske racing eventually approached Ryan to head up and develop their own line of shock absorbers.

Seventeen years later, Ryan left Penske Racing Shocks to start JRi.  In a short seven years JRi Shocks has amassed an abundance of notable wins in virtually every form of motorsports racing from NASCAR and Indy car to Formula one and Superbike racing.  Ryan’s clientele reads like a who’s who list straight from the motorsports Hall of Fame and includes such notables as Dale Earnhardt Sr, Richard Petty, Rusty Wallace, Rick Mears, Emerson Fittipaldi and Al Unser Jr.  “Those are the people that made me try to always build a better product to make them faster,” says Ryan.  “They pushed me hard and I would push back hard on my group to get them products that could improve their racing.”

Now Jeff and the team at JRi are turning their attention to the off-road market and bringing a new level of innovation to the UTV industry.  JRi Shocks offers a complete line of passive and semi active, single, two and three way adjustable shocks for UTV’s.  The JRi ECX shock features a 2.5” body and an industry first shaft adjustable system for rebound and compression.  The shock offers an astounding 70 positions giving you a huge range of precise adjustment; a technology that stemmed from the NASCAR industry.

The app itself is easy to use and gives complete control over compression and rebound in each individual corner or by adjusting the front or rear axles simultaneously.  That means no matter what your conditions you’ll be able to fine-tune the performance of your vehicle without ever leaving the drivers seat.

If you’re the type that likes to go straight from rallying in the desert to cruising in the dunes, you’ll be please to know that the JRide system allows up to 8 custom presets that you can set for specific terrain conditions. 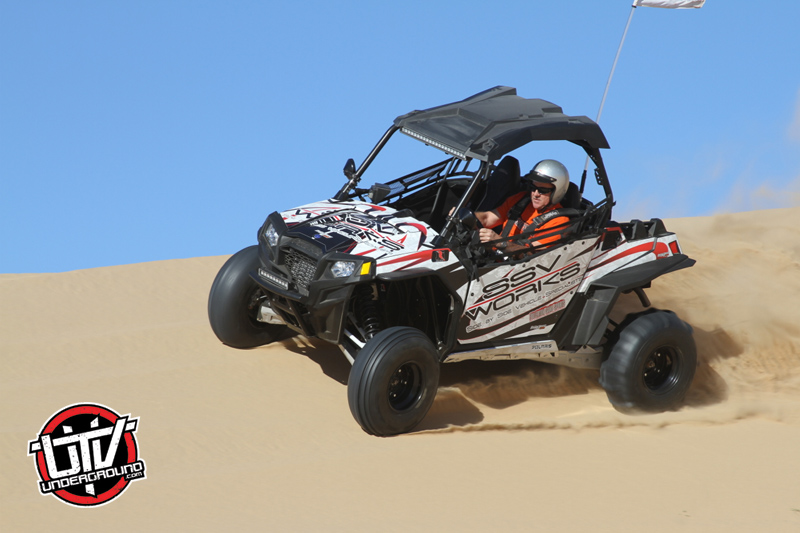 Racers in particular will appreciate this feature as it gives them the option of adjusting to different conditions on a long racecourse like the Baja 1000.  “It gives the user the ability not to compromise in different situations where before you had to have a middle of the road, now you can have each individual type of terrain optimized at all times,” says Ryan.  “It can be preset for sand, high speed rocky conditions, low speed rocky conditions, high speed whoops, low speed whoops, dry lake bed etc.”

The user can then fine tune the individual presets to better suite their particular riding style and save the preset as their own individual custom setting.

In addition to the wireless app system, JRide is also available in a hardwired system that can be controlled by a series of paddles mounted directly behind the steering wheel.  The paddle system allows for instantaneous adjustments while the vehicle is moving or even in the air.

With this type of technology, JRi Shocks is showing that it’s serious about the off-road market and plans to be in attendance at several major events around the country in 2014.   Be sure to stay tuned to their website and follow them on Facebook for all kinds of fresh content or contact them directly for more info on the JRide system and the complete line of JRi UTV Shocks.