Home All Stories Press J.Juan Brakes will equip the official Dakar 2019 Can Am Maverick X3 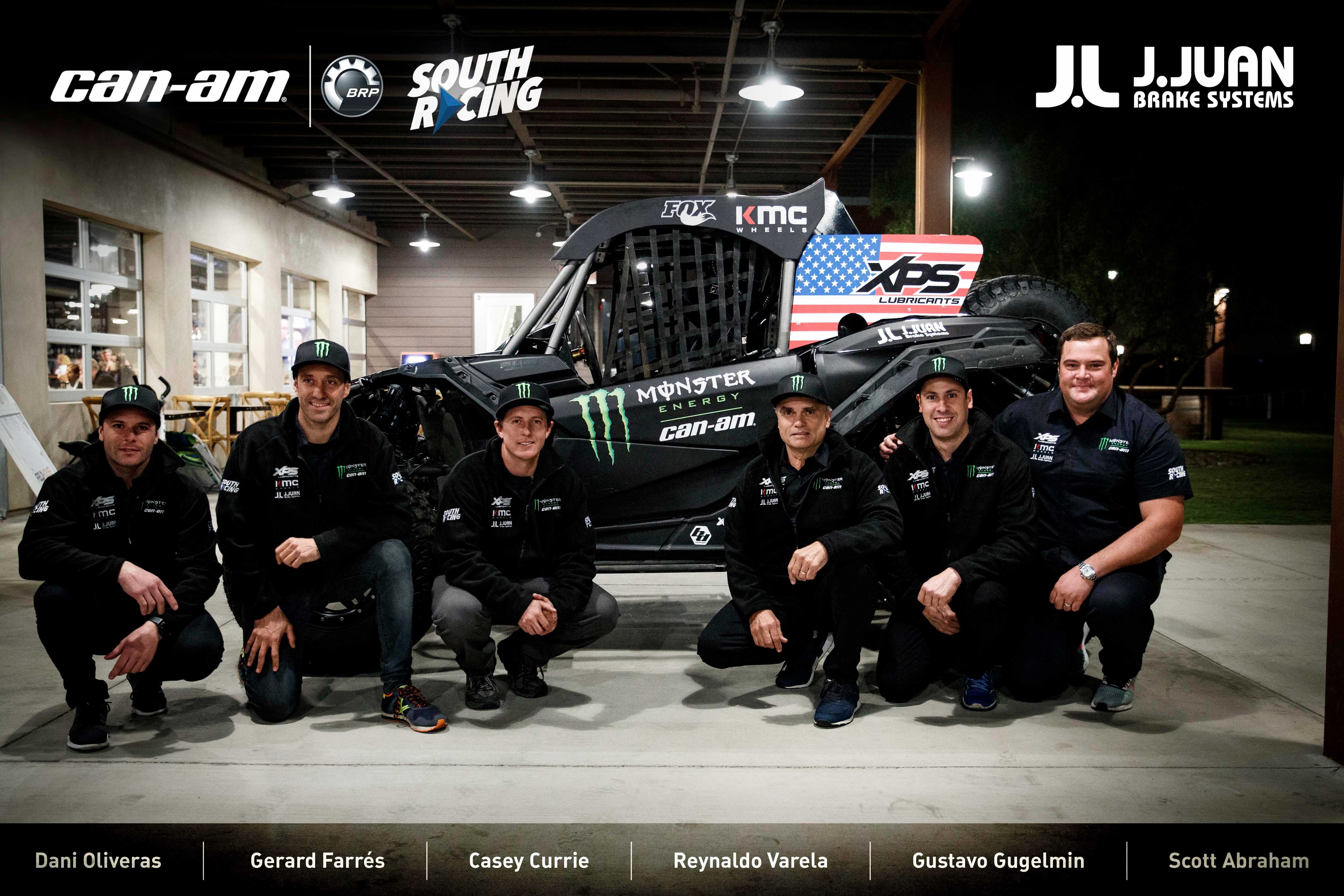 South Racing is the official Can-Am team ready to compete in the Dakar 2019. The team managed by Scott Abraham will ride the powerful Maverick X3, starting as clear favorites to win the Side by Side (SxS) category.

South Racing has chosen to face the most beautiful race in the world, equipping the vehicles with the J.Juan racing braking kit. A choice born from tests achived by the same Scott Abraham, equipping over 2018 more than 50 competition Maverick units with the brakes produced in Barcelona (Spain) for this type of vehicles. With only 667 kgs weight, these sports UTVs are powered by 120 horsepower. Their agility and maneuverability, gives the vehicles a sporty spirit that is convincing and converting the great rally drivers and riders coming from cars and motorcycles.

There will be three official drivers for South Racing at the Dakar in Peru, all potential candidates for the final victory: the Brazilian Reynaldo Varela, already winner of the category in 2018 with the same Team, Gerard Farrés, the Spanish rider passed by the two wheels – third at the Dakar ’17 – to the Side by Sids and able to conquer several successes in the season on this new category, in addition to the American star Casey Currie, great winner in the American trials of Best In The Desert and Baja California.

J.Juan started working at best on this competitive braking system kit in 2018, after the success achieved in 2017 at the BAJA 1000 in California, where his driver Marc Burnett won the World Score Championship.