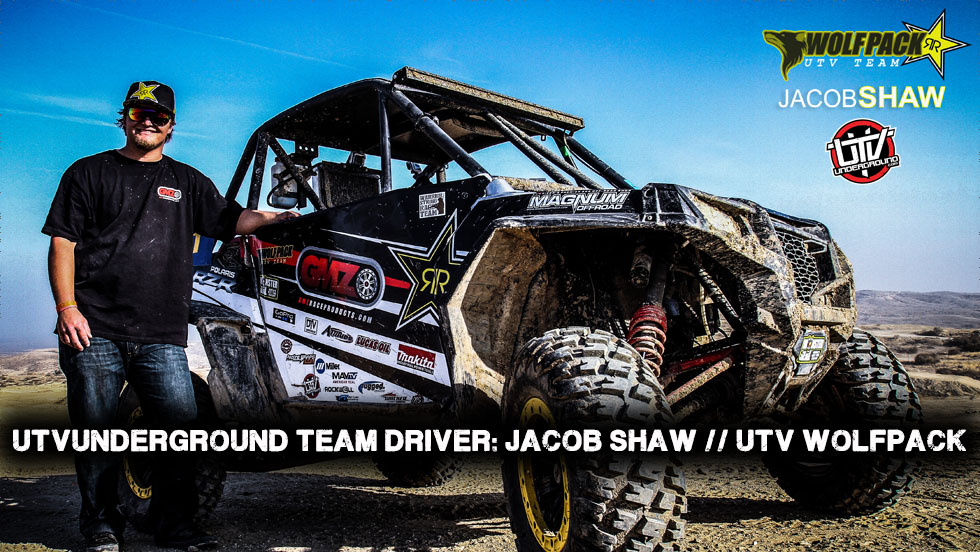 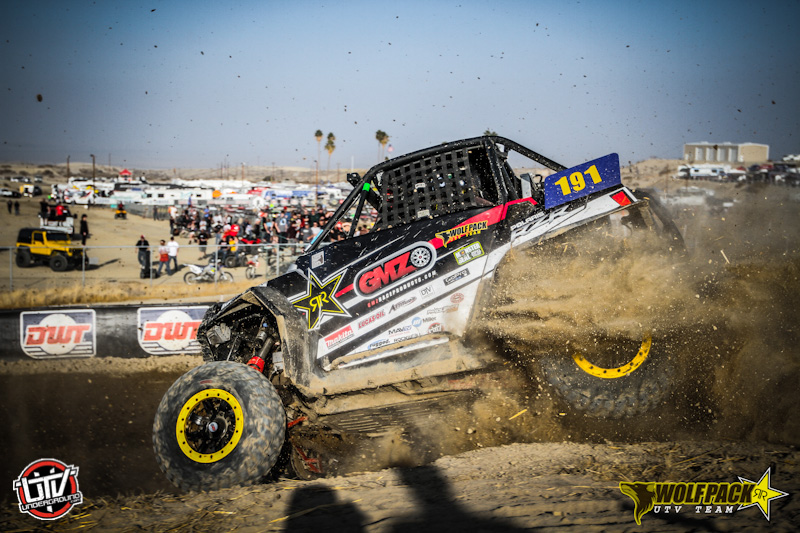 For 6 years now, UTVUnderground.com has supported UTV racers from all over the United States and abroad. UTV racing is at our core and we are proud to be the home for UTV racing! Every year since 2009 we have helped teams and racers gain sponsorships, exposure and notoriety. This year will be no different. However, this year we want to go a step further and introduce you to this giant team we call the UTVUnderground Race Team by doing individual racer bio’s and features on our site giving you a better understanding of just who these competitors are and where they come from.

UTVUnderground.com embraces the pulse of the UTV industry. Capturing original viral media, promoting the newest products, presenting the latest news, and connecting a large audience has made the world’s fastest growing all-inclusive UTV website – the “Go To Source” by both enthusiasts and manufacturers alike.  Stepping up again with a fresh new category; the UTVUnderground Race Team recognizes and promotes top drivers and personalities in the sport. The new feature’s second installment presents Jacob Shaw, a seasoned UTVUnderground Race Team driver who was just added as a team driver for the Rockstar Energy / Polaris UTV Wolf Pack for the 2014 season. UTVUnderground.com has enjoyed being a part of Jacob’s UTV racing career the last couple of years, so we are really excited to see him grow and take part as the newest UTV Wolf Pack driver! 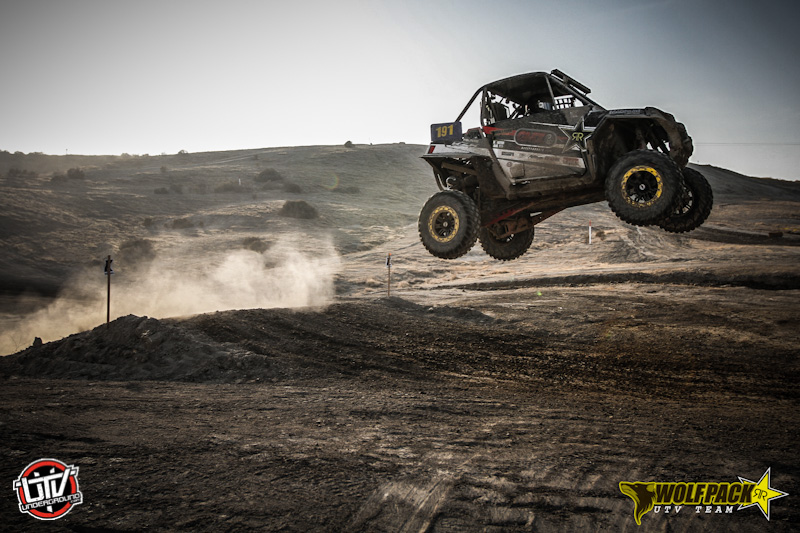 Shaw, representing the Rockstar Energy / Polaris UTV Wolf Pack, will campaign a full effort in the WORCS SxS Production 1000 Class and is once again driving the 2013 Polaris XP 900 as #191. Jacob was identified by Jason and Jeremy Merrell (co-owners of The UTV Wolf Pack) to be one of the top WORCS drivers throughout the 2013 season. Shaw was the second highest-ranking points scorer in the SxS Production 1000 Class Championship at WORCS. He was a regular front-runner earning four podiums in nine races, including stringing together three 1st place victories to finish off the series.

Rounding out the 2013 season, Jacob earned a final victory and raced to the win in the Pro 1000 Class during the highly acclaimed Lake Elsinore Grand Prix. It was a stellar season to say the least. 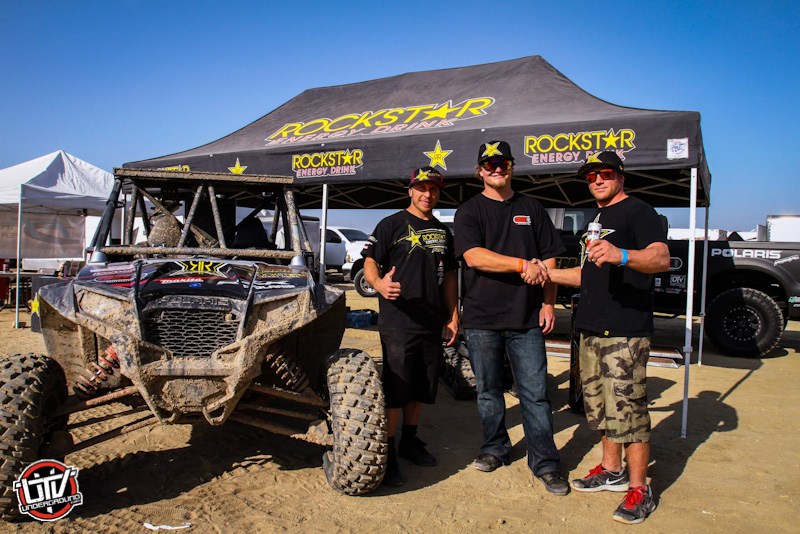 Before landing in the ultra competitive WORCS Production 1000 class, Shaw has put in an enormous effort and has racked up many years of racing experience.  He started racing MX at 8 years old on a 65cc. He has raced in the Loretta Lynn’s Amateur, Ponca City, Whitney and many other well-known MX competitions in the west and mid-west. He took a breather from race competition during high school because football and MX schedules didn’t work together. After 4 years of a very rewarding high school football career, he started racing SxS’s in the 2011WORC’s Racing series. Needless to say, Jacob has a strong support system around him and it all starts with his dad Jim Shaw and his mom Gina Shaw. Jim & Gina love to see Jacob succeed and they do whatever they can to make sure Jake has the equipment and support necessary to compete at his best!

Besides being a devoted off road racer, Jacob is an honest and respectable person. He respects others, has an easy going personality and racing is definitely his passion. 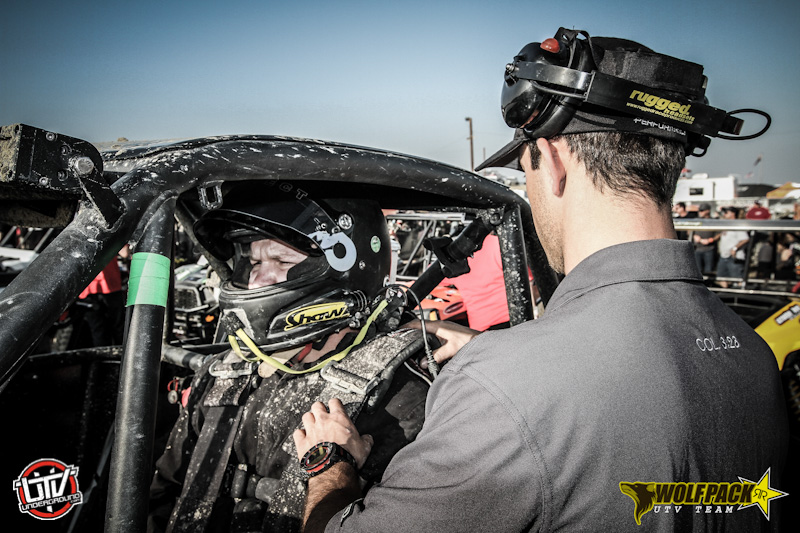 “We our proud to announce Jacob Shaw as the newest member of The Rockstar Energy / Polaris RZR UTV Wolf Pack to represent us in the WORCS series, declared Jeremy Merrell. “The UTV Wolf Pack run’s a tight crew so it’s a rare moment when we add a driver to our team. We believe that Jacob has what it takes, not only is he an amazing driver but also a hard working individual who is fully dedicated to racing. We are not only excited to bring on a new driver but also to give our sponsors representation in the WORCS series.”

Shaw has already got the chance to prove his value and represented for UTVUnderground.com and the Rockstar Energy / Polaris RZR UTV Wolf Pack during the first 2014 WORCS Event at Honolulu Hill in Taft, California. From the Green Flag, Jacob started out fast and poured the pressure on from there. Coming out of the first turn in 4th place, Shaw quickly moved up to 2nd position chasing down 1st. Jacob was able to retain position until a heart breaking last lap where a drive belt let go. Jacob pressed on and quickly changed the belt to get back in the race and finish 11th out of 22, which is still amazing.

During the race, Shaw impressed the crowd as well as the competitors launching off the massive step up monster truck style.

Jacob Shaw and the Rockstar Energy / Polaris RZR UTV Wolf Pack have partnered with some great companies for 2014: