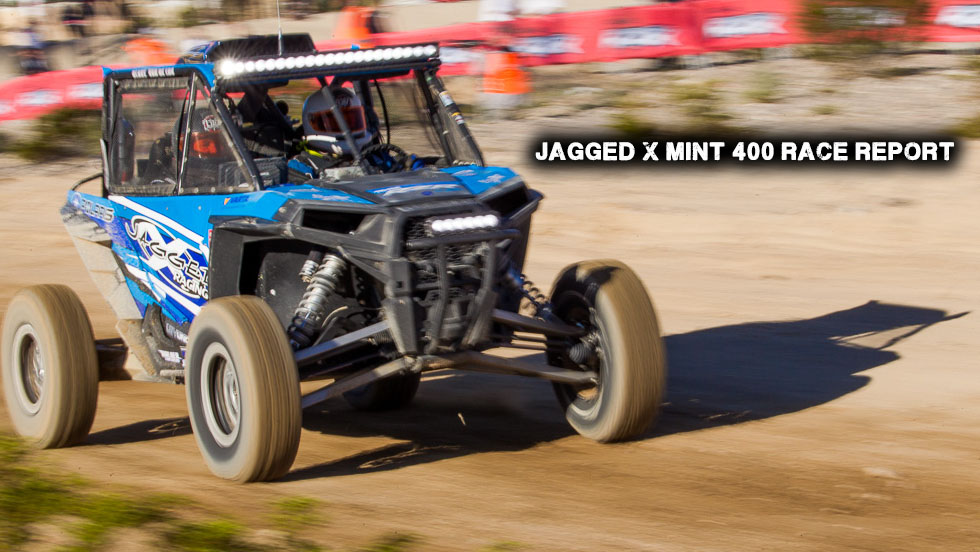 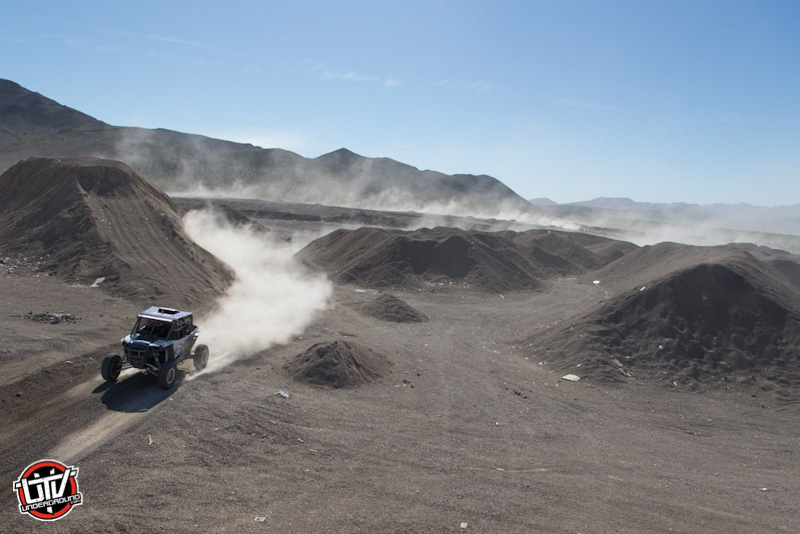 Can you have a good day and a bad day at the same time? Well that’s what team Jagged X did this weekend at the Polaris RZR Mint 400 presented by General Tire. This year’s MINT was nothing short of a spectacular event and what’s more impressive is the field of UTV’s that were entered to compete in what has become the one of the largest and most competitive classes in Off Road racing. Over 60 UTV’s were in attendance to challenge for the win. Both our cars had issues last month at the UTVWC that would keep them from securing the very valuable top 20 starting positions. The draw was cruel to us leaving Brandon Schueler with a 39th start position and the 1931 of Craig Scanlon with the dreaded last spot, 56th off the line in the Pro production class.

At the drivers meeting it was mentioned that the limited class race would have over 230 vehicles entered. This meant that numerous classes and nearly 100 race cars would leave the line before the first UTV. This would result in a very dusty and rough course to add to the existing class competition. Two by Two the racers would get the green light and charge of into the desert for the 366 miles of abuse that IS the “MINT”. 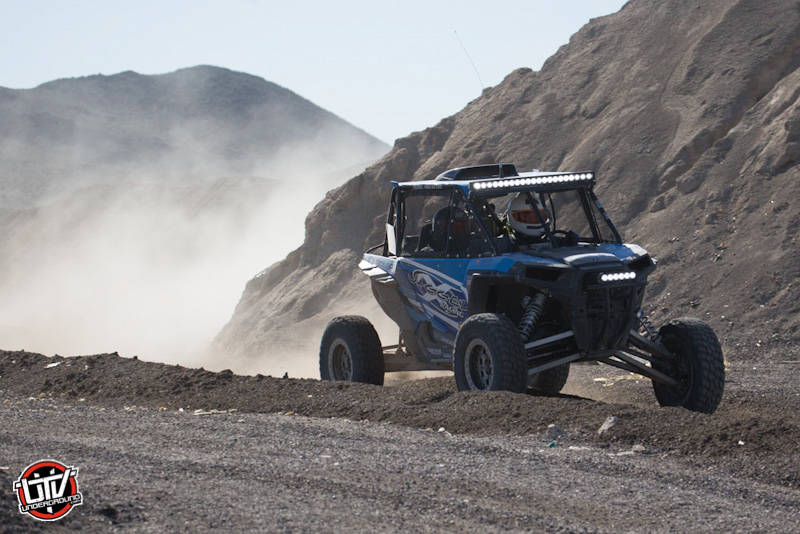 Both cars left the line running strong with Brandon Schueler and Blake Van de Loo in the 1919 RXR XP 1000 and Keith Redstrom piloting the 1931 RZR for DOR Craig Scanlon . Keith was joined by returning co driver and long time team mate Mike West . The Jagged cars wasted no time trying to gain favorable track position, and it was not long before the 1919 and the 1931 looked to be in the top five based on some crude timing calculations in our pits. By the middle of the second lap it was evident that both our cars had a shot at the podium if not the win.

Several teams in this race were running very strong including the always fast 1921 of Johnny Angal with RJ Anderson in the Costal 1934 and Dustin Jones with his Turbo Can-Am also putting on a show. As the cars left the main pit and started their third and final lap the race was as heated as it could get with half a dozen capable UTV’s sprinting to try and catch the 1921 who had generated a pretty substantial lead. The rest of the top five filed through bit B heading for the finish with only seconds separating them. We were looking for our 1931 car to follow but that familiar sound came on the radio…… our co Driver talking without that high pitched sound of a motor singing in the background. If you are not familiar with this, please know it is a bad thing. The report was that our 1931 car had suffered a broken axle which compounded to a second broke axle and finally a broken front differential. The MINT had claimed another victim. After making sure that our drivers were in a safe spot and a BITD extraction team was in route we all turned our attention to Brandon in the 1919 with high hopes of a podium finish. Soon we gathered a bit of intel through our stateside tracking teams that the 1921 was no longer in the lead but in fact stopped just a few miles from the finish. The race to catch the leader had now become a race to be the winner. The last 20 minutes of the race seemed an eternity waiting for the outcome. As the dust began to clear and the results were calculated Brandon and Blake would find themselves just shy of the podium with a very respectable fourth place finish. 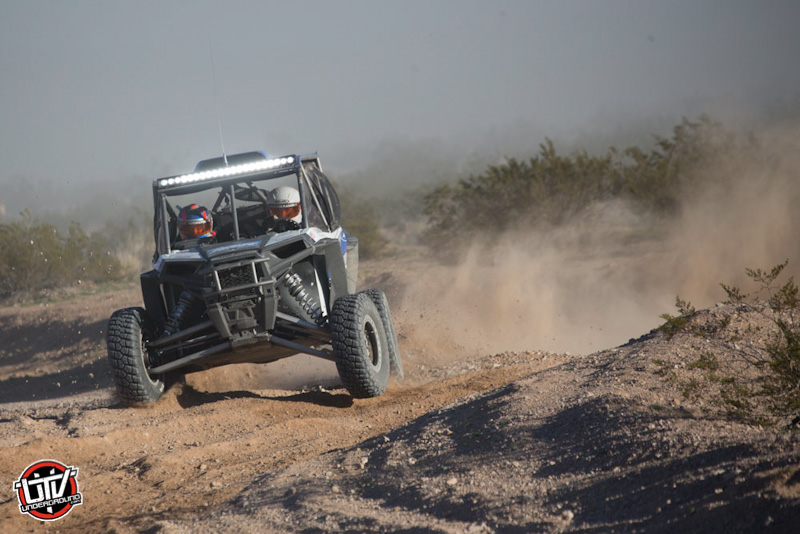 Brandon, who won this event in 2014 has had a few tough breaks so far this year with a couple freaky mechanical issues but has been able to finish every race. With the huge number of entries no one really dominating every race the Championship Quest is still very much up in the air. In fact after the MINT, Less than 20 points separate the top ten teams in the BITD points chase.

While we would love to have a repeat MINT win, we are happy with our fourth place finish. There is lots of great racing yet to come this season and we are ready go!

Congratulations to Dustin Jones and S-3 motorsports and to all the finishers. And Thank you to every team that competed and helped make this such a great event. 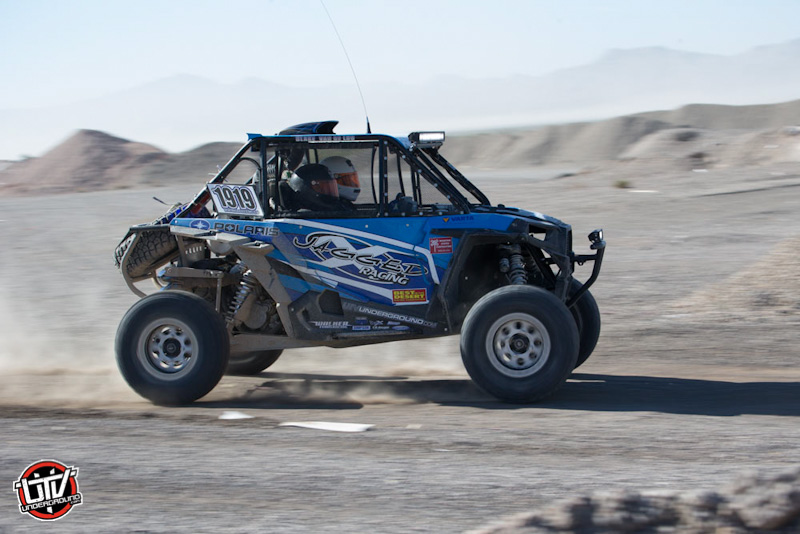 THANK YOU to POLARIS RZR all of our product sponsors, our crew, our friends and our families.