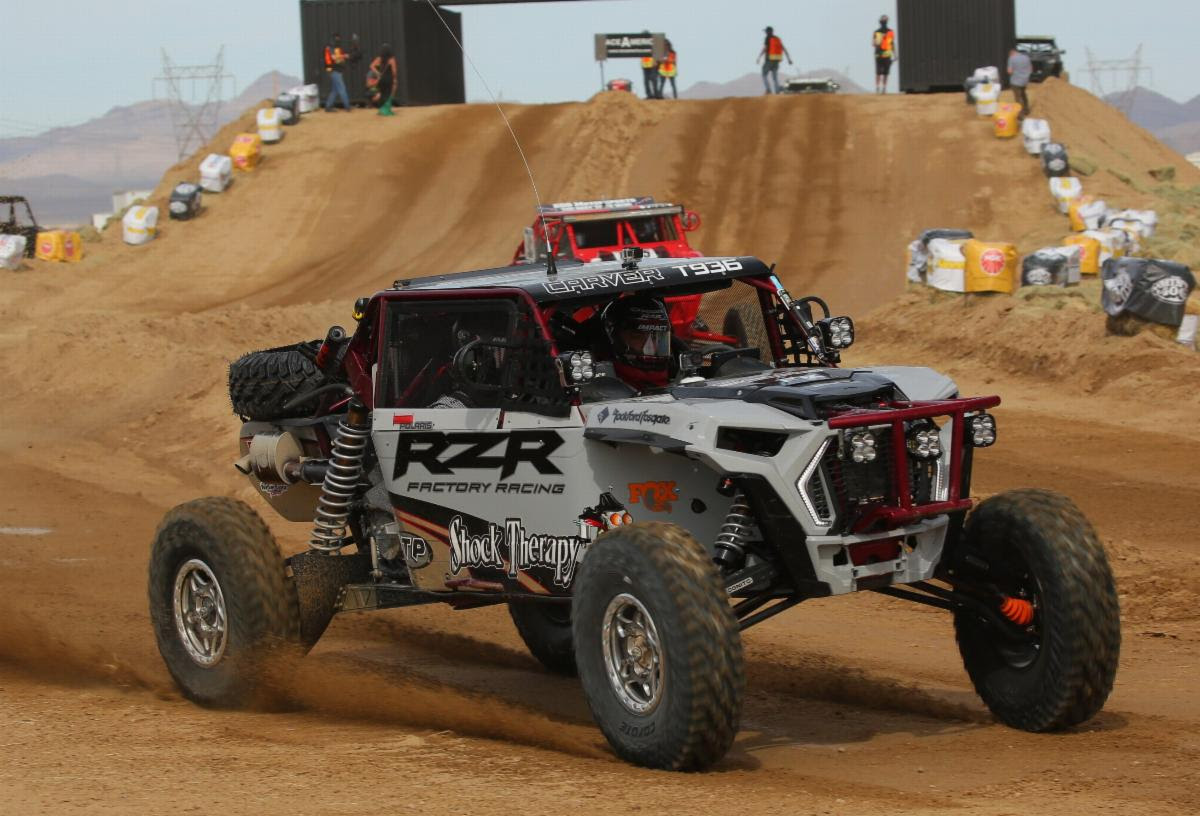 The Mint 400, The Great American Off-Road Race, operated as a stand-alone event this year and the prestigious desert competition didn’t disappoint as it offered multiple classes for trucks, motorcycles, class 10 cars as well as at least eight side-by-side vehicle classes, including four for youth racers and three professional divisions. The UTV Pro Turbo class, the most prestigious of the side-by-side ranks, included 34 total entries.

Carver (Polaris, Shock Therapy, ITP), who kicked off the 2020 season with third-place run at the Best In The Desert Parker 250 race, completed all four grueling laps of the 107-mile course relying on 33-inch ITP Coyote tires to help him reach the finish line. He ended the race in 8:39:14.222, which was good for second place, behind another Polaris RZR racer. The 8-ply DOT-compliant Coyote radial performance tire offers extreme versatility for desert racing and was designed for drivers who demand precision handling and lateral stability during recreation and racing.

“With my podium finish at the Parker 250, and now again at the Mint 400, I am a bit frustrated coming up short of a BIG win, but we had an incredible (race) time and we represented our sponsors to the best of our abilities,” said Carver. “The 33-in. ITP Coyote tires are worth every penny!”

Finishing less than three minutes behind Carver to secure third place. His finish was especially impressive considering he started the race in the last position. Jones put the hammer down all the way to the final flag, where he crossed the line in fifth place. After time adjustments were made, the Louisiana racer ended up on the box in third place.

“[I had a] Last place draw position to unofficial podium finish,” stated Jones on his Facebook page. “A wild day battling from the back and running in dust literally all day.”

“We really value their feedback and trust in our products,” noted Rhett Turpin, Director of ITP Sales at The Carlstar Group. “Both drivers chose to run two different ITP tires and setups, and both drivers ended up on the podium, proving our innovative tire engineering is definitely designed to excel in the most challenging desert conditions — in the U.S. and around the world.”