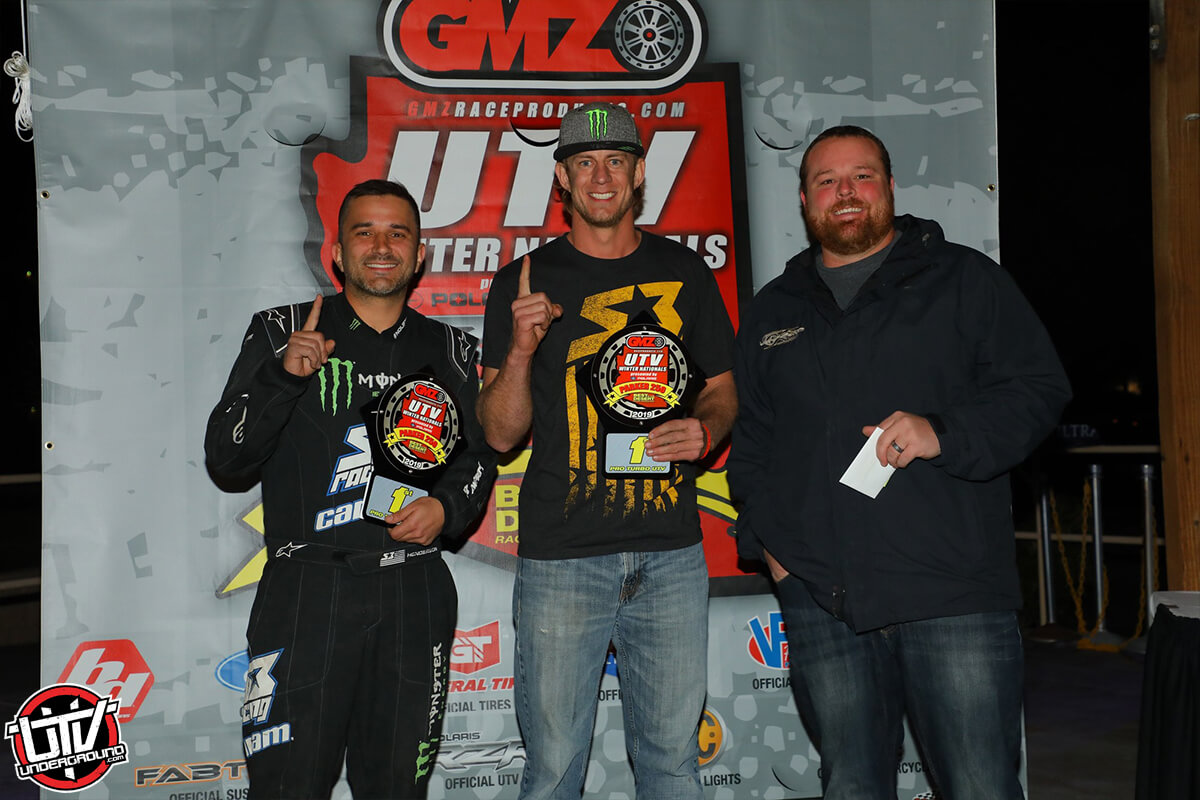 Dustin Jones lived up to the Best in the Desert name on Saturday by topping the UTV Turbo field in the UTV Winter Nationals (also known as the Parker 250), the first round of the 2019 BITD season for UTVs. Jones and co-driver Dustin Henderson were the first racers across the finish line, completing the race in 4:34:48. Defending event winner Brandon Schueler was second, while Branden Sims completed the podium.

The high attrition event saw only 37 lead-lap finishers in the UTV Turbo class, compared to the 64 who started the race. Defending class champion Phil Blurton led the field through the early stages of the event, but suffered issues on the third and final lap of the race. When all was said and done, Blurton finished 27th, over an hour and 26 minutes off of the winning time. 2018 UTV Production champion Kaden Wells in 37th place was the final driver to finish all three laps, coming home nearly three and a half hours off the winning pace. 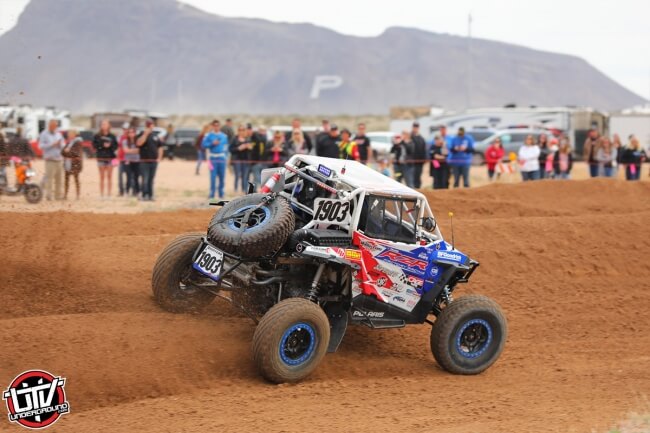 In UTV Production, it was talented teenager Seth Quintero who crossed the finish line first, 5:04:18 after starting the race. Quintero, who didn’t compete in Parker in 2018 but ran the rest of last year’s schedule, beat Bret Ward to the finish by three minutes and 19 seconds; Bradley Howe was third, just over 10 minutes off of the winning time. The Production class saw 18 lead-lap finishers and 10 DNFs out of 38 starters, with familiar names like Mike Deley and Robert VanBeekum just a few of the racers who didn’t complete all three race laps or registered a DNF.

Not long after Quintero crossed the finish line, Michael Isom kicked off the UTV Unlimited season with a class victory with a time of 5:08:33. It was Isom’s second win in his past four BITD starts, after he won last August’s Vegas to Reno on the way to a runner-up finish in the 2018 standings. Josh Shelton and Mike Zuendel completed the podium.