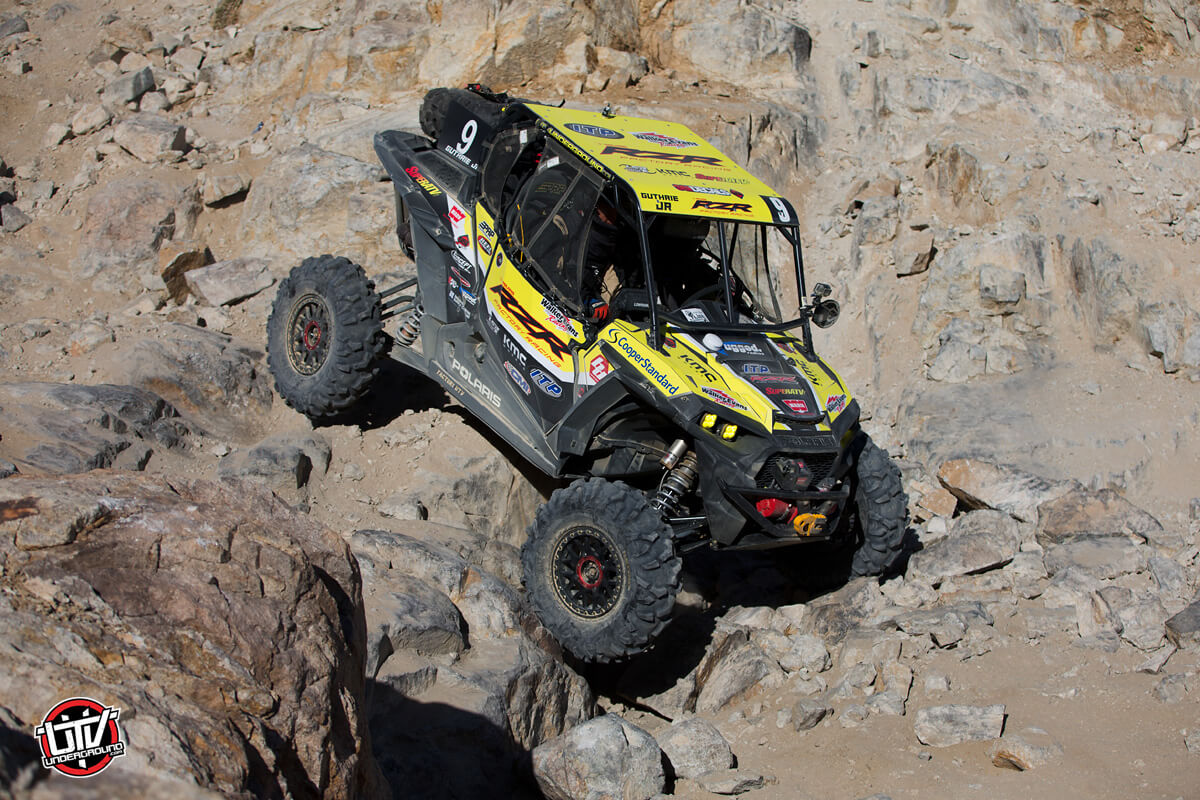 Now in its 13th year, King of the Hammers has established itself as one of the most intense off-road races in the world. Combining the top speeds of desert racing with incredibly challenging rock crawling, the event kicks off the annual Ultra4 Racing championship season with over a week of racing action among some of the sport’s top classes. UTVs are a key part of the event, kicking off KOH week with qualifying on Saturday and an eight-hour race starting on Sunday morning.

The Guthrie family will aim to continue its dominance of the event with two entries. Mitch Guthrie Jr. won the event outright last year, while his father Mitch Guthrie Sr., a six-time KOH winner, finished third. They’ll be joined by a number of KOH regulars, from UTV stars like three-time runner-up Branden Sims and Marc Burnett to Lucas Oil Midwest Short Course League champions and KOH veterans Johnny and CJ Greaves. Fresh off earning top rookie honors in the Dakar Rally, Casey Currie will also return as he looks to crack the podium after just missing out last year.

But the over 100-racer entry list features a number of other massive personalities. Bryce Menzies will take on the UTV race as part of a double-duty KOH week; he’ll also be competing in the brand-new Trophy Truck race that runs on Thursday. Other notable names that didn’t compete in the UTV class this year include Lucas Oil Off-Road Racing Series P1000 champion Brock Heger, Midwest Short Course front-runner Kyle Chaney, and Ronnie Anderson, who just swept the WORCS Pro and Pro Stock opener in Primm.

Last year’s KOH UTV race saw short course racers dominate qualifying, as Johnny and CJ Greaves started at the front of the pack. But the remarkably high-attrition event saw only 12 of the 118 competitors complete the 134-mile race in the maximum eight hours. When CJ Greaves rolled while coming down Sledgehammer Trail, one of the most difficult sections of the course, he handed the lead off to Guthrie Jr., who never looked back. After running with his dad for multiple victories in the past, 2018 represented Guthrie Jr.’s first victory in the UTV race on his own.

Pre-running and qualifying take place on Saturday, while the race itself kicks off at 8AM on Sunday. The event can be live streamed right here at UTVUnderground.com.