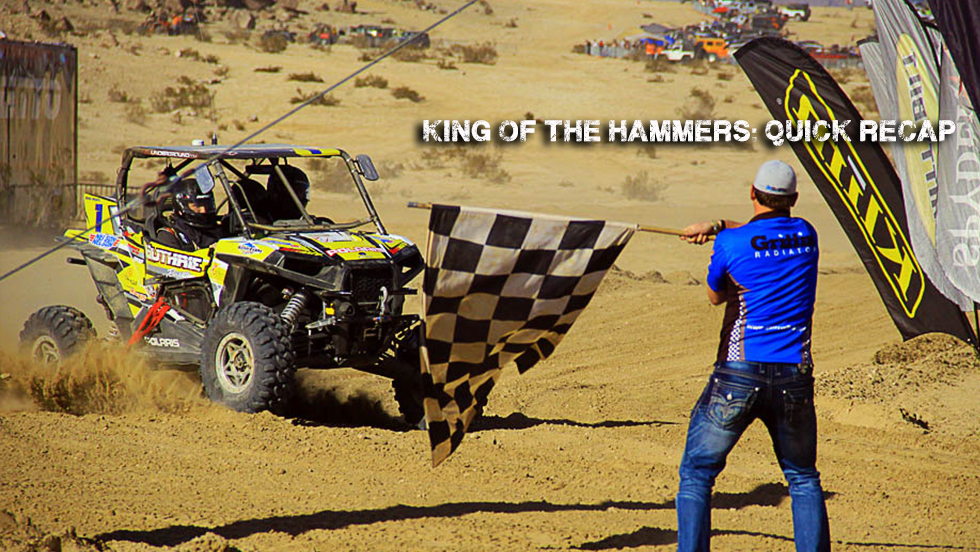 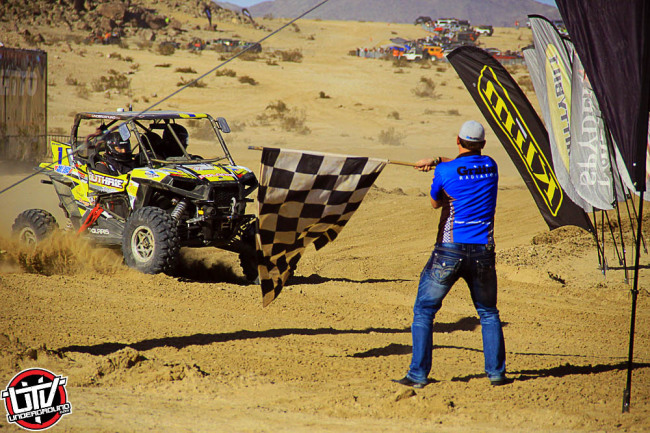 Polaris RZR King of the UTVs Presented by HCR

As well as all the rocks, whoops, crawls, drops and sand the 120 mile race course threw at the 34 Pro class competitors and 16 Sportsmen 5-time winner Mitch Guthrie had something else to deal with for 2015, a pot-luck draw instead of a qualifying session meant that the reigning champion started way down in 25th. But if anyone thought it would be a big disadvantage they were wrong as by Crowbar, the first rock climb, just 20 miles from the start he’d picked off 23 other UTVs and was right behind Branden Sims and Eric Miller. 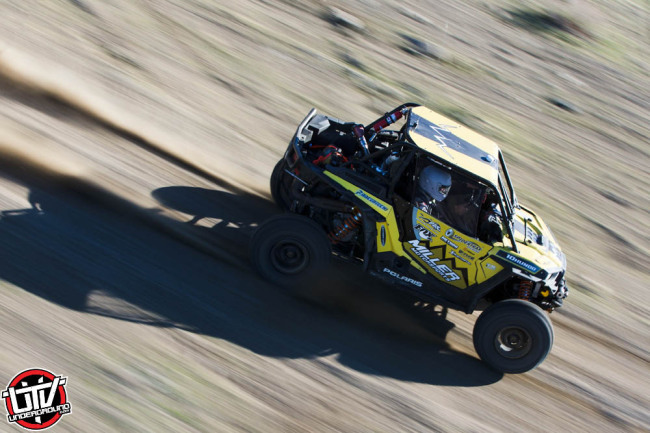 Broken wheels, drivelines and beached UTVs littered the trail out of the first canyon but it was Sledgehammer and then Jackhammer that caused the mayhem with tough winching sections causing bottlenecks and from then on it was Sims and Guthrie battling it out head to head, Guthrie sneaking through on shortcut that Sims didn’t see, Sims taking a better line on another climb and Guthrie getting back through when Sims had to stop to change a tyre. 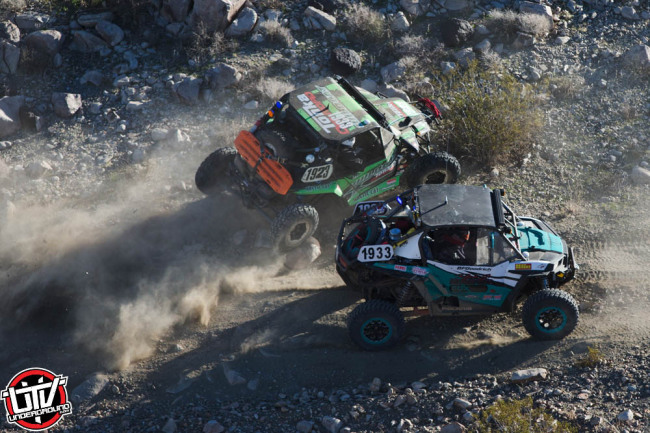 But the race was won for the 6th time in 7 years by Guthrie as at the bottom of Chocolate Thunder as Sims found that he had no front wheel drive… and the King of the Hammers is not the place to be with just two wheel drive. He was winched out into the spectator zone and it was well over an hour before Dean Bullock in the 1909 Arctic Cat came through. 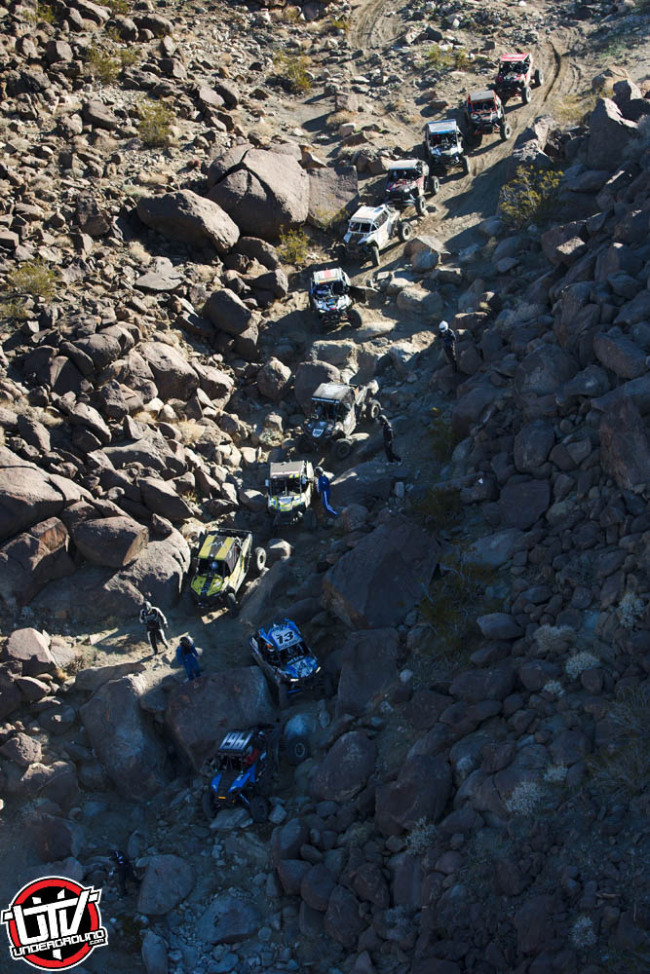 Miller suffered from a broken front axle. They managed to get the car back to the pits but the repair didn’t make it too far. Guthrie and his son Guthrie Jr took the podium but because of their utter domination it will be a long time before the 2nd placed team makes it home so at the moment the results are still provisional. 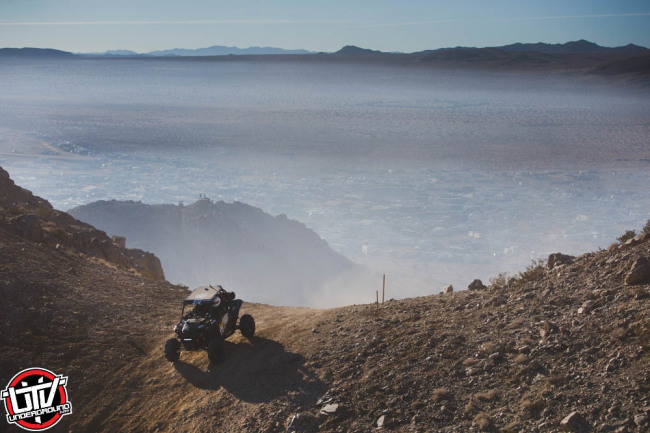 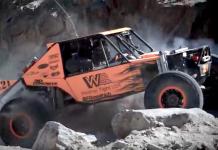