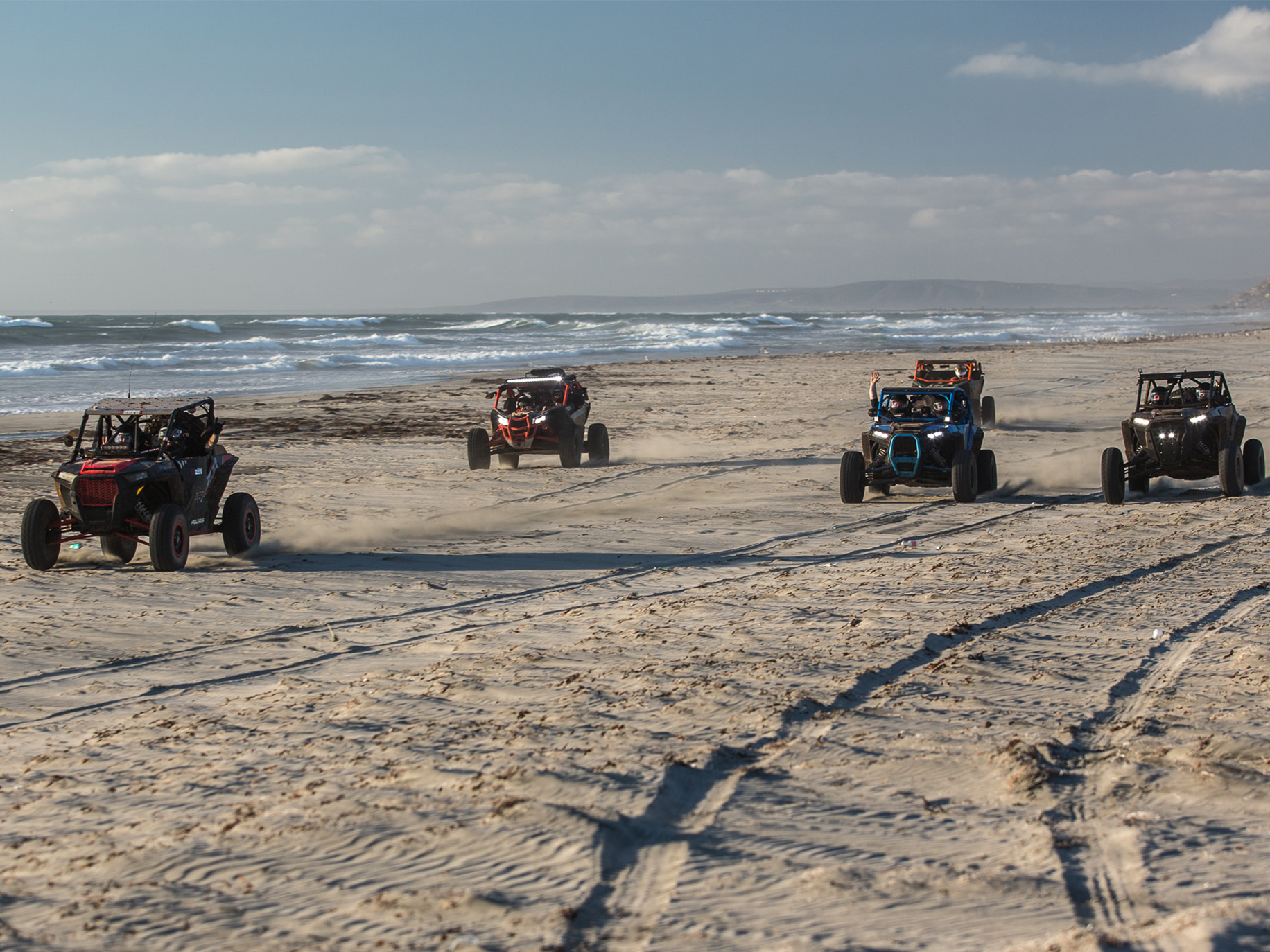 We started The Legends Rally simply with the idea of sharing our culture, off-road culture, with the new people who were purchasing UTV’s. They’ve ridden all of their local trails and are searching for the next adventure. They’ve heard of Baja and always wanted to go, just don’t have the means or knowledge to go by themselves. Like many ideas, it has expanded into a much richer experiential event involving travel, adventure, food, drink, off-roading and most importantly, friendship.

The Legends Rally Sea to Sky route is personally one of my favorites because it gives a diverse mixture of geography of upper Baja.

Day 1, we start at Estero Beach Hotel & Resort in Ensenada and head down the coast to Colonet, off-roading along and on the beautiful beaches, ending the day in San Quintin at Mission Santa Maria Hotel. Day 2, we head back north up the coast, than east up the Sierra de San Pedro Mártir Mountain range through stunning canyons to the remote Rancho Meling, which has been in operation as a ranch for over one hundred years. Day 3, we trek through the mountains for a quick stop at the famous Mike’s Sky Ranch to stretch our legs. We then head into Valle de Trinidad and back over the crossover road back to the Pacific side, ending back in Ensenada at Estero Beach. Three days of riding with oceans and mountains. Simply epic. 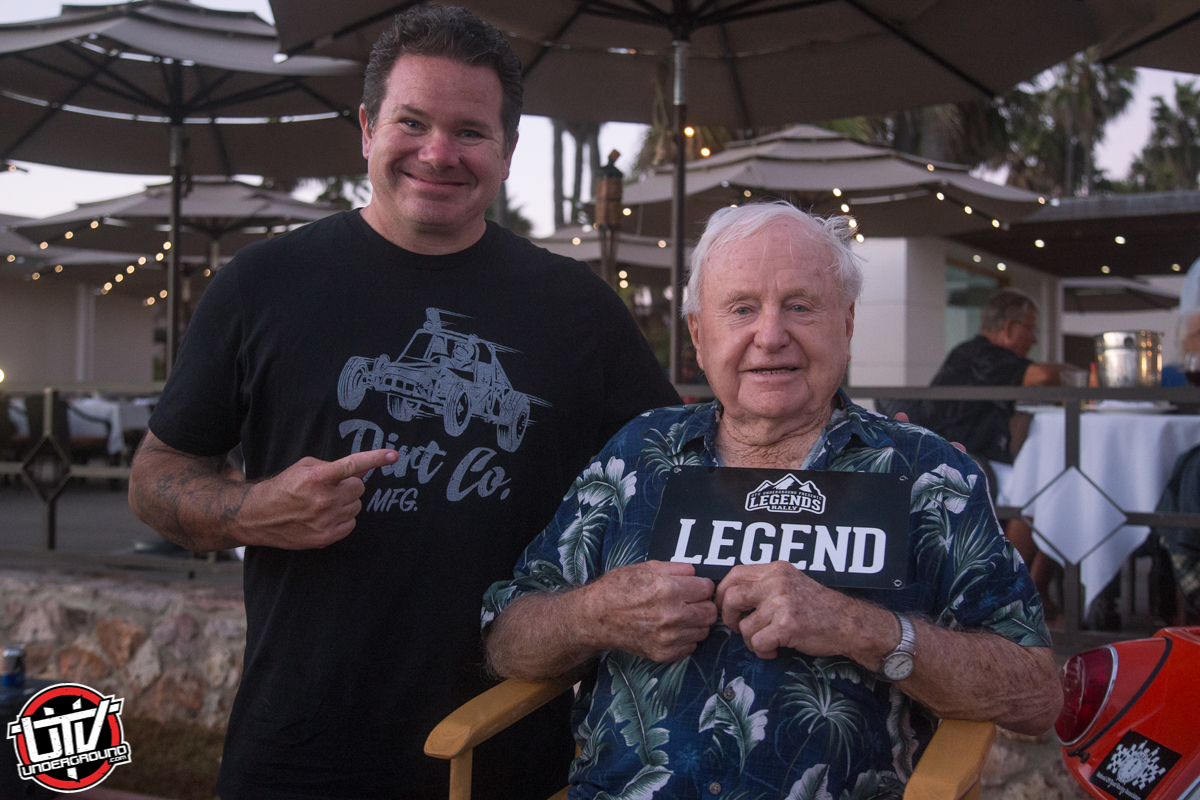 Our Legend for this ride was none other than off-road icon Bruce Meyers. Most known as the inventor of the Meyers Manx, Bruce is a true modern renaissance man. A surfer, sailor, guitar/ukulele player, artist, engineer and founding father of off-road culture, Bruce is still building and selling the original off-road buggy, The Meyers Manx, at 92 years young. Bruce didn’t just invent a vehicle, he invented the off-road lifestyle to which he is a part of to this day. Bruce and his wife Winnie continue to build and sell Manx vehicles out of their shop in Valley Center, CA.

A big part of travel is food and drink. On this Legends Rally we had a huge variety of meals ranging from the simple delicious mexican standards like carne asada tacos to more gourmet meals prepared by off-roader and Michelin starred chef, Drew Deckman. Deckman prepared a spread of locally sourced quail, oysters, sea bass carpaccio, ceviche and lamb. Drinks range from refreshing Mexican beers to Mexican wines and of course tequila and Obrosso Mescal.

The first day, we launched out of Estero Beach and headed south on the pavement to Santo Tomas. From there the dirt begins with a super fun rally style road that takes you all the way to the coast. No matter how many times I do it, coming around a sweeping corner to reveal the rocky coastline atop a bluff is always stunning. We followed the coast south along a mix of beautiful of rocky coves and sandy beaches, then stopped in Eréndira to tour Abulones Cultivados to get a up close look at the massive amount of effort it takes to raise abalone. Baja has become a mecca for all sorts of aquaculture due to its unspoiled and diverse coastline. Benito Altamira led us through a tour of the farm and explained the different steps of cultivation.

After the tour we loaded back up and headed south to Colonet where we stopped and had a delicious Mexican seafood lunch at Cueva de Pirata. The spread included two types of ceviches, stuffed clams, fish tacos and Seven Seas Soup. After lunch we continued down the coast where we finally got to drop down on the beach for many miles. We all stacked up and began to ride three to four cars wide along the Pacific Ocean. Where else can you do that? We stopped to take some group pictures on the beautiful beach and then headed to Hotel Mision Santa Isabel, one of the many Spanish colonial style hotels that run the entire peninsula. 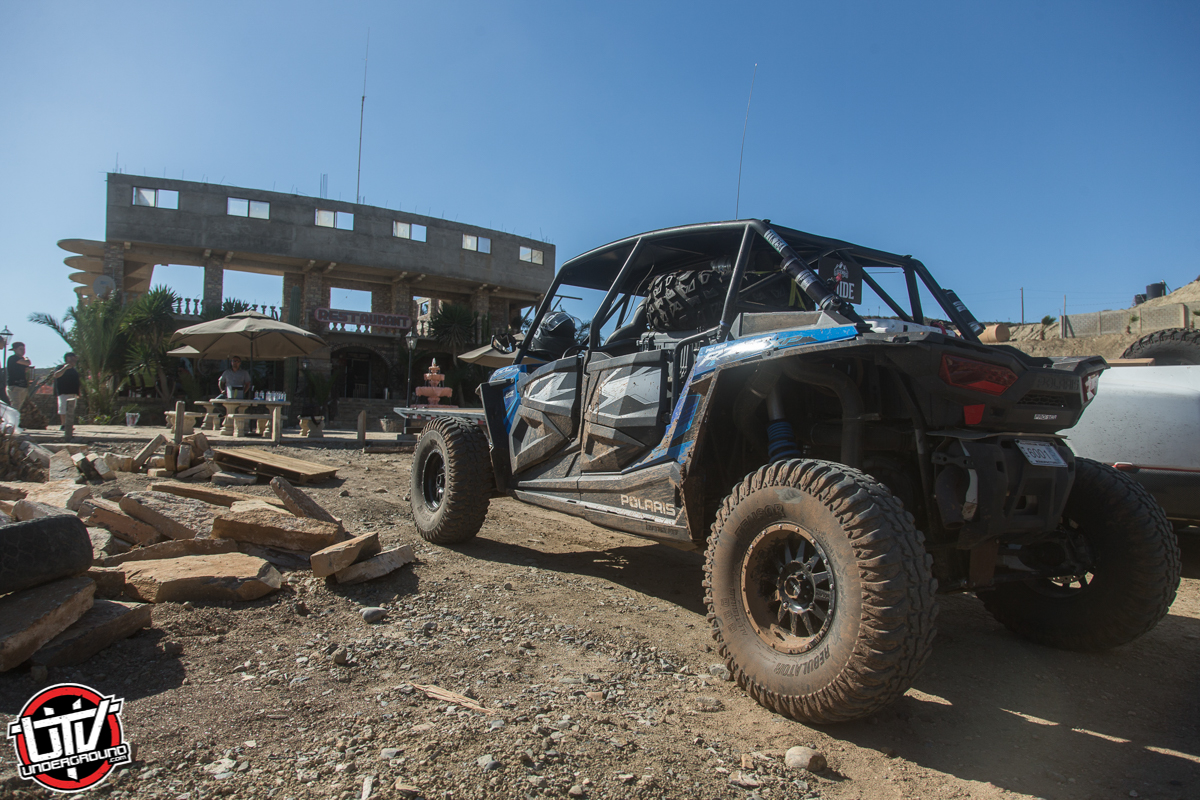 On day two, we backtracked North along the beach and back up the rally style roads along the bluffs until our lunch stop at Cuatro Casas, a famed surf spot and hostel just south of Colonet. Chef Drew Deckman met us there with a delicious lunch of pulled suckling pig burritos, chile de arbol sauce, Ramonetti cheese, dried fruit, homemade potato chips and big ass cookies. 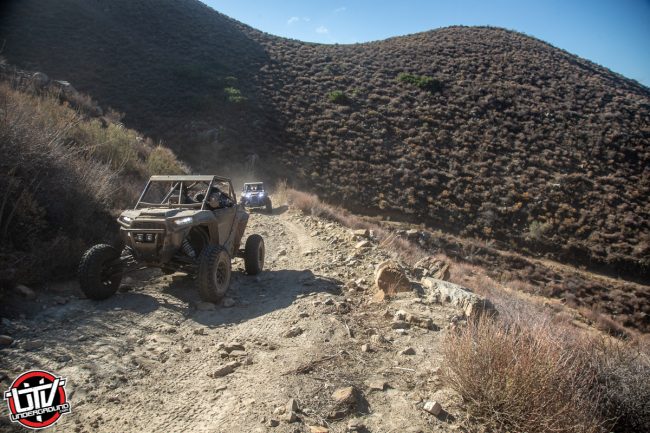 After lunch we headed Northeast with a brief transit on the highway, then began  our way through a series of farm roads leading into a massive canyon on our way up the San Pedro Mártir Mountain range to the remote Rancho Meling. The riding was technical but fast transitioning from sandy washes with multiple water crossings to rocky silty narrow climbs. The roads smoothed out after Rancho El Coyote and we were able to pick up the pace the last stretch to Rancho Meling. We arrived well before dark and were able to shower and enjoy the sunset watching Chef Drew Deckman and crew prepare what would be our best meal of the trip cooked with his mobile grill set up. The spread was massive:

Honestly everything was so delicious I tried everything and ate as much as I could.

The Mexican beer, wine, and mezcal punch was flowing and everybody was in a great mood. As avid MMA fans we ended the night watching the UFC 229 via remote satellite service then finally hit our beds. We had one more day of epic riding ahead.

After breakfast we took the back way into Mike’s Sky Ranch. The course was rocky and technical, so we kept a slow pace to conserve our vehicles picking our way up and down the mountain finally. We made a quick stop at the infamous Mike’s Sky Ranch to stretch our legs and share the bar area with some of the off-road history that adorns the walls. 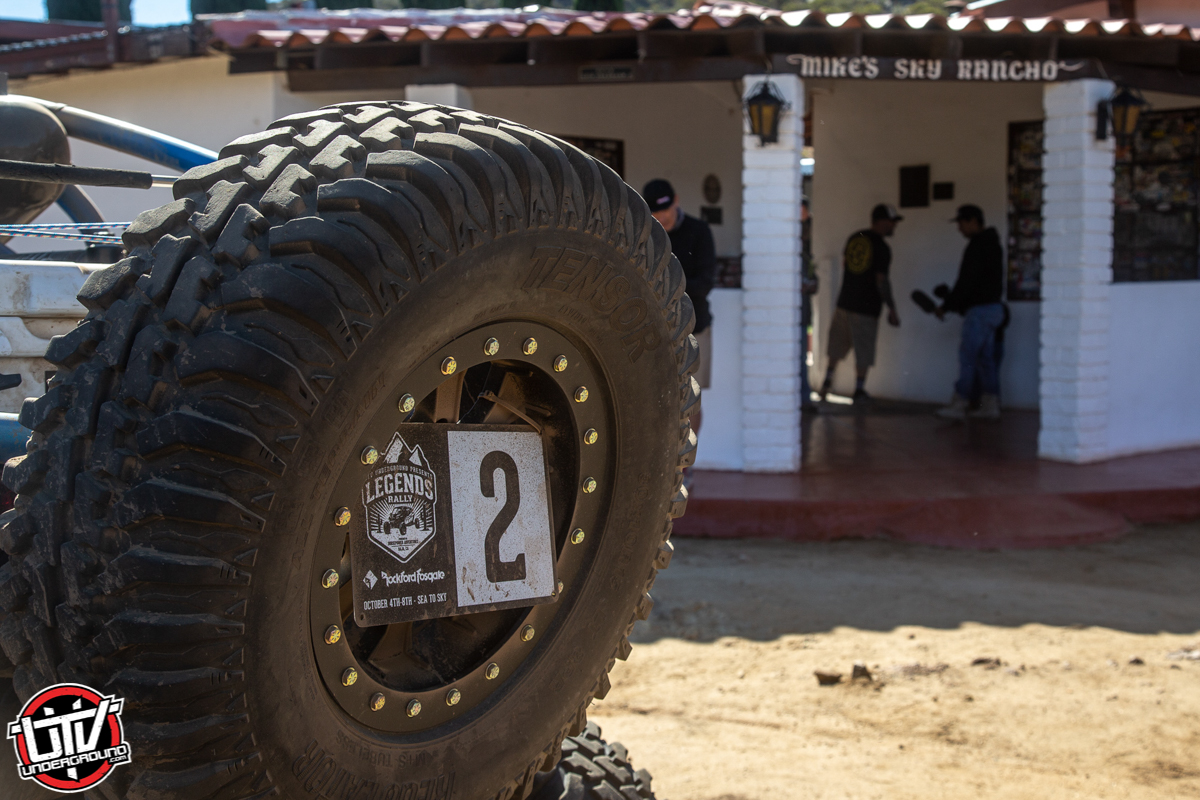 From Mike’s, we took the super fast and fun rally style roads into Valle de Trinidad where we stopped for mandatory carne aside tacos at El Ranchero. The El Ranchero taco stand is a mandatory stop and honestly it still baffles me that some of the best tacos in Baja are in the middle of nowhere. Add cheese and all the fixins for the full effect.

After lunch we hit the crossover road and headed back toward the Pacific coast. Most of the trails we were on are used for the Baja 500 or Baja 1000 one time or another. The crossover road is notorious for its relentless washboards but in a UTV it’s pretty comfortable. We did it in one hour.

After a quick break at the end of the crossover road, we headed back to the coast through San Vicente where we caught a few rough whooped out sections that were used recently for a local race. We quickly dropped down the cliff onto beach rocks before returning to rally roads heading back north to Santo Tomas.

I am constantly amazed at what these incredible little machines can take! We did 460 miles of some awesome Baja terrain with only a few minor problems. The last stretch was pavement back into the Estero Beach hotel where we were greeted by beers and beautiful sunset. All sixteen cars were in well before dark and our groups were dirty and tired but everybody was smiling. It usually take a few days after a Legends Rally to really process all the great times we had.

Join us on one the next Legends Rally’s:

If you would like to arrange a private UTV tour in Baja or America you can contact us here.