Home All Stories News Life On The Inside: Wes Miller In-Car 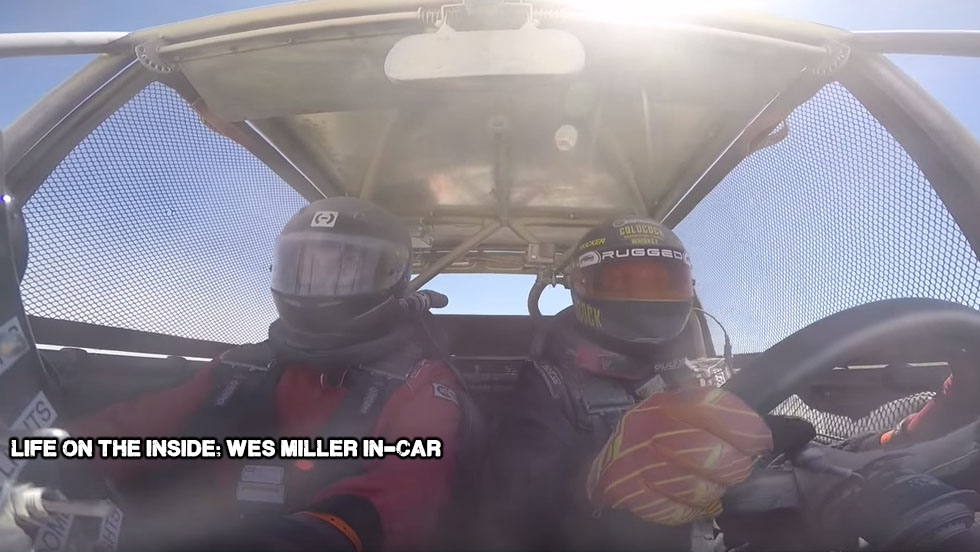 What you see above is rOtation Motorsports’ Wes Miller and his #1998 Pro UTV as it was being passed at top speed during the 2015 BITD Vegas To Reno and it did end so well for Amin Patel in the #1986 Polaris RZR. Patel, who decided to go for a pass with no siren, bump, or any type of warning ended up going for a serious ride. Luckily he an dhis co-driver were ok.

Wes Miller at the time was behind two other cars he was preparing to pass when the #1986 of Patel slammed into the side of him causing what rOtation Motorsports considers an unnecessary pile up. You see later a correct pass by S3 Powersports’ Dustin Jones in the Can-Am Maverick Turbo.

Be smart out there people! We didn’t know the extent of this crash until after the race when pictures were posted on Facebook. That’s when we pulled our GoPro Footage to see what exactly happened.

Photos below show the carnage that the #1986 sustained during their attempted pass….