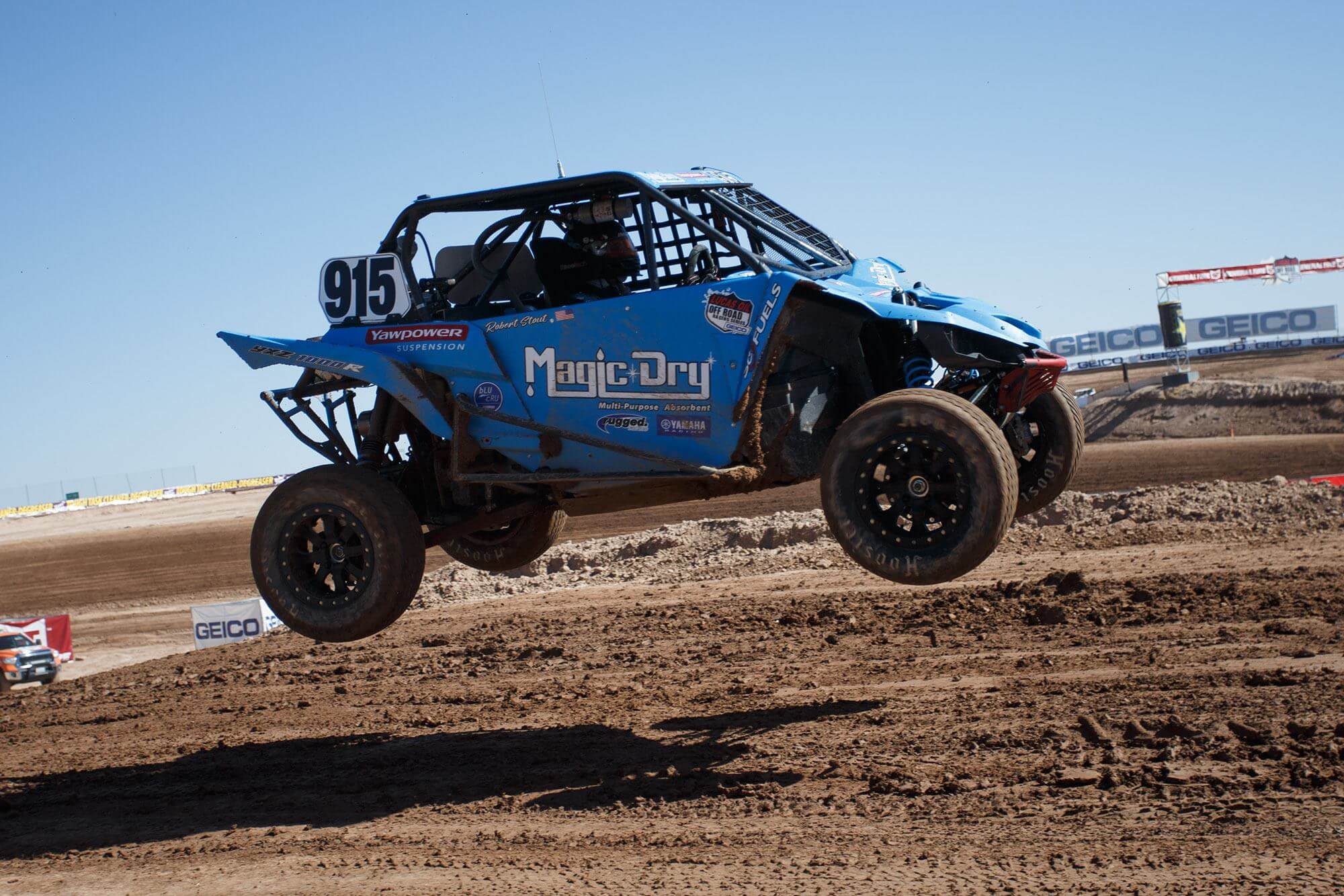 A highly dramatic 2019 season for the Lucas Oil Off Road Racing Series saw everything from a midseason schedule change to the introduction of a Challenge Cup race for both pro classes, and even a brand new youth class of Polaris RZR vehicles adding to the show. With the checkered flag finally flown on this year’s championship, here’s a look back at everything that went down—as well as a look ahead to 2020: 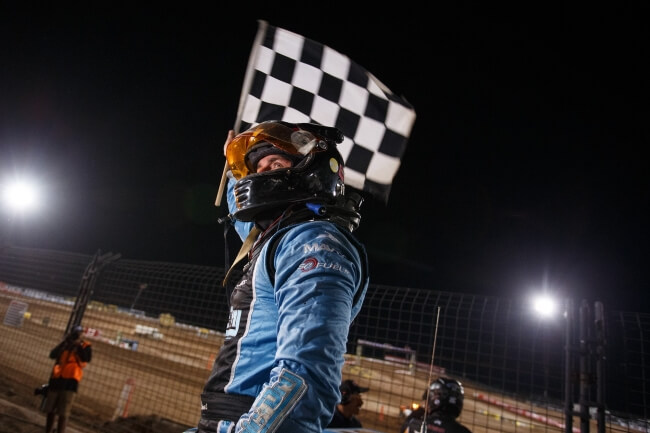 Brock Heger’s ascent through the off-road world has seen him become one of the top drivers in every class he runs, from Best in the Desert’s Class 6100 (spec Trophy Truck) offering to both Pro Lite and Production 1000 UTV action in LOORRS. But if you were predicting Heger’s 2019 results, as the defending P1000 UTV champion, that class may have seemed like the safest bet for him to take home the championship in. That bet got even safer when he took the season-opening victory at Glen Helen Raceway in March.

Enter Robert Stout. Consistent but winless in 2018, he made his first statement of the year with a win at Wild Horse Pass Motorsports Park in April, and followed it up with back-to-back runner-up finishes to Heger at Estero Beach in May to keep the points battle close. But Stout got a huge assist from Mickey Thomas, who won the first July race at Wild West Motorsports Park as a stand-in, as Heger faltered. The second day of racing in Nevada proved a wash thanks to a surprising podium of Robby Hornsby, Ryan Lindsay, and Cole Keatts, but the championship table had already turned.

Heger ended the season with a vengeance by sweeping the month of October, winning both Glen Helen races and the Wild Horse Pass season finale. But Stout’s finishes of second, second, and third proved to be just enough to steal away the title. The real difference? Stout earned 14 of a possible 15 bonus points for qualifying in the last three races to Heger’s nine—and won the championship by five points. 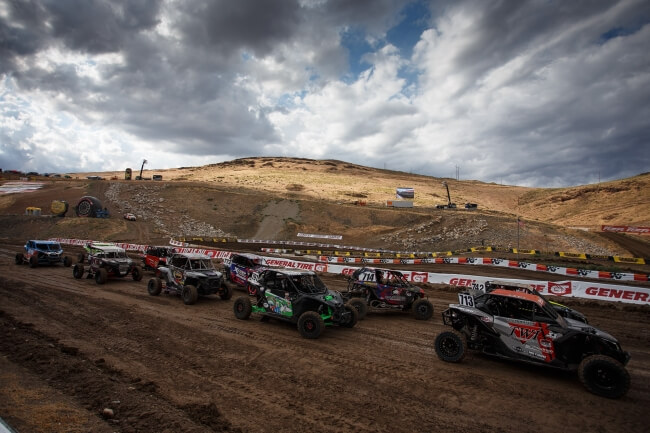 Last year’s inaugural Turbo UTV season saw Corry Weller take home the championship over Paul O’Brien. Weller opened her title defense with four victories in the first five rounds, but after taking her last victory of 2019 at Wild West in July, she had to withstand a spirited challenge from Ronnie Anderson late in the year to retain the number 1 plate for the 2020 season.

Anderson started the season with back-to-back third place finishes at Glen Helen and Wild Horse Pass, but really turned up the heat in the final four races of 2019. After a third at Wild West, he posted a 2-1 weekend in the second visit to Glen Helen, tacking on eight bonus points for qualifying to Weller’s five to shrink his deficit to 11 going into the season finale. Anderson posted a perfect weekend in the last round, but with Weller coming home second, he could only shave a further five points off the margin. Chance Haugen, Trevor Leighton, and Elliot Watson completed the top five.

In the inaugural Challenge Cup race between Turbo and P1000 competitors, Robert VanBeekum claimed bragging rights for the Turbos by scoring the win over Heger. It was the highlight of the year for VanBeekum, who posted just one podium finish and ended up 10th in the Turbo standings after placing sixth last year. 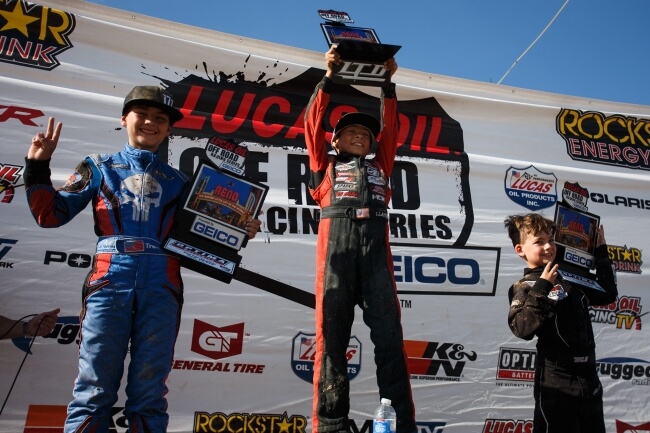 George Llamosas held off TJ Siewers in one of the highest-quality championship battles across any LOORRS class in 2019. Both drivers finished on the podium in every round of the inaugural RZR 170 season, with Llamosas’ four-race winning streak thanks to sweeps at both Wild West and Glen Helen in October proving the difference.

Siewers didn’t score a victory, but his consistency was still good enough to put him within seven points of the top spot when all was said and done. Other race winners included Ryder VanBeekum, who took the inaugural checkered flag in the class at Glen Helen in March, and Ryder Chapman, who swept both rounds at Wild Horse Pass in April and October. 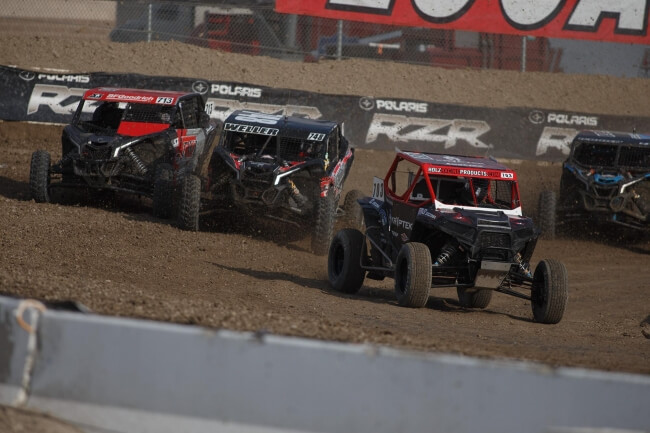 The week after the completion of the 2019 season, the Lucas Oil Off Road Racing Series unveiled its 2020 calendar:

The new schedule returns the championship to 11 rounds after running only nine in 2019. It also removes the large gap between July’s visit to Wild West Motorsports Park and October’s second event at Glen Helen Raceway by moving the Lucas Oil Speedway event to August. It also swaps out the annual trip to Estero Beach Resort in Mexico for a return to Utah Motorsports Campus.